Really Random Thursday, 2/9/17: The Carmel Edition (and other assorted things...)

Since these pictures will be all over the place, maybe chronological order would be a good idea.

About three or four mornings a week, Mark makes breakfast for me. I go pick up the medical dictation I need to do for my "real job," call him from the parking lot so he knows I'm on my way home. I walk in the door and something like this is waiting on the kitchen table for me. An unexpected and fabulous benefit of his retirement! 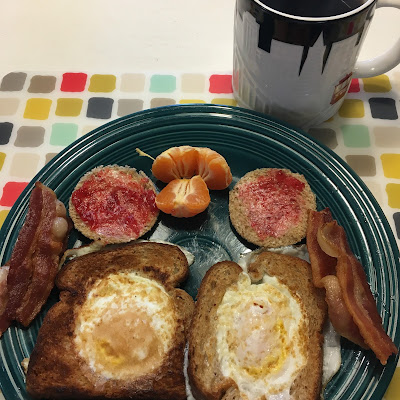 I managed to get some sewing done before the weekend. 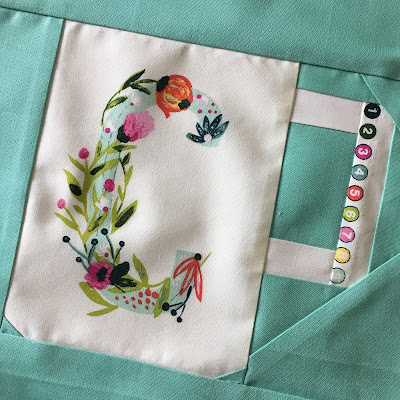 The first block of a sew along from Sharon Holland and Maureen Cracknell, the Sewcial Bee Sampler. 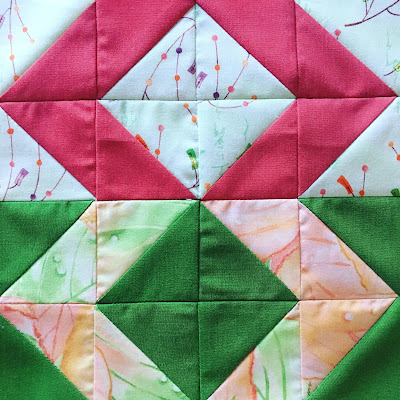 A block for Shelly, part of my July quilting group, Grubers Girls. 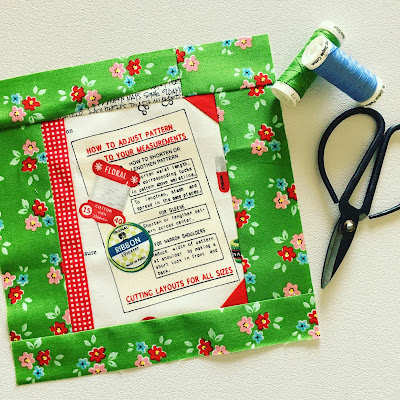 And two blocks for Mary, also a Grubers Girl. 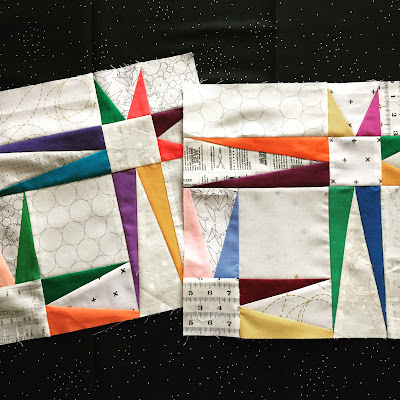 Authorized Vac and Sew had their grand opening after moving into their fabulous new store. Lots to eat and drink, along with this cute cake. 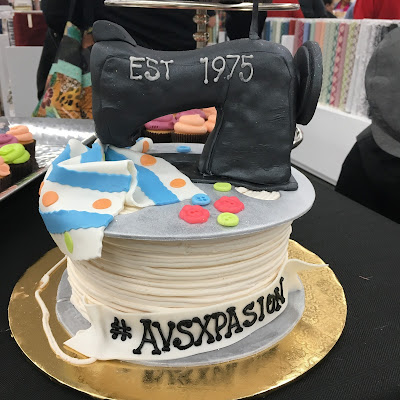 Since the restaurant certificate was very generous, we wanted to share it with someone, so we invited Travis and Shannon (Travis is the son of my cousins, Terry and Cathy, and his wife, Shannon, takes our family pictures every year). They live in Santa Cruz, about an hour from Carmel. We had the best time. Travis is a musician, artist and beekeeper, and Shannon, along with being the best photographer we could ask for, also coaches several sports. 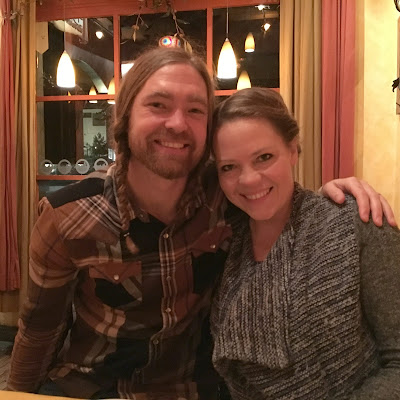 The restaurant was Mediterranean, and the food was very good. 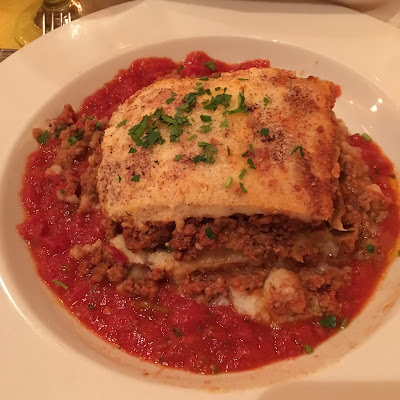 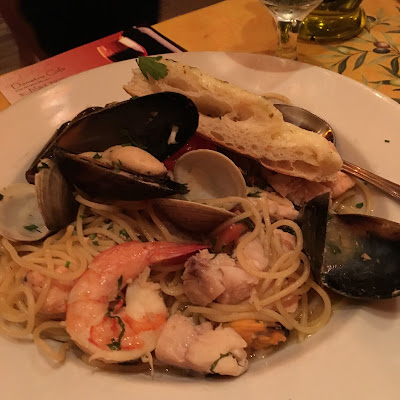 It was quite a small restaurant, and someone was celebrating a birthday, so about midway through our meal, everything came to a stop as the chef came out to sing and the rest of the staff grabbed instruments to accompany him. 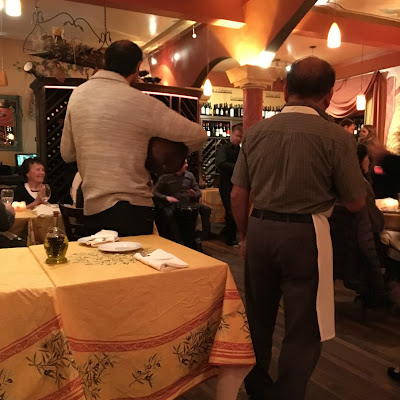 Many of the guests got up and started dancing. It was quite lively and really added to the evening. 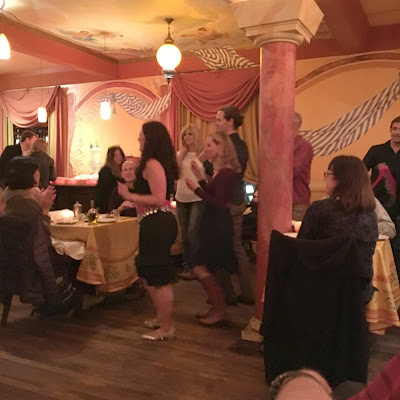 Here's something you hardly ever see anymore--in the lobby of our hotel was this collection of cassette tapes, available for playing during the nightly wine reception. (Interesting hotel tidbit: the hotel advertises this, along with morning bagels, as complimentary. However, a $20/night amenities fee was added to our bill--which doesn't seem very complimentary to me!) 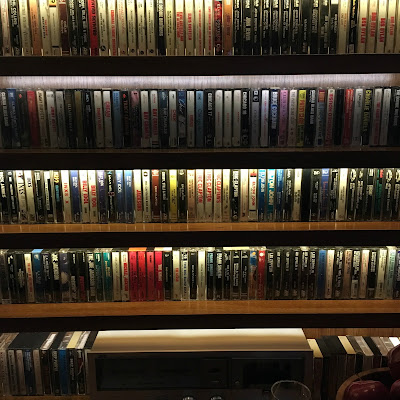 Sunday was the Super Bowl and we had planned to go to the bar and grill next door (whose walls looked like this). 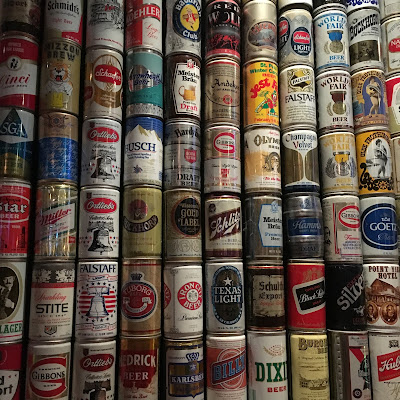 But it was noisy and crowded so we watched in our room, which was really lovely.

I actually paid pretty close attention to the game, even though I was also doing some English paper piecing. 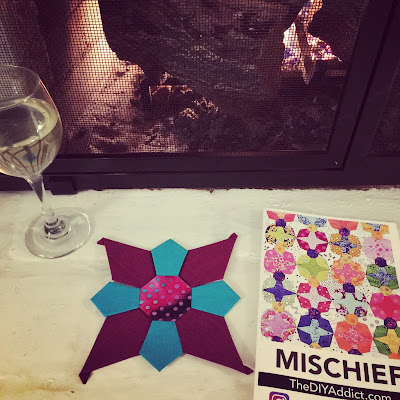 The next day we drove over to Pacific Grove to watch the waves. It's so hard to photograph waves. For awhile we watched from the car as it was kind of drizzly. 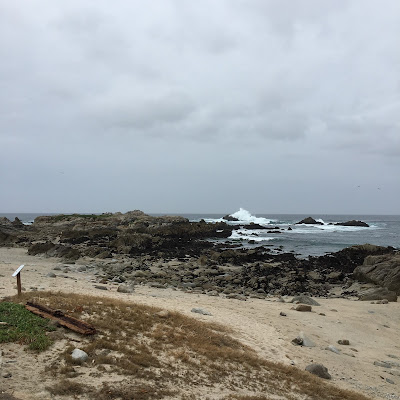 Then we decided to brave the elements and climb around on the rocks. 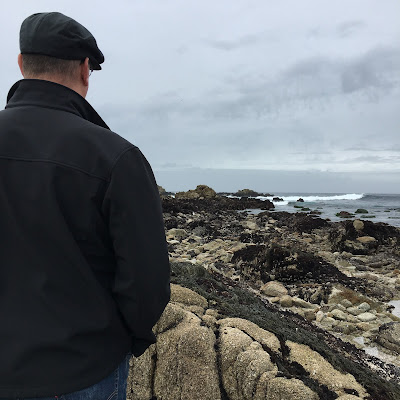 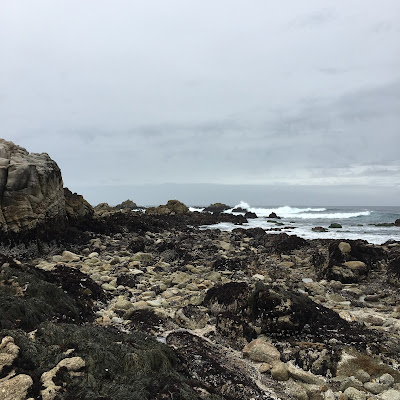 Interesting things seen in some tidepools. 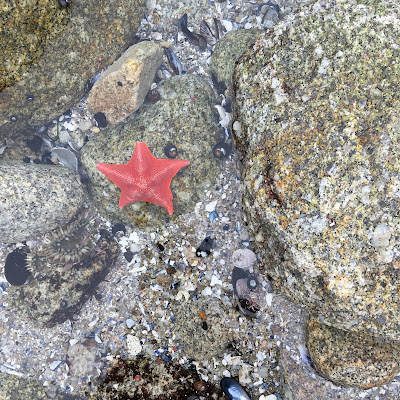 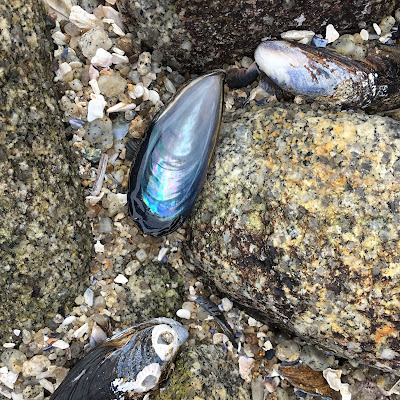 And also someone building an inukshuk. 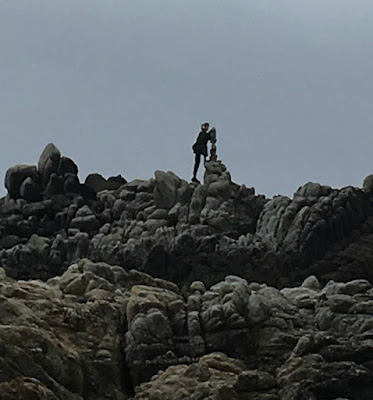 We had dinner with a beautiful view. 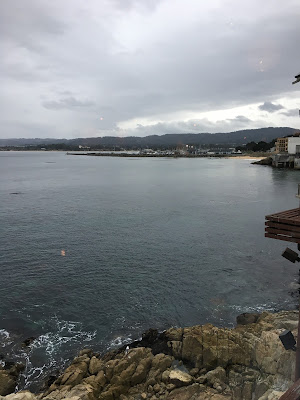 I never get tired of watching waves hitting the rocks. 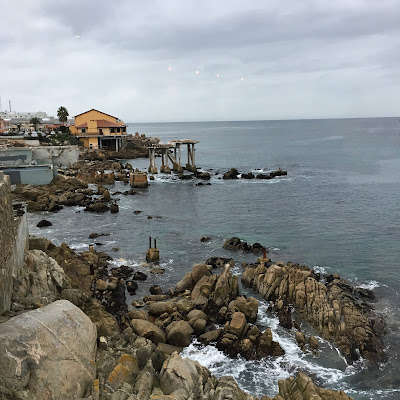 We have been having so much rain here in California. We saw this sign on our way home--definitely something we haven't seen in a very long time. Ignore the crack in our windshield... 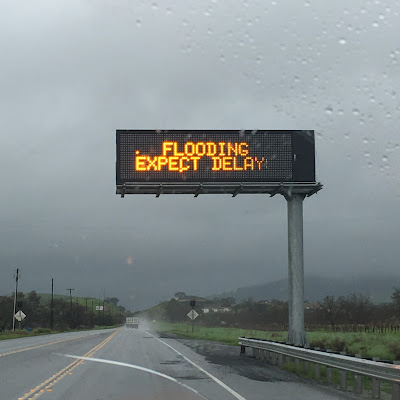 But we were totally unprepared to actually encounter flooding. We made it through quite easily, but we are pretty sure it got worse later in the morning. 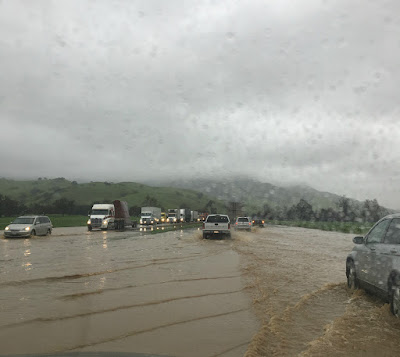 I have always meant to photograph this, and it was hard to get a great picture, but on Highway 99, at the midpoint of California, are these two trees side by side: a deodor cedar representing northern California and a palm tree representing southern California. I know this is a weird angle so they look smooshed together but it's pretty cool. 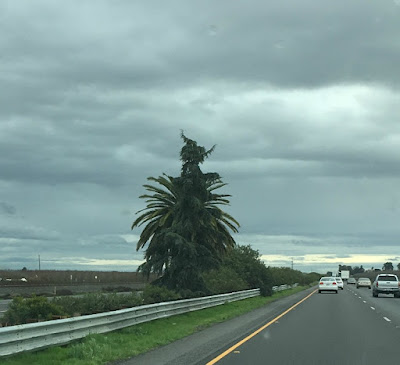 Here is an image I grabbed from google.

And because I always like to end with a word of wisdom, here you go: 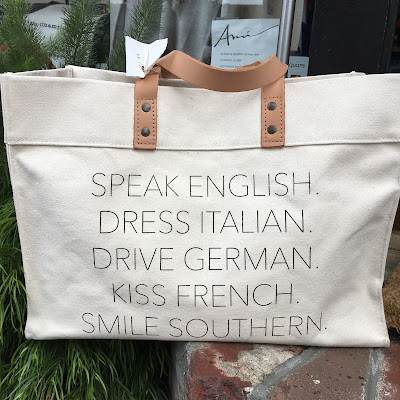