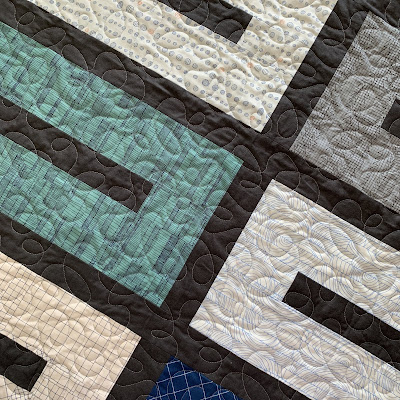 Six months ago, a young man in our church, Kyle, and I became members of a new "club"--one that neither of us would ever have wanted to join. I was diagnosed with breast cancer, and Kyle was diagnosed with brain cancer. Oh my, such a devastating diagnosis for a senior in high school, just at the brink of so many new and exciting things in his life. 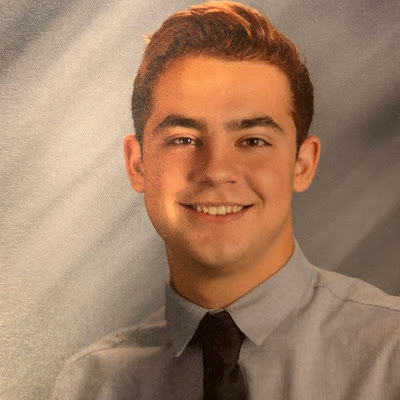 At that point, I doubt that I was ever on Kyle's radar. Other than being friends with his parents, why would I be? He was the lead drum major of a local high school band and active at church as well. Nearly overnight, he was in ICU, undergoing shunt placement, and getting ready to begin radiation treatments. He began radiation in January, the same month I began my treatments. I was only scheduled for 16 treatments, a walk in the park compared to Kyle--he was scheduled for 32.

Somewhere around this time, once I was feeling like I could begin sewing again, I knew that I needed to make a quilt for Kyle. He needed a quilt--and I needed the therapy of focusing on someone else. Win-win. I didn't spend too much time overthinking what a high school senior boy would think about receiving a quilt from a 66-year-old. 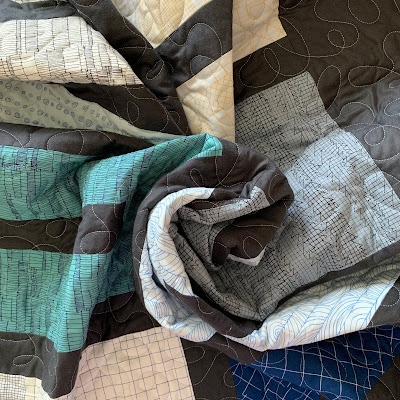 The Cabin Quilt pattern by Karen Lee (@quiltaposy) seemed like the perfect choice. I went through my stash and chose fabric from Carolyn Friedlander's Doe line, along with some charcoal fabric (side note: I'm not sure who the manufacturer of the solid fabric is--I know it's not Kona--but wow, did it ever ravel!!) 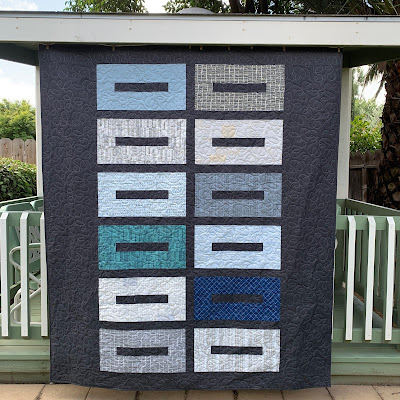 I was able to make the quilt top in a day when I was at quilt camp at Hartland in April. I decided on a wide back Grunge for the backing and then it was beautifully quilted by Darby Myers. 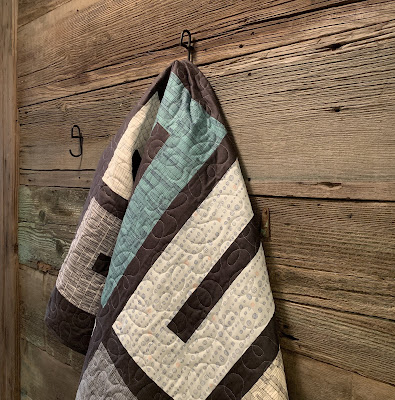 My favorite block--because it looks so cool against the barnwood and green paint. 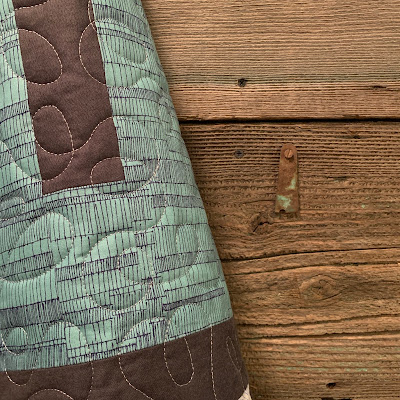 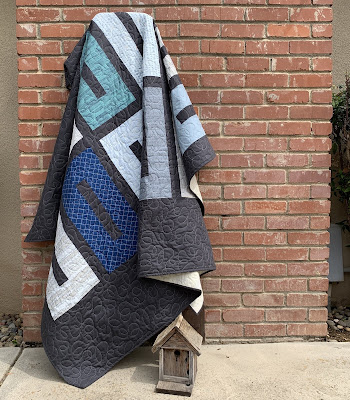 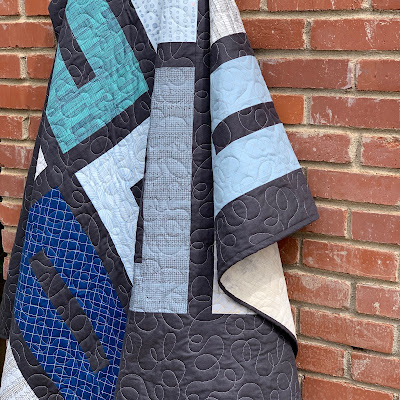 Yesterday, I took it over to Kyle. He was gracious and charming. I think he likes it. He called me his "cancer buddy." We are optimistic about his future. He's regaining his energy, attended his senior prom and is graduating next week. I'm praying for good news on his repeat MRI scan next month. Although our paths are very different, we will be forever bonded in this journey. 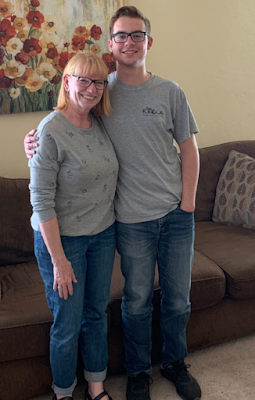 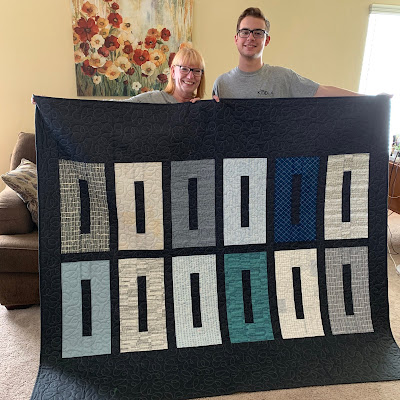