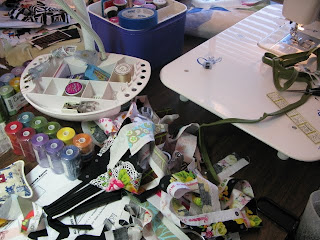 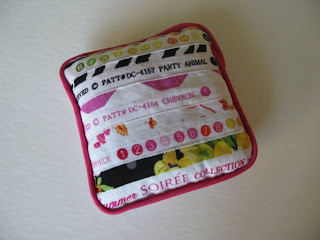 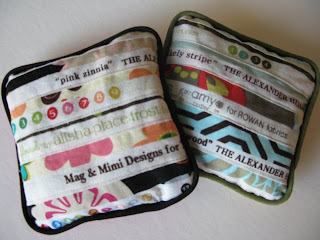 I can picture them larger as a cute throw pillow.

(Does that totally decimate your original idea?)

Those are so CUTE!!

I'm glad I'm not the only one who procrastinates! :-)

Oooh I agree with K! Throw pillow! I COuld have ,looked at those pin cuhions all day long!

what a great last minute idea...we do a lot of shows so I can appreciate how full your day must have been. best wishes for your show.

Hey, I'm interested in this quilting -garden idea. I will check the site out. We are getting ready to announce our plans for our "giving" garden. Stay tuned to my blog! And recently I was on a blog where the lady made "selvage" purses. It might have been a link to your site. Love, Janice

Awesome idea! You're so crafty!

Last minute..... well, they ARE edges and if you had done them way ahead of the show, you wouldn't be living on the edge. Way cute!