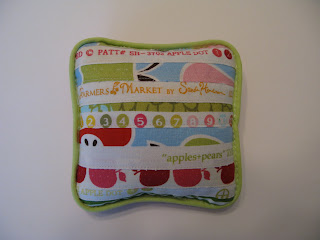 First of all, thanks for all the great feedback and suggestions on my etsy shop naming dilemma yesterday. Here is the update:

After elpf did an etsy search, she found there was already a seller by the name of "Selvedged." That happens to be the British spelling, by the way. But for my purposes of trying to have a unique seller name, it knocked "Selvaged" right out of the ring.

Then my niece, Becky, sent me an email with the suggestion of "Sew Edgy." As soon as I read that name, I knew that was it!!! So I was already writing my blog post in my head when I thought, hmmm, maybe I should do an etsy search on that name. Bah. There's an etsy seller named "Sew Edgy Designs." So that became a non contender as well.

But Becky had another good suggestion.

So in one ring, we have the reigning champion, weighing in at 17 characters,

And new to the fight, in the other corner, we have the new contender, weighing in at 15 characters,

Sewing on the Edge

I like them both a lot, although maybe questioning my sanity is not good from a business standpoint. On the other hand, sewing actually saves my sanity.

I also like the other name because it incorporates the idea of selvages while at the same time leaving product options wide open.

Same rules as yesterday. The pincushion is still up for grabs. If you commented yesterday, go ahead and comment again today. That way you will have two votes thrown into the ring for the prize. 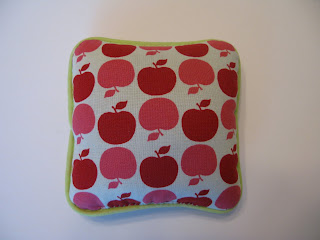