What? You were expecting some confession like I used to be a belly dancer? Or CIA operative?

Sorry. Nothing nearly that interesting.

Probably like many of you, I have gone through multiple creative phases. And Mark has never voiced a single complaint (he's such a keeper).

I won't bore you with all of the phases, but one that was quite long-lasting was china painting. It's kind of an old-fashioned art form, and compared to quilters, I would venture to say that there are relatively few china painters. While I did take a couple of classes, I was largely self-taught. I have found out that I'm a visual learner so gathering as many books as possible (that was waaaaay before the internet) and all the supplies I needed, the china painting began. Unlike acrylic or oil painting where you can begin with darker colors and add highlights with light/bright painting, with china painting you start with light transparent layers of color and build up the depth layer by layer, usually firing a layer of paint, painting some more, firing again, painting...And then you can add the embellishments--enamel, gold--and fire it again.

So why am I mentioning all this? Because in my effort to simplify my life and get rid of "stuff," nearly all the china painting items are going, going, nearly gone. I have long since gotten rid of all my supplies. I am now ready to get rid of these:

My blue forget-me-not phase (I think I used this punch bowl at a bridal shower once). 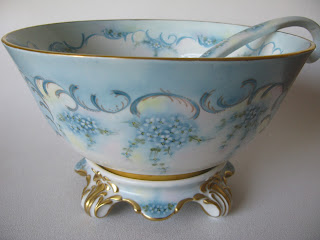 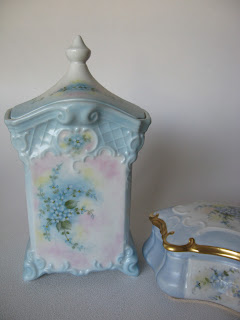 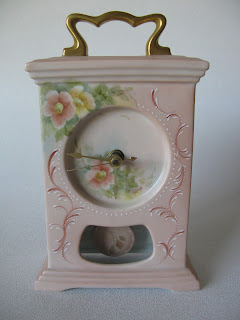 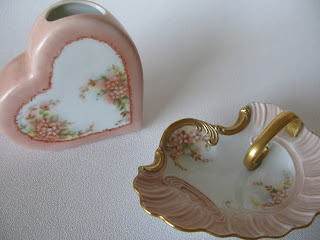 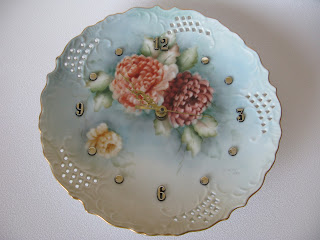 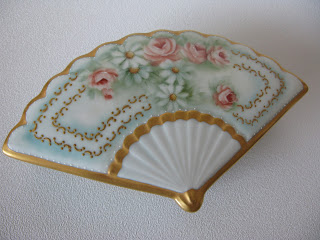 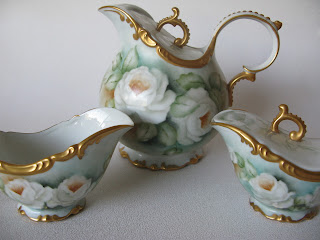 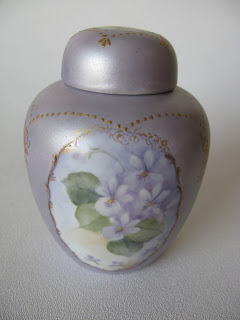 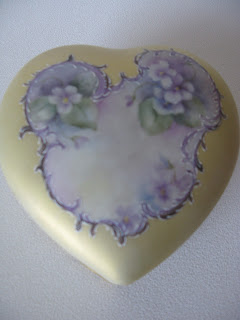 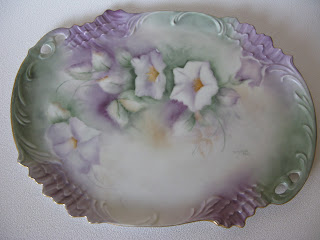 These are the keepers: 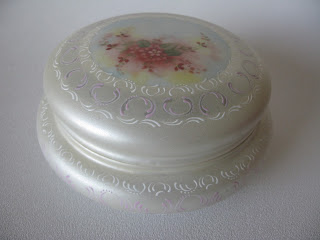 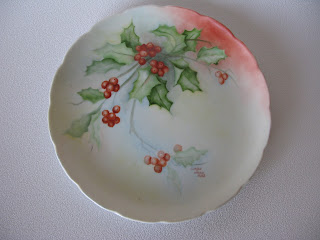 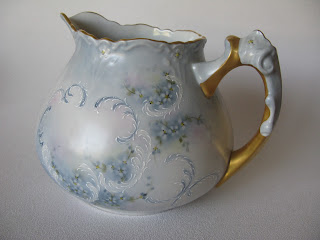 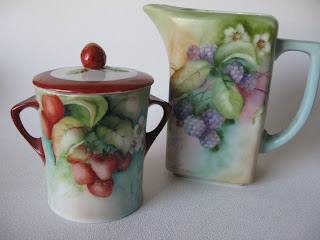 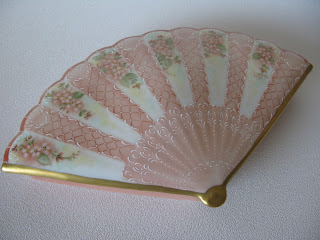 I'm honestly not sorry to be clearing out some shelf space, even though these pieces represent a major artistic phase in my life. Many were entered in the county fair and garnered ribbons. I even got "best of show" one year. But it's just not my style anymore, or my daughter-in-law's style either. I'm only keeping a couple of pieces, you know, in case my grandchildren at some point become sentimental. Or in the unlikely case that Pottery Barn and IKEA are "out" and Victorian is back "in."

In the probable event that I wish I could remember what some of these things look like, I'm sending the pictures to Christa and she'll use her Fairytale Pumpkin skills and make me a little memory book.

In case you are wondering why I don't give them away to my friends and family. Well. Been there, done that. And besides wouldn't that just be transferring my stuff to someone else who might also be trying to simplify?

And I can't let go of these two little plates that Aaron painted when he was small. His kids might get a kick out of eating their PB&J off of one of these. 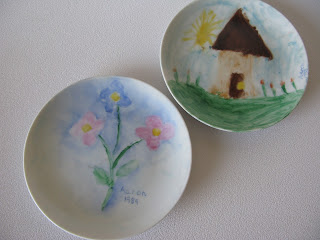 Email ThisBlogThis!Share to TwitterShare to FacebookShare to Pinterest
Labels: simplify