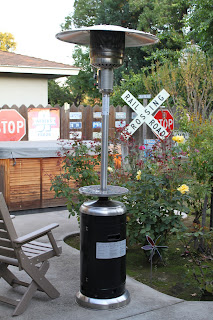 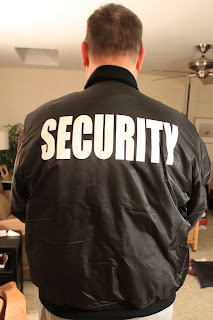 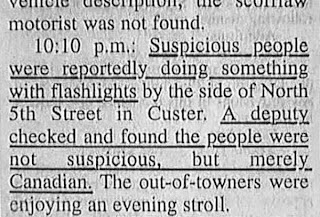 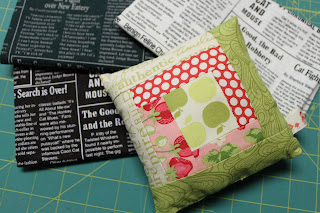 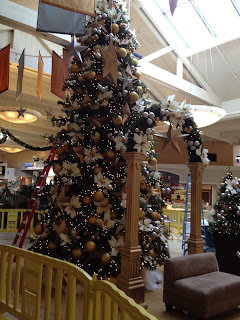 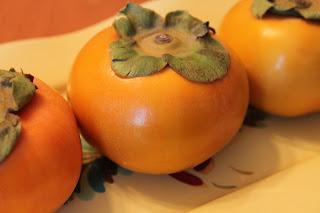 I didn't realize being a Canadian was a suspicious activity. Maybe we just carry flashlights because it gets dark here early. I even have one on my keychain!

Great post, again. Love the Canadian blurb--very funny. How do you serve your fuyus? My SIL slices them across the fruit, mixes up a concoction of honey and white vinegar, splashes that over them then sprinkles poppy seeds over that. My grandmother used to have a recipe for persimmon bread, but I haven't made it in ages (maybe today as I bought 4 persimmons from a roadside stand and need to use them up).

Happy Vertical Day of the Century to you, too!

You guys do have the MOST INTERESTING backyard!

I'm bothered too by all the Christmas decorations out already. We even have someone on our street with their lights up and ON. Thanksgiving is my favorite holiday too...

A local clothing store was playing Christmas music the day after Halloween. We walked out and didn't shop. Disturbing indeed!

I wonder if those "suspicious" Canadians told the deputy to fuyu. Nah, doubt it - we're waaaay too nice for that!

Bwahaha, I was always suspicious of the Canadians with flash lights when I lived there... ;o)

As for the tree, we have a giant reindeer that arrived about 2 weeks ago on Argyle St, one of the main shopping streets in the middle of Glasgow. It's rather random and has no friends nearby yet, I'm not sure what the council was thinking!

Ha, I've been wondering what a fuyu was for a while, now I've seen a photo I know it's a sharon fruit/persimmon lol I'm guessing these must be new and exciting round your way then?

You'd best beware us suspicious Canadians, especially when armed with flashlights! All the better to hunt moose with!

I am not sure which bit was the most mental!

Hey Cindy, wishing you a happy random Thursday and vertical day eve! Cute Canadian reference there...will have to share that with my oldest. I just enjoyed reading an entire week of your blog posts (that's how far behind I am). Thanks for the smiles. I also learned that Randi of I have to say is also the genius behind fresh squeezed fabrics....didn't know that....I really need to get out more;-)

I'm annoyed about Christmas decorations this year also. Nordstrom's although is making a stand. They had a note on their doors saying they would be celebrating Thanksgiving and on November 25th they would be decked out. Love it!

Happy vertical day! I've not heard of a fuyu....how do you serve it?

*raises hand* I'm also disturbed by the obnoxious practice of now decorating two holidays out (least that's what's happened around here all year) What happened to the days of giving each holiday it's rightful celebration?!? (and then obnoxiously redecorating seemingly overnight for the next holiday ;)

Great post! The blurb about the flashlight-toting, 'suspicious' Canadians had me snickering.

Eric made an extra trip to pick up a fuyu persimmon for me to try. Um, not so very tasty. I cut it into slices like I would an apple. Took a bite, and very odd taste. And my gums all around teeth became very very dry. A gritty sort of taste. I thought it was the peel. So the next piece I cut the peel off the fruit. Same thing happened. Had to drink and swish water all around. I was expecting more juicy and more fruity. There was not much of a taste. More explanation please. Why do you like this so much?