Farmer's Wife Friday: The Brightest and Happiest Place on Earth (Take 2) and Partners

Last week, my sewing room was not the brightest and happiest place on earth, at least not once I attempted #43, Garden Path. Whew. Some of you made very kind comments. Apparently you failed to enlarge the photo, otherwise you would not have been so nice.

In case you forgot what it looked like, here is Take 1. See all the puckers? None of the burgundy strips match. Ugh. Y-seams galore. 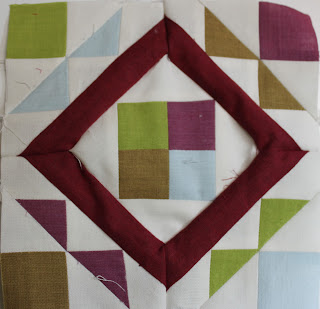 The problem was that I wasn't sure how to correct the problems. I downloaded the paper piecing template, and saw that the construction was completely different than the exploded diagram in the book. I didn't paper piece this block, but I did follow a different "path" through this garden. Ultimately, it didn't lessen the number of Y seams, but I was able to make a block that is "good enough." And much better than last week's attempt.

#43, Garden Path. Take 2. The seams don't come together properly at the points on each side, but I figure they will be so close to the seam allowance when the blocks are sewn together that it won't be so obvious. Like I said--"good enough." 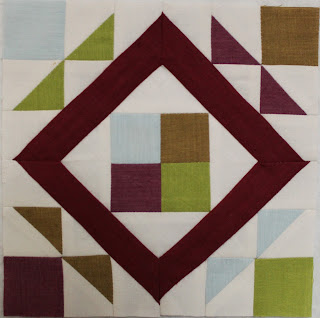 The other block from last week was #37, Flower Pot. 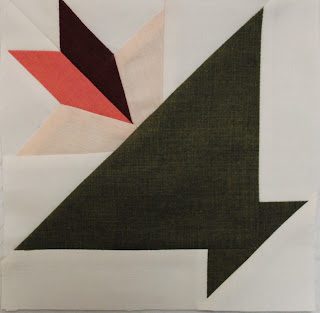 Oh, and before I forget. The farmer's wife from last week was from Oklahoma. She started by mentioning that "home economics have been put within the reach of every farm girl, so that even though a mother may be a poor cook or an indifferent housekeeper, her daughter need not be...courses include cooking, baking, canning, preserving and general household management." I think schools have made a big mistake by taking home economics classes out of the curriculum. 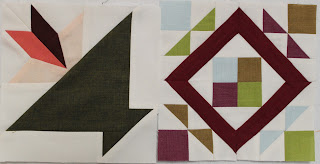 This week's letter writer is also from Oklahoma. And this farmer's wife was an independent and forward-thinking woman. "Born on a farm, I hated everything pertaining to farm life as I knew it as a child." And then she met a young farmer...and they came to an understanding, the first thing, that "she needs new modern implements as well as he. Also the 'chore' question should be settled early in the action. I have never milked a cow. Why? Because I told my husband I wouldn't and he doesn't expect it."

And he probably didn't want to argue with her! In any case, this farming couple worked together as partners, and planned their work schedule so they could spend time together as a family. 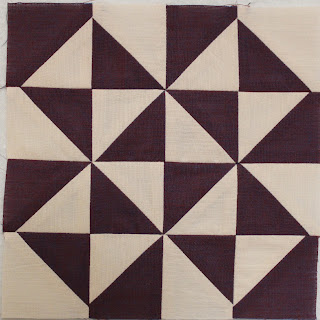 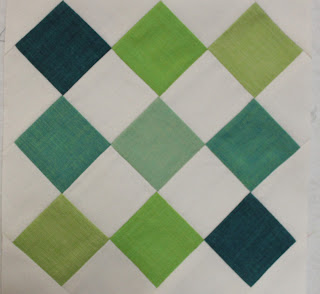 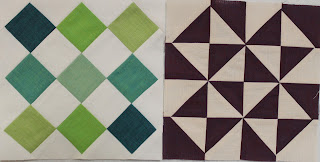 The blocks together from last week and this week: 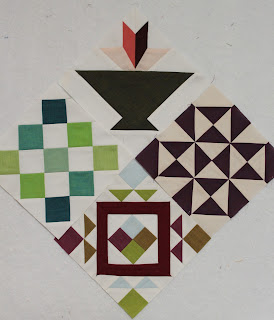 And just a peak at all the blocks together: 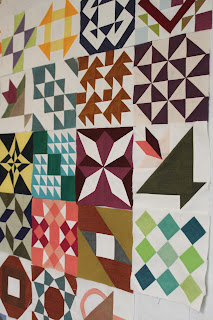 Don't forget to see what Carla thinks about this week's letter and see her interpretation of these blocks.