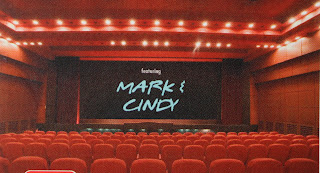 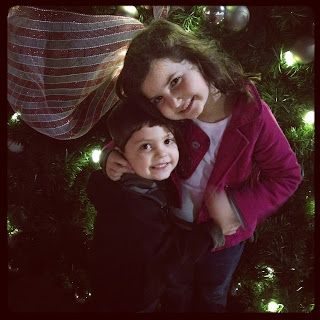 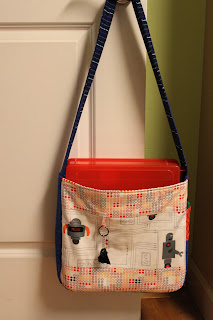 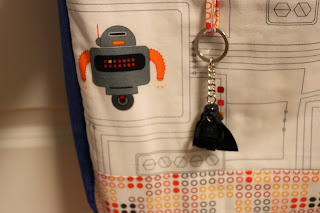 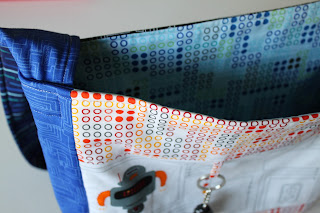 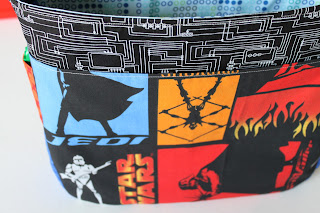 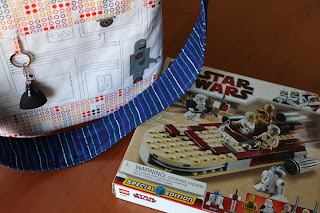 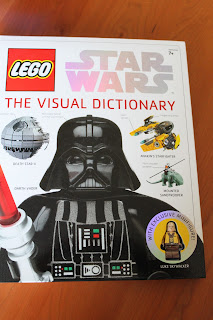 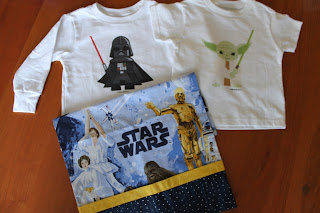 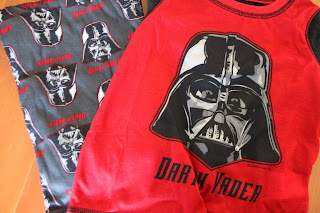 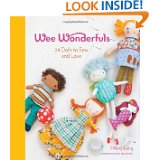 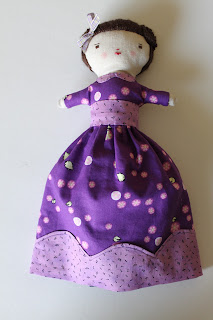 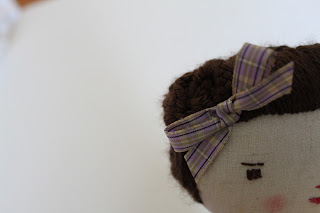 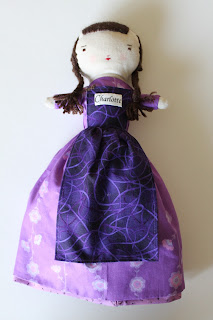 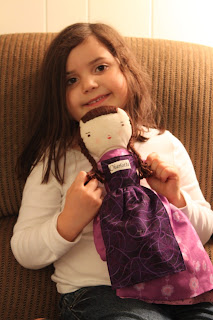 All the best for 2012! We love Star Wars here too. That visual dictionary book is great.

Aren't little boys the "best" with their obsessions....continues into adulthood!! My grandsons are VERY into Batman....I'm working up to making them "POW" quilts for their birthdays! The doll is adorable, but I'm totally with you on the "not my thing" deal! Happy 2012, Cindy!!

Happy New Year and welcome back! It's been a long time since my girls played with legos but they spent many hours building houses and rooms for their Disney characters! The doll is so sweet...what a treasure.

I think you nailed it with the great gifts. That bag is soooo PERFECT and I think the topsy turvy doll is awfully cute. She will enjoy it.

Welcome back, Cindy! I have missed you so much! But I understand, sometimes a break from the blog world is necessary. Hope you are feeling refreshed and psyched for the new year.

Love your gifts for the grandkids, especially cuz you made a bag! and a doll! Very awesome and adorable!

I love the topsy turvy doll! I just borrowed that book from the library not all that long ago and one of the dolls I took not of what the topsy turvy doll. I'd like to make that for my niece, but I'm not a big fan of hand sewing, either. Maybe if I start now, I would have it ready by next Christmas :-)

May the force be with you too, Cindy! Happy New Year! My sons would love that Star Wars Lego bag - great job!

Great job on the gifts! The Star Wars is sooo 'boy', and that doll is just super cool! Way to go on all the hand sewing, even if you didn't like it... it wouldn't be my thing, either. :) I imagine both gifts are dearly loved.

After I posted about trying to find a balance between commenting and writing and quilts/creating, a couple of others chimed in agreed that it was a hard balance to keep.

Maybe we all feel like stepping away is good for us once in a while. I like how Rose (of Schnibbles fame) posts so irregularly, but it's always fun to read when she does. Of course, she has that enormous talent and prodigious output, which helps make her posts interesting. I don't know how she does it all.

Anyway, sounds like lovely Christmas. Nice to see your words again in my reader.

Welcome back! Happy new year. I haven't been able to find my blog mojo again either. LOVED your sweet sewn gifts. I can see how that doll must have taken ages - she is really beautiful!

You are such a fun grandma!

Happy New Year! I'm easing into things, too. My reader is already overflowing. But I *am* sewing some stuff for me/friends and having fun. I love the idea of a restaurant meal on Christmas!

As for finishes, you need to pop over and see Rhonda at Quilter In The Gap, she's having a finish along where you can win prizes for knocking off some of those UFOs :oD

Your gifts to your grandchildren were so wonderful and thoughtful. I especially love that you used my sewing circle friend Mo's fabric and bag to make the perfect gift for your grandson! Mo is as sweet as she is talented!

Happy New Year Cindy! By the way, there is no such thing as too much Star Wars!!! ;-) We are completely obsessed here as well. Love the doll for your granddaughter.

Happy New Years to both of you! Loved your sewing for your kiddos! Blessings-Janice

I feel so bad I haven't even had time (taken the time) to email you back! It's coming I promise!

Your are such a rad grandma, and can I just say, our State Farm agent sends us super crappy calenders every year. Jealous a little.

I've also been AWOL in bloggy land and I'm struggling to catch up! I hope 2012 is a marvellous year for you and yours!

Your Star Wars tote is just great, as is that cute topsy-turvy doll. I can appreciate how much work it was to make. It shows! Hmm, we have State Farm Insurance and OUR agent didn't do anything as nice - in fact, nothing - for us. Your calendar looks great... not that I'm jealous or anything.

happy new year to you, Cindy! great to have you back to blogging.

love all the star wars goodies! ALL my boys love star wars. the topsy turvy doll is WONDERFUL!! i bet abby would love that....but i wouldn't love making it. you did a great job!

i really hope you can become more of a finisher in 2012. it's so rewarding to finish, even though it can be so so difficult! (not to make you feel guilty or anything, i'm just rooting for you!!!!)

as if my comment wasn't long enough....the year we moved to Michigan we ate out (at a chinese resturant, no less!) for Christmas. it was so weird and so memorable. I always think fondly upon that day.