Modern Madness: What your bracket reveals about you

This giveaway is now closed. Thanks for everyone who played along!

For more years than I can even remember, March has always been associated with college basketball. March Madness. Mark has followed it for years, and then our son, Aaron. I remember when he was a senior in college and lived in an apartment with two other guys, they put up a bracket that covered that whole living room wall. Aaron followed the teams, knew the stats, and made an informed decision on who would possibly advance from one level to the next, until we finally watched the championship game.

So one year he was running a basketball pool and thought I should play along. Who, me? I don't watch college basketball for more than a passing glance on TV. I don't know any of the teams, the strength of their schedule, the strengths and weaknesses of their players. So that year I made all my picks based on the team mascot, and then deciding which mascot sounded more likely to come out victorious. I did hours of research on team mascots. I knew what a Saluki was (Southern Illinois)--an Egyptian hunting dog. I knew about the Syracuse Orangemen (Scottish warriors). I knew that the Stanford Cardinal was the color, not the bird. And even that didn't matter because their mascot is a tree. Pffft. I think I would choose any mascot over a tree.

I systematically went through the entire bracket deciding which mascot was tougher: Wildcats? Wolverines? Sometimes it got really tricky. Who would you pick between these two: A Demon Deacon or a Blue Devil? Tough choice.That year I ended up predicting the Auburn Tigers would win the whole tournament. Which made Aaron kinda nuts. He told me that really the Tigers shouldn't even be in the tournament. I don't remember why. But that year, as in every single year, there were upsets, and one week my Auburn Tigers were ruling. Don't think I didn't rub that in!

Which brings me to my point. Are you playing along with Fat Quarterly's Modern Madness, the March Madness of fabric lines? 64 fabric lines, divided into four regions. Just like basketball. 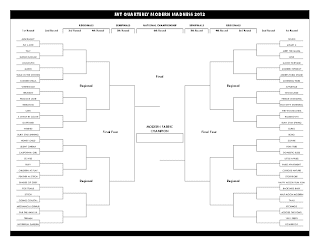 Having trouble filling out your bracket?  There was an article in our local newspaper last week on "What your bracket reveals about you," how your bracket picks  "can reveal more about a person's character than handwriting analysis." I'm not so sure about that, but let's adapt their analogy to fabric, shall we?

The favorites bracket: You select favorites to win every game, er, bolt. Maybe a certain line was not your favorite, but you have seen it everywhere so you consider it a possible first seed and choose it anyway. 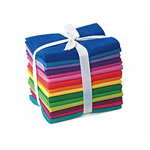 
What it says about you: You feel that societal order must be preserved at all costs. Maybe you don't want to make a quilt out of that line,  but in nearly every blog you read, someone has chosen that fabric, so it is obviously a favorite with a lot of quilters.

The underdogs bracket: Maybe one of the "teams" hasn't gotten much press. But you love a good upset and maybe there will be enough other people feeling the same way.

What it says about you: You truly believe that one person can change the world. You make a beautiful quilt or tote out of some fabric in this line, people will see it, and the next thing you know, everyone wants some of that same fabric!

The expert bracket: You combine favorites with underdogs which you have carefully chosen  because ultimately the fabrics can form a different "team" in a quilt and play together beautifully. 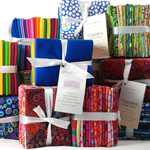 Available from Marmalade Fabrics
What it says about you: You understand that the purpose of the tournament pool is to add zest to your sewing experience.

The nickname bracket: You don't even refresh your memory on what a particular fabric line looks like. You choose one over the other based strictly on its name appeal. (Hmmmm....this approach is sounding a little familiar to me...) 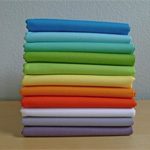 Available from Marmalade Fabrics
What it says about you: You are someone who does not fill out a bracket so much as "fill out a bracket." You make a choice and just go with the flow. When you inevitably win the pool, you announce that you cannot imagine what everyone got so worked up about in the first place, because all sixty-four "teams" , er, fabrics, are winners.

What is the ultimate outcome of this anyway? Well, finally a specific line will be chosen the winner. In the meantime, fill out your bracket, and if you aren't familiar with a certain fabric line, use the link and learn a little more about it. You might discover some beautiful fabric that will be a winner in your next project.

I went to the Fat Quarterly Modern Madness archives and found out that just like in college hoops, there were upsets as it got closer to the championship game. Who was last year's winner? It was Jay McCarroll's Habitat by Free Spirit.

And guess what? I have some to give away! The winner will receive a fat quarter of each of these three from the winning line of 2011. 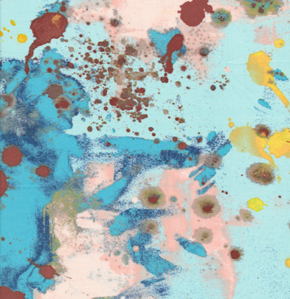 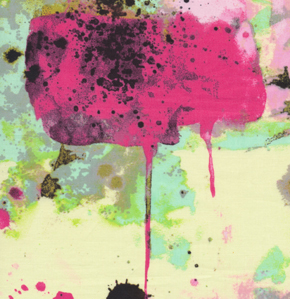 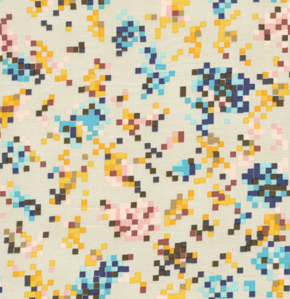 Just answer one (or more) of these: Are you playing along with Fat Quarterly? Have you projected a winner? What is your current favorite fabric line?

Or even better: which category fits you the best--favorites, underdog, expert or nickname? Now we're talkin'!

The RNG will choose a winner Thursday, March 22, at 6 p.m. PDT. And I'll also let you know which fabric line I predict to win the championship.

Hmmmm. I wonder if I could have used the RNG to fill out my whole bracket.