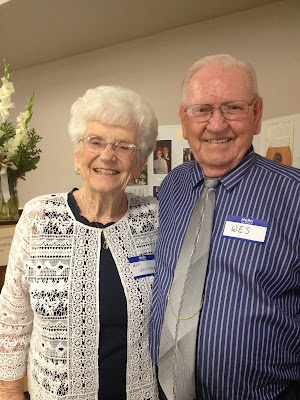 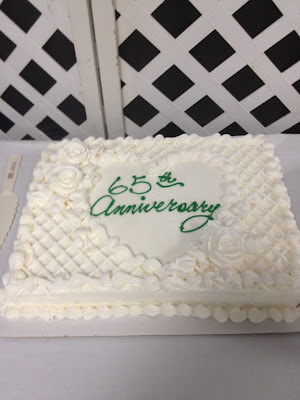 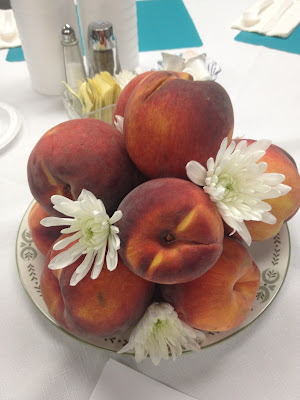 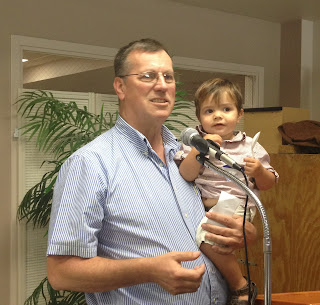 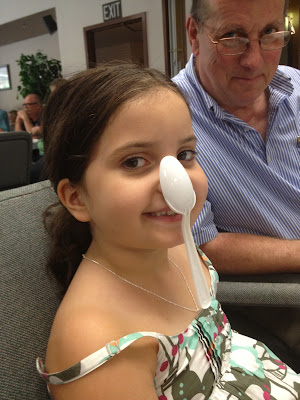 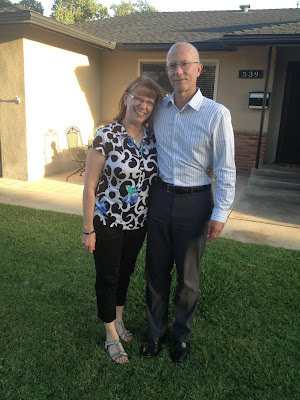 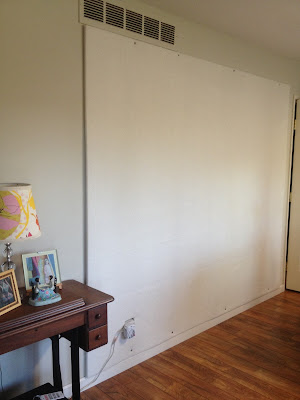 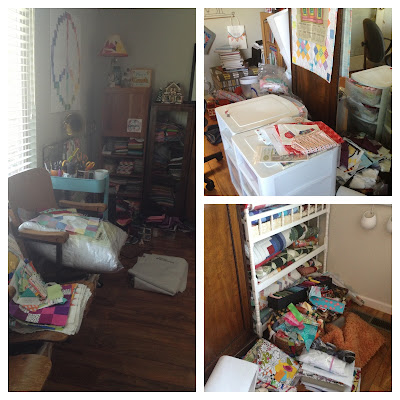 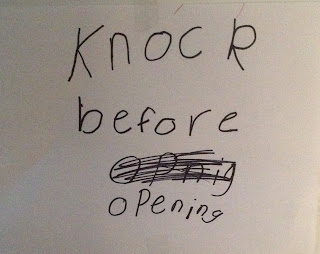 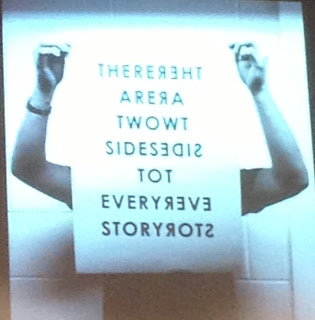 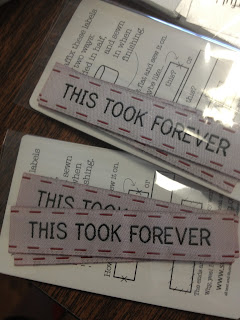 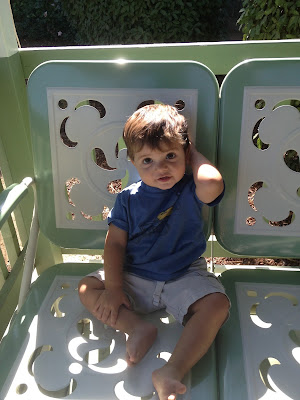 Your Mum and Dad look very happy together, after 65 years! Amazing! Looking forward to seeing the re-organised sewing room!

Thanks for hosting Really Random Thursday - always a fun read! Congrats to your M&D and it looks like your family reunion was lots of fun. Love your design wall. Looking forward to seeing the rest of your studio - before & after.

What a fun door sign... and it sounds like the family reunion was a big hit (and the cake, and the peaches, yum!). Where did you find those labels? I love them!

Congratulations to your folks. That is awesome. I love the idea for the centerpieces!

What a great design wall!! You are going to love that.

Can't wait to see how your sewing room turns out!

Congratulations to all of you. 65 years and still looking so young! You are lucky to have such parents with you so long!

Congrats to your mom and dad on their 65th anniversary! Hope your family all had a great time getting together. Reunions are the best!
Love that design wall. WoW!

Ha, I have some of those labels too ;o) Glad you had fun at your reunion!

Such fun getting together with the family! I see a peace sign on the wall in your sewing room. Is that made with fabric? I'd love to see a picture of it.

Looks like a fun weekend! And I LOVE when my kids make signs like that too. It just makes me smile to see how their minds work. :)

Congrats to your parents. My grandparents had 60 years this summer and we had a family reunion as well.

A huge congrats to your parents- what a huge milestone! In a world where marriage seems so temporary these days it sure is nice to hear of a couple who has weathered over 6 decades together!

Wow your parents are an inspiration!! We will celebrating our 10th in a month, and that feels like a long time and just yesterday all at the same time already!!!

Happy Anniversary to your parents! :) I love your post. Everything about it. :) Can't wait to see the after pictures of your sewing room, and love your design wall!

As usual, this is a great random post! Funny, I was just looking at your blog post for your last sewing room re-do!!! Quilt messing it up, Cindy! =)

Cindy, I just love your random Thursdays!! Your folks look so happy. Can't wait to see pics of your sewing room. I must visit that place some day.

Your posts are always so uplifting to me - thank you!!

Lovely random post. (You're getting quite a lot of Randomeers!) Congrats to your parents, and fun to see your brother, too.

Can hardly wait until I see the finished room. Then I'll be shamed and get to work on mine. . . if I'm not grading!