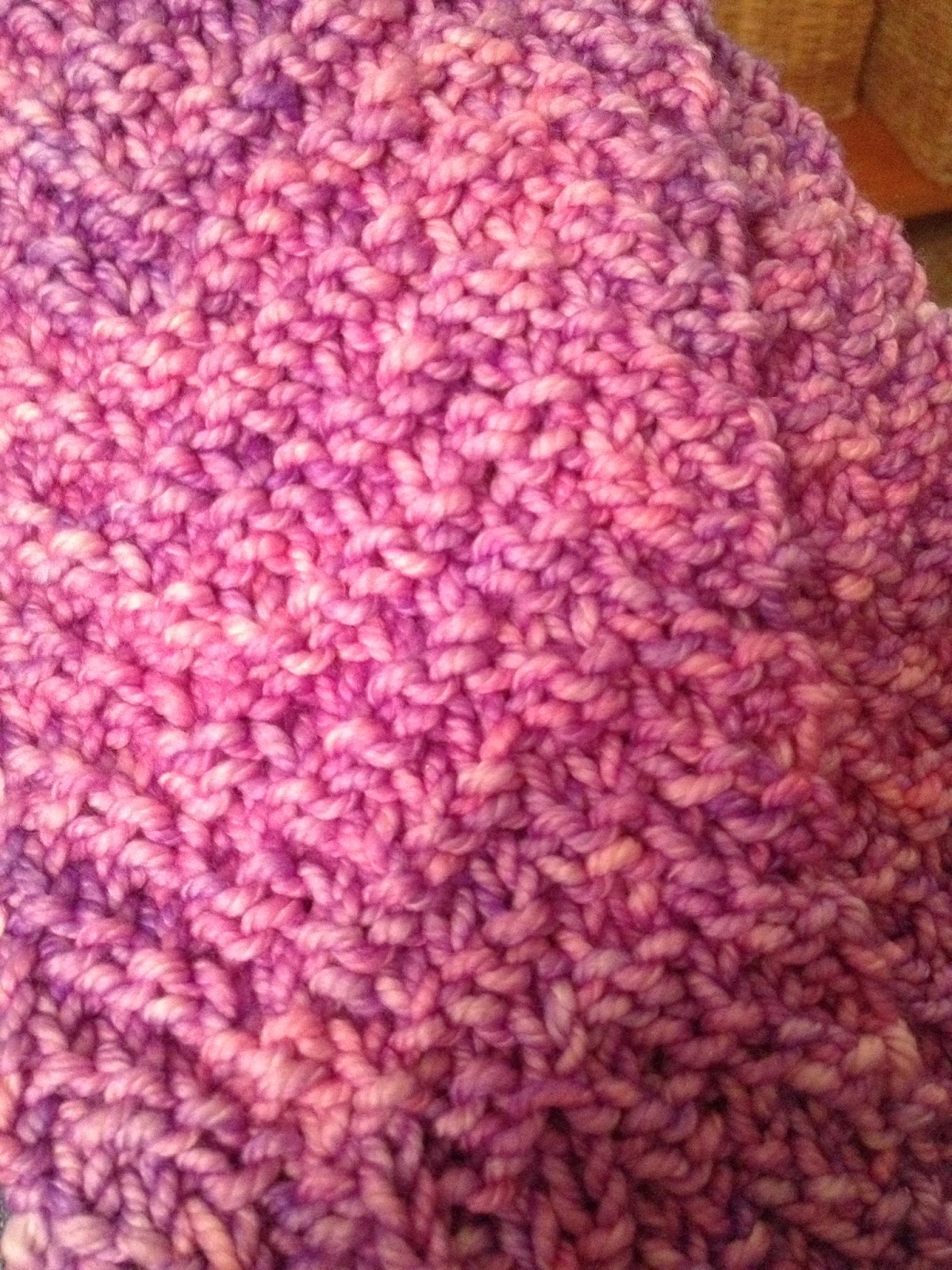 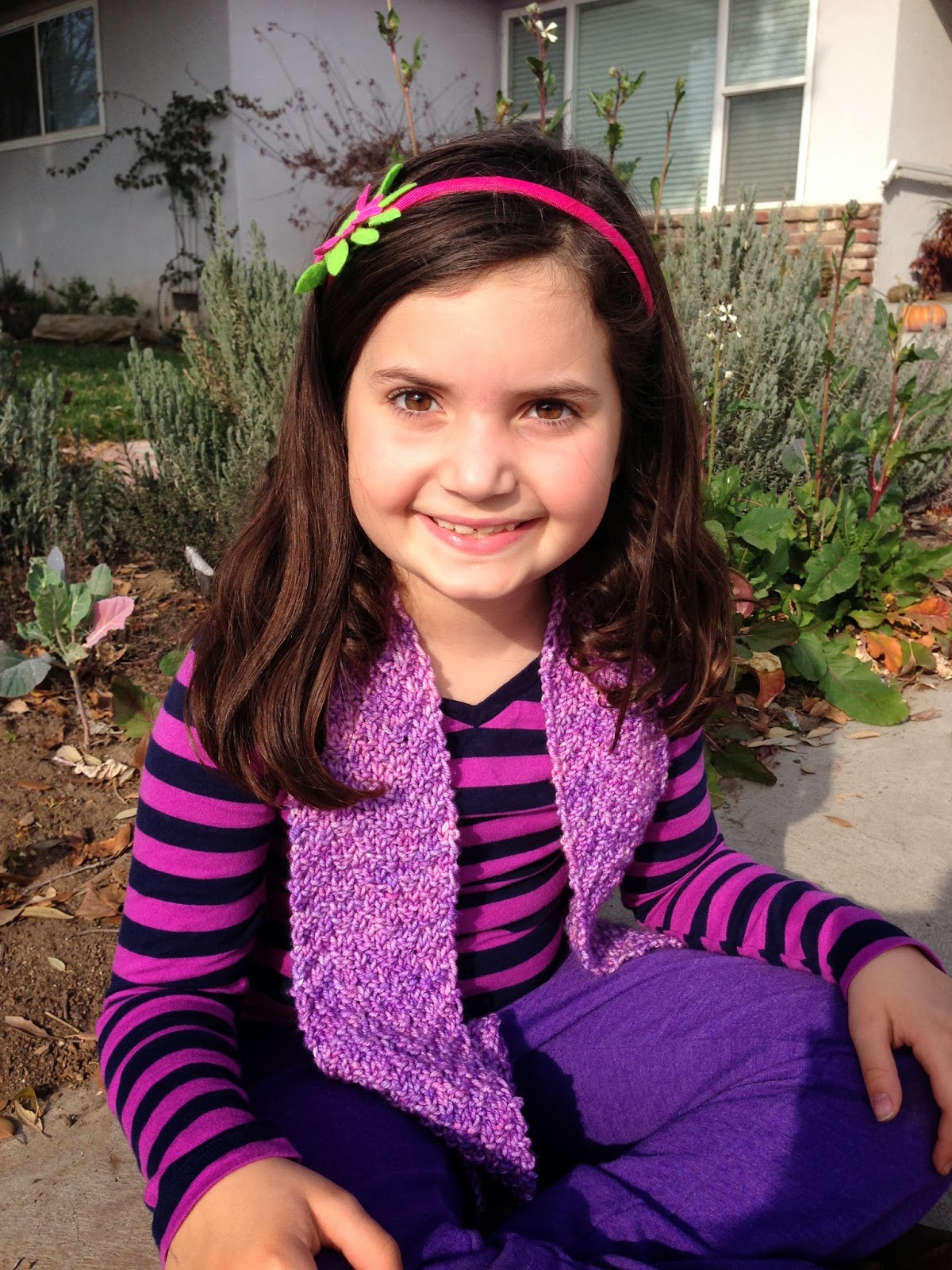 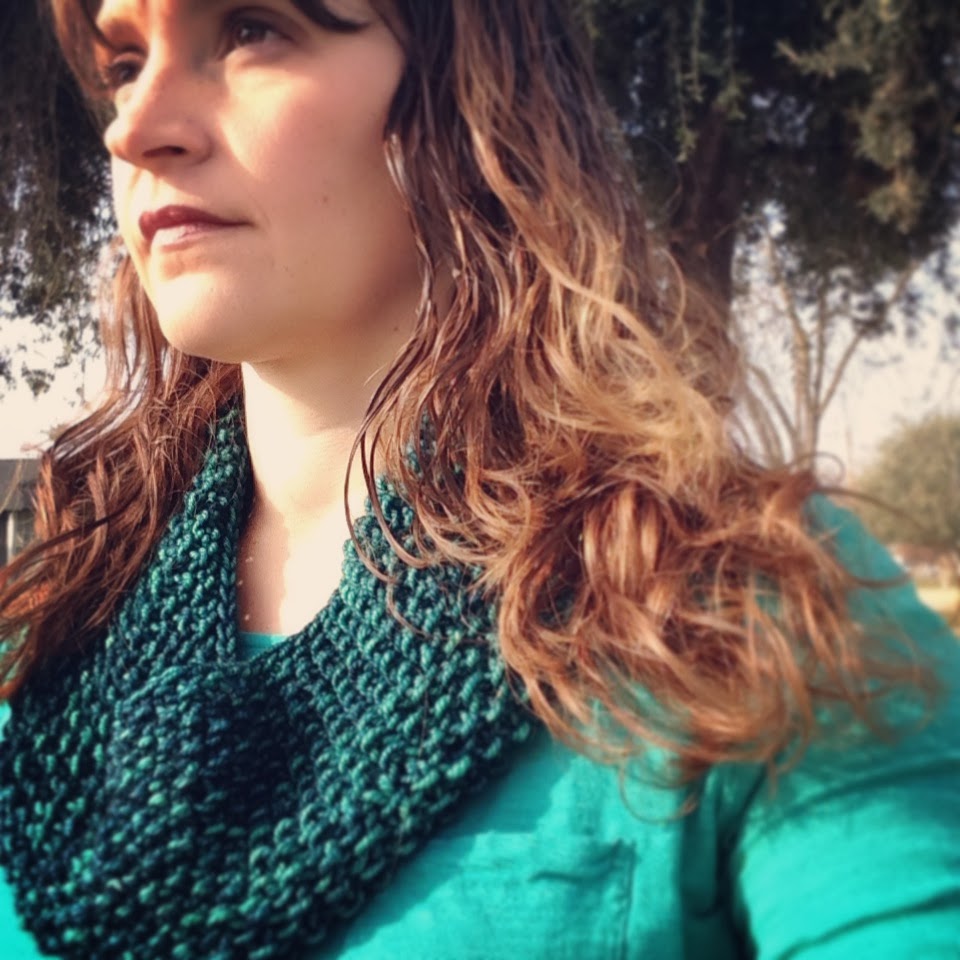 Both finishes are lovely. Two of my favorite colors. Thanks for the chevron knitting pattern!

pretty! wish I knew how to knit :(

I'm not a fan of the circular needles either, but I understand their necessity. The scarves look wonderful AND appreciated.

Really pretty finishes, Cindy! You've been a busy lady. I knitted years ago, in the 80s, and have no desire to take it up again when there are so many quilts calling me. Love, love, love to sew! But I really appreciate the time and talent it takes to knit. Great job!

What a beautiful photo of Charlotte!!

Beautiful makes there, the scarf is just great as it turned out. The recipient is a gorgeous little thing isn't she, she looks really pleased with it too x

Hey you did a great job on both!! I have no clue when it comes to knitting:)

I'm so impressed! I don't think I remember how to knit.

WTG you! I don't knit, but those circular needles look distinctly challenging!

Very nice mistake Cindy. I sometimes wish I knew how to quilt but then I already have more than enough projects to find time for.

good on you. The good endorphins the you get from finishing something are great!