Apparently I'm still not quite back in the swing of Really Random Thursday posts. But Thursday isn't over so I guess it still counts.

I'm doing a DIY project. Right now it looks like this. 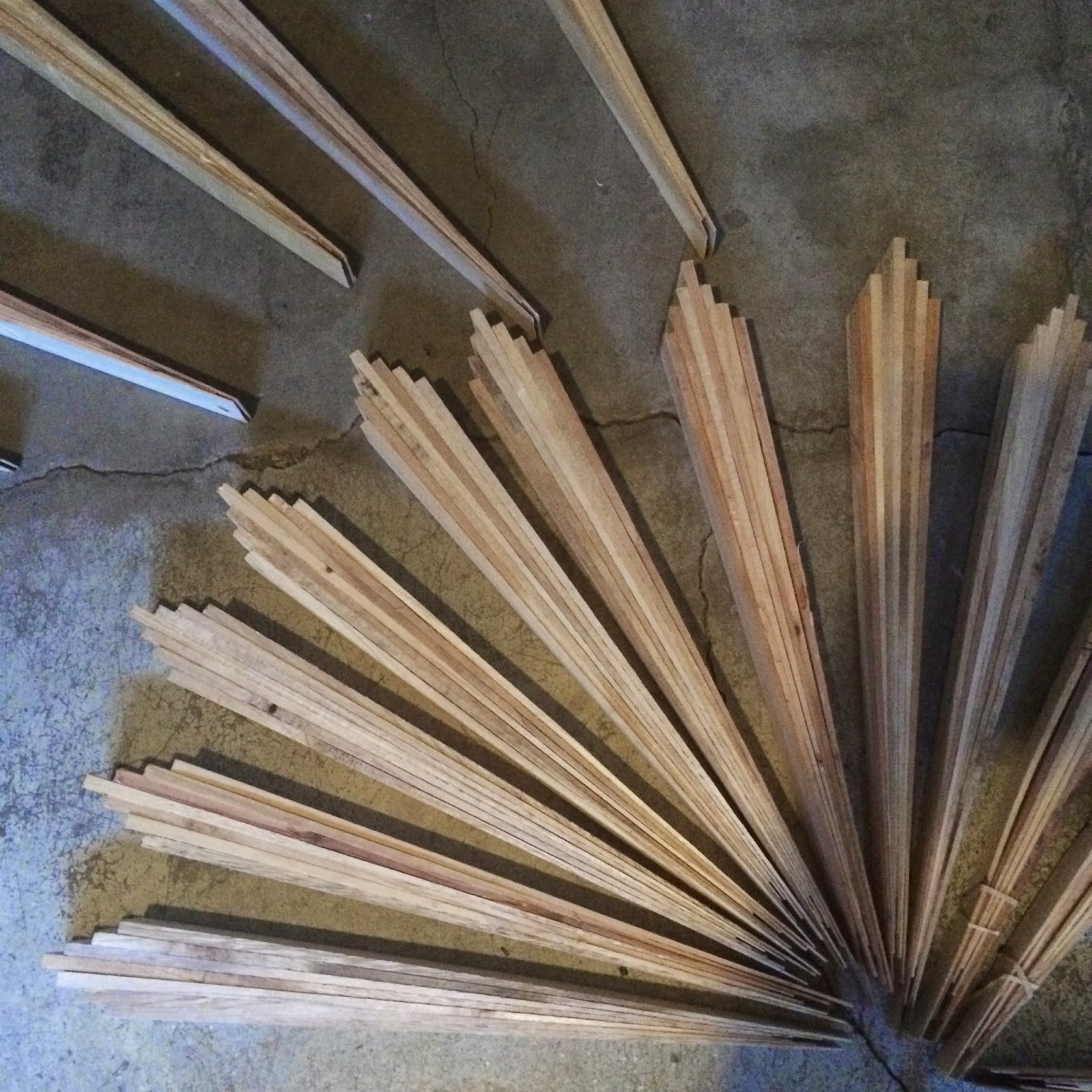 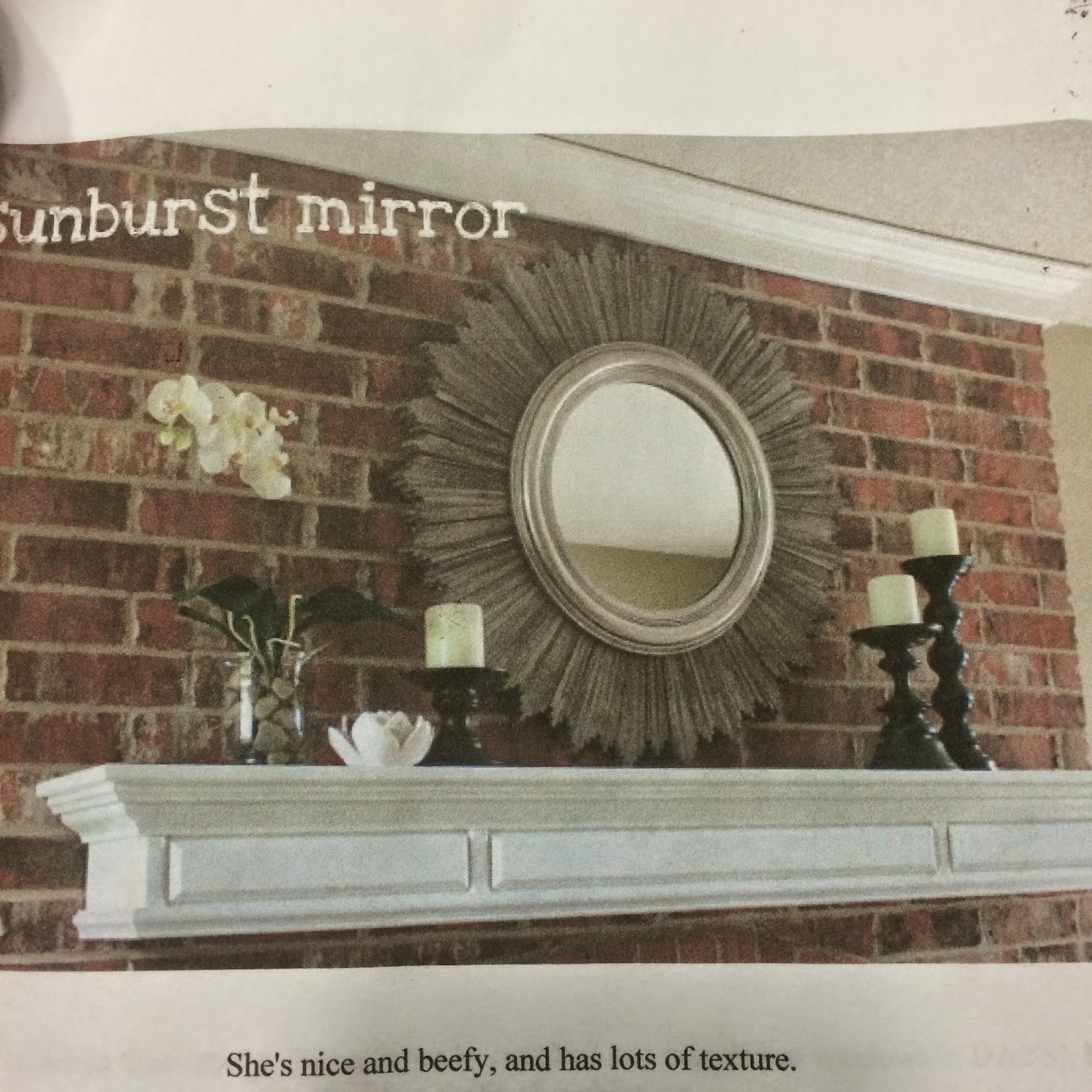 Our grandson, Levi, had a birthday party at a local park the other day. It turns out that the local police department was also have something at the park, including bomb squad equipment. Charlotte and I got to side inside the big bomb squad hummer: 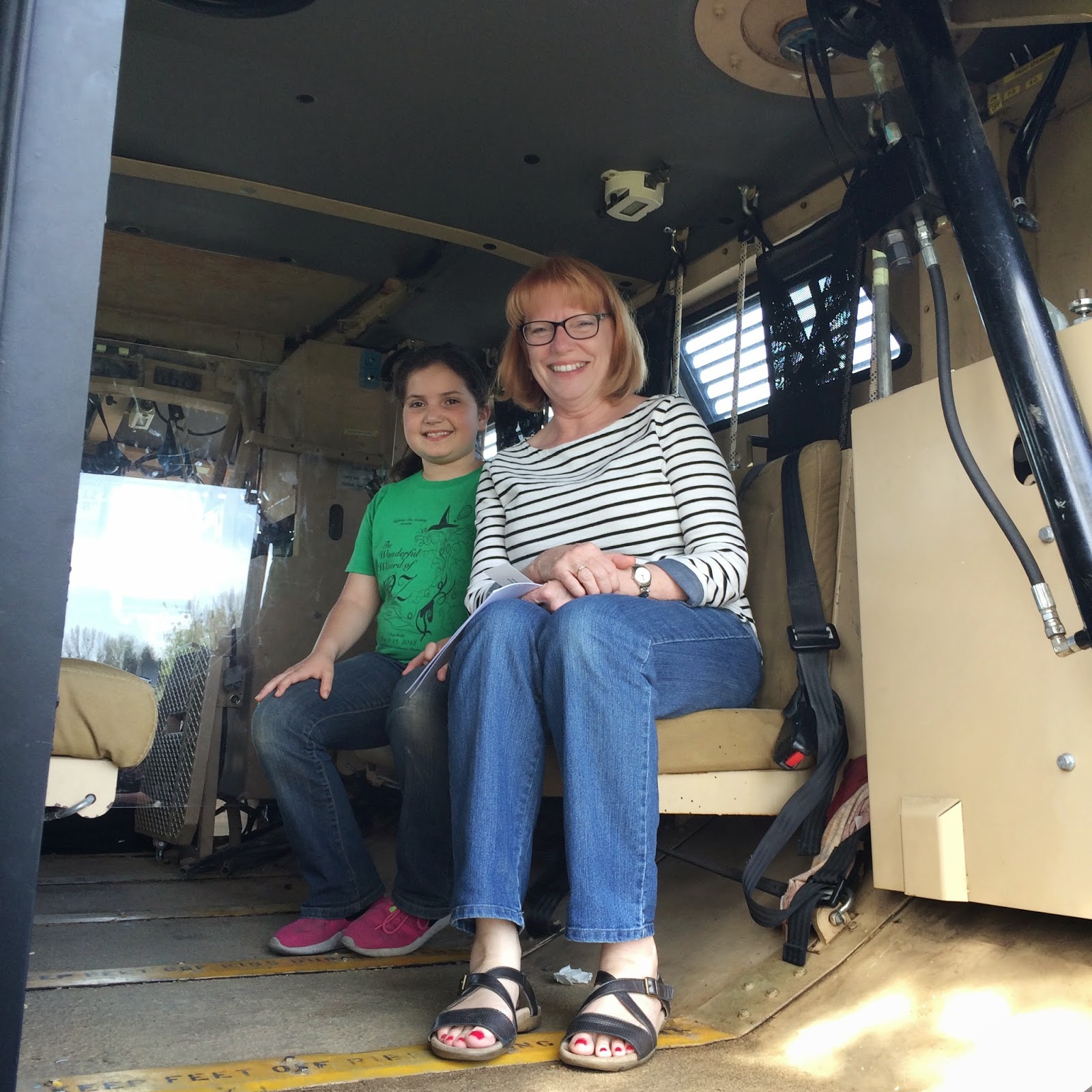 They were also giving free hamburger coupons to kids who sat on the police motorcycles. 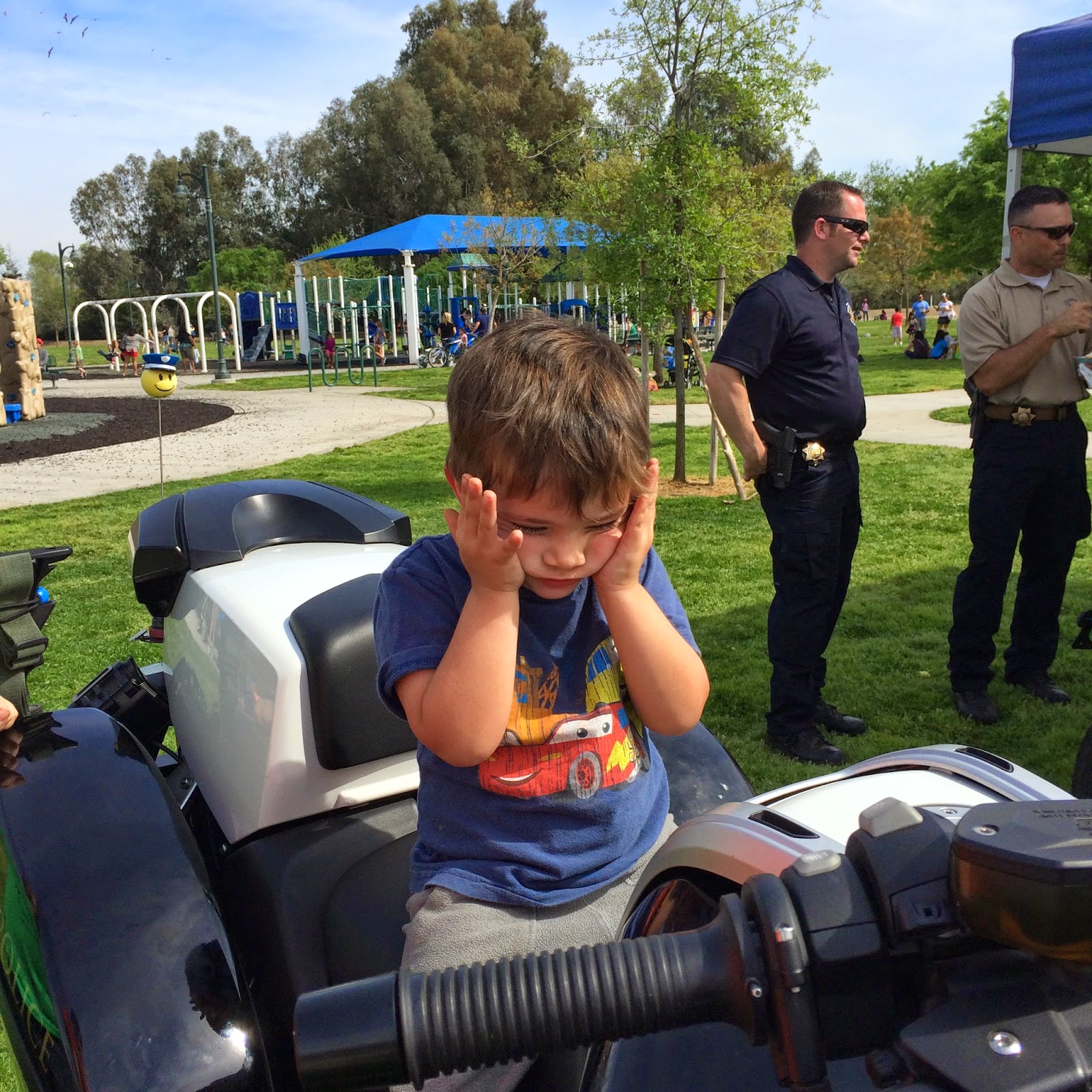 "How do I turn this thing on?" 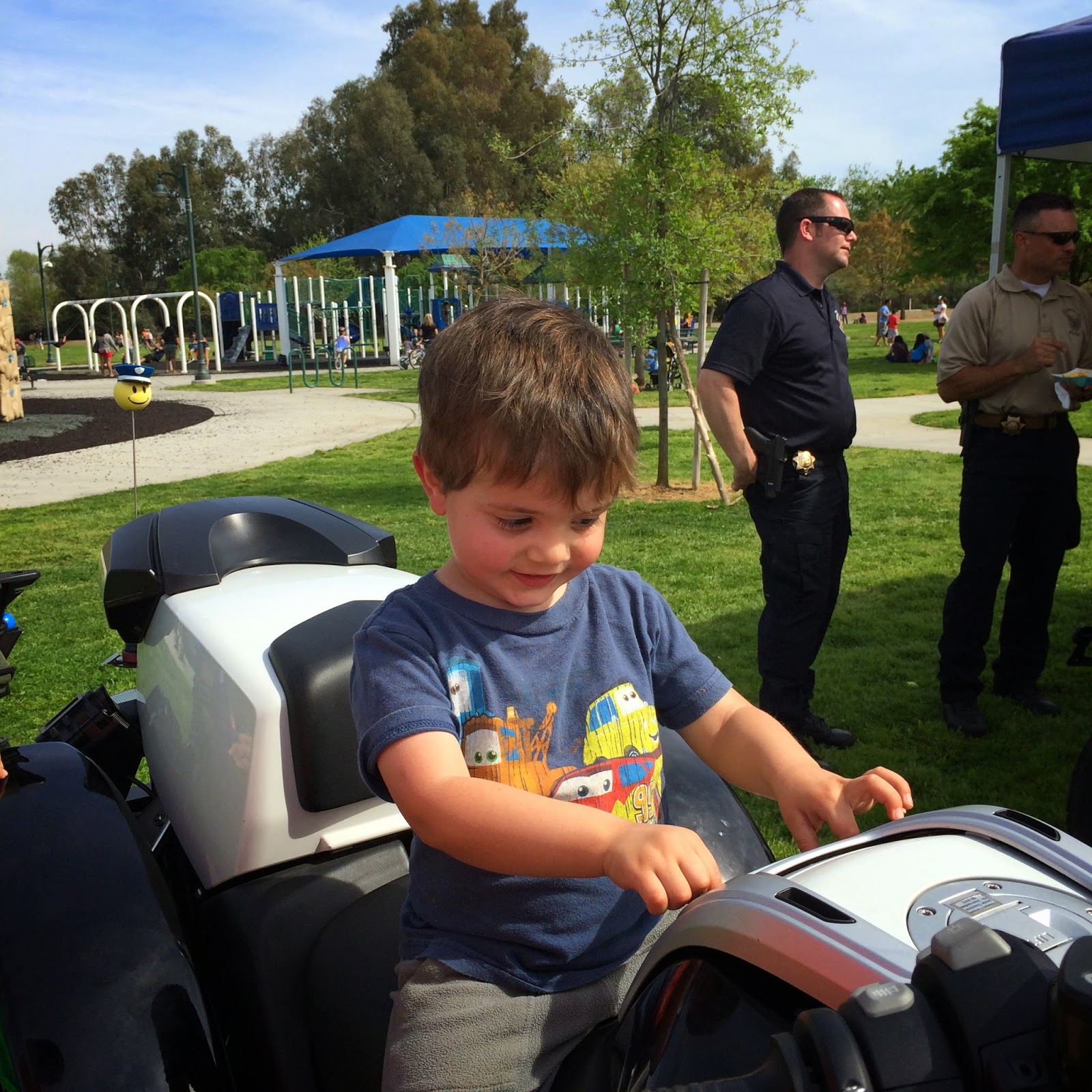 "I think I found the right button...."
A few years back I had surgery and couldn't raise my arms. Mark did my hair each morning for two weeks. I called him "Marco." I mentioned that to Charlotte one time, so the other night we were babysitting and after her shower she requested that Marco comb the tangles out of her hair. He hasn't lost his touch. 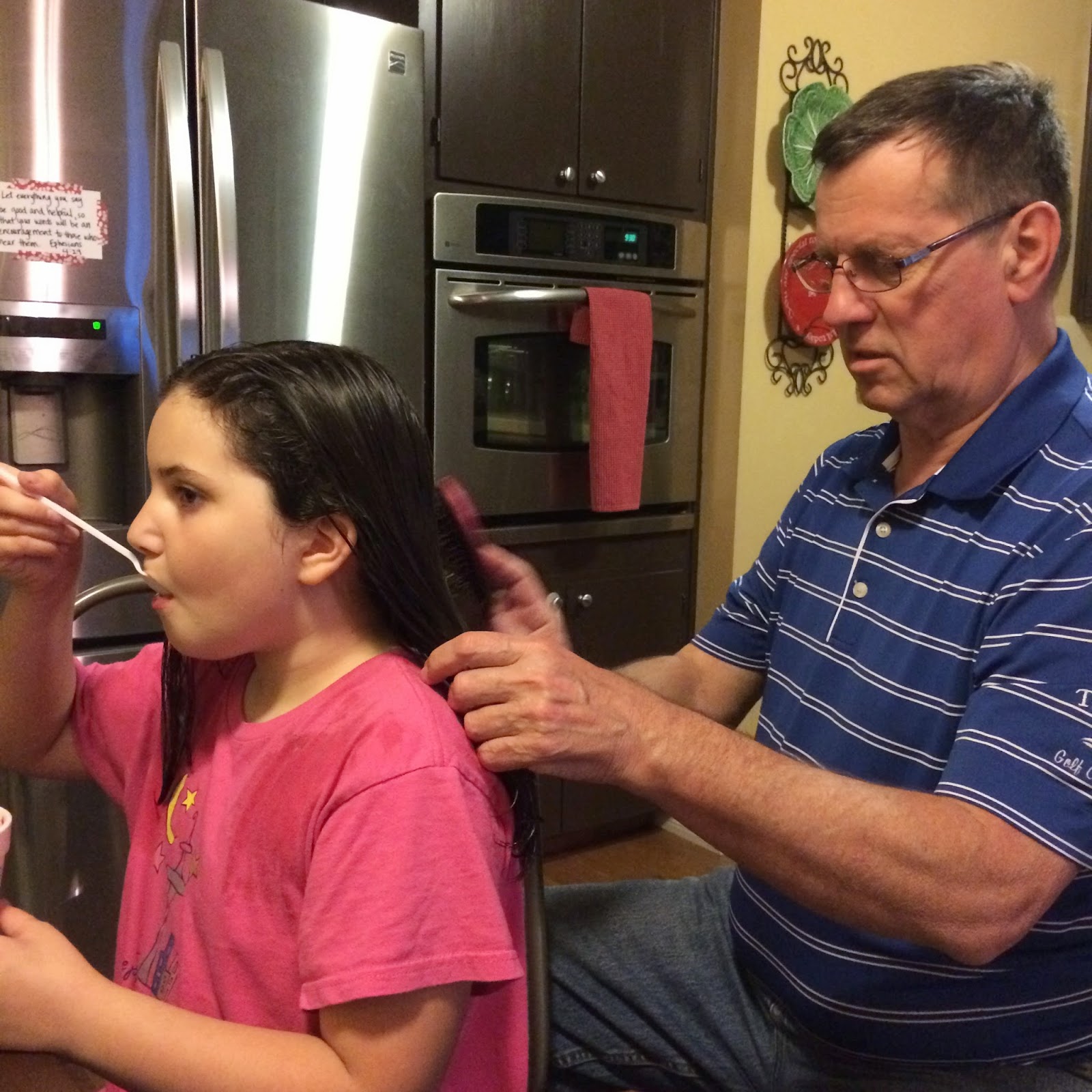 Mark's parents used to collect mugs from a pottery company called Frankoma. His mother had a complete set of dishes from them that she loved. Starting in 1968, they made collectible mugs, first only the GOP, and then about five years later added the Democrats. Every year they would use a different glaze. It was a colorful collection and I remember it being displayed on top of their china hutch. At some point, we became owners of the collection, but they were stored in our friends' barn in Minnesota. Until last week. 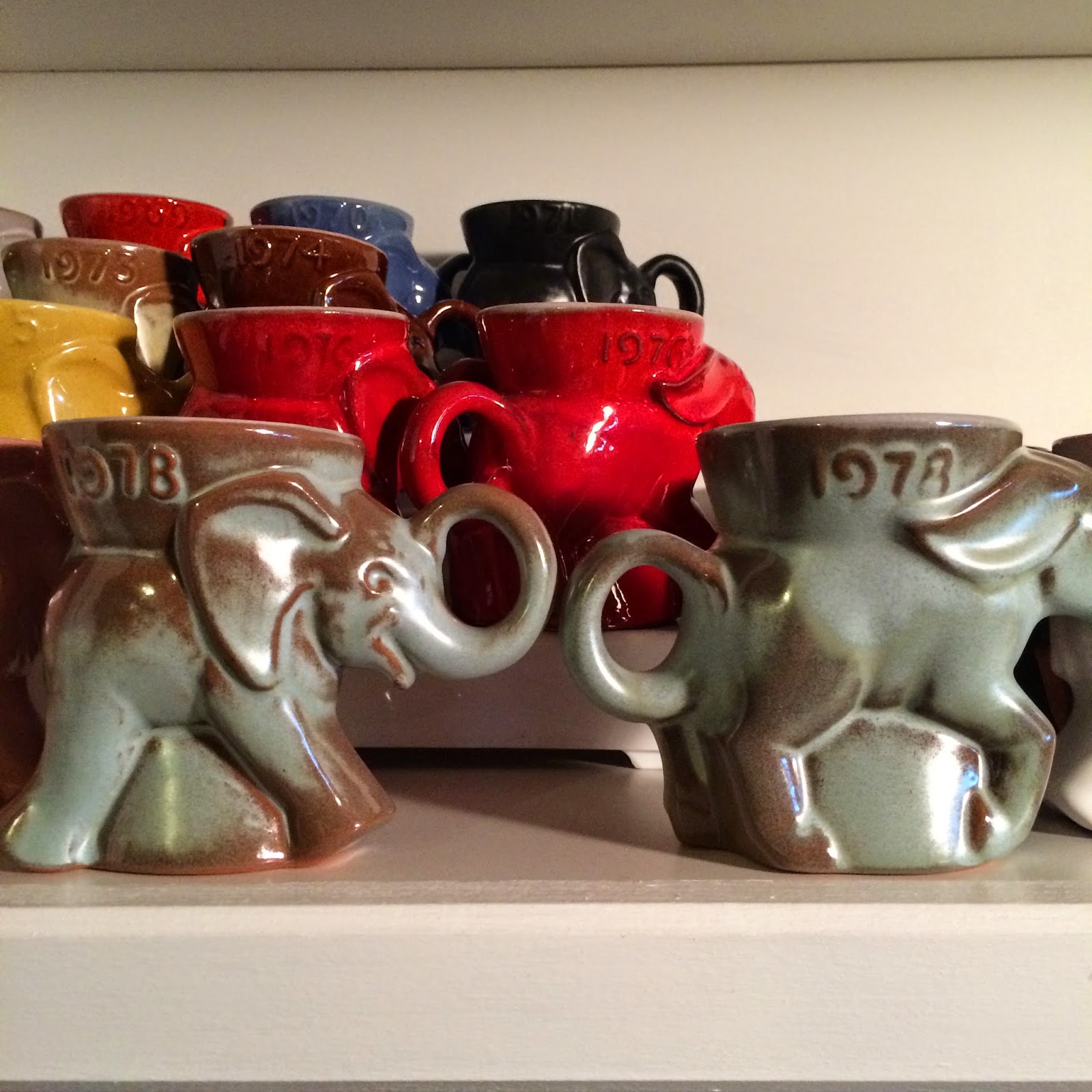 There are about 45 of them. Not quite sure what we will do with them.

Following the fabulous tutorial by Crazy Mom Quilts, I did my first quilt binding by machine. I am pretty pleased with it. 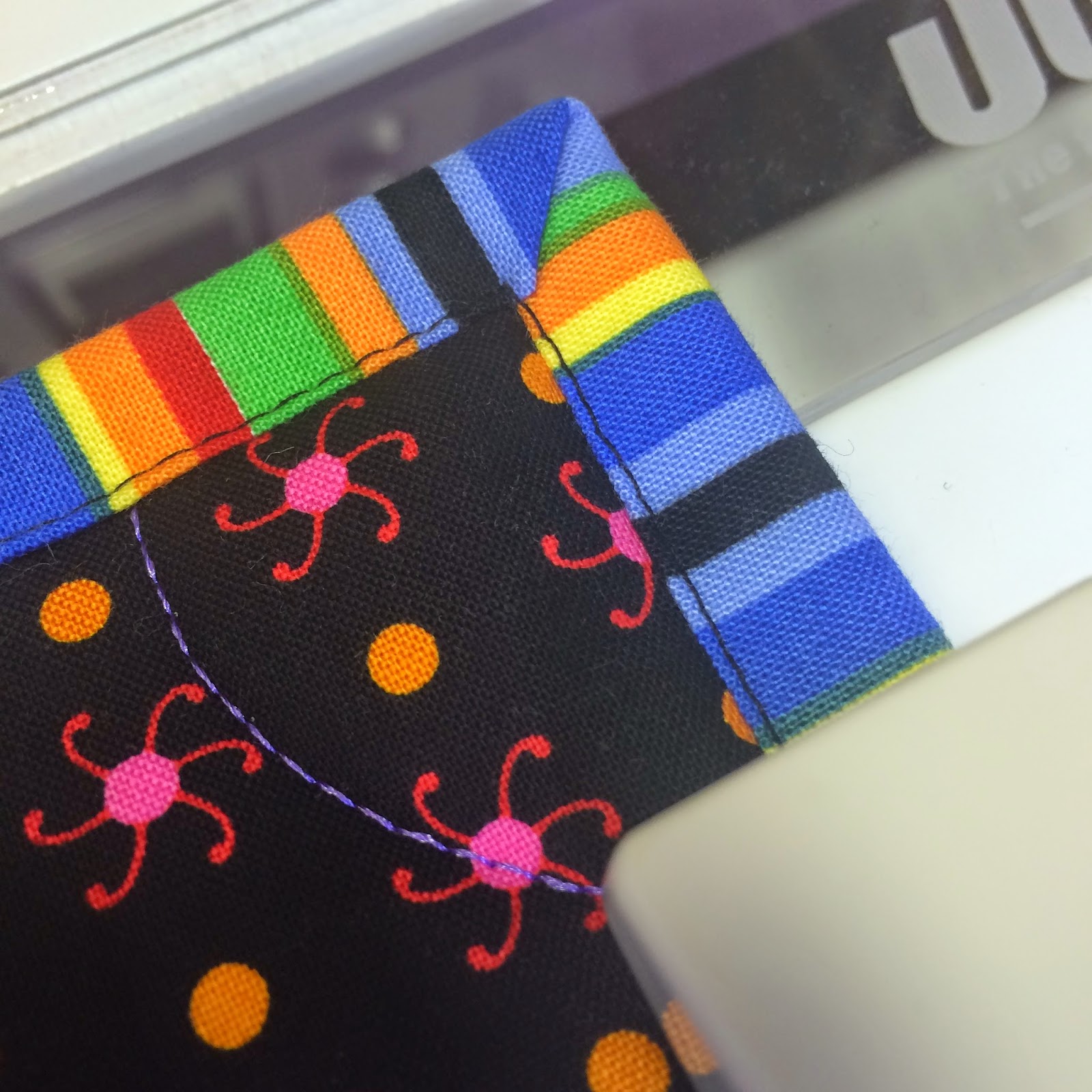 This is how my design wall looks today. 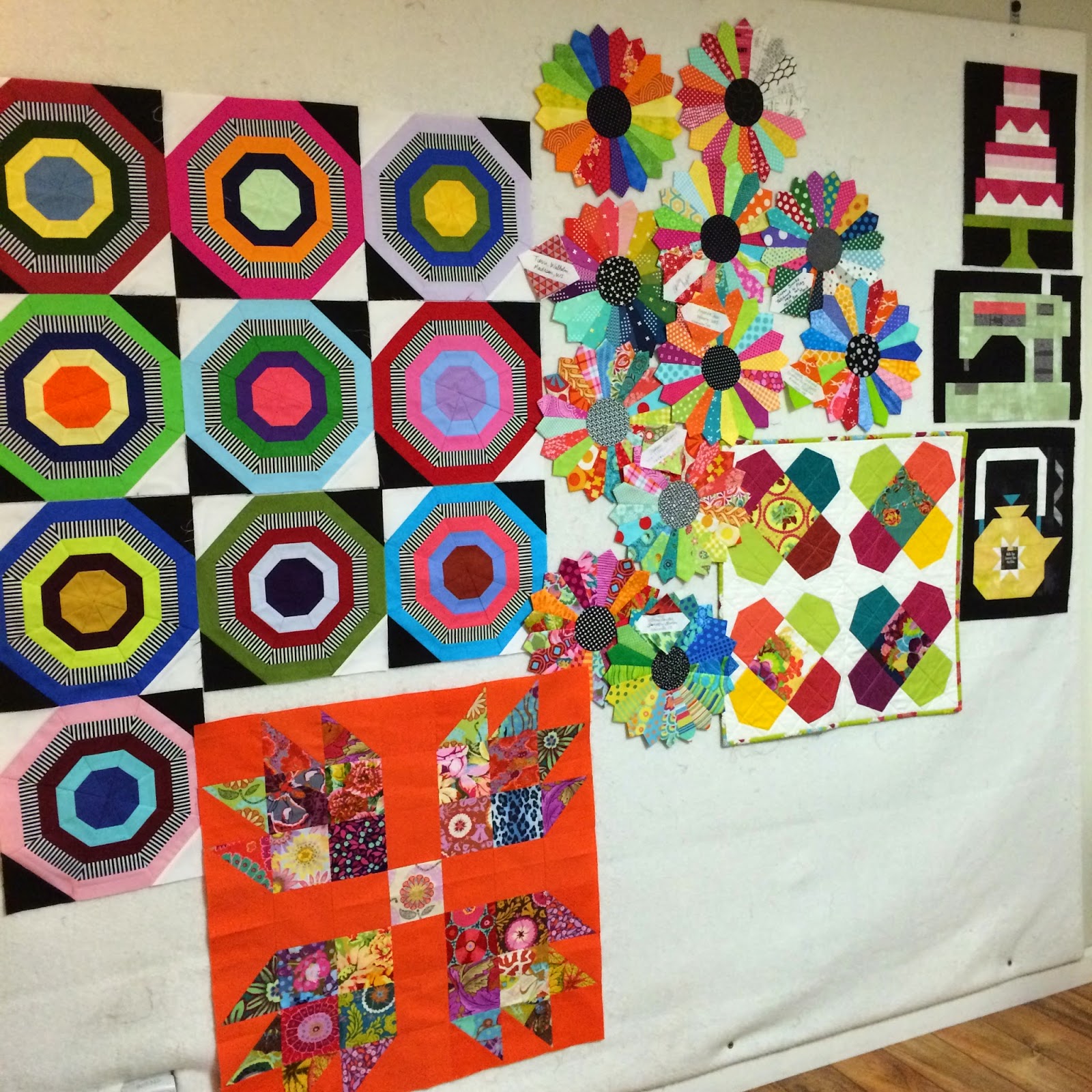 When I was searching for pictures to put in this post, I came upon this one, written by Charlotte after our stay at a rented beach house in January. It makes me happy. 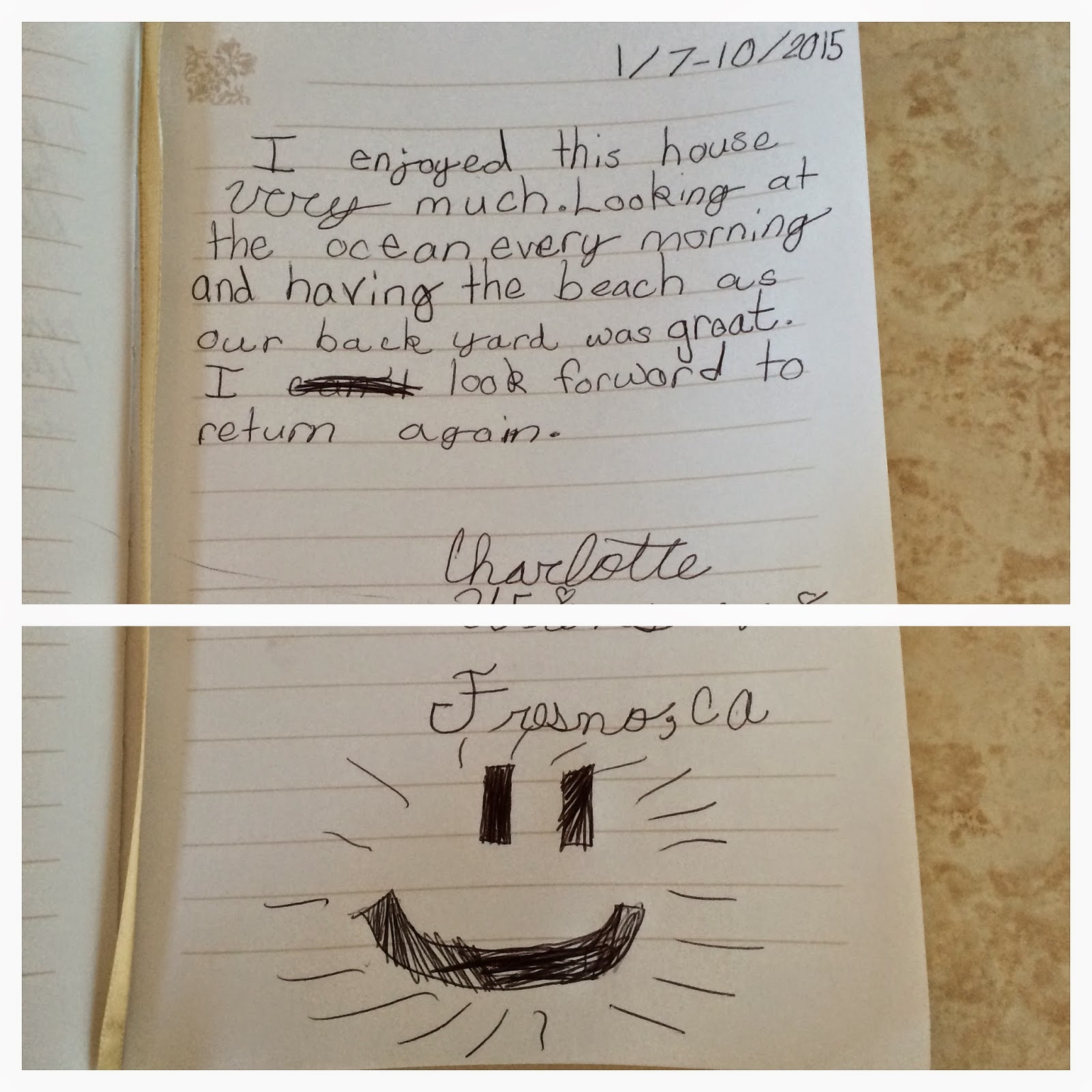 Anything random happening with you?