Does anyone even remember when I used to post random stuff weekly? What happened to all that random stuff? Wish I knew. I also feel like I have forgotten how to even write a blog post.

It's been a long time since I have been on a plane with a propeller. But this is how my trip to Austin and QuiltCon began. 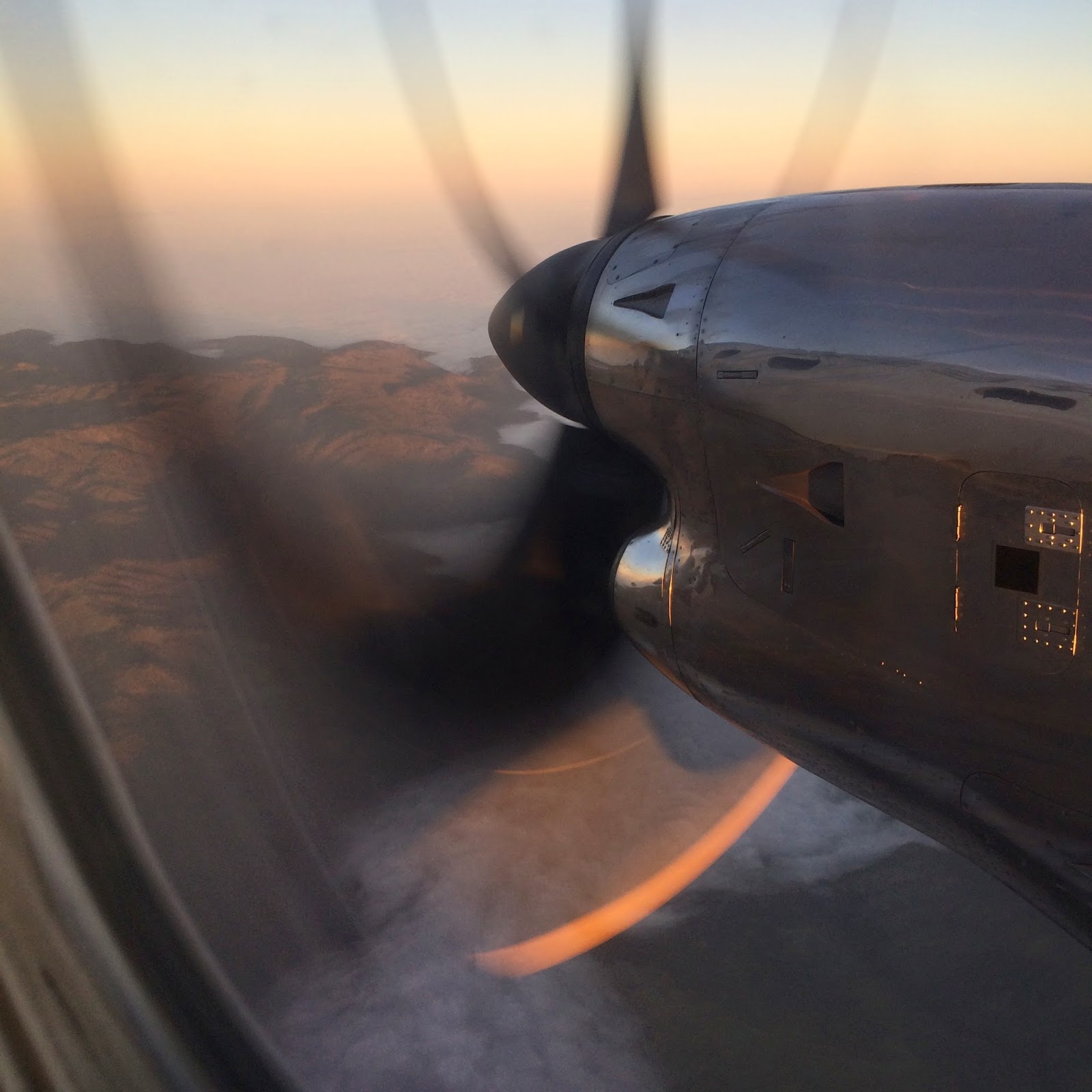 Doesn't everyone need a picture taken on a bucking sewing machine? It didn't actually do any bucking, but anyway--yee haw!! 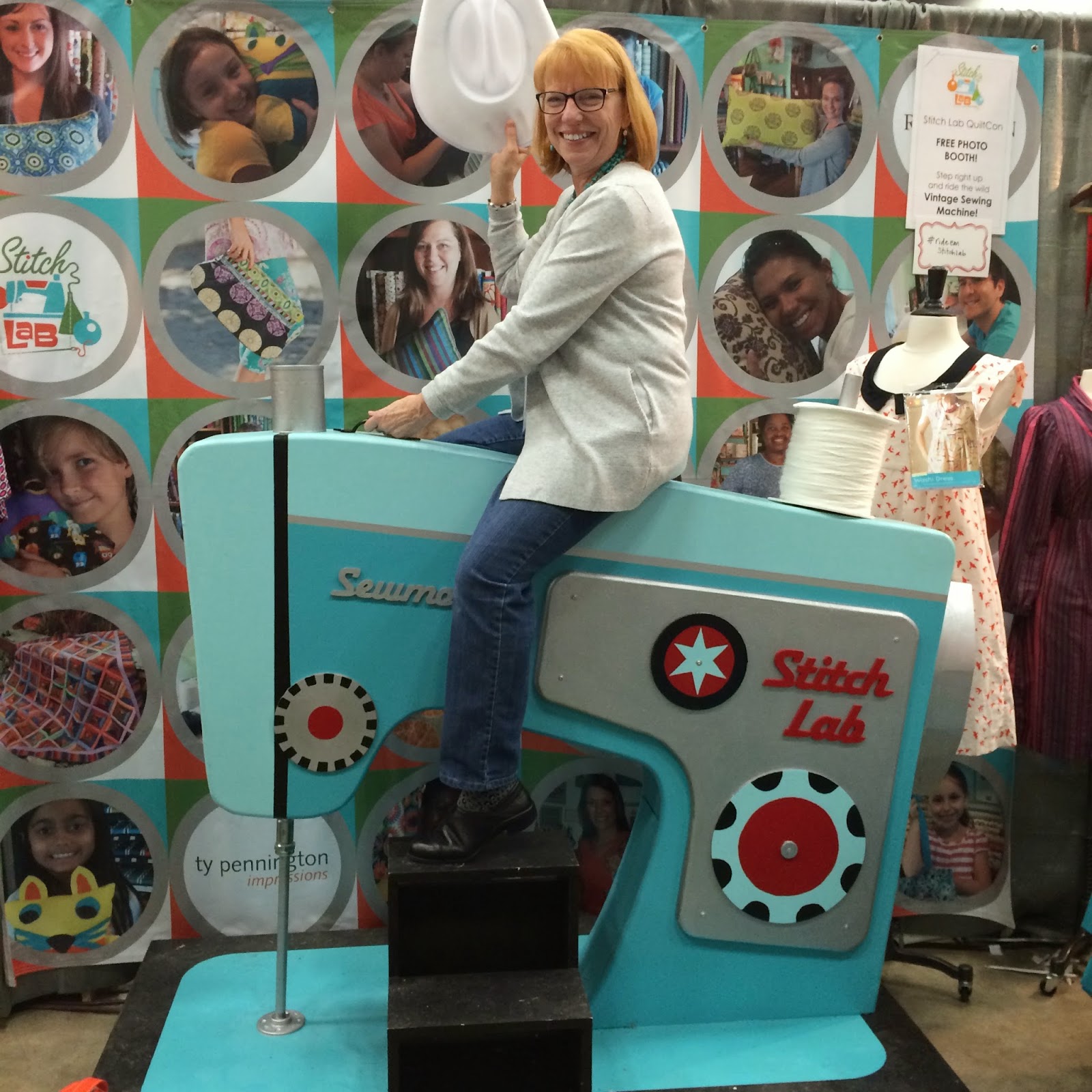 There are lots of posts about QuiltCon--pictures of quilts, pictures of people.So I will just post a couple.

I had the best roommate--Anne from Springleaf Studios, standing in front of her quilt. I hope I can talk her into coming to QuiltCon Pasadena next February! 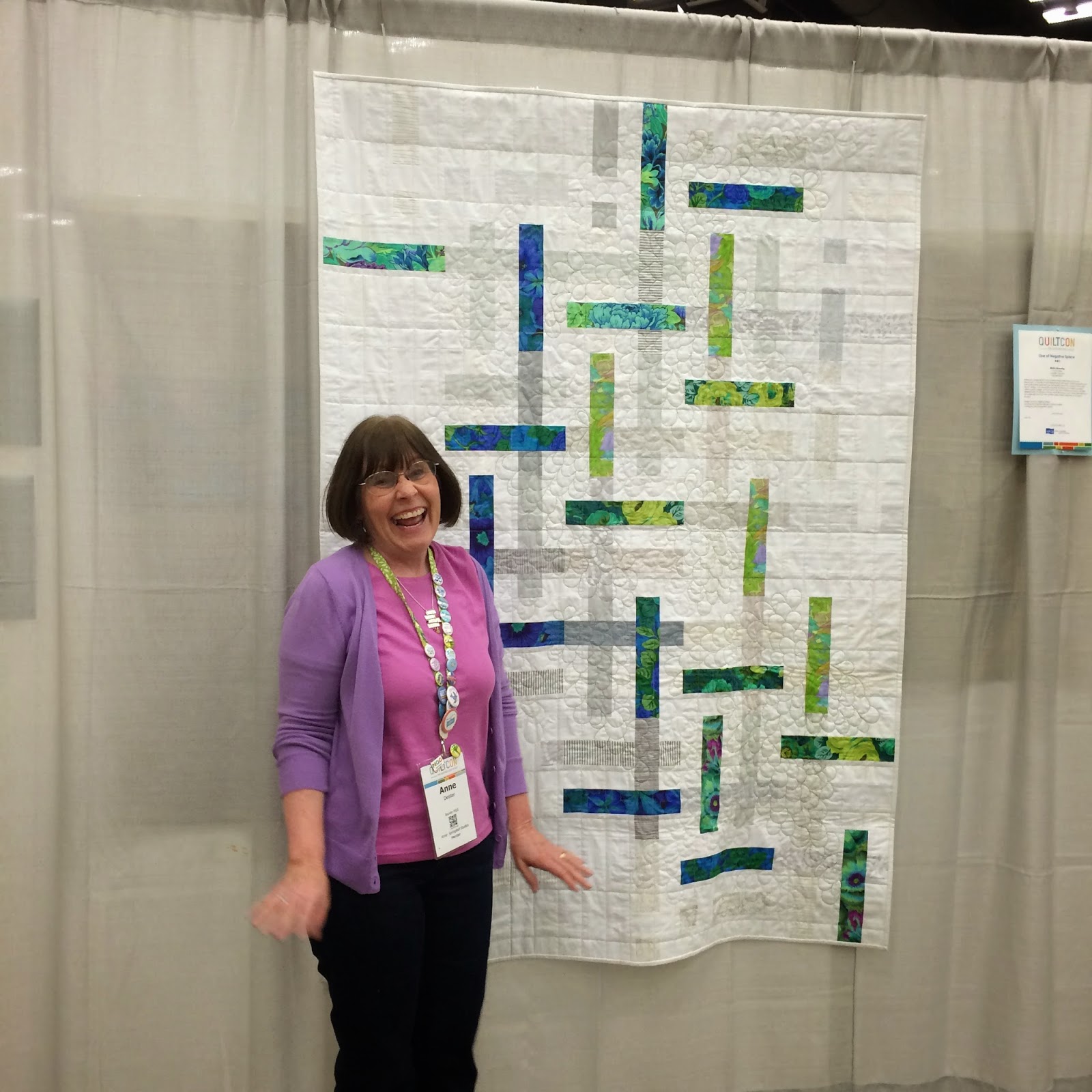 Sharing meals with friends was great, going from 2D (as Elizabeth likes to call them), in other words, people on the other side of a screen, to 3D status, friends with a real connection and shared experiences. 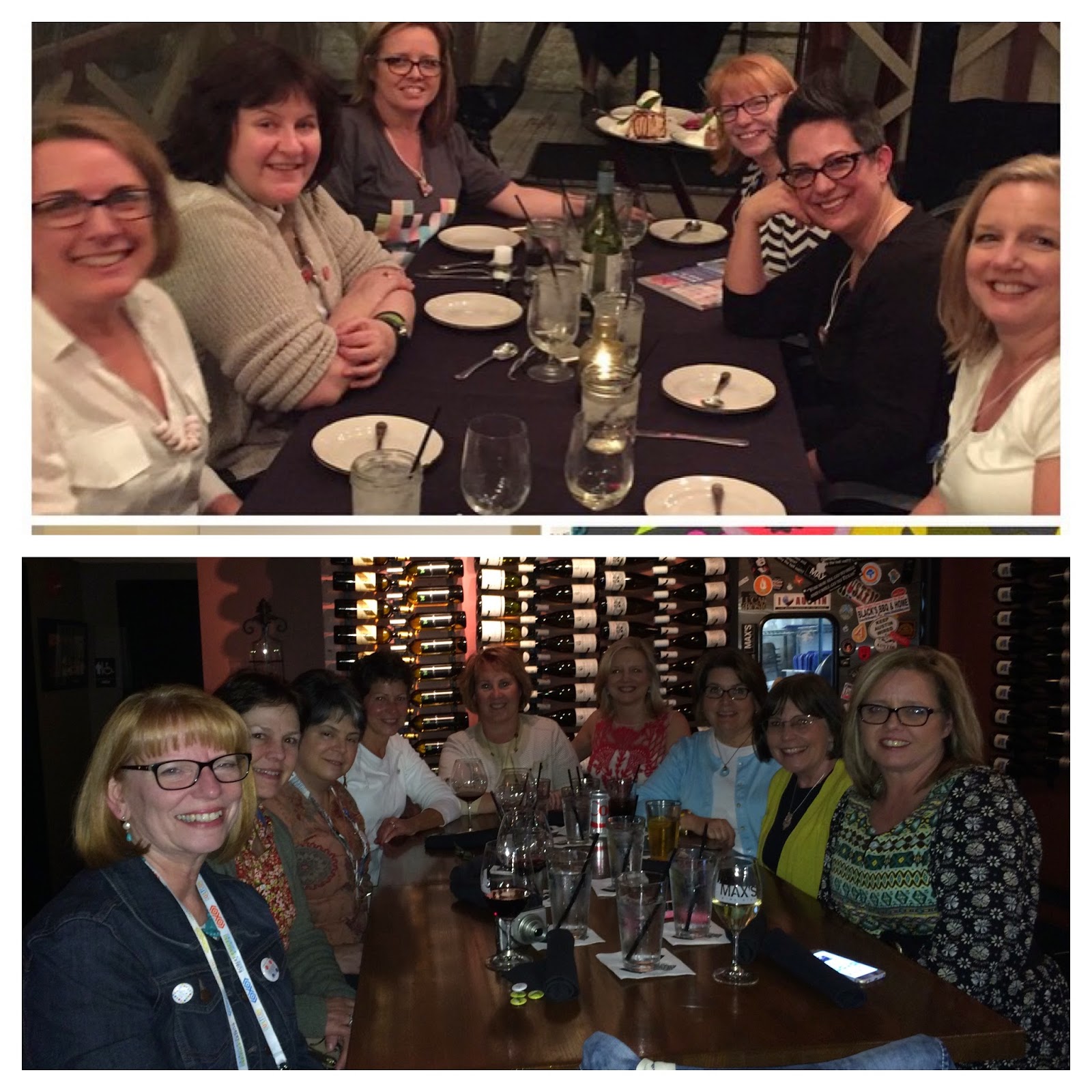 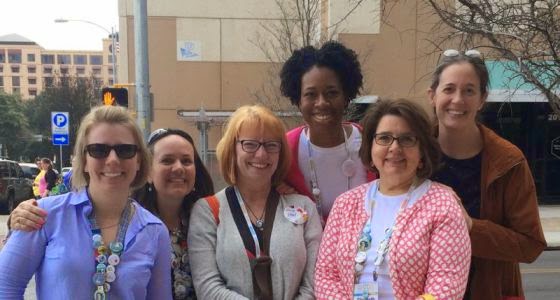 Why didn't I take a picture of corndog-style jumbo shrimp and grits? Yum. I sure didn't forget to document the desserts, though! 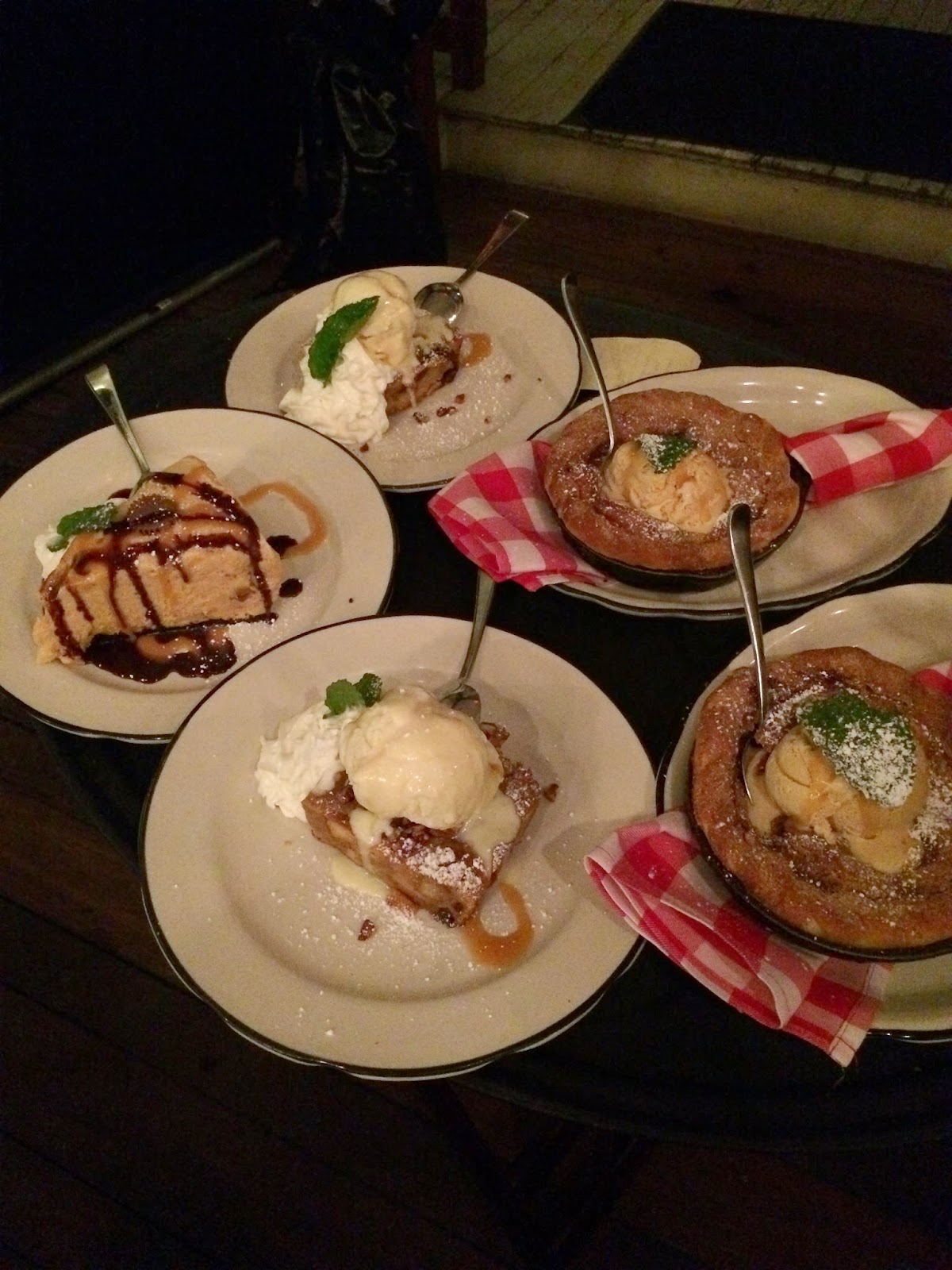 I attended some interesting lectures and took a great class by Cristy Fincher--paperless paper piecing, a very interesting technique.

To see quilts close up rather than on a computer screen or iPhone was amazing. This got my vote for Viewer's Choice, The White Rainbow, by Shruti Dandekar. 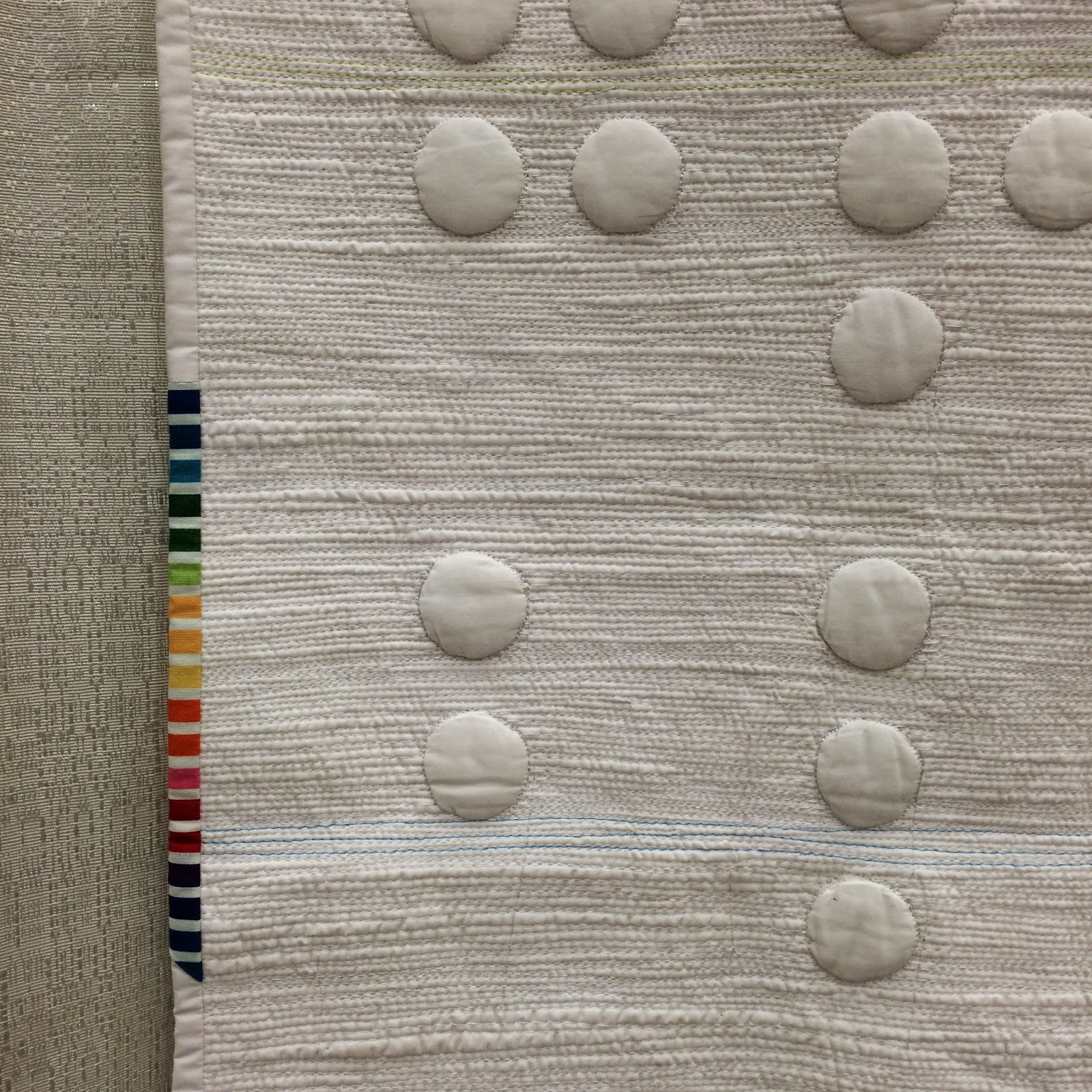 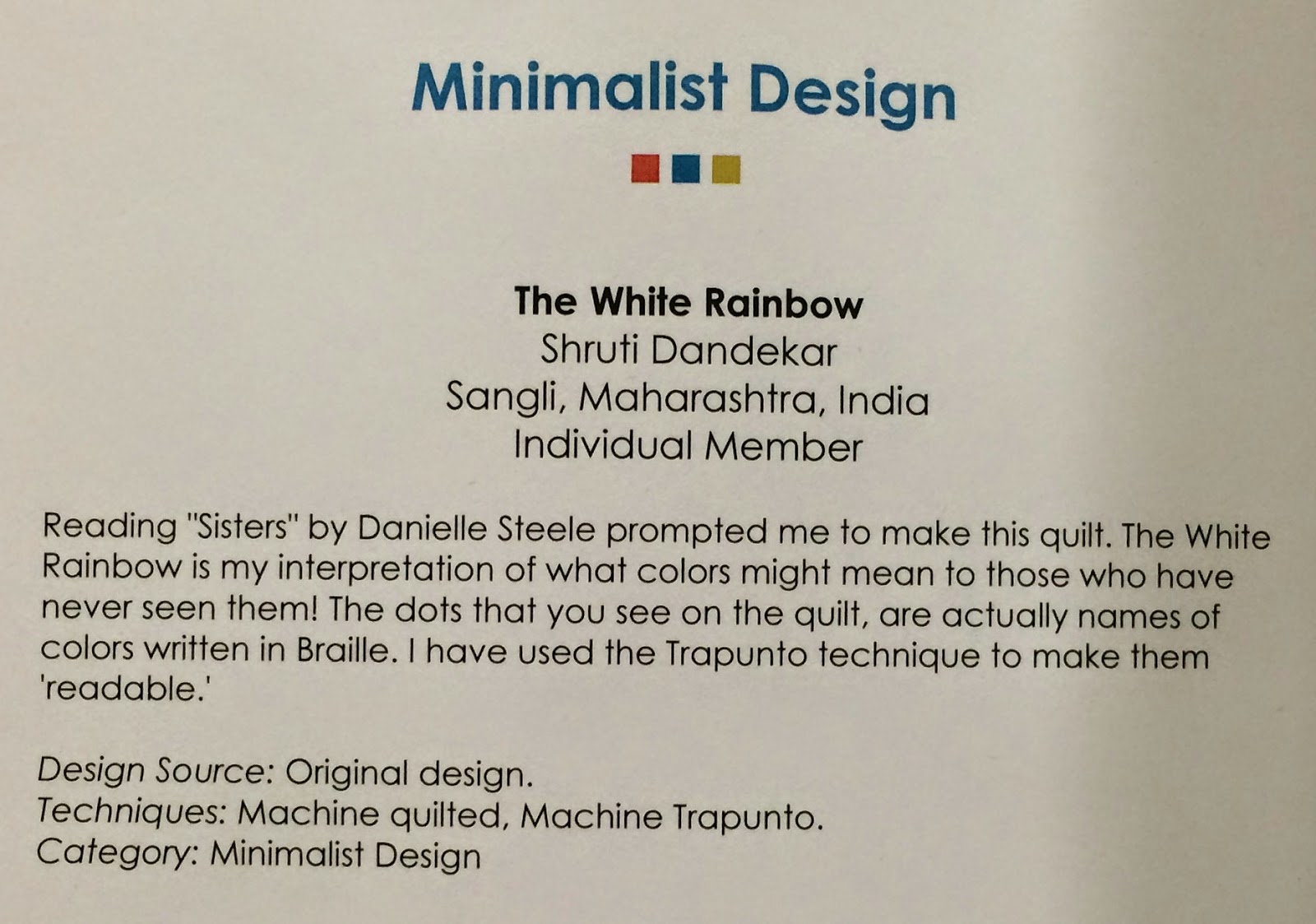 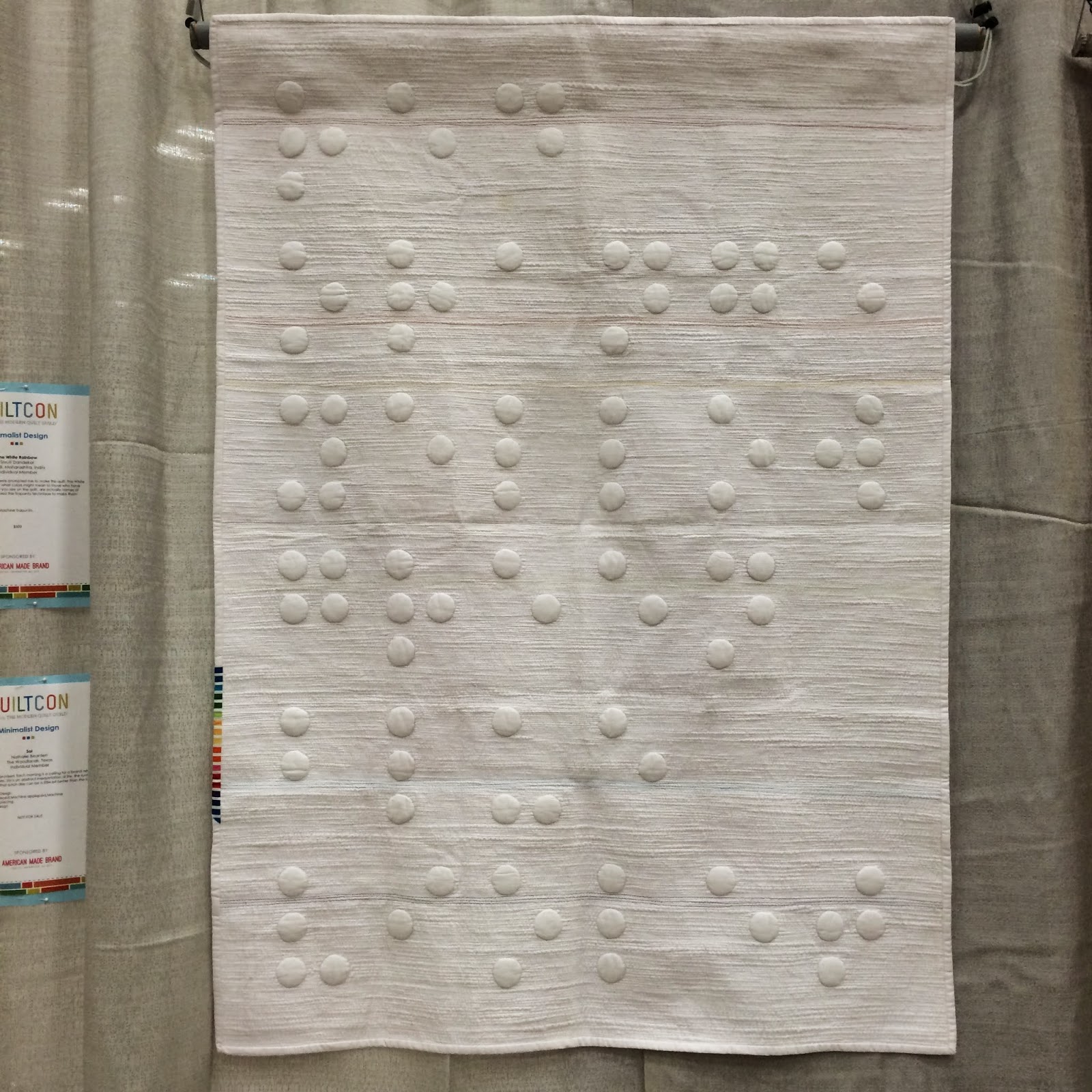 In keeping with the random nature of this post, here is a random sighting of the only quilt I submitted for the show, which was rejected. There were many fabulous quilts that were rejected so I really wasn't surprised or disappointed. It was part of the Michael Miller challenge, which involved a stack of cotton couture pastels. Pastels alone just don't excite me much, so Elizabeth graciously contributed some darker cotton couture colors for contrast. 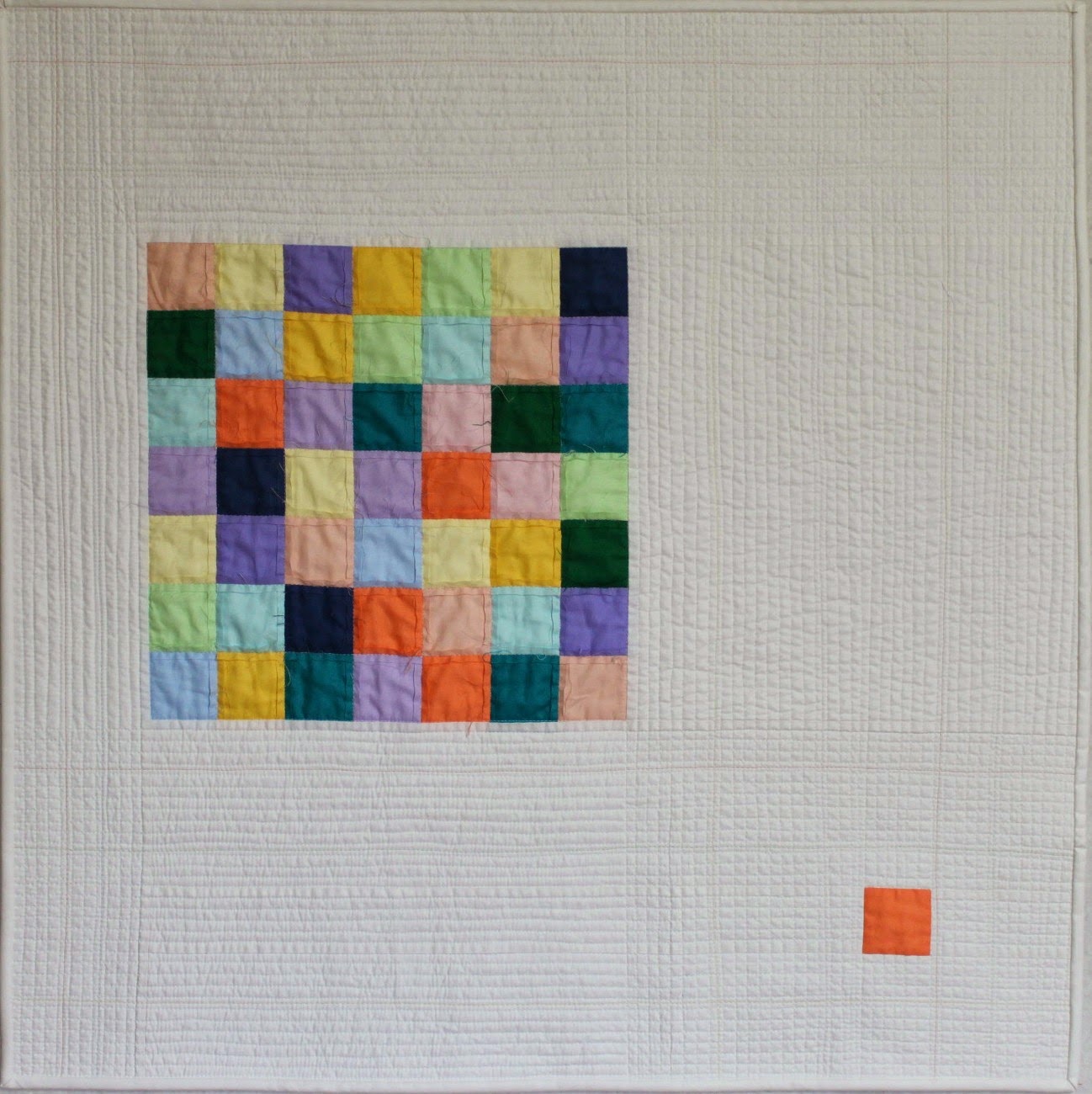 It was quilted with white thread, with random lines of color here and there, so subtle that you have to look closely to even notice them.

To keep it edgy, raw edges of the pieced squares, which normally would have been the "wrong" side,  became the "right" side of the quilt. So I named it "Exposed." 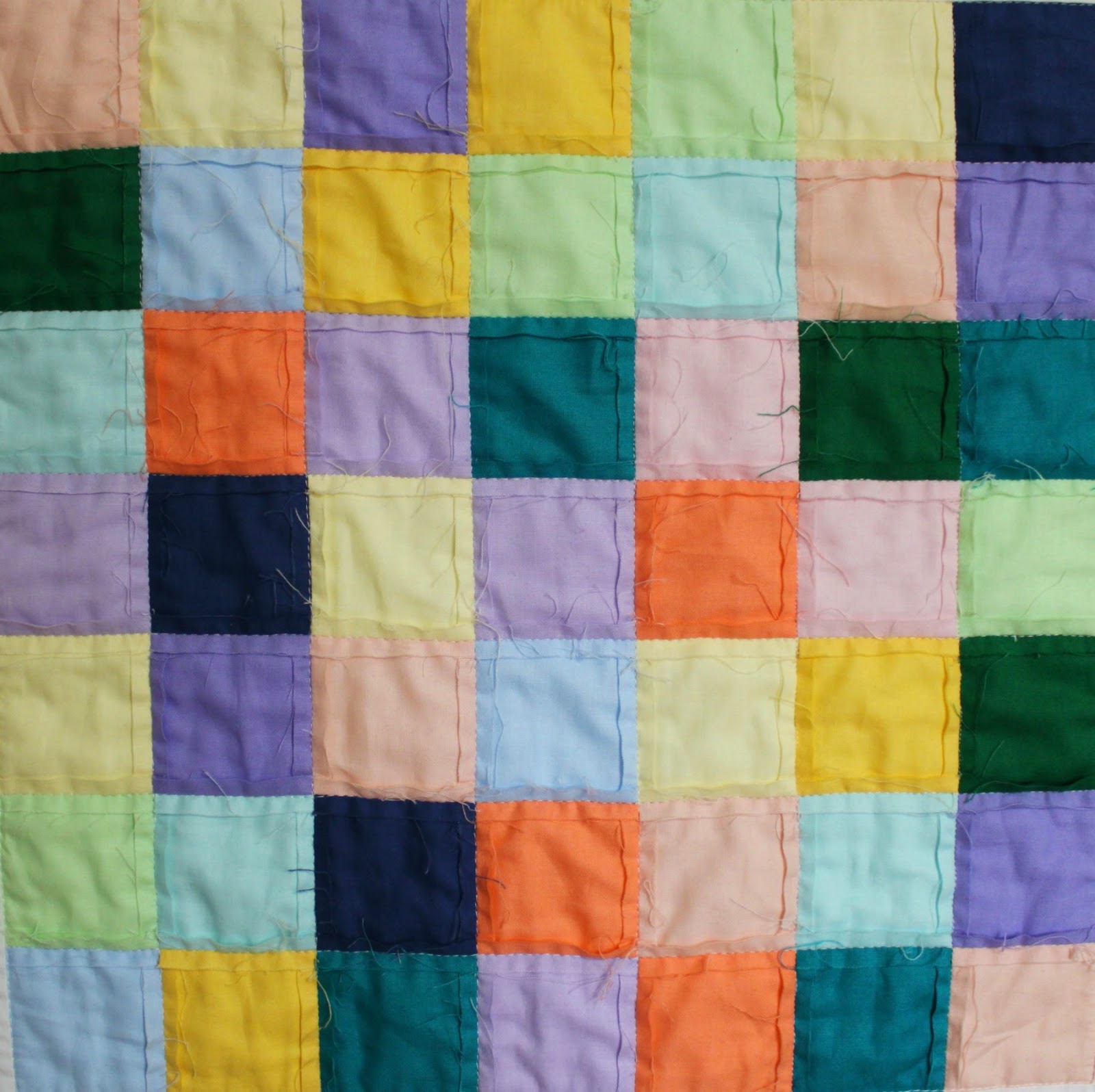 And that's it for this week. I would love to start blogging more regularly. I clearly need to dust off my writing skills...