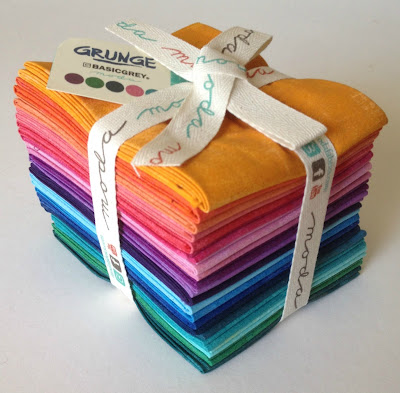 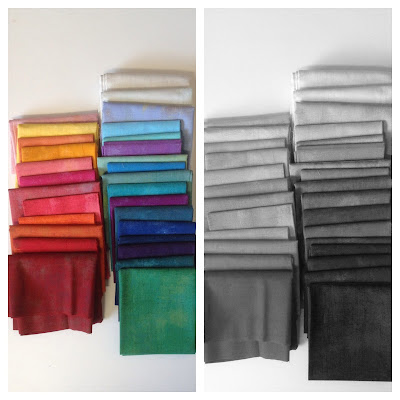 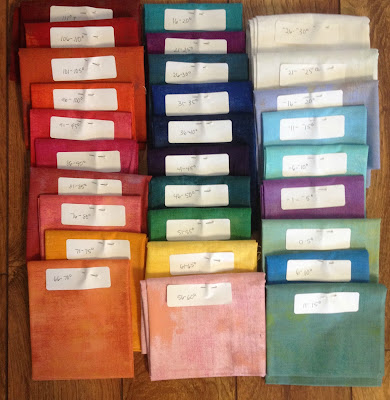 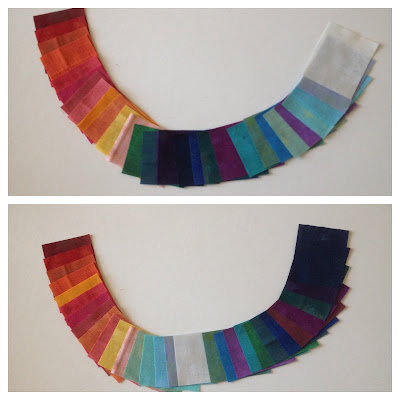 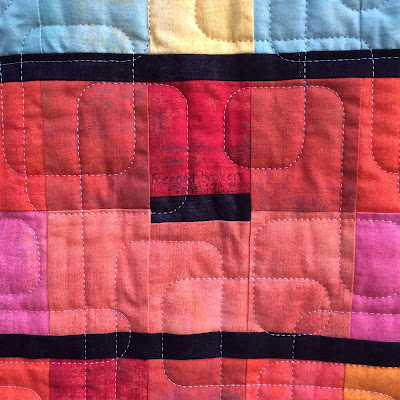 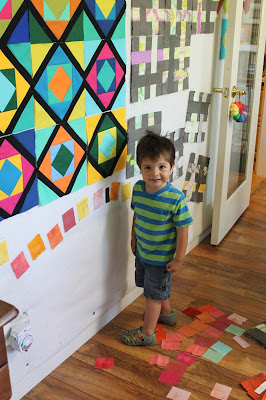 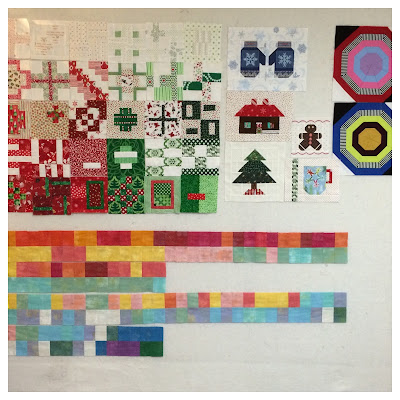 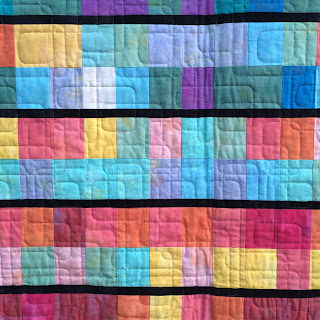 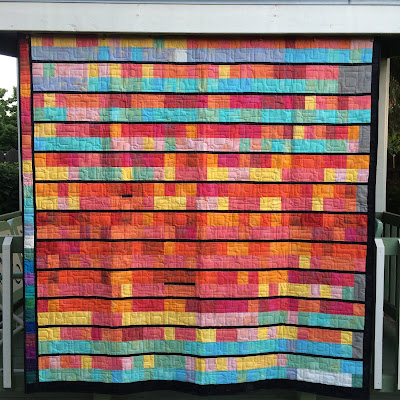 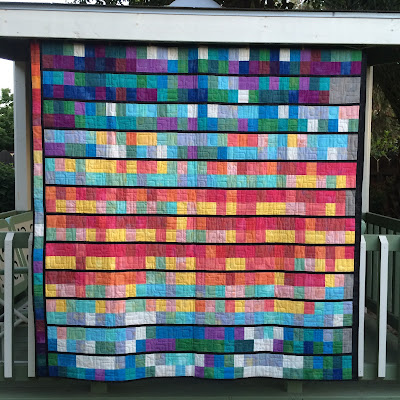 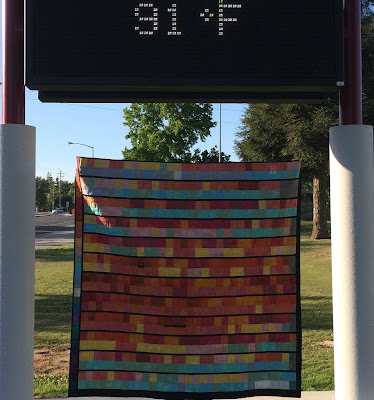 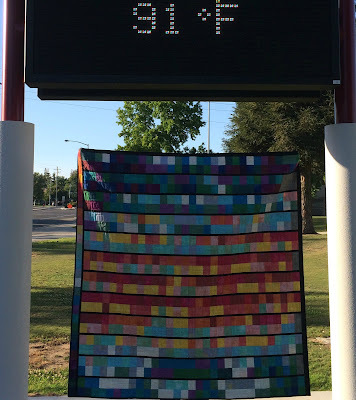 What a cool/hot quilt. Great job keeping this project going. Love it!

Wonderful design and love the colors.

great idea and great results. Here in Winnipeg, it was a high of 30 degrees celsius last Friday. Tonight's low is 1. we're all about highs and lows here!

Amazing. What a cool/hot concept. I am speechless!

These are both lovely! I keep toying with the temperature quilt idea too, I loved watching Rachel's come together.

This is such a fun idea! I just love both sides. Maybe I'll copy you someday??!

This is FASCINATING!! I moved 3 years ago to Canada's southernmost town; most of my family is in Edmonton AB and they (mistakenly) think there's not much difference between the two...I should totally do one of these.

Beautiful quilt with a fascinating inspiration. You know how I feel about heat so I will leave it at that.

Such a cool concept! Both sides look terrific, and the story behind them makes them fascinating! I like how you chose a warm location and a cool location, and the difference your choices made in the color layouts of both sides.

Love it! I've seen the scarfs knitted but not a quilt before. I think I'll make one myself!

What a great idea! loved seeing this one come together. Awesome finish.

Such a unique idea, and great finishes. Bravo.

Love that idea - and your are right, this Fresno weather sucks. I hate the heat.

What a great idea and quilts, very colorful, and meaningful, too. Thanks for sharing them.
Hugs

I've always liked this idea, but you took it to new levels making two pieces! Do you vary which side is up based on how much warmth you need? ;) On a related note, my family would never survive in Fresno. True story.

I grew up in Taft and Bakersfield and moved to No. NV when I was 21. Visiting in the valley is definitely a challenge. We visited Bakersfield in March this year (which is kind of pushing it for me) but who knew it would be 96 degrees in March!! Couldn't wait to get home!

I love the two quilts. What a great way to show the difference in climates between parts of the country. I hope you enter them in a contest. And your helper is so cute.

Hello, just stop the first time here... visit via TGIFF. I absolutely love the concept of the quilt and how it turned out. Last year at my working place I got a kind of coloured statistic about a one year project (there was a coloured square for every week)... there were blues, yellows, oranges and reds and I thaught about making a quilt out of it... now I see that I should have made that. :-) It works.

This is mind blowing - such an intriguing concept and the resulting quilts are both stunning!

This is very cool!

That is such a great idea.

I love your color adaption. This is such a "cool" idea and the quilts are stunning when completed.

The temperature quilts are SO fabulous. Great concept and results.

Very creative. I'm from North Dakota so can relate to the MN quilt.

What a really cool way to design a quilt. I had never seen this before. Visiting from FIUF.

What an interesting concept...which resulted in an awesome finish. Thanks for linking up with TGIFF.

It's so awesome, Cindy! I love it! Will you bring it in July? It was 55F here today, gray , and rainy. Seriously?! It's almost June 1. I'm about ready to move. I can't handle all this crappy weather!

Such a wonderful idea to make two city temp quilts. I love the contrast between them. And the idea of the little bars for record breaking temps was brilliant!

What a great idea! There's no way I'd be able to live in Fresno, though - when the temperature hits 20C (68F) I start to hope it won't get much hotter!

Loved this project! It's an interesting way of incorporating history into quilting in a unique way--I'm hoping that somewhere you put the year in the label so it will be well documented. I am also not looking forward to our summer, although we've had some nice cool mornings, lately (which I love!).

Your inspiration for this quilt is so brilliant why can't I think of things like that?

love these quilts - they are gorgeous and the idea brilliant

LOVE this gorgeous quilt, and as a St. Paul resident, you can guess which side I think is by far the more interesting. :-)

Yep, it really took me this long to sit down and finally read this blog post. Yay! I'm so glad to see how the quilt turned out, two quilts really! I like how you put the temperature gauge on the side. Hmmm if I ever do another one.... I thought about this year, but never got it going. Great job Cindy, so glad someone else joined me :)

If you are planning to become a meteorologist then you have a lot of weather forecasting instruments at your disposal to help you forecast the weather better. You may not know it, but you may be a future meteorologist who helps us plan our activities for the week. Barrackpore

Lovely quilt! Can I ask how big each of the coloured squares were that you used? I'm wondering how big this ended up at the end - you've got beautiful proportions!

Thank you!!! This is EXACTLY the (simple) pattern and instructions I needed to make an Anniversary Quilt for my daughter and son-in-law's 1st anniversary, commemorating the final year they lived in Yellowstone until just a few days after there wedding there, when they moved to start new jobs. Much appreciated!