Whew, the last Thursday in July! That means it is probably time to start Christmas quilt sewing, right?

There are two Christmas quilts in this pile. The binding is already machine stitched on each and just needs to be hand stitched down. 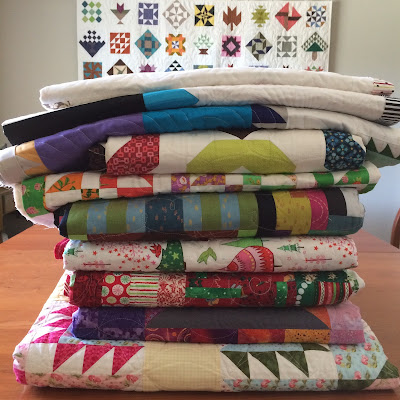 So it turns out we needed a new refrigerator. Ours lasted 14 years. I guess these days that is pretty good. The sad thing is that we spend all the money to get a new one and it will look just like the old one. 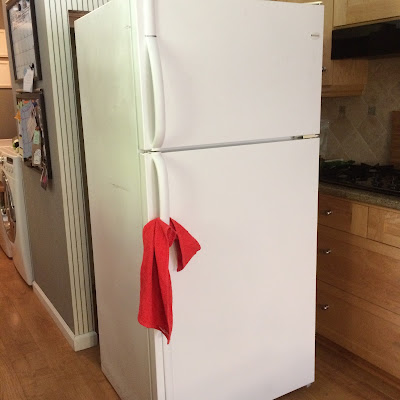 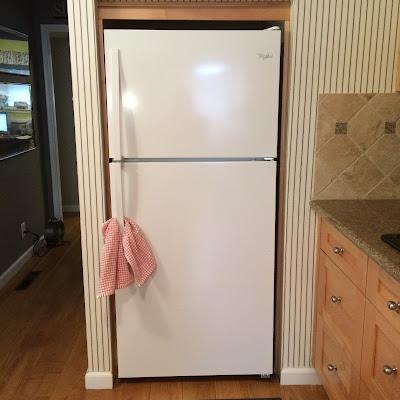 See what I mean? When I spend that much money it's nice to have something noticeably different. Does anyone else feel that way?


I got a new battery-powered alarm clock. The display also has date and year. And temperature. It came factory set to centigrade. These were the instructions to switch it to fahrenheit.

According to the tone/day/temperature knob, temperature and degree of Chinese type conversion functions.

I would like to have a quilting retreat here, the Nature's Inn B&B about an hour from Fresno. 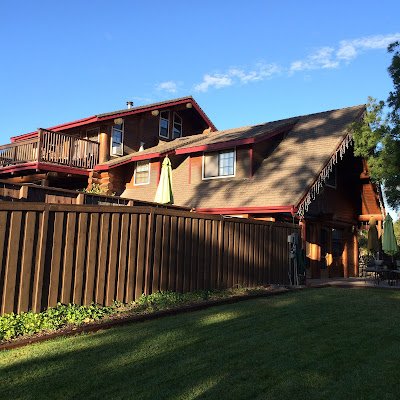 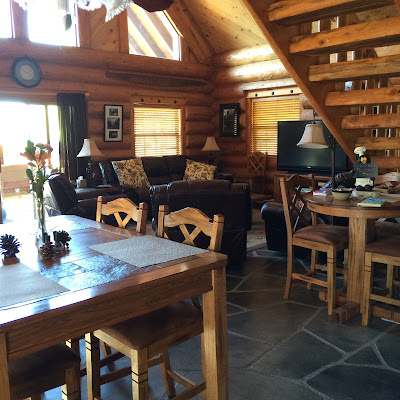 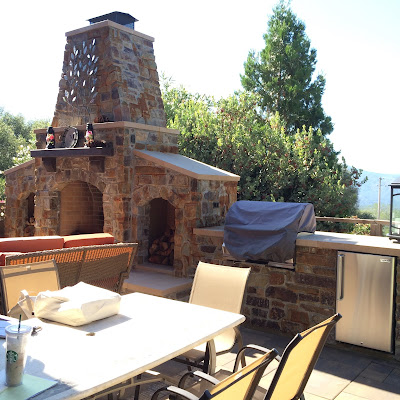 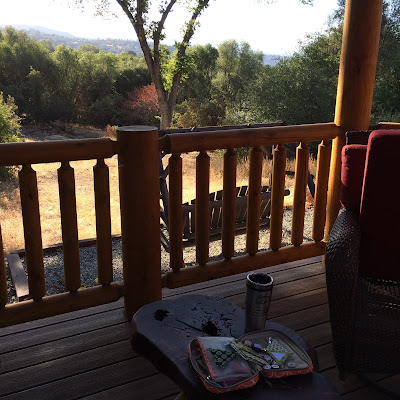 Friends are coming from Minnesota the beginning of September. We will meet them in San Francisco. So we bought tickets to Beach Blanket Babylon? Have you heard of it? Have you seen a performance? It's so iconic San Francisco, dating back to the 1970s. It's a musical parody on the day's headlines. There is a basic storyline, but each day's performance is different based on what is current in the news. See what I mean? 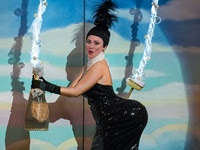 So much fun and SO funny. And then there is this. The hats! 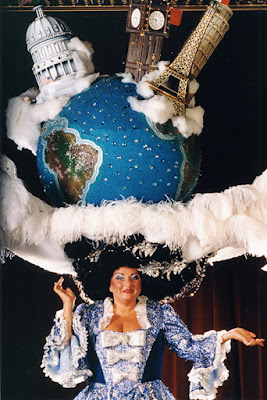 It is helping to write down everything in this paper planner (the Get to Work Book--this school year version is sold out, but the 2016 version will be out soon). Using my phone just has never worked for me on a consistent basis. Do you use a paper planner or your phone? 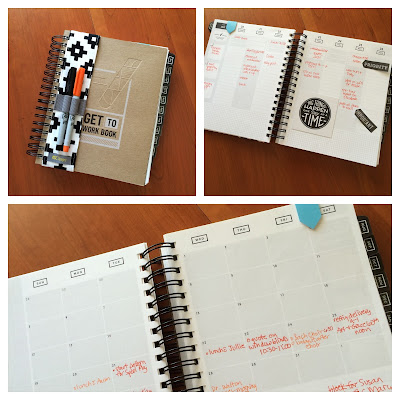 Raspberry sorbet from Ampersand. One of the new businesses in town and so delicious. 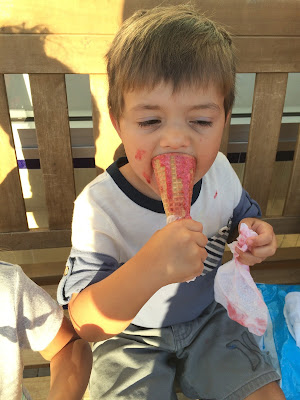 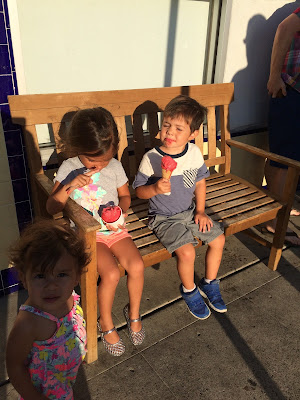 A mini tutorial on Fresno: Population 509,924, the fifth most populous city in California, behind Los Angeles, San Diego, San Jose and San Francisco--and the 34th largest in the country. Lots of people, including those in California, think we are just a tiny little town somewhere between Los Angeles and the Bay Area.


Amazing deals. What? Maybe if they included free shipping. Ha! 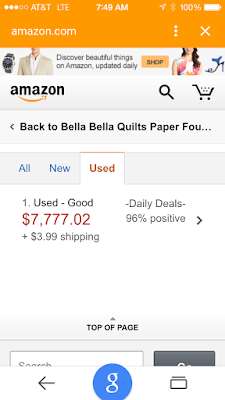 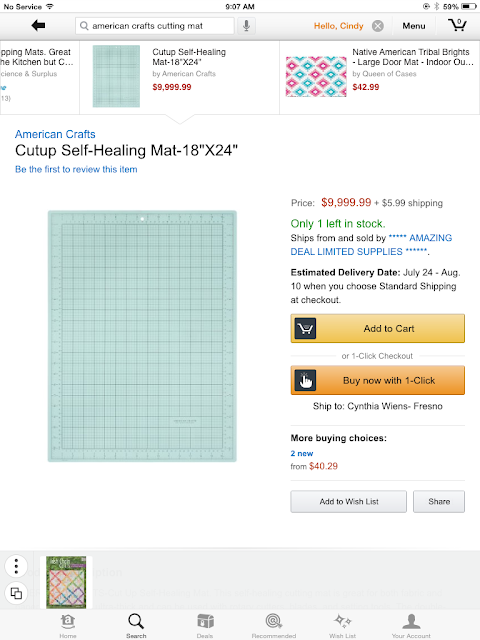 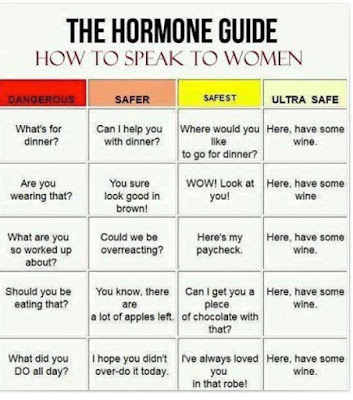 My friend, Michelle, posted this on Instagram. So the back story on this. We had a Keurig machine at our Gruber's quilting retreat. I had never used one before. Somehow my cup got overfilled...and she took a picture. That's what friends are for. 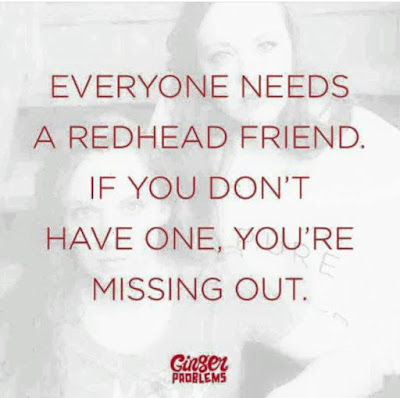 Fun random - love that stack of quilts ready to bind! ;-)

Great randomness! That does look like a great place to have a quilting retreat.

It looks like you have your work cut out for you with all of that binding. Have fun.

My red-headed friends are some of my best!!! Maybe we need to have a winter retreat at that bbq retreat place !?! And the hormone guide is a riot!

I still use a paper planner! I'm a traveling teacher, so it's pretty necessary to manage going between so many schools. I actually just bought a new brand of calendar this year, called a passion planner. Anyway, I'm hoping that I love the new set-up :)

I went to Beach Blanket Babylon in January this year. It was great! The costumes are so awesome!

I use my phone. But I don't have a ton of different activities going on really. It helps to sync with my boyfriend when we have stuff going on.

Such fun randomness! I totally agree on the fridge. But at least the inside of the new one looks different and sparkly clean! there's that...

wonder what the deal is with those amazon listings!?

Paper. Calendar for everyone to see and a note book which has been invaluable the last few months with selling a house, buying a house, planning a 3 week holiday for 5 and becoming a PTA committee member. :)

Looks like you need to have a binding party! I love hand-sewing binding, and haven't had any ready to do in a few months. I would love to stay at that B&B for a retreat - sign me up!

I've learned that life really is better with a red-headed friend. I may be old, but I can still learn.

Good stuff here, Cindy! Sounds like your Gruber's retreat was really wonderful. Gosh, I'm kicking myself for never going there when we lived in Iowa! I hope your new battery back-up alarm clock has a projection feature. The best thing we ever did was buy an alarm clock that projects the time onto the ceiling. I wouldn't be without it now... if you don't mind KNOWING that you're still awake at 1:53 a.m! :-)

I'm a TOTAL paper planner...at school I still use an old fashion lesson plan book while all the young ones keep thiers on the computer. I couldn't live without my calendar of lists!! LOL!!

I missed this week but what wonderful random!! I am a total paper planner and I check it a few times a day, otherwise I would forget everything!!!