This time last week I was sewing away at a small quilt retreat. It's an annual retreat at Huntington Lake, "lake" being a relative term this year. 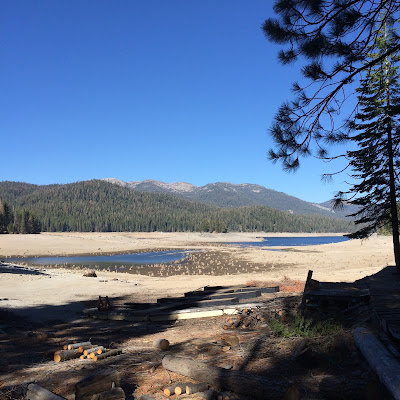 There were actually two groups of us and we sewed in separate areas but gathered together for meals. Our group had a smaller turnout than usual--people were traveling, I mean really traveling--Vietnam, East Coast, etc., but it was relaxing and I got a lot done. 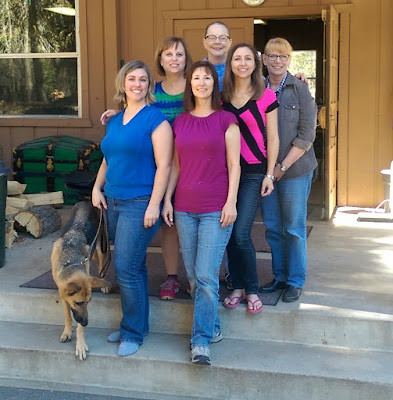 We decided it would be fun for both groups to make blocks for a quilt that will be auctioned at the MCC sale, hopefully in April 2016. We were each given a focus fabric and the block pattern. This is my block. 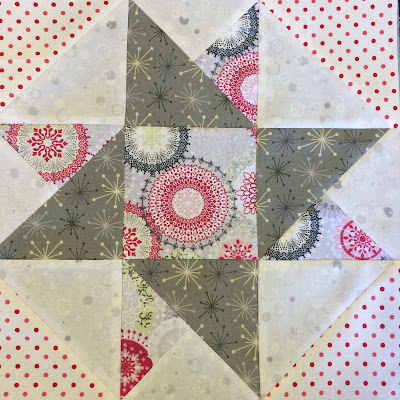 We added completed blocks to the design wall all weekend. I think it will be a fun quilt when it's done. 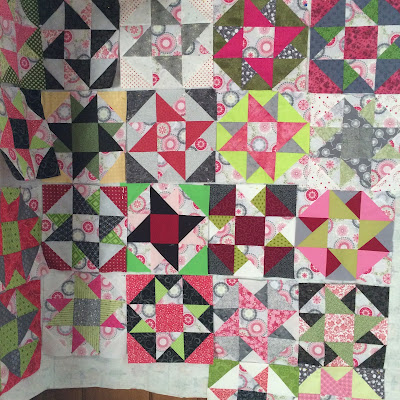 I worked all weekend on the quilt I will be donating to the MCC sale. I modified the fabulous "Moccasin" block of the month by Anne Marie Chaney of Gen X Quilters by making it larger. The Moccasin blocks are 9" and I scaled them up to 12", and then added another set of blocks all the way around. It required math. Which made my brain hurt at times. Or maybe it was just the altitude of 7,000 feet...

Since I was adding blocks, I also used some of Anne Marie's "Vice Versa" blocks (which were already scaled in both 9" and 12"--hurray!) 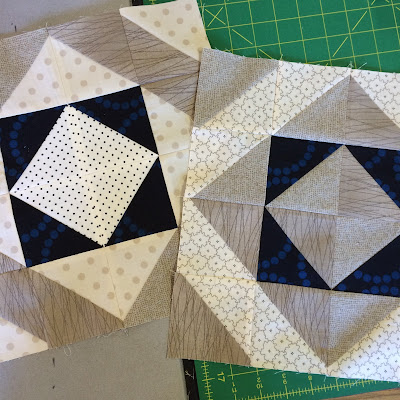 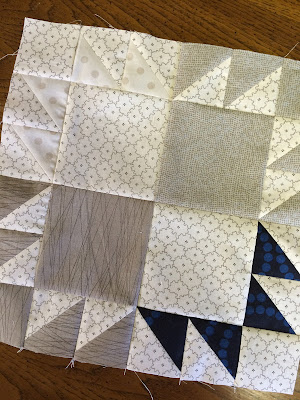 I got the whole quilt top together yesterday, so come back tomorrow to see how pretty it is. It's big--108" x 108". And I'm glad my part is done--it hurts my hands to juggle such a large piece of fabric!

Kim worked on a sweater all weekend instead of quilting. When she tried this on, there were still several sets of knitting needles in the sweater. Can you see them? Cute sweater, right? 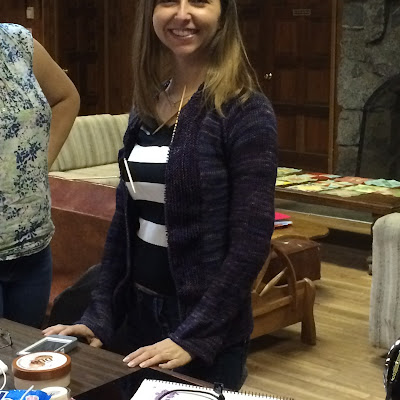 While I was sewing the weekend away, Mark was on TV with Tom Hanks!

Okay, so here's the scoop. Tom Hanks has some kind of connection with someone at Kerman High School where Mark was reffing the Friday night  football game. And each year, the school picks a theme for homecoming and this year they chose Tom Hanks movies. 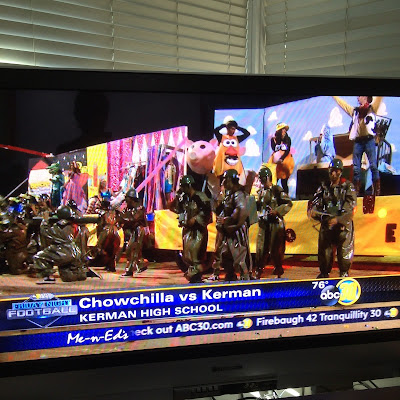 The Army soldiers from Toy Story on a float
So they did a social media blitz trying to get him to attend the game. He was away filming a movie, but he made a 7-minute video that they played during halftime. 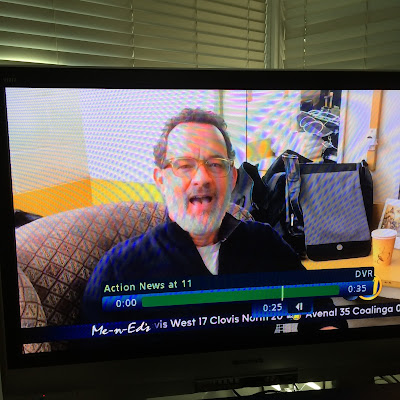 And see the guy in stripes? Mark. On TV. With Tom Hanks. Kind of...but good enough for me! 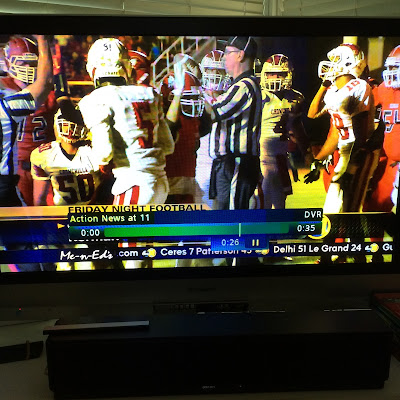 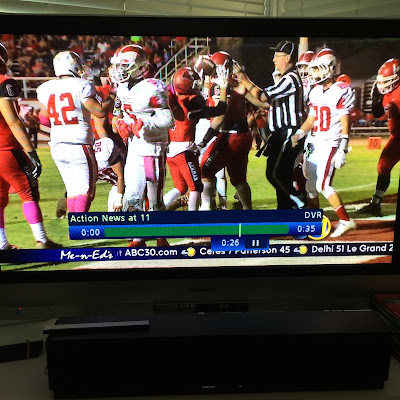