I'm getting this one in just under the wire. When my friend, Susan, posted a Best of 2015, I loved the idea. So I did something that I never do--opened up the stats on blogger. It was so interesting.

2015 was the year that I completed more quilts than in probably the last five-plus years combined! 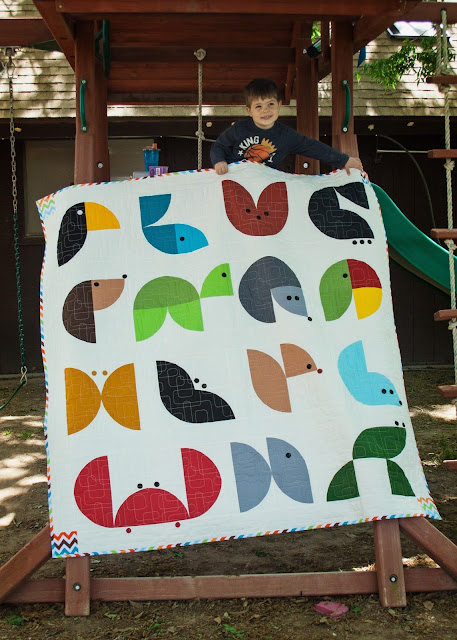 This is by far my favorite as well. And this little boy could not be more special. The original quilt by Dani Miller captured my heart from the very first time I saw it. So thanks to Dani for the idea.

I even made him a set of Animal Planet blocks for Christmas. 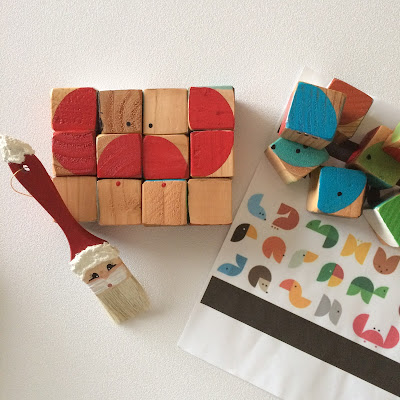 Thanks to all of you for so much quilt love. You can look forward to a miniature version of Animal Planet in 2016.

2. A Day at Disneyland 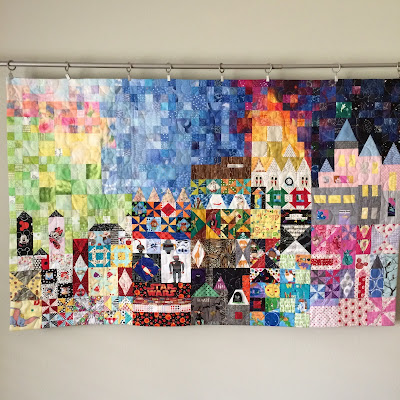 This was one case where procrastination definitely worked in my favor. As part of a group of six bloggers who chose to host a quilt-along for this fabulous pattern, My Small World by Jen Kingwell, I was the last one to post. So true to form, I didn't even start this quilt until close to the end of the quilt-along, when it would soon be my turn to post. Because of that, little by little a plan formulated, and I ended up an I Spy quilt with lots of Disney details. 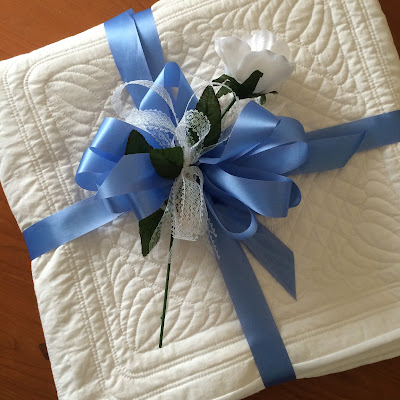 This quilt was in the works literally for over 15 years! The reason I know that is because it was variously called the Engagement Quilt, the First Anniversary Quilt....well, you get the picture. It was completely hand quilted. The only machine sewing on this quilt was the top layer of the blocks. The batting and backing were then completed by hand. It was finally gifted to our son and daughter-in-law on their 15th anniversary in June. 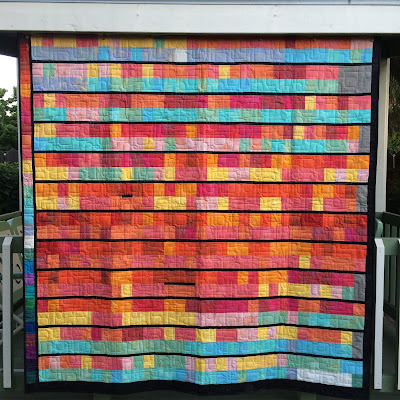 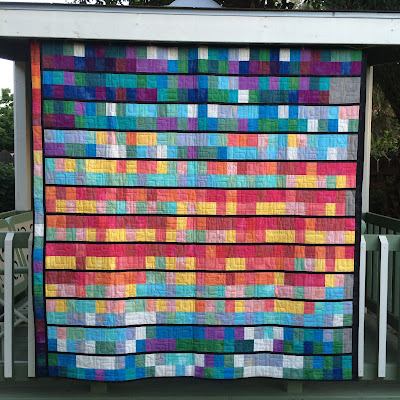 St. Paul
Rachel of The Life of Riley came up with the original idea of keeping track of temperatures for the year 2014 and making a quilt, with each color representing a specific five-degree increment in temperature. I thought it was a brilliant idea. But Fresno doesn't have a wide variation in temperatures throughout the year so I also kept track of temps from St. Paul, Minnesota, both highs and lows for each day and for each city, because Mark is from Minnesota and his brother lives in St. Paul. This two-sided quilt was a lot of fun to make.

5. Christmas in the City 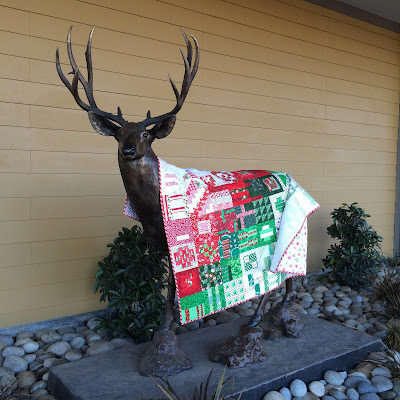 This is one of my favorite quilt photos from 2015.

Using Tula Pink's City Sampler: 100 Modern Quilt Blocks book, the blocks were arranged in a color gradation. It was a fun project and turned out even better than I hoped.

I'm linking up to the Best of 2015 at Meadow Mist Designs.

A lot of quilts were completed in 2015, more than I could have imagined, and I look forward to a productive, challenging, and COLORFUL 2016! That's what my quilting life is all about. I hope you will follow along.

Fun to see all the great projects you finished this year!

I love Animal Planet and Tale of Two Cities!!! I'm going to make myself a temperature quilt this year, but I'm not ambitious enough to make it two sided! :)

Your quilts are wonderful, I love the animals quilt! Thanks for linking up!

How wonderful to see these five beautiful quilts together! Most of them are colourful, but all so different! And to think you got a fifteen year old WIP finished! That doesn't make me feel so bad about my six year old Mariner's Compass which I am working on getting quilted today! Here's to a colourful 2016!

Of course my favorite is Christmas in the City (crazy about it) but the Temperature Quilt appeals to the weather freak in me as well as the "gradated" aspect to it - very innovative. But the White Quilt is the post that made me cry. Just beautiful.
Happy 2016!

You sure have some beauties there, Cindy, but the best feeling has to be completing some of those UFOs. Sounds divine... but something I can't put my mind around. How can I dig out any of 15 old UFOs and finish them when the colors and designs are so 80s?! Ugh. I adore my modern and brights too much to give time to the old stuff. But yay for you! Hope you get your sewing mojo back soon. I have it (I think) but not that much time to DO anything about it! Eek! That's TOO busy.

Beautiful makes! I love the story of the White Quilt. What a great gift! Have a Happy New Year!

So fun to see a little recap from the year. I just love the I spy concept within the Small World quilt. Happy New Year. I'm going to call soon.

Wow...so much eye candy in one post. Adding the blocks for your Animal Planet quilt is such a fun idea!! And your tale of two cities quilts are gorgeous...love the color palettes!

What an amazing concept in Tale of Two Cities. Both Fresno and St. Paul are celebration quilts. If I were the mayor of a city, I would commission you to make a quilt for my city based on this concept. I am sure that the Animal Planet quilt is definitely in my future :-)
http://sewpreetiquilts.blogspot.com/

Fun to see these top five in one blog post. Bravo to you, Cindy, for a year of great finishes!!