Lots of activities going on in the past week.

Saturday there was a bit of a conflict. My mother, who has taught piano for 50+ years, had her annual recital. At 11 a.m. The same time Levi was supposed to be at the ball diamond to warm up for his playoff game.

My mother put him first on the program. Even so, this might be the first time one of her students has performed in a baseball uniform. 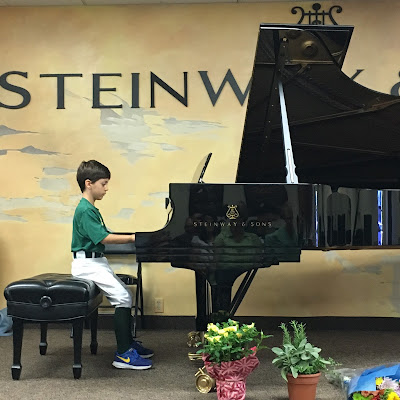 A little blurry as I captured him mid-bow...but cute nonetheless. 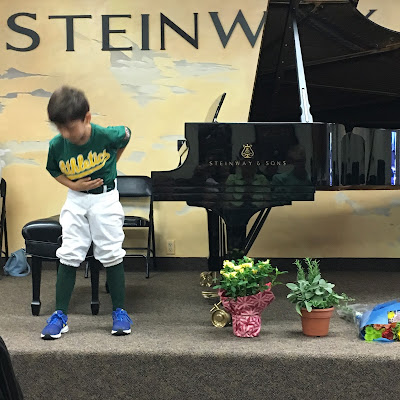 A little later, Charlotte had her turn to play. 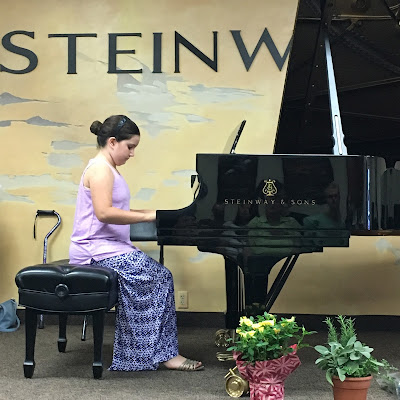 It's so special to have these two taking lessons from their great grandmother. 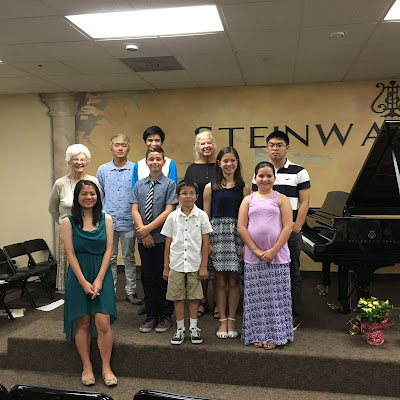 The students have the opportunity to play on a pretty spectacular Steinway grand piano. Charlotte and I walked through the showroom after the recital, and they had a cool display that shows what happens when you play a piano key. 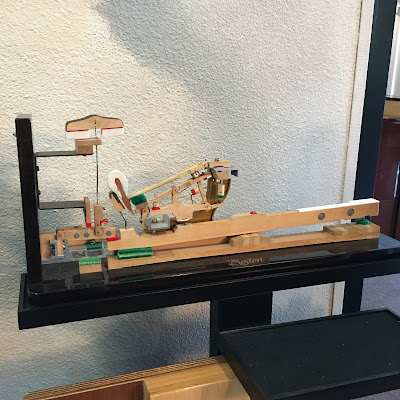 And then it was on to Levi's ball game. 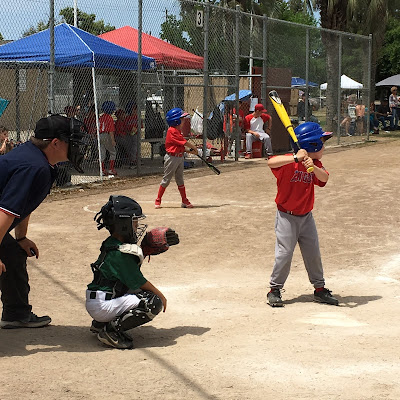 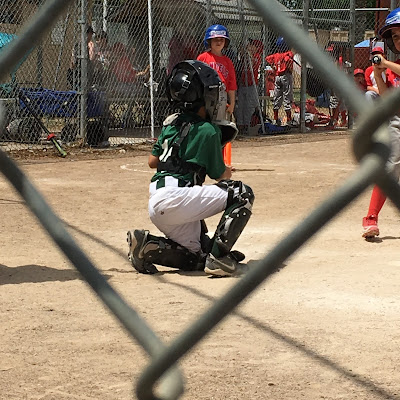 Levi's team won. And Ella wanted to hang out next to her brother after the game. 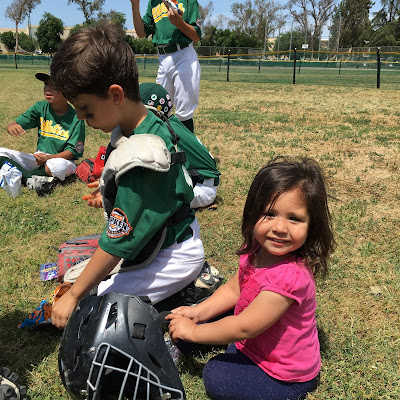 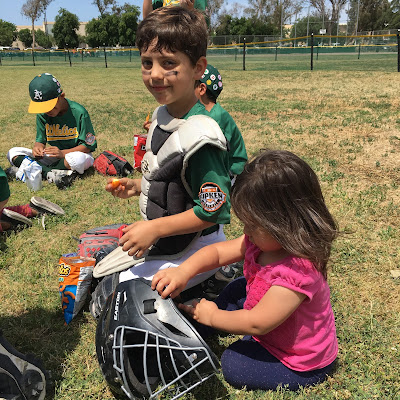 I try to walk early in the morning, especially now that it is starting to warm up. The other day I took the time to actually notice the blooming flowers along the way. 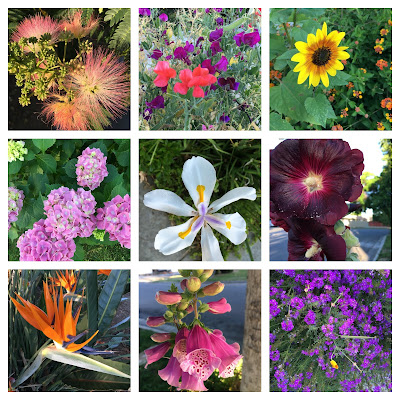 And some more unusual things as well. This was just randomly growing out of the trunk about midway up. 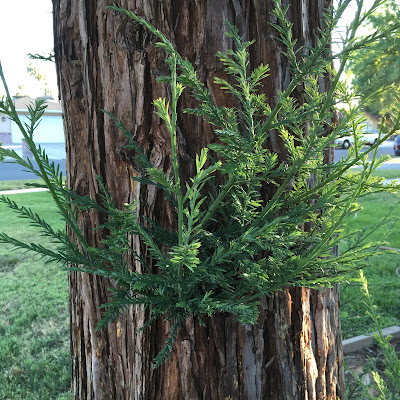 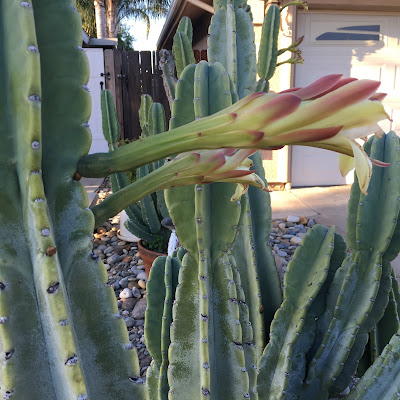 A couple of nights ago we had family pictures taken. In past years we have always done them in our backyard, but this year we took them in the yard of good friends. They live at the end of a long cul-de-sac, and when they built their house, they were considered to be out in the country. Not so much anymore. But one of their neighbors has enough acreage to have horses. They were pretty hard to resist. 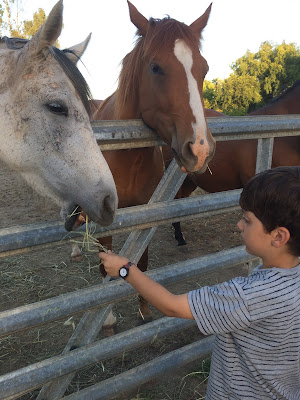 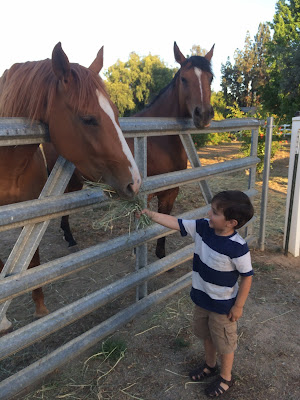 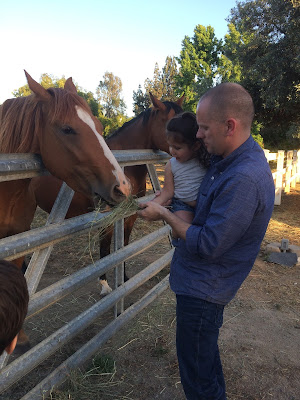 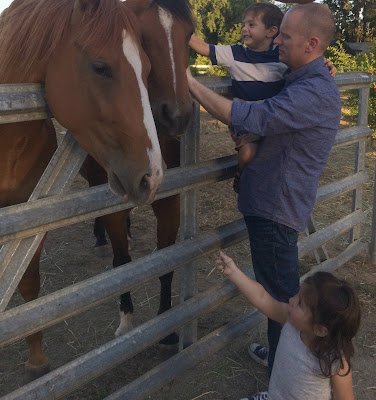 We received this picture via email the other day--the college Mark graduated from, Tabor College in Hillsboro, Kansas, has something called Centennial Plaza. Apparently at some point we purchased a brick. I'm glad they reminded us... 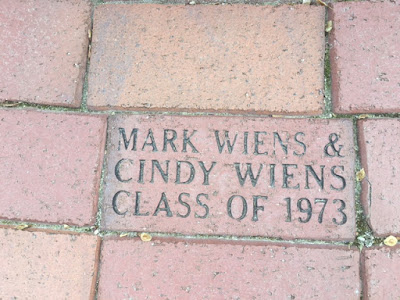