It's been an interesting week full of randomness. So let's get started. 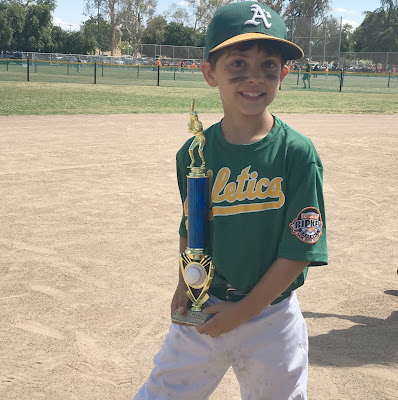 Also on his team was good friend, Luke. 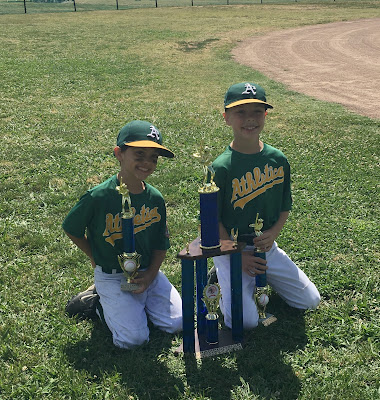 His coaches were wonderful. They taught fundamentals and the boys learned so much this season. 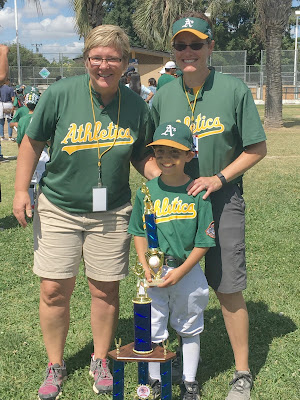 Seen in the parking lot. It looks like this guy was using water bottles as a temporary car jack for his flat tire. 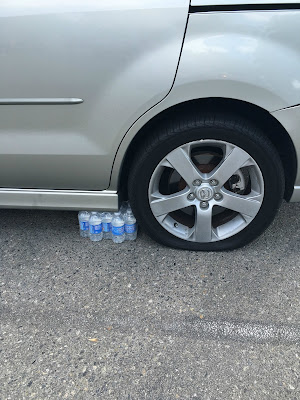 After the game, Mark and I went to fill his truck with gas. Have you been to a station where you can actually watch TV while you fill your vehicle? Do we really need to be entertained all.the.time?? 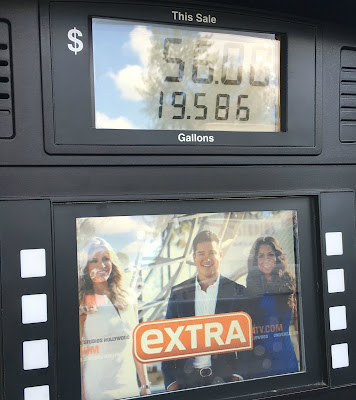 We drove around town and I got so excited when I saw my favorite cows, Belted Galloways, commonly known as Oreo cookie cows. Really. You can google "oreo cookie cows" and read more about them. I first saw them in Rhode Island years ago and just loved their distinctive markings, but I've never seen them locally. They made me happy. 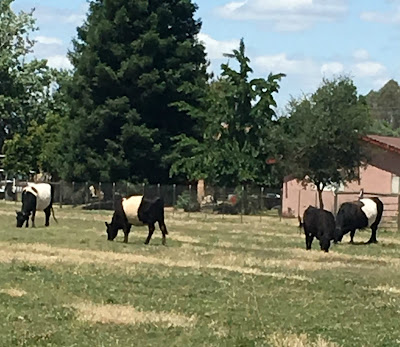 The kids were over for supper on Saturday night. Don't let any of them know I just wrote "supper," as they always correct me and say it is "dinner." Whatever it's called, they were over for the evening meal. Charlotte had seen a recipe for dessert pizza--bake a can of crescent rolls, cover it with whipped cream and sliced fruit. She thought it would look even tastier if the whipped cream was purple. Because what 9-year-old girl doesn't love the color purple? 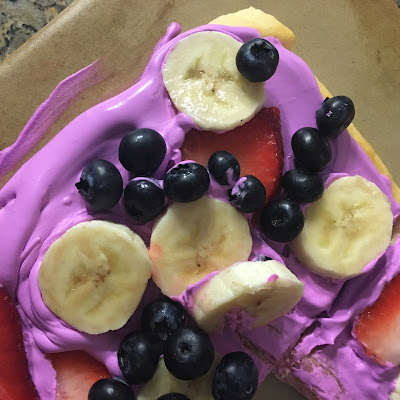 When I stopped at Target the other day, I saw the Google Maps vehicle! That's quite a camera mounted on top. 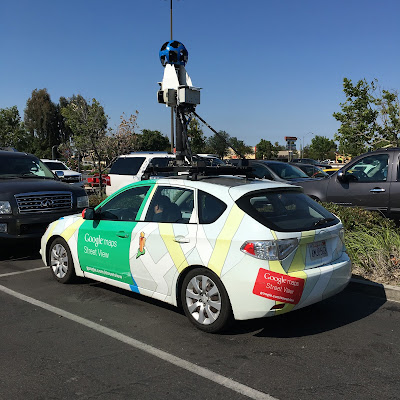 The first five years of our marriage, we lived in Western Kansas. While we heard the tornado alert siren fairly often in spring, we never saw an actual funnel cloud. At least I didn't. I was usually in our neighbor's basement, while Mark was in the middle of the street trying to catch the action. Our good friend sent these two pictures to me yesterday. Yikes. I would have totally freaked out.

And people don't want to live in California because of earthquakes. Go figure... 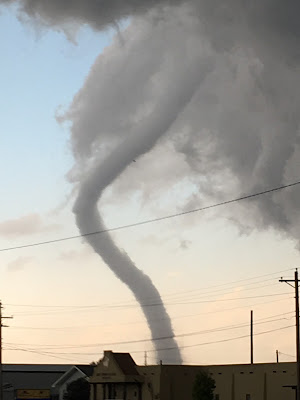 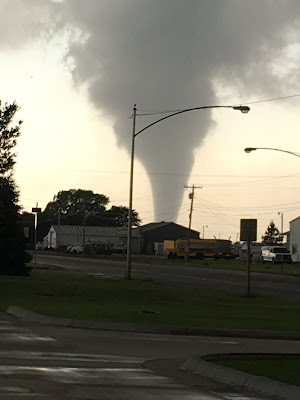 This is what we saw yesterday evening. Beautiful. Not frightening. 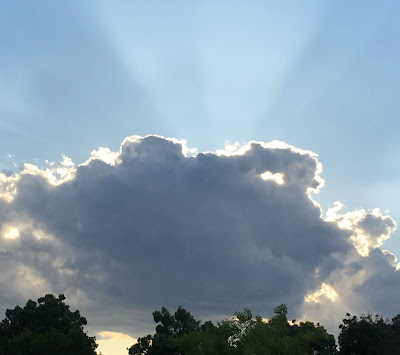 My brother, who lives in Washington, DC, is here for a few days. We took him and my parents, along with Gabe and Ruby, to the Fresno Chaffee Zoo. African Adventure never fails to amaze me. My parents hadn't seen it yet because of all the walking involved. Now we know that motorized scooters and wheelchairs are available for rent so they were able to join us. 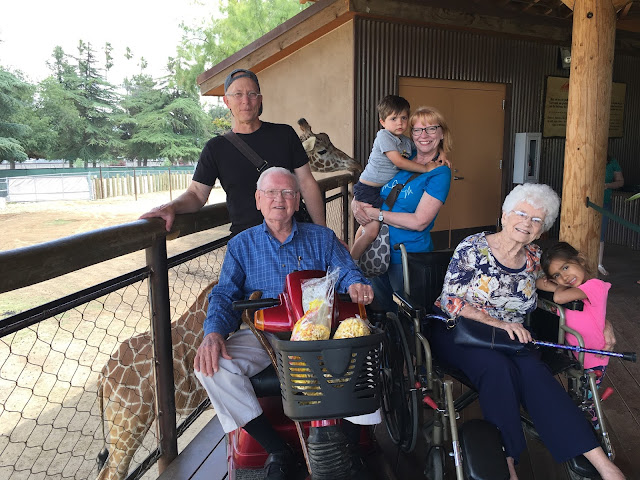 I won't say I'm not biased, but aren't these 4-year-olds adorable? 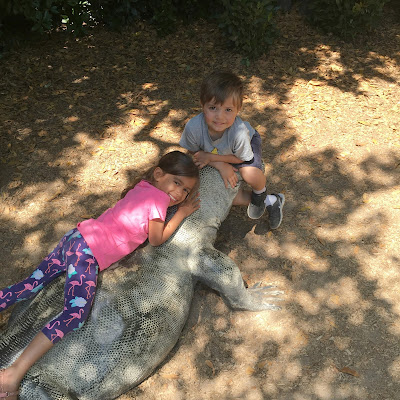 Four grandchildren, ages 2 1/2 through 9 1/2 will be staying with us for four days. They need something to do. So....they each received this invitation in the mail yesterday. 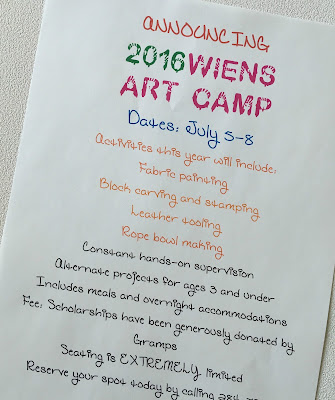 And I'll leave you with this thought for the weekend. Have a good one. 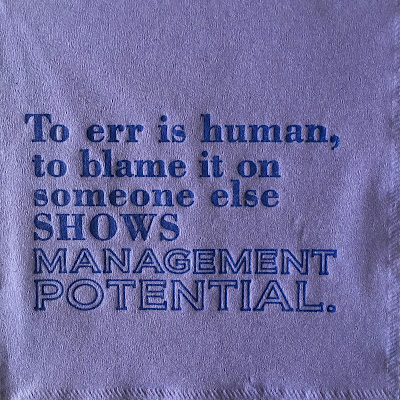 I love that you have a theme camp planned for the kids' visit. Not that visiting grandparents isn't fun, especially when they know you well, but extra doses of fun are always good.

Absolutely love that thought, I am going to have it on the wall. The photo's are great, didn't like the look of the twister.

Love your camp ideas!! Tornadoes? Not so much. We are under a tornado watch here in NE. At least there were no sirens this week--- yet!

Your art camp ideas sound like a lot of fun, let's do a grown-up version!

I can see why there is no sewing happening! Your grandchildren are so cute! Have fun!

It sounds like you have had a busy week. Can I come for summer camp too? You are going to have so much fun with them.

I remember living with those tornadoes in the midwest....no fun!

You are the most fun grandparents!! What a fabulous in invitation! Those tornado pictures are wild!!

Looks like the giraffe is after someone's pants in your photo. You're the best grandma . . . I would never have thought of art camp. How very fun. Enjoy your time with them and after four days I hope you're still alive.