Every year, on the weekend closest to Valentine's Day, there are two different wine trails nearby. Some people are surprised to find out how many wineries are in our area--there are actually a lot of them! On Sunday, after several days of rain, the weather was really nice and so after church we headed off.

Mark is the person you want if you are going wine tasting. He drinks water. Which makes him an excellent designated driver. Our first stop was at a small winery called Nonini, where the owners have been making wine for over 75 years. Mark had designed a kitchen remodel for the owner several years ago.

For some reason, Mark had worn a jacket he doesn't really wear that often. It has a label that says "Minnesota"--I think we probably bought it in the Minneapolis airport. A woman noticed his jacket right away, and of course asked, "Are you from Minnesota?" It turns out they were both from southern Minnesota, from towns seven miles apart. We ended up chatting to Sonya and her husband for at least half an hour, as she and Mark discovered they knew many people in common. It was so surreal. They were so nice and we plan on having them over for a Minnesota dinner, which will no doubt involve hot dish, salad with Thousand Island dressing, jello, corn and brownies. 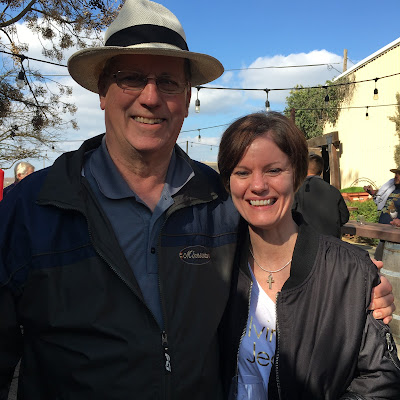 Another nice stop was at Engelmann Cellars. They have outdoor concerts and wine tasting every Friday night starting in May, which sounds like something to do before the weather gets too hot. 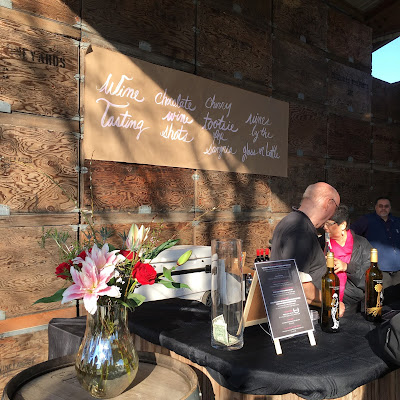 While relaxing there and listening to live music, another man asked about Mark's Minnesota jacket. We ended up talking about Spam (the Spam museum is in Austin, Minnesota--yes, there is actually a Spam museum) and Velveeta cheese (even though Mark was raised in dairy country, the only "cheese" he ate was Velveeta--yes, we have many discussions on whether Velveeta is actually cheese...) Ignore the dirty back window of our car (it keeps raining and so we haven't washed the car). Someone had written this: 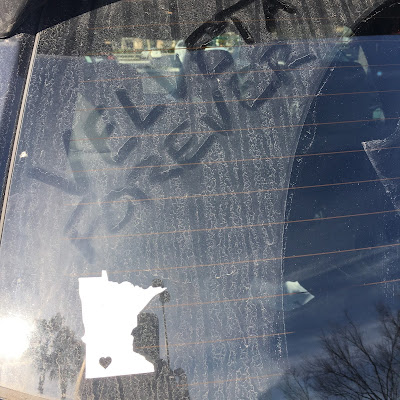 Speaking of cheese, our grandchildren love macaroni and cheese. When I saw this card at Target, I knew it was a must-have Valentine card for the four of them. 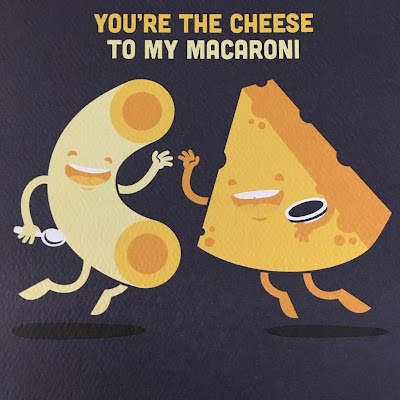 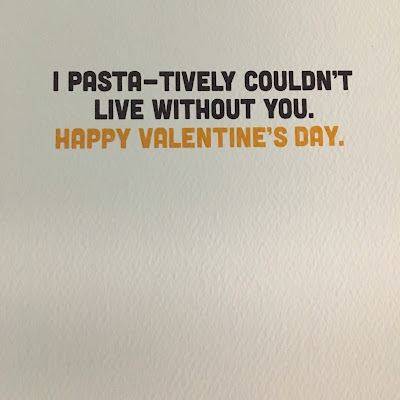 They each received a box of mac and cheese, each one chosen specifically for them, along with some chocolate hearts. 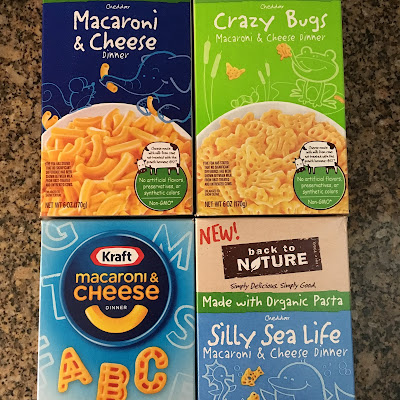 As has become our tradition, now on our third year, we celebrated Valentine's Day with hamburgers at Big Mama's, including our tradition of eating our hamburgers by candlelight. Mark also gave me a beautiful bouquet of flowers. 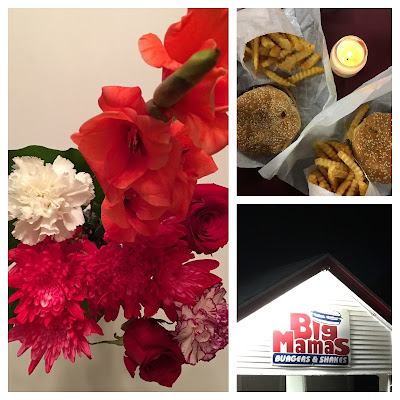 This is the closest thing I have to a heart-related quilt, a mini quilt I made a few years ago when the Pantone Color of the Year was Radiant Orchid. 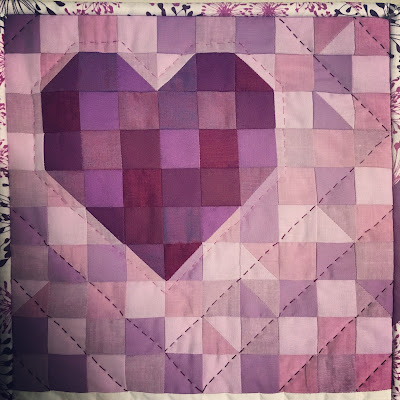 This melted my heart--a card from Gabriel. I think this might have to become a mini quilt as well--with a little fusible applique and some embroidery. 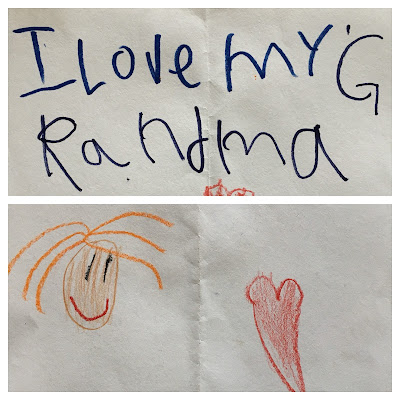 These gorgeous trees are in full bloom, flowering pear. Beautiful to look at, but they smell absolutely awful. 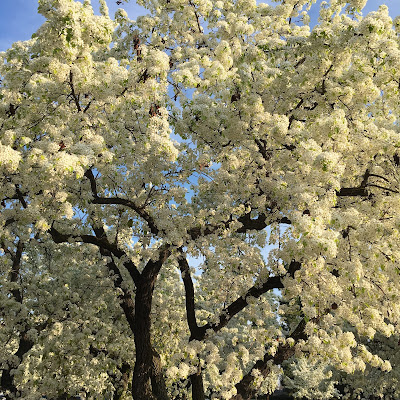 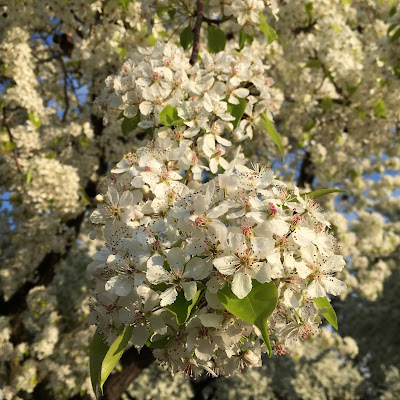 And this. Because it made me chuckle. 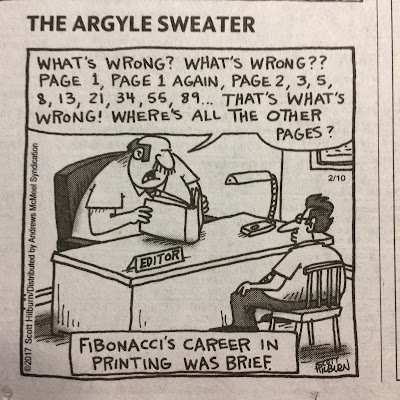 It's interesting how one Minnesota jacket could cause so much of a stir. It sounds like a fun day along the wine trail.

Aren't the pear trees stunning right now? They've been extra nice this week with a little sun shining on them, but that will change later today with the big storms moving in here.

The mac and cheese is such a cute idea for the kids. I love Gabe's card to you!

Sounds like a pretty great way to celebrate Valentine's Day all around. The mac & cheese card/gift is so up my alley, and those are the things you remember later, I think.

Good to hear you've been getting a lot of rain lately. And I can't believe you have trees blooming... already! We still have snow on the ground :( I love love love going to wine tastings, so I've always wanted to tour wine country. sigh - someday I'll get there.

Isn't it fun to have conversations sparked by something like a jacket? Location can be such a common denominator for people. Happy belated Valentines. We're lame about celebrating holidays and events like birthdays.

I've BEEN to the spam museum!!! And, honestly, it was so much fun! It was very interactive and lighthearted -- and then at the end you can count all the varieties of spam in the gift shop.

This was a great post with lots of Minnestan flavor--very fun to read! I saw that Fibonacci cartoon, too, and thought it was great. Happy Valentine's Day (belatedly).