So a week ago today, I came here to the computer to begin my work and noticed that the date was stuck on Wednesday, February 22. "That's not good," I thought to myself. When I was finally able to open up the computer everything was gone. GONE. Pictures, files, everything. Panic ensued. 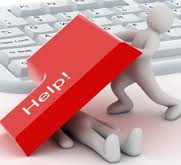 After remembering that things were backed up everyday to iDrive, and trying to do a restore, which took 12 hours by the way, I couldn't find any of the restored files. At that point, I called Microsoft tech support. Turns out that in the middle of the night, Windows had run an auto update. Here is the ironic thing--it was an update to guard against malicious software. It completely disrupted everything on my computer.

However, the tech support was fantastic and within an hour everything had been restored and I was up and running. 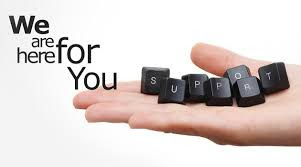 So on to all things random.

I'm at a quilting retreat this weekend. I wanted to make a little something special for my friends. I had taken a screen shot of a little sewing machine made from Perler beads months ago. And since Gabe and I like to do Perler bead projects together, I thought this would be fun to make. 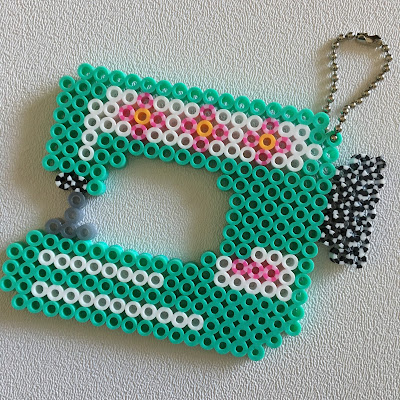 I enlisted Mark's help, and this was our Saturday night activity. I was a little worried that he would get frustrated after the first couple of beads, because his fingers are larger than mine. However, as per usual, he came up with a great solution, using one of his glass tools. He could grab a bead with the point and drop it right onto the peg. 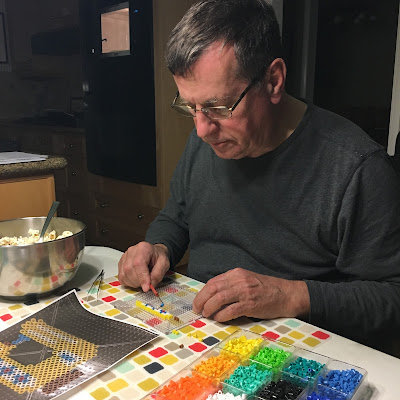 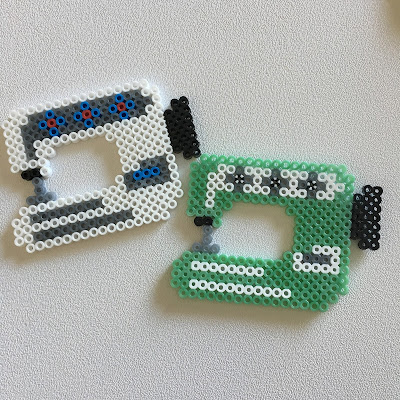 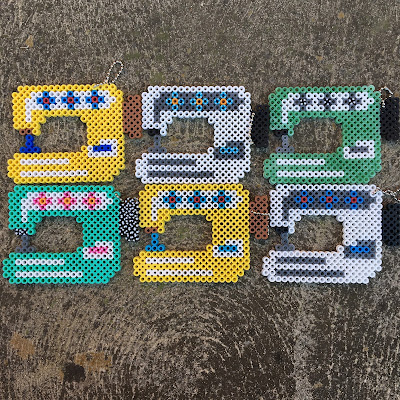 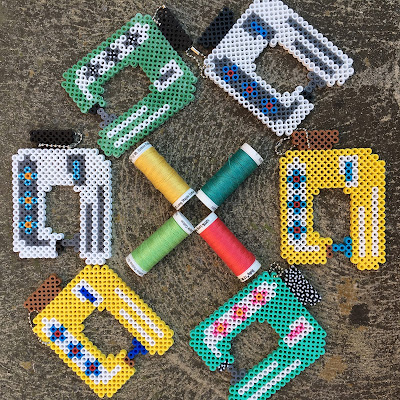 Friday was grandparents night at Gabe's school, where they served us rigatoni, salad and cake. I love spending every minute I can with this guy. 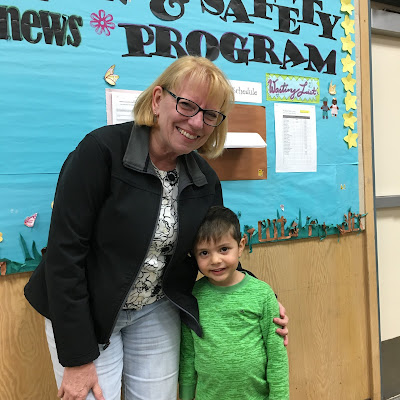 Mark and I took Charlotte out for lunch after church on Sunday. She had participated in something called Destination Imagination. She and the other three members of her team have worked for months on this project. They came in third place and now going to the state competition. Anyway, we wanted to hear more about it. For dessert we got a bowl of fruit from a fairly new place at the mall. We are starting a collection of how many different ways people spell her name, Charlotte. This was a new one: 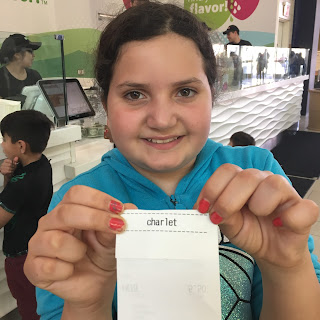 My father is in memory care, and one of the things he does nearly every day is play Bingo. When I stopped by to visit the other day, he was in the middle of a game (which he ultimately won--and collected his two pieces of chocolate). 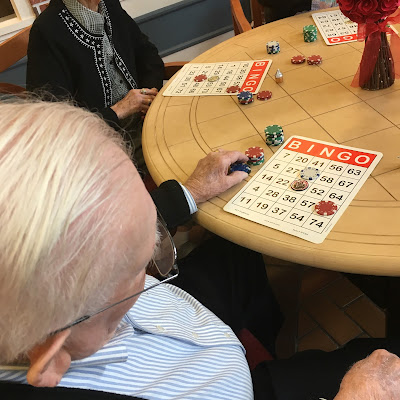 Mark has started on a new endeavor, being a softball umpire. Wow, it requires a lot of equipment! I think he will have to umpire for a couple of seasons just to break even. Also, he says it is the first sport he has officiated where he doesn't blow a whistle and doesn't wear stripes. 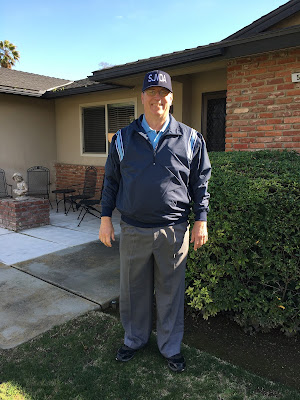 I'm busy sewing up a storm at the retreat and hope to have lots to share next week. Have a lovely weekend.
Posted by Live a Colorful Life at 3/02/2017