Do you have city clean-up where you live--that opportunity to clean out your garage/attic/closets/yard clippings, and the city will haul it away?

We found these in the rafters, and since we are in the decluttering mode, and these had not been down from the rafters in probably about 20 years, out to the street they went. Mark thought it would be funny to put them together. People drive by constantly and take things from your pile. These were gone before we had barely finished putting them together. 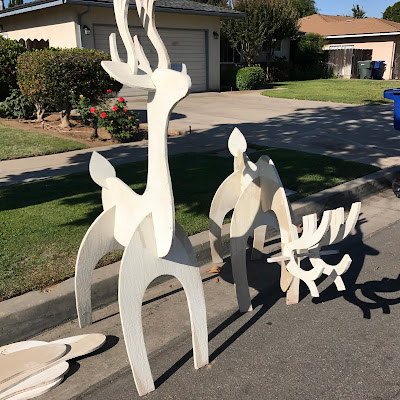 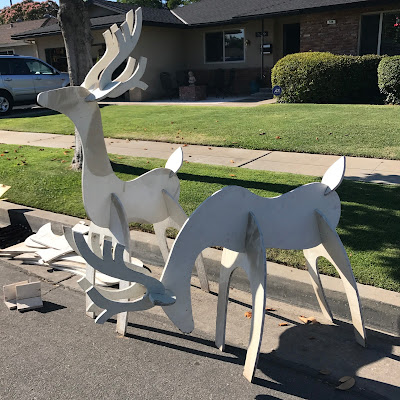 Some things went to Salvation Army, including this small shelf that my father made. Don't worry--I have a lot of his beautiful woodworking projects, so I somewhat reluctantly let this one go. 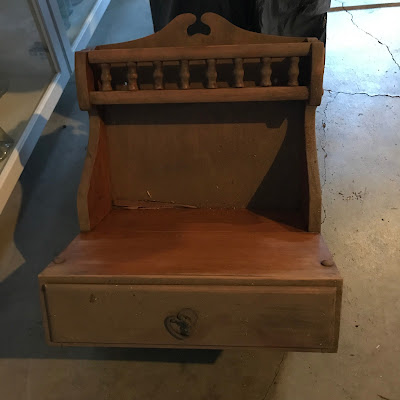 Along with this table from my tole painting days. 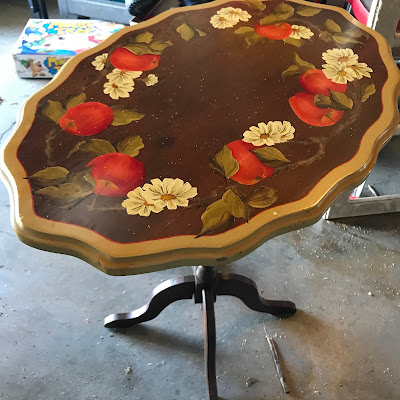 And this mailbox that I painted to hold Christmas cards. 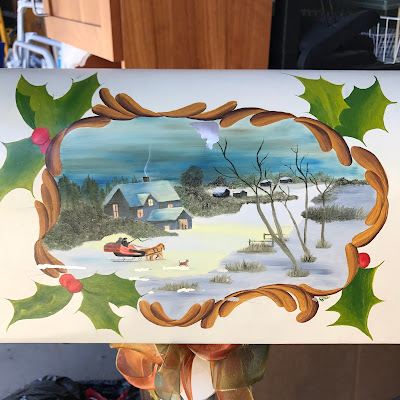 And this display stand from Mark's woodworking days. 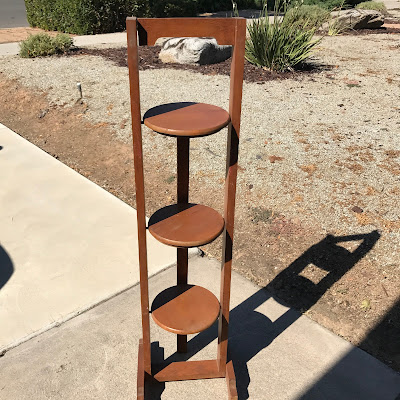 Nope, these did not go anywhere but my closet. I discovered I must really love yellow shoes. 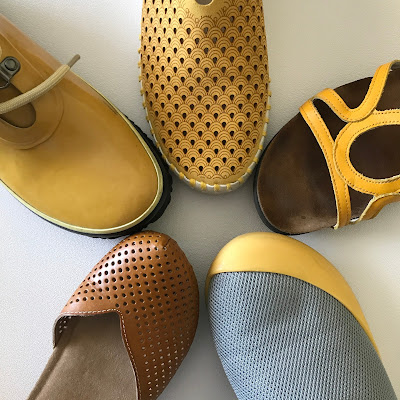 The organization that Christa works for (Central Valley Justice Coalition) had a fundraiser with a shaved ice truck. I'm not normally a shaved ice fan, but this was on the gourmet level. Soooo good. 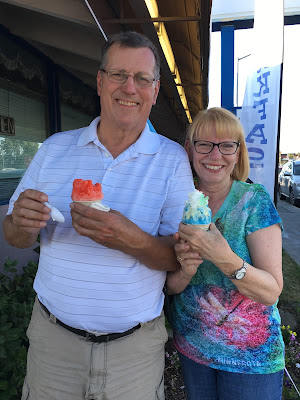 I think everyone was pretty happy with their flavor choice, which pretty unanimously was "rainbow." 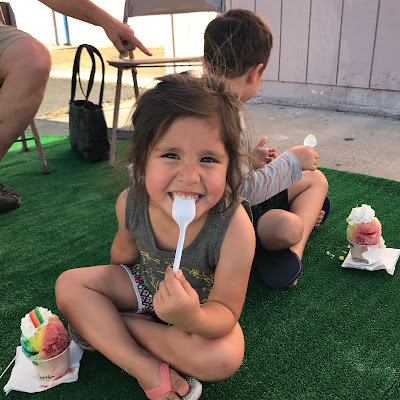 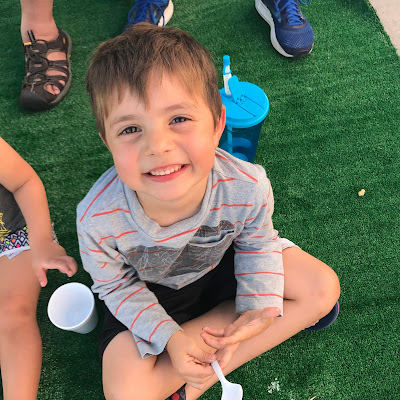 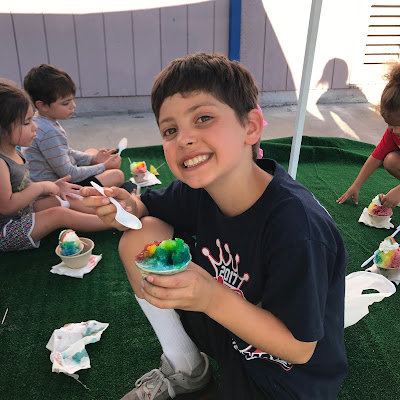 Sometimes the sky is just spectacular. 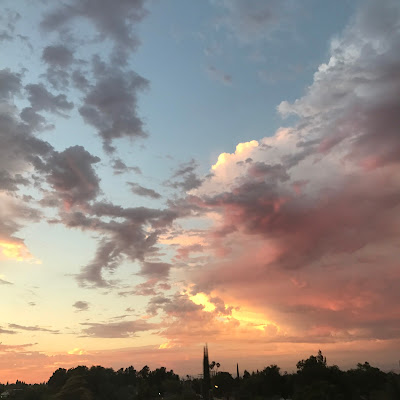 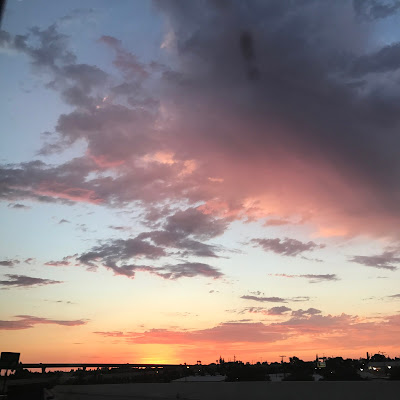 And then sometimes you have to leave the heat of the valley and go back to the coast. 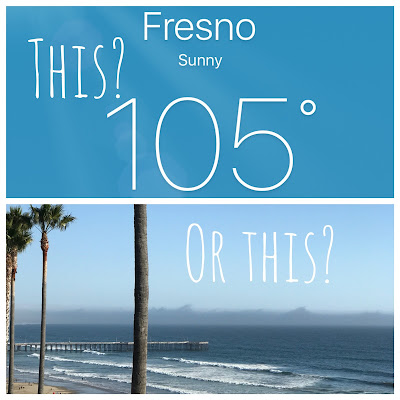 Lots of times when there is high heat in the valley, the coast is socked in with fog. Which suits us just fine! 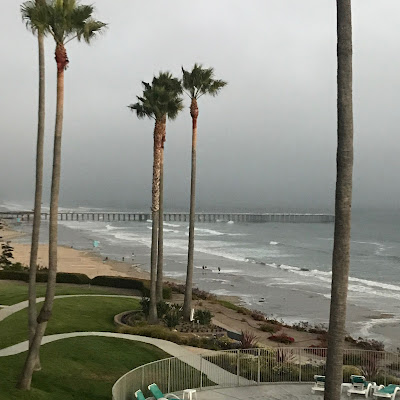 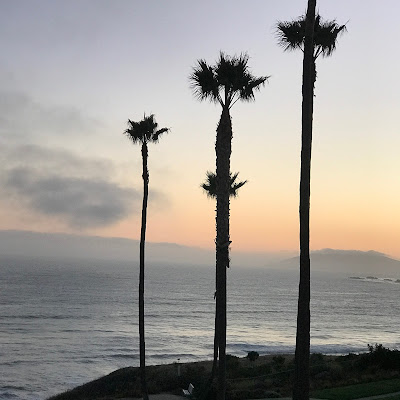 Some cool new houses have been built near downtown Pismo. There is apparently one guy who didn't want to sell his property, and is staying right where he is. 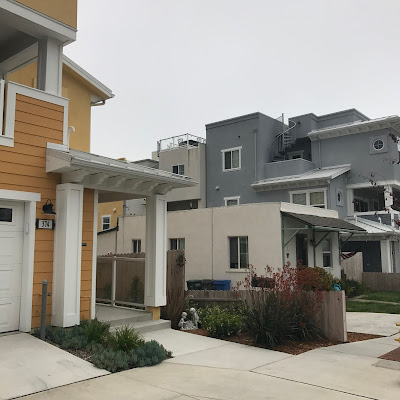 We went through a carwash and it had multicolored soap. That was kind of cool. 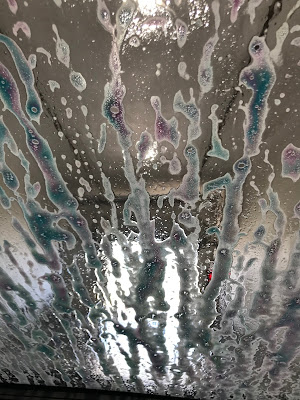 And I remain convinced that the city of Pismo is telling me that I need to keep on sewing. I refuse to believe that this is merely a marker for the sewer location. 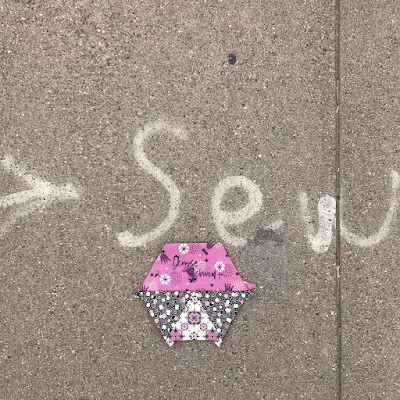 Our neighbors keep an eye on our house when we are away, so we treated them to teppanyaki, which is always a fun event. 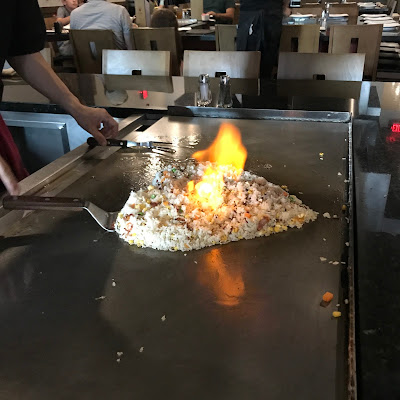 Meanwhile, Aaron, Christa and the kids went to Legoland. It's a standing joke that Mark's favorite "ride" is the park bench. He was quite amused when they sent him a picture of this lego man sitting on the bench--just like Gramps. 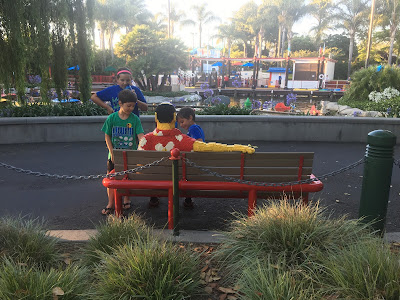 I hope you will come back for the final installment--which should get us caught up.