There was no Really Random Thursday last week because I was at QuiltCon in Pasadena. Not to worry--there were will be two posts devoted just to the quilt show.

Mark and I have a Valentine's tradition. 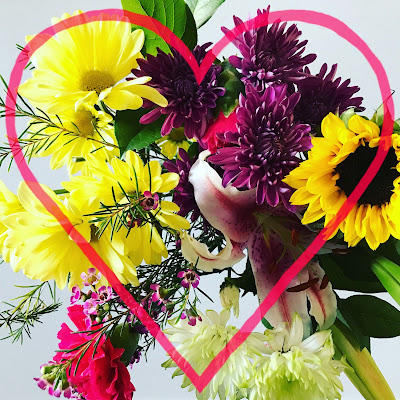 Several years ago we started going to Big Mama's in Selma, a nearby town. 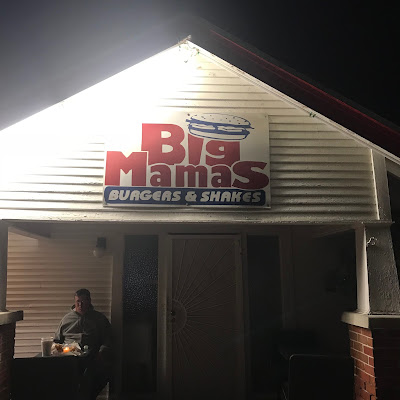 The first year, Mark had purchased a little jar candle to add some ambience. We bring it along every year. We order our burgers, fries and drink--the two of us eat for under $15! There is no indoor seating, and to this point sitting outside has not been a problem. This year it was cold and windy. But still fun. Just proves you don't have to spend a lot of money to have a romantic, special dinner on Valentine's. 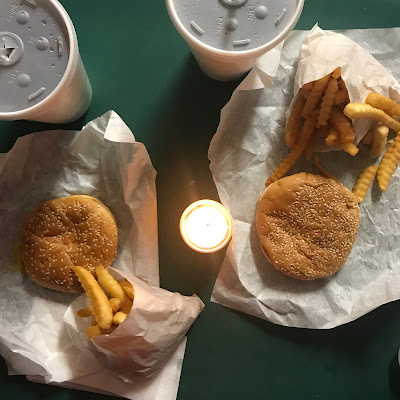 Random picture found on my phone. 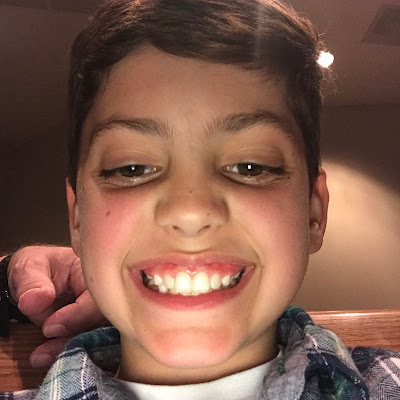 Christa delivered most of the sermon in church on February 18. She did an amazing job. She is a very gifted speaker. 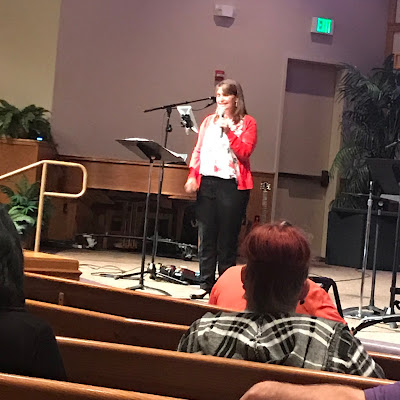 So Gabe's 6th birthday was in October. After his 5th birthday, Mark and I took him to Chuck E. Cheese. It was a weekday afternoon and we were nearly the only ones there. It was a lot of fun. So he wanted a repeat. Here it is, the end of February, and we finally got it scheduled. We picked him up after school on Monday and off we went. Again, we were nearly the only ones there. While they used to give you tokens, you now buy a pass that gives you unlimited game access based on minutes. We bought 120 minutes and divided them on three separate cards. The three of us could play unlimited games on each 40-minute card. Great system! We ended up using only two of the cards so, yay, we can go back. :) 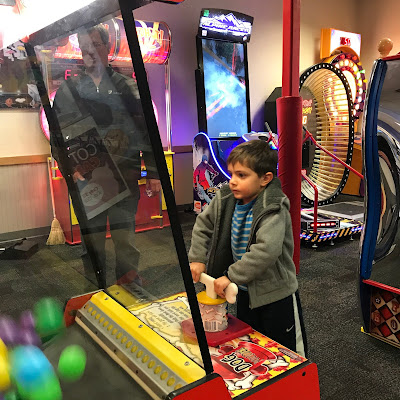 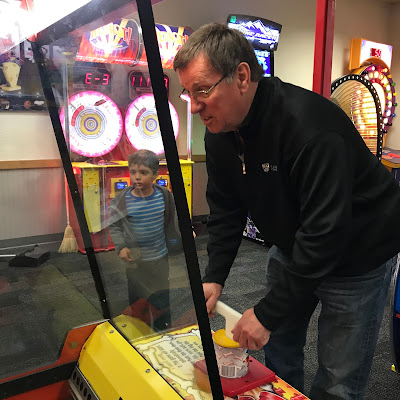 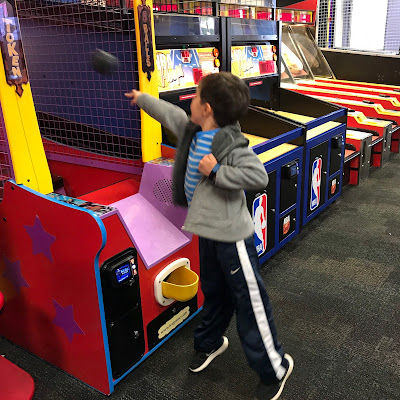 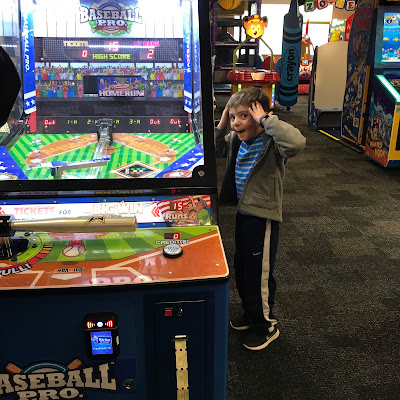 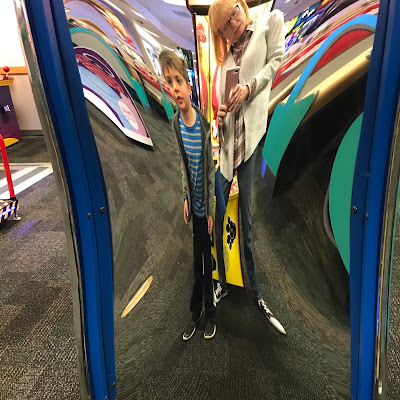 Time for a snack. 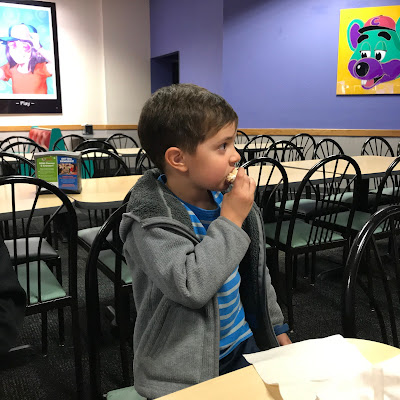 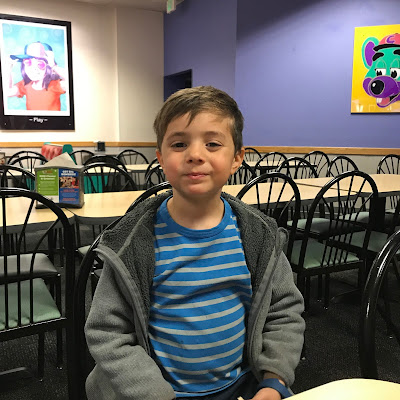 Sometimes, when he's not looking, I just stare at him because he's so cute. 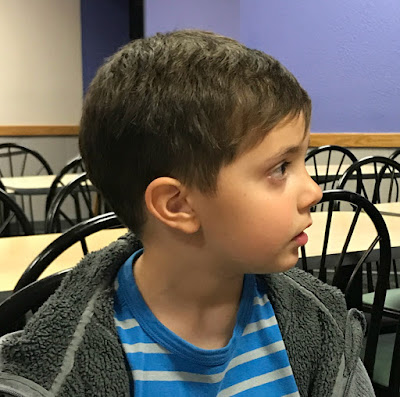 Today I'm off to my annual quilting retreat at Bass Lake. Lots of snow. I should have some pretty pictures to show you next week.

And Mark texted this to me. I have no clue why. Oh well... 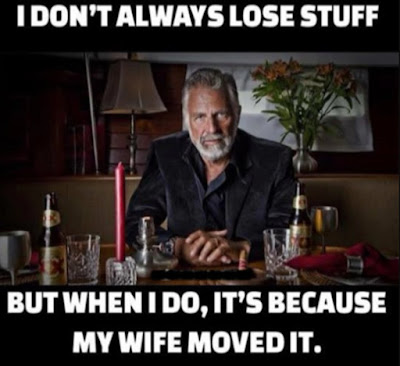 My husband would really like that meme. Only his would say it's because I put something in front of it. Have fun on your retreat. Can't wait to hear your take on QuiltCon.

You always leave me with a great chuckle. Too cute.

It looks like a fun time at Chuck E Cheese. It's nice to have it not crowded.

I love the fact that you two still go to the same spot and use the same candle...such romantics!!! ;-)

I so enjoy your Random Thursdays. Always something to smile about and a laugh too. Enjoy your retreat!