The first picture was taken just inside the main gate. 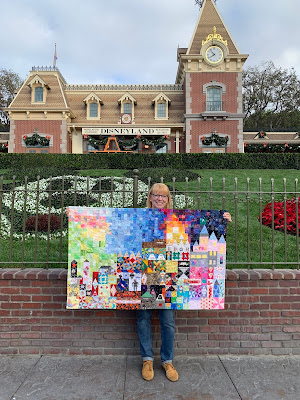 Then I totally lucked out--Mickey was on Main Street! It was such fun taking a picture with him. 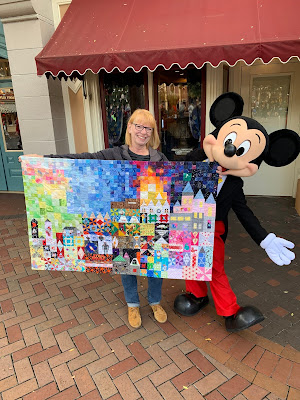 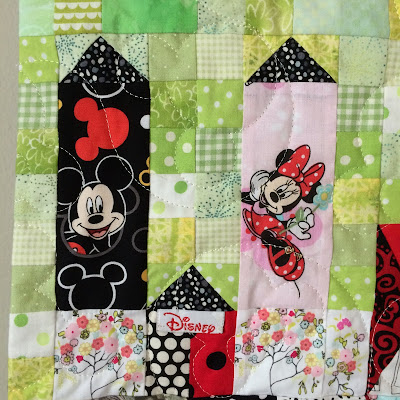 Later we ventured over to It's a Small World, which was still closed for Christmas decorations. But that also meant there were no people around. 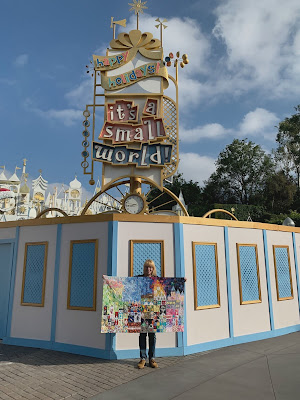 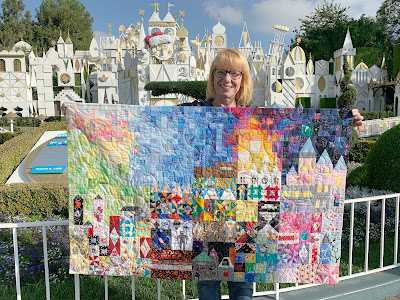 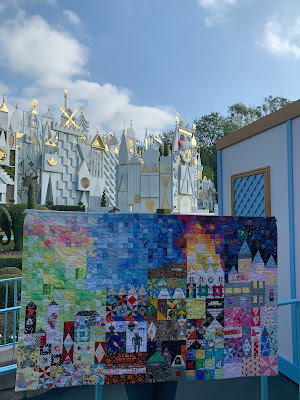 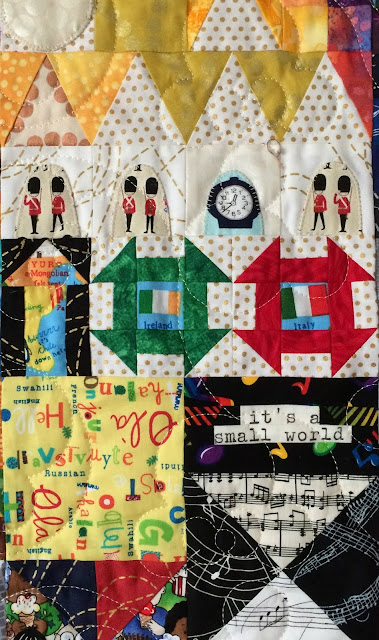 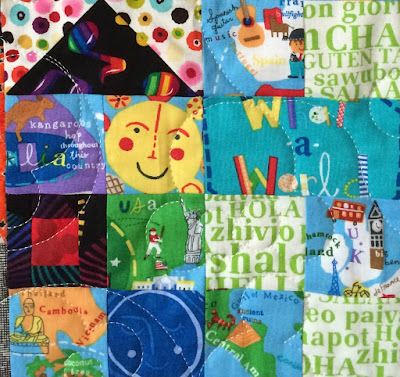 We were close to Toon Town. It wasn't open yet either so it was nice to get a picture without a lot of people around. 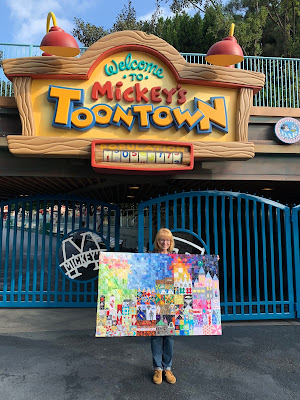 Later in the afternoon, photographers were in front of the castle. 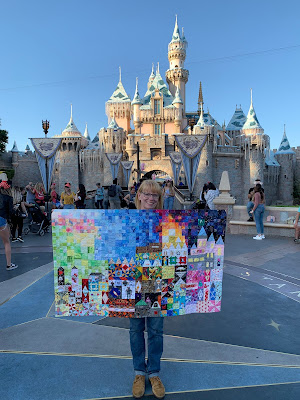 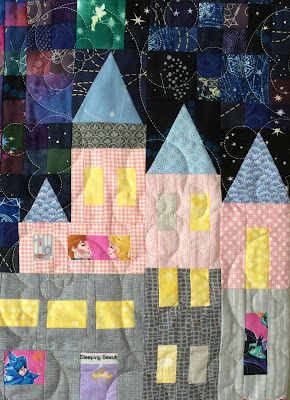 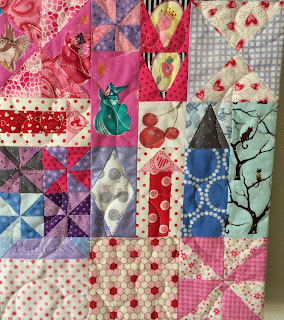 We took the last photo in Critter Country. 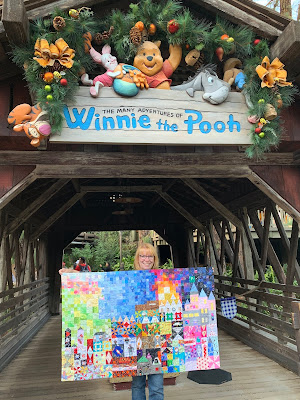 See Winnie the Pooh there on the right? 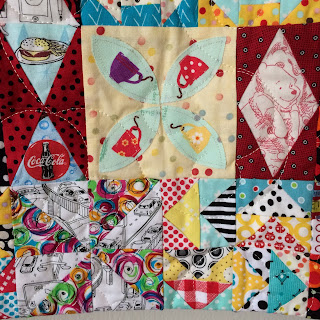 Janice was such a good sport to let me photograph this quilt all around Disneyland. It's still one of my all-time favorite quilts so this was a special opportunity. You can see more detail photos here.
Posted by Live a Colorful Life at 11/08/2018

Email ThisBlogThis!Share to TwitterShare to FacebookShare to Pinterest
Labels: quilts in the wild

PERFECT! What a fun day!

That photo with Mickey!!! Perfect.

Love the photo with Mickey as well. The photos are all simply supercalifragilistic!!!

It's a perfect place for your photo shoot. Beautiful and detailed quilt.

Awesome quilt and what fun you had taking pictures all over Disneyland with it!!

You got amazing photos of you and your quilt. You're so creative with your quilt photo shoots.