There is not a lot going on this week, which is kind of nice this first half of January. I see several people choosing their word of the year. Do you do that too? If they are like me, they're going to forget it about midway through 2020. Why the italics? Mostly so I could post this... Anyway, back to the word of the year. I have done that in the past. I'm sure I chose a word for 2019. I think it was balance, but I really can't remember. Several different words have come to mind--intention, completion, focus...maybe I should change it up every three months and see if that works better for me.

On Monday, I spent most of the day at my cousin Cathy's house. Four or five of us get together monthly for a sew day. Cathy suggested that we paint barn quilts instead of sewing. It was warm enough to do the painting outside. 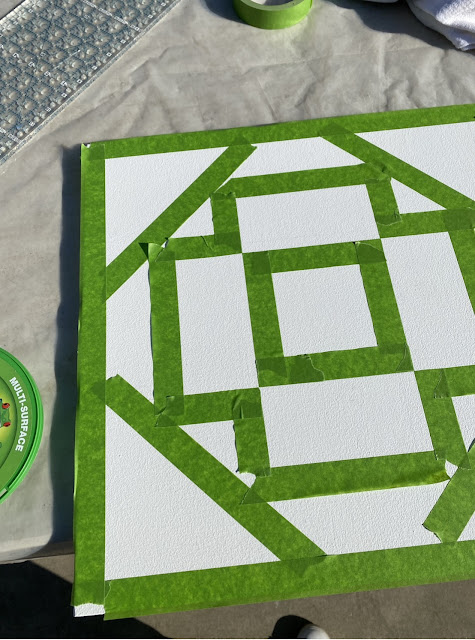 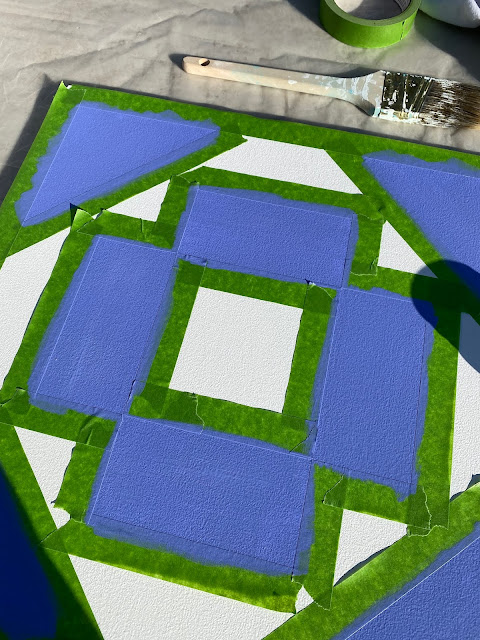 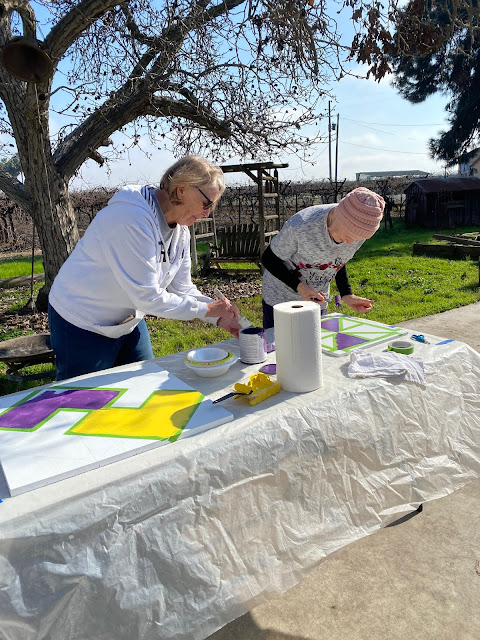 It was really fun to do this together. Mine is 16" square and will go on "Periwinkle Cottage," which is in our backyard. 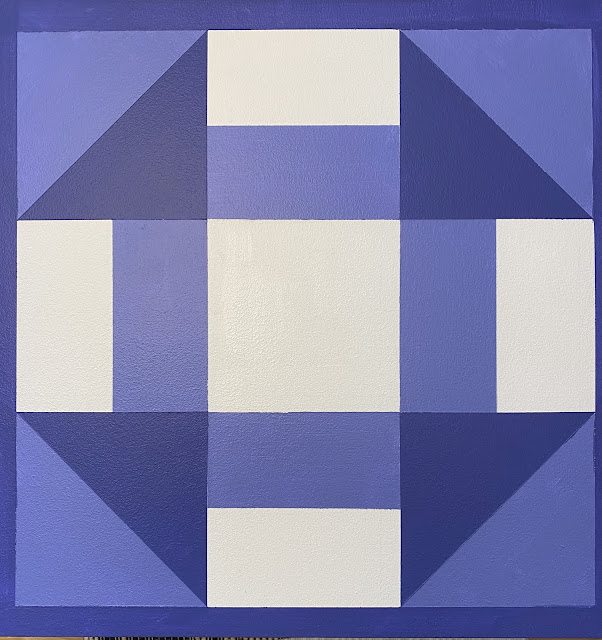 Cathy and Terry have the coolest chairs on their deck, made from old skis. See their kitty on top of the spa? 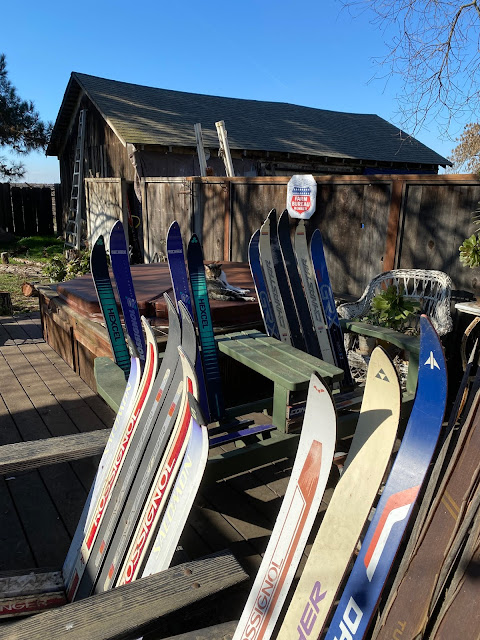 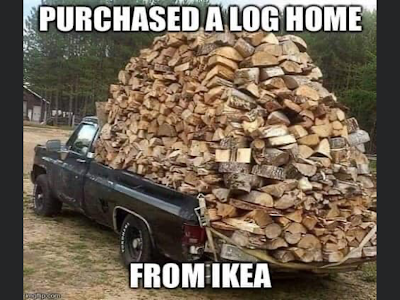 Aaron sent me this, along with a text that Dumbledore knits, and that he is using exactly the same yarn... 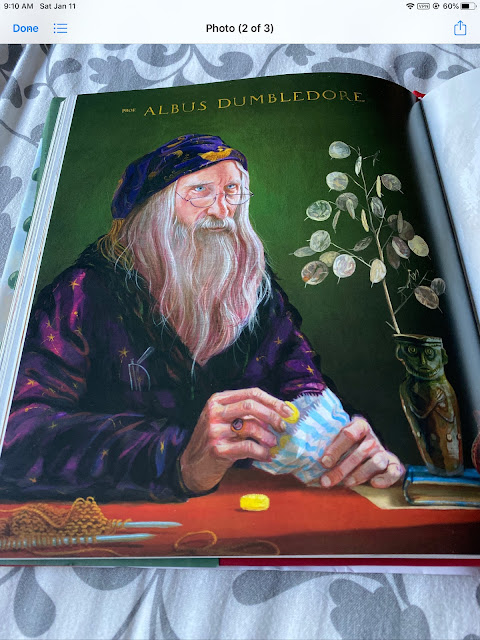 I saw this on Instagram yesterday--my son and daughter-in-law are apparently in a micro generation. Makes sense. 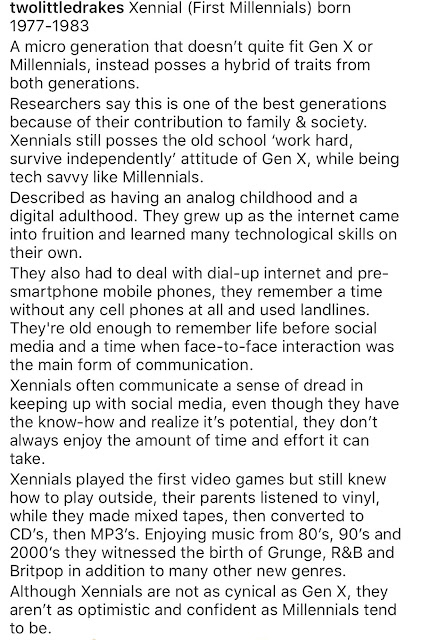 I believe this is true. 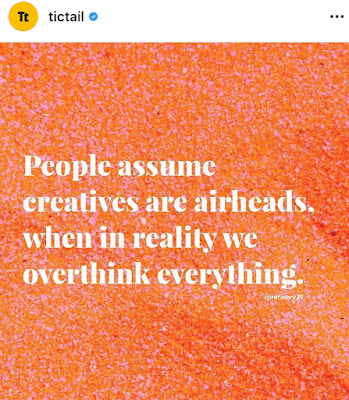 We have a leadership training group at our church called the Micah Project. We had this year's group over for dinner the other night--always fun to get to know the new interns. 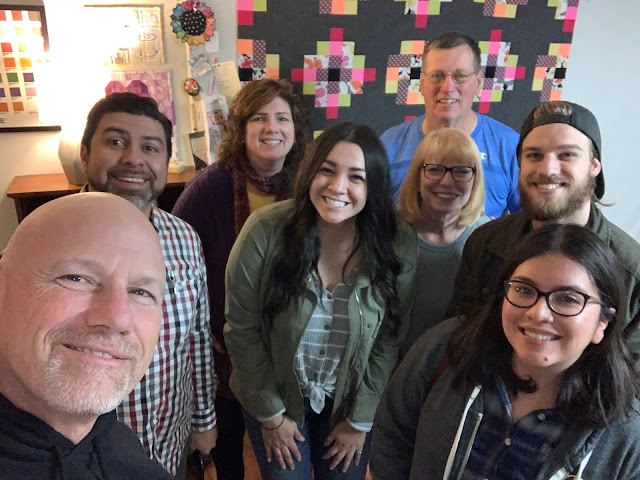 Did you decide to eat healthier this year? Me too...

Pantone and coffee--two of my favorite things. 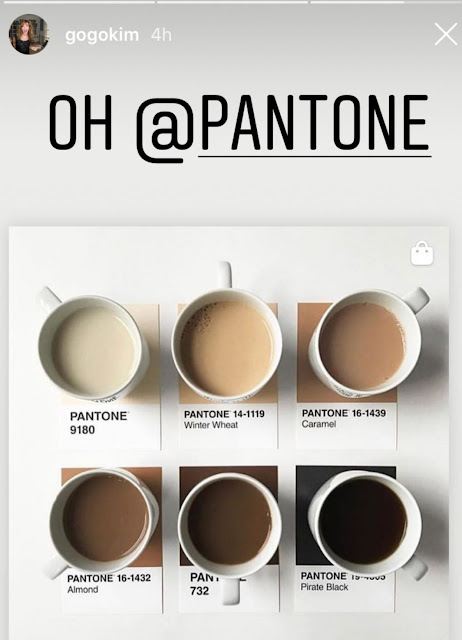 Love your signs. Especially the creative one. And love your barn block too! It will look great on your little cottage. There are many times when I see their grammar mistakes and they're definitely driving me nuts . . . until I make the same mistake because autocorrect chooses for me and I don't catch it before hitting send. Autocorrect always chooses too and inn for me too. Why? How many people out there use the word inn on a regular basis? Thanks for giving me a good laugh today.

I love the first graphic of 'there, their, and they're'. As a middle school teacher I despair that some of my students will ever understand and learn this! I'm going to use this, if that's ok with you!

As a retired teacher, the spelling, grammar and punctuation errors that regularly appear on line make me want to get out my red pen...and I never used a red pen to grade my papers!! I was always the purple or green ink teacher! Your barn block is great...please show a picture of it in its new home. I have one in that same generation and I agree. Her sister (7 years younger) is very much the same.