Last week, Mark went to watch Charlotte play basketball. Although he referees basketball at least three days a week, Charlotte had requested that he block her school--she didn't want a ref who might be biased. :)

He also works at the scoring table for Fresno State basketball games, so he was dressed to go to that gig after Charlotte's game.

Well...no referees showed up for her game. So guess who was called into duty? That's Charlotte to the right of Mark. 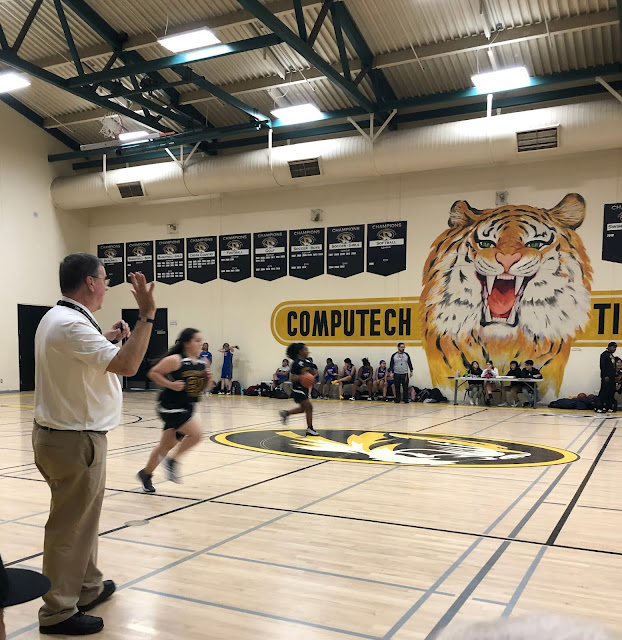 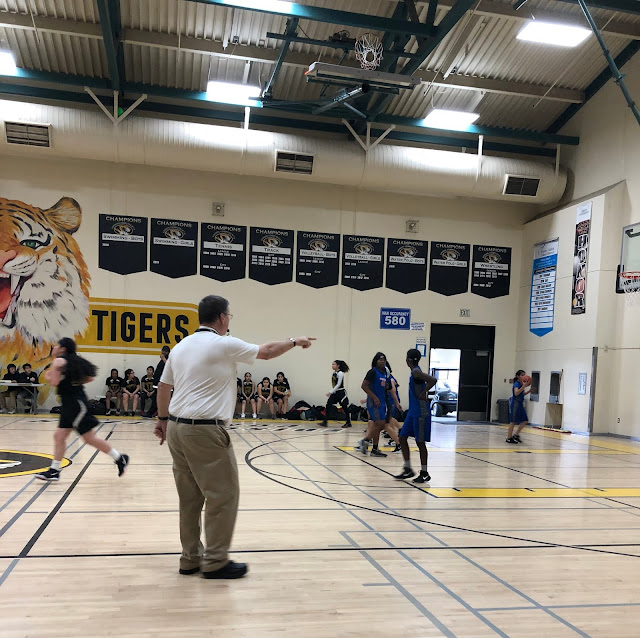 After the game, she told him that he no longer needed to block her school. :)

Christa was out of town for the weekend, and Mark was reffing a game on Friday night, so Aaron and the kids came over for dinner. We had pizza. And Aaron introduced me to Crave cookies. Oh my goodness! 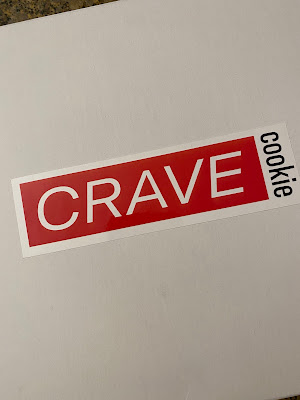 Crave cookies are delivered to your door. Hot out of the oven.  They are huge (I didn't actually measure them, but they are probably about 5" in diameter)! And perfect. Crispy on the outside, soft and gooey on the inside. I'm not sure if it's a good thing that I know about them and how easy they are to obtain! 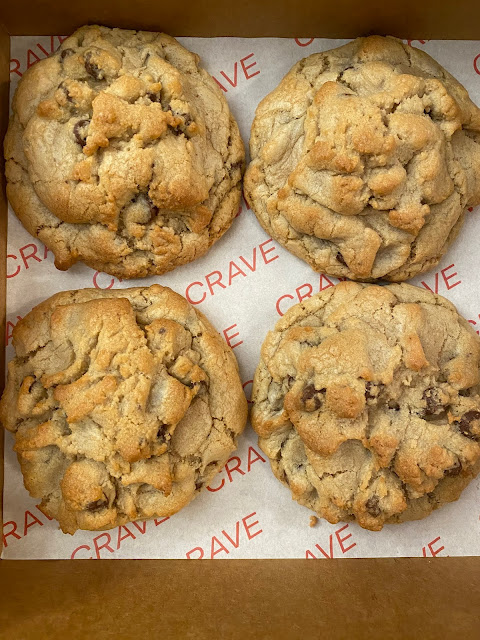 I'm doing some secret sewing. Don't you hate it when someone says that? So that's all I'm going to say. Except to post a picture of the some of the fabrics... 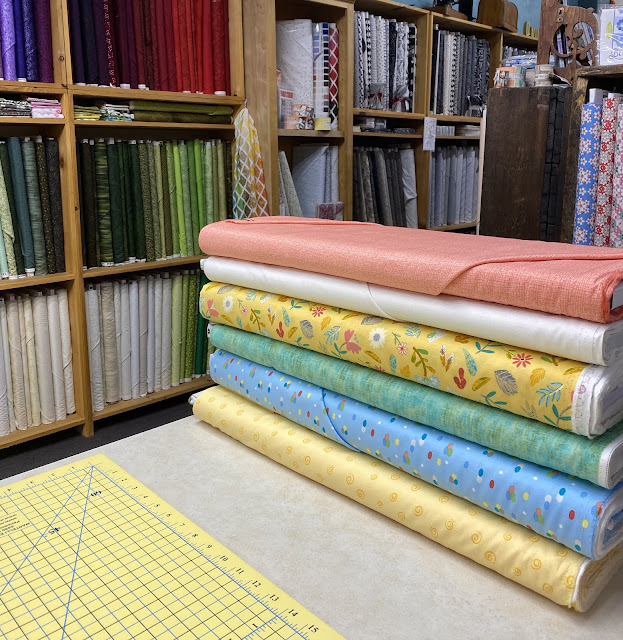 This was a Facebook memory from seven years ago, a block I designed to showcase this line of fabric for the designer. I really should make a whole quilt from this block as I quite like it. 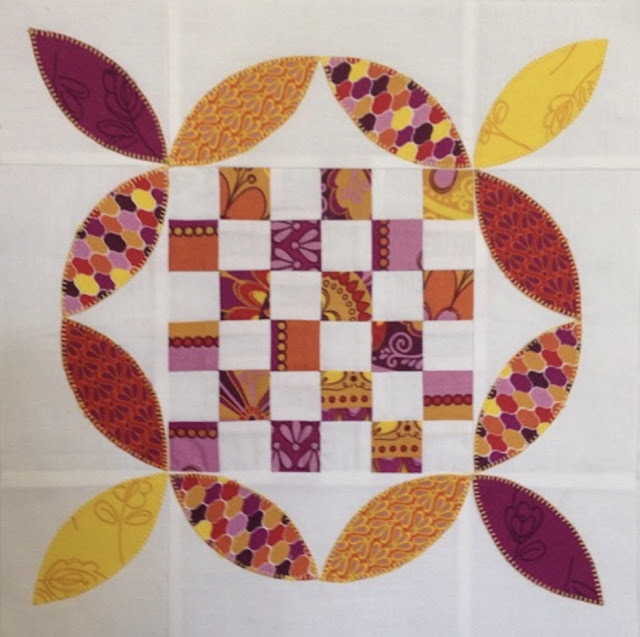 The grandkids had so much fun with their little bargello Christmas ornaments so when I saw the Valentine's kits pop up in my Instagram feed, I ordered them right away. And you can too. I love their tag line: reviving a vintage needlecraft for modern makers. 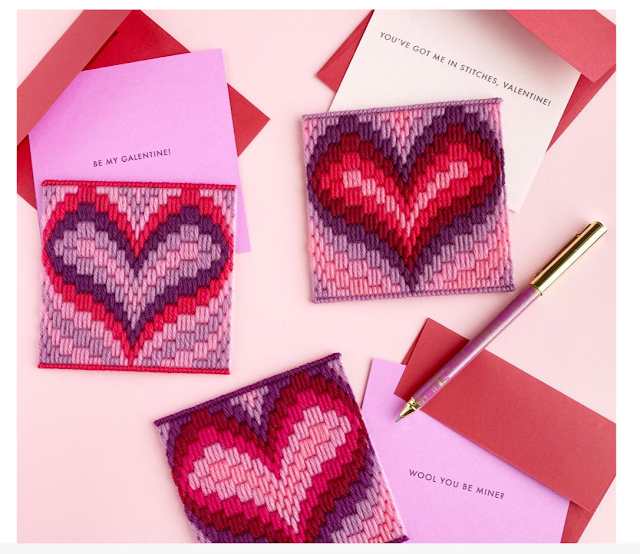 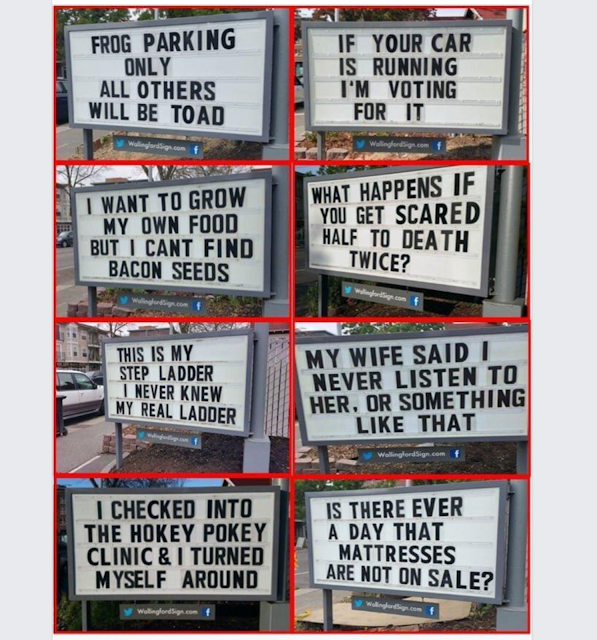