The Case of the Quilt Quandary

Have you been watching a lot of TV since the shelter in place began in mid March? Mark and I no longer have to get up early, and we often watch old episodes of Perry Mason while we eat breakfast.

What does that have to do with this post? For awhile, we had a bit of a mystery on our hands.

This is my quilt, Spool Play. 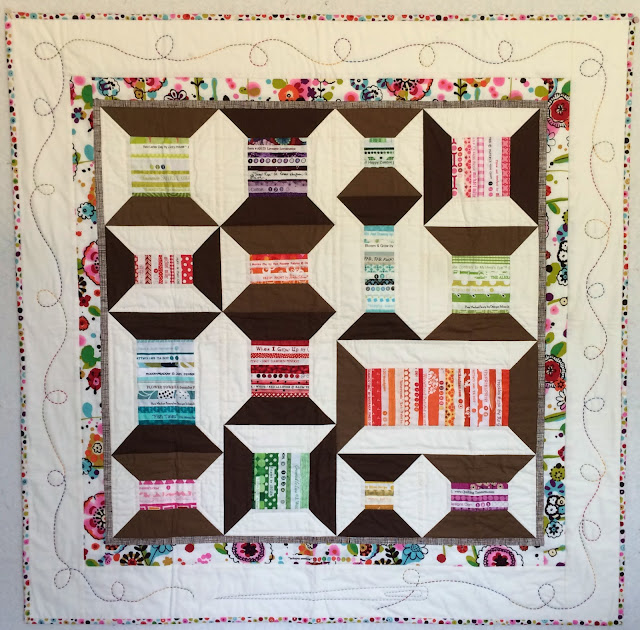 Back in late 2018 or early 2019, I was approached by a quilt guild in southern California to present a trunk show and also teach a class in sewing with selvages, scheduled on April 27-28, 2020. I signed the contract and then there was really nothing to do until the beginning of this year. I was supposed to mail Spool Play, the quilt I was using for the class, to the program chairman three months prior to the class date. So toward the end of January, I was ready to mail it out. I could not find it anywhere. Mark and I searched high and low, in every cabinet, closet, and drawer. We pulled out every quilt in the house. We counted (which is how we found out we had 99 quilts made by me, and about 7 others made by friends or family). We refolded and neatly stacked every quilt. Spool Play was nowhere to be found. 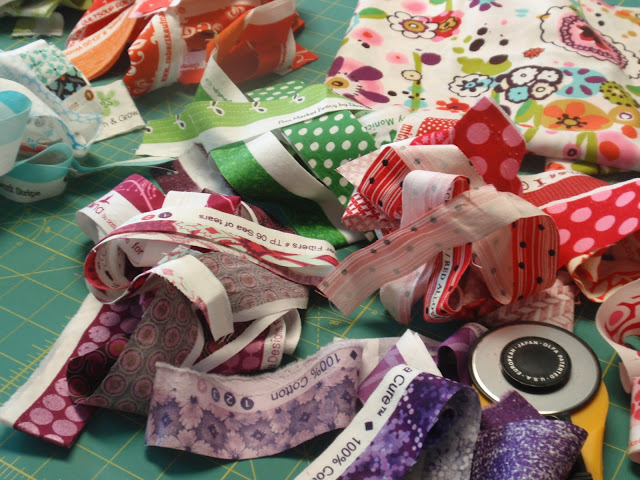 I kind of freaked out. Mark asked me if maybe I had already mailed it to the program chair? Hmmm.  Wouldn't I remember if I had mailed a quilt?? He reminded me that we both have CRS--can't remember "stuff" (haha--his politically correct version). 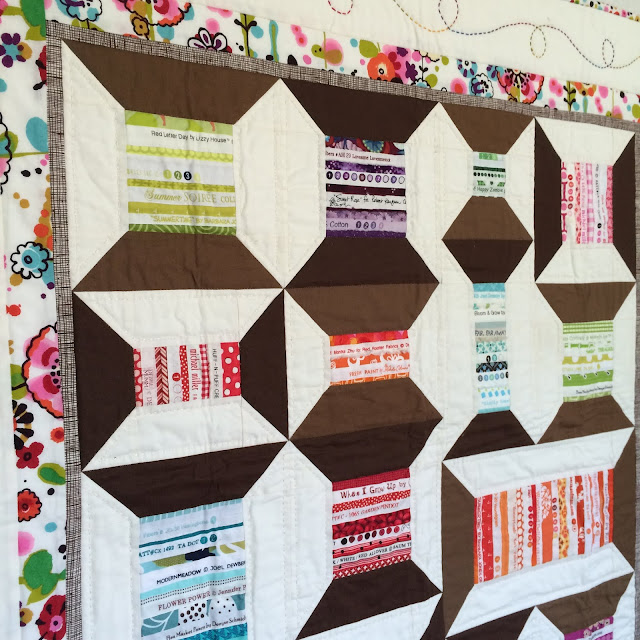 I didn't want to actually contact the program chair and said, "Hey, I can't find my quilt. You don't by any chance have it, do you?" I mean, how ditsy would I sound??

Finally, I decided I had no choice but to call and ask. Why, yes, indeed, she had had it since December!!

Mark and I finally decided that in the midst of the holidays we had packed it up and he had taken it to the post office, which is why I didn't remember mailing it. That is the only thing that makes sense. 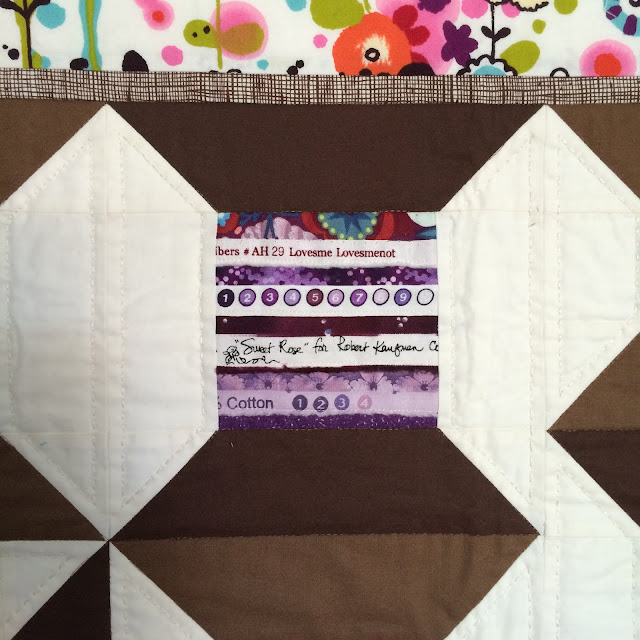 And then the pandemic hit. My trunk show and class were canceled. The program chair said she would return the quilt as soon as she could make it to the post office, but it might be a couple of weeks. Totally understandable.

Last week, I remembered that I still didn't have my quilt back, and I needed it because I'm possibly developing an online presentation for sewing with selvages. So I really needed that quilt! 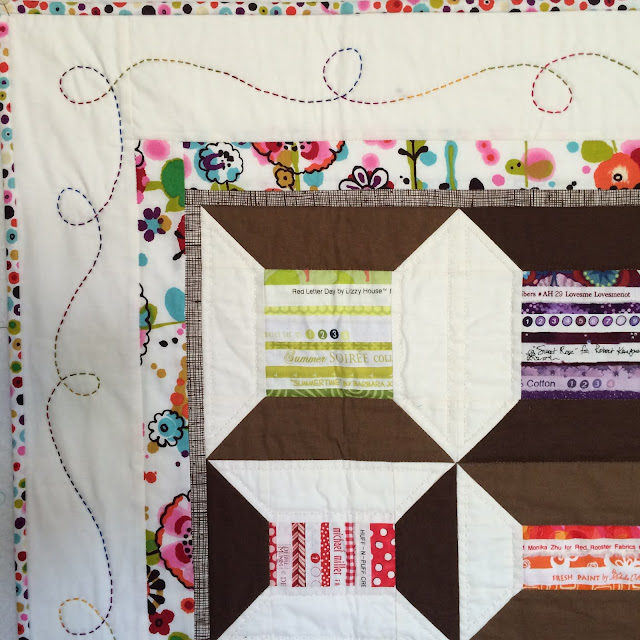 I hesitated to contact her but I really wanted it back. So I emailed her. She called me soon after reading the email and was SO apologetic. She thought she had mailed the quilt back to me weeks ago! She put it in the mail that morning, and it showed up on my doorstep three days later. 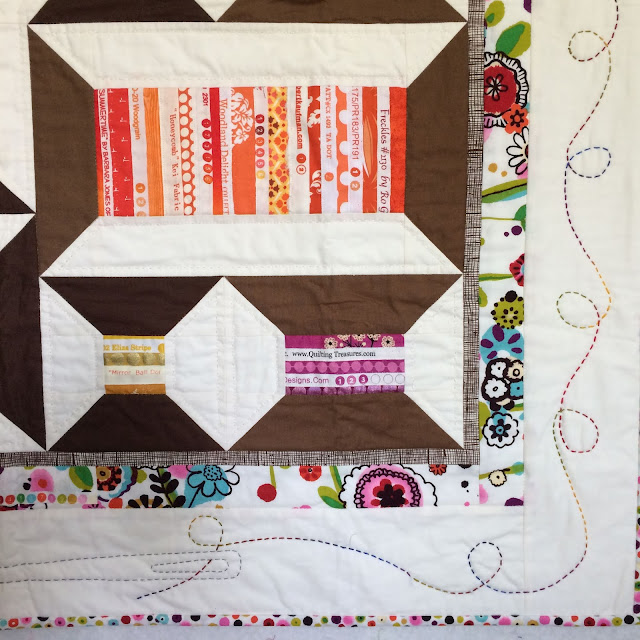 It's kind of funny (now that it's safely back home) that I forgot mailing it in the first place, and she forgot that she had not mailed it back.

I'm just happy it's home. Mystery solved. Perry would be proud.
Posted by Live a Colorful Life at 5/18/2020

What a funny pair of happenings. I don't know about that CRS stuff, but I can totally see this happening in my world. EXCEPT my husband remembers everything, including things he should remember not to mention he remembers. But, me? Totally possible I'd do this. Glad it had a happy ending.

Funny story with a happy ending! I would be interested in your possible online class on sewing with selvages. I really like your quilting in the border! Is that done by hand?

Glad your quilt arrived safely back home. It's a good one. Funny story and fitting since our brains seem to be mush right now. Never quite know what day of the week it is. Have lost track of how long this has gone on. Can't even begin to imagine what summer will be like.

Phew. What a story for your little quilt!

Oh, that poor quilt. Must be like the child who always feels they don't get enough attention. lol It's a beautiful one.