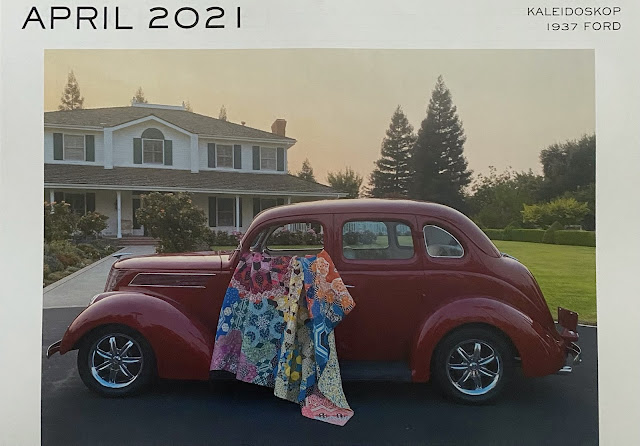 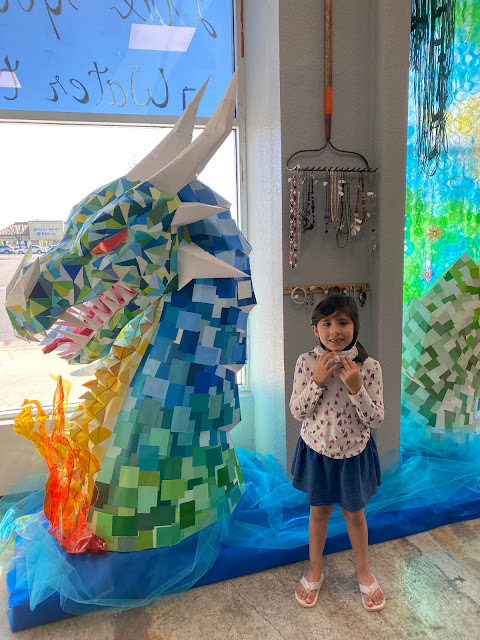 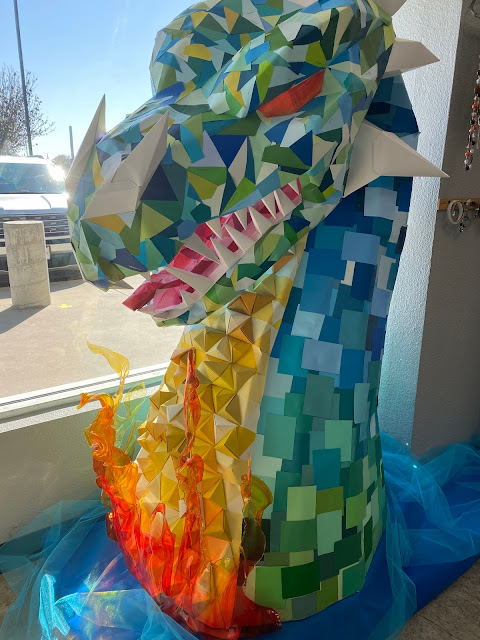 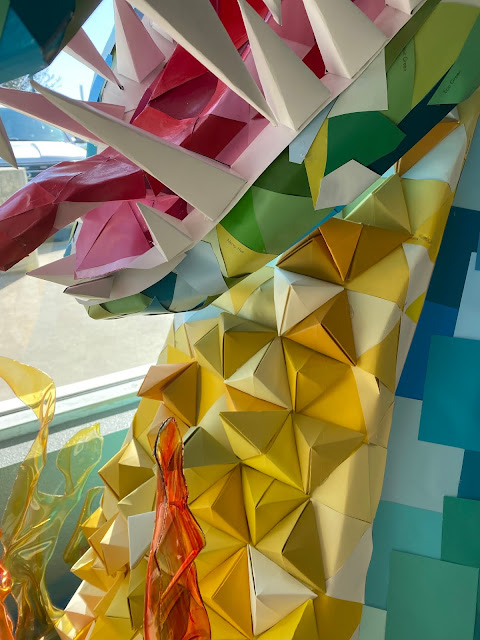 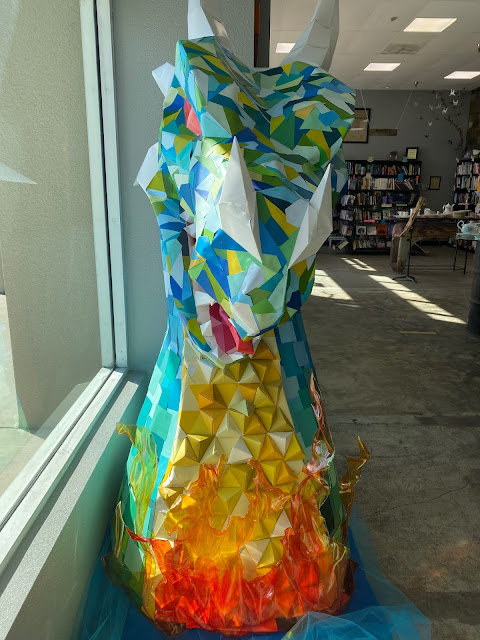 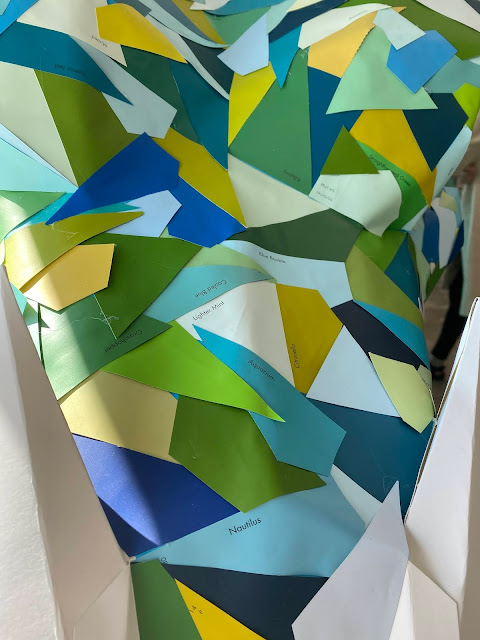 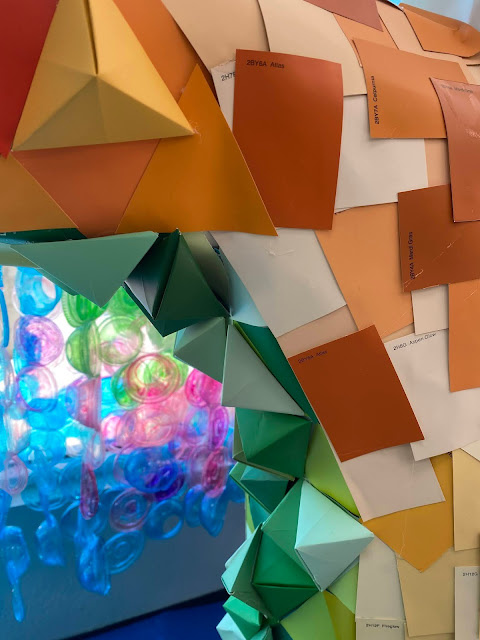 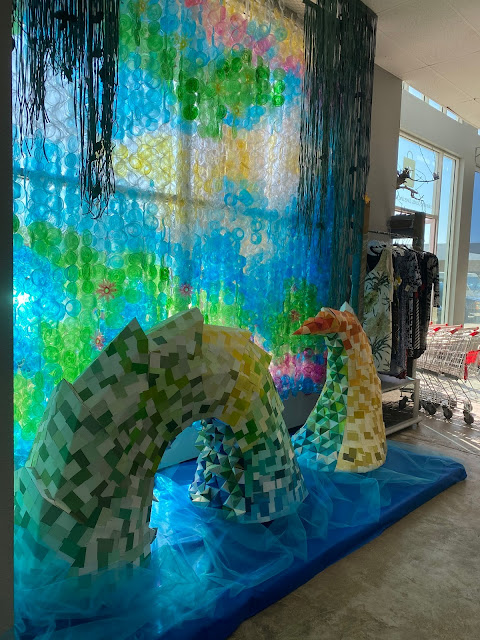 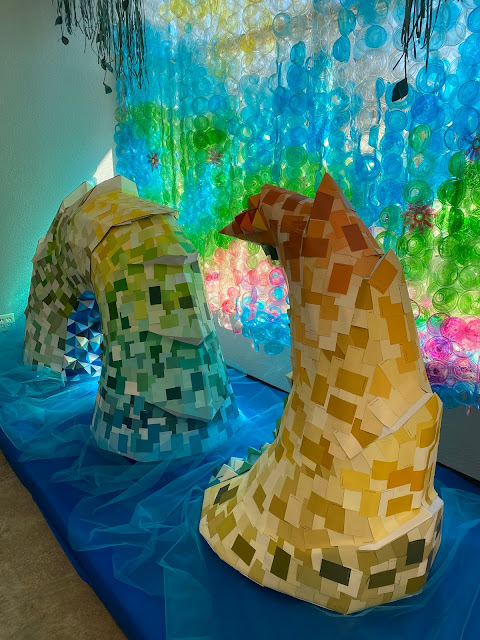 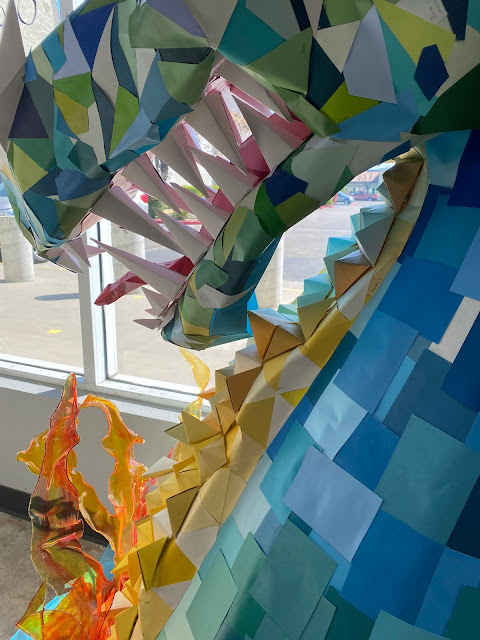 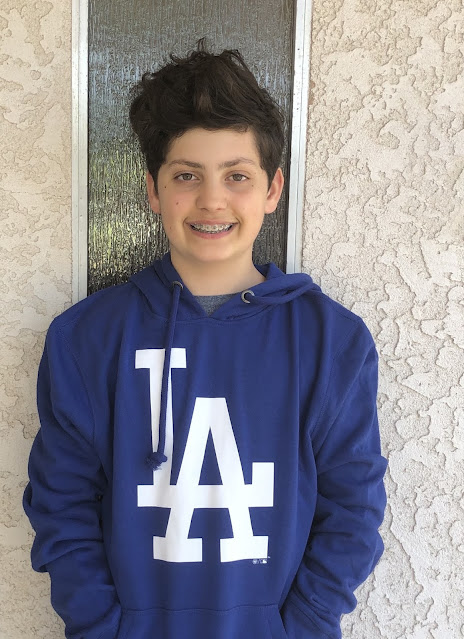 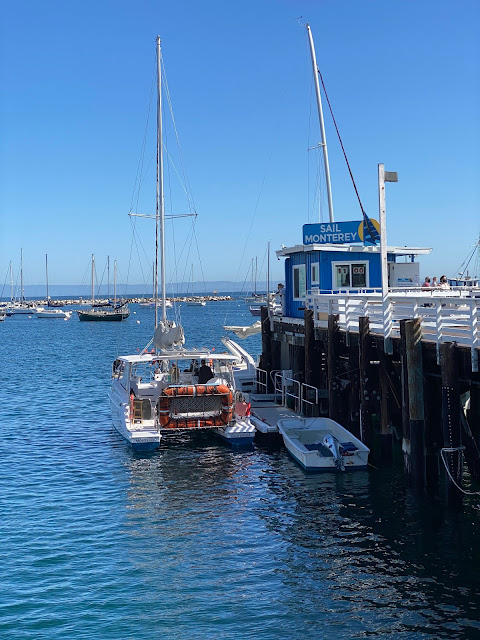 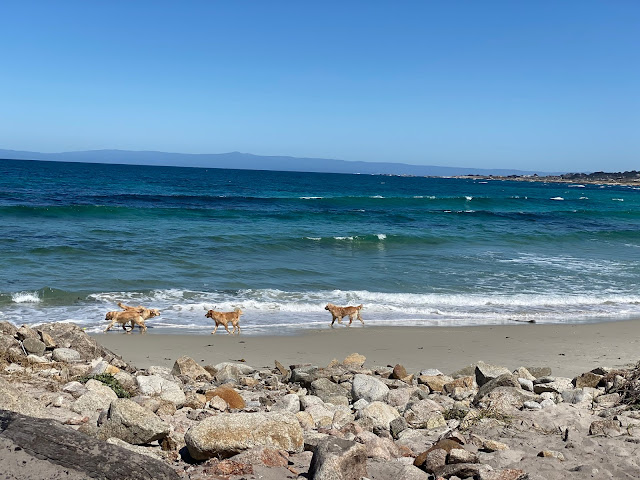 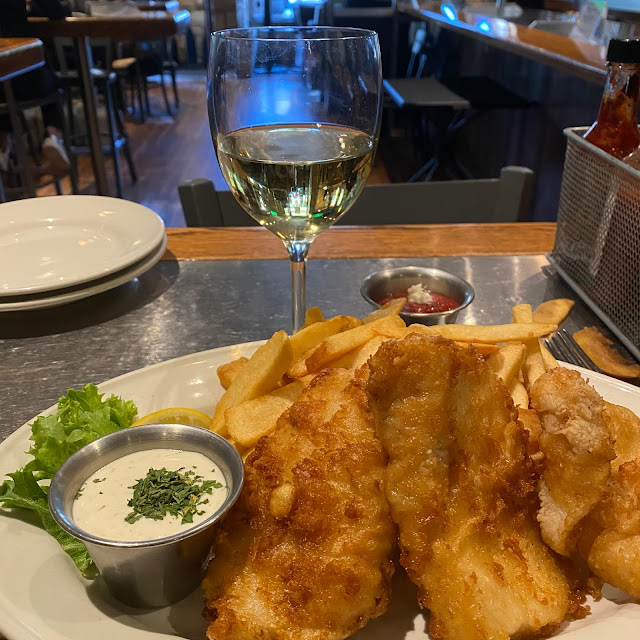 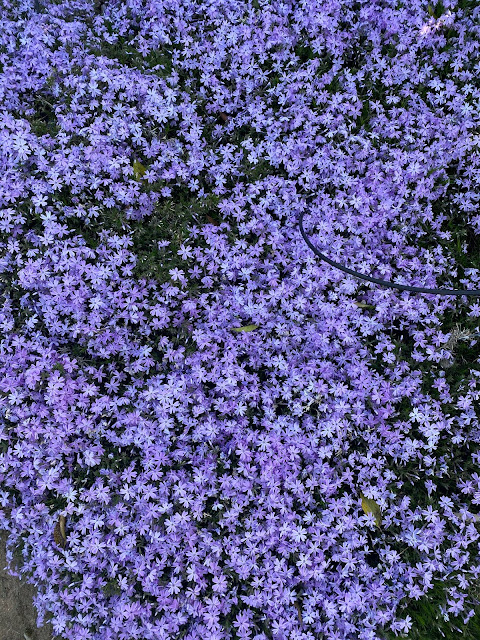 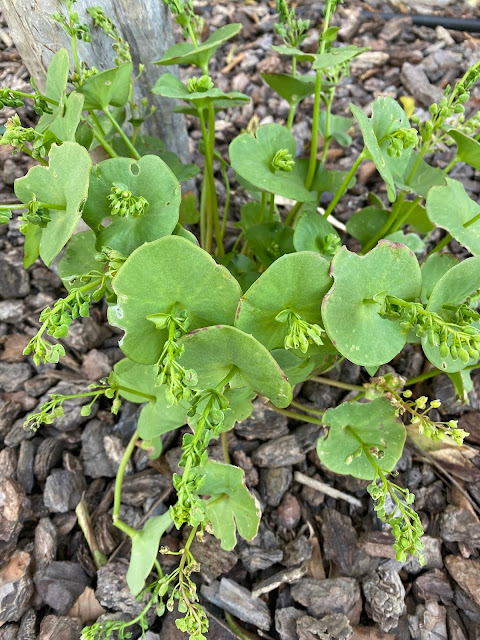 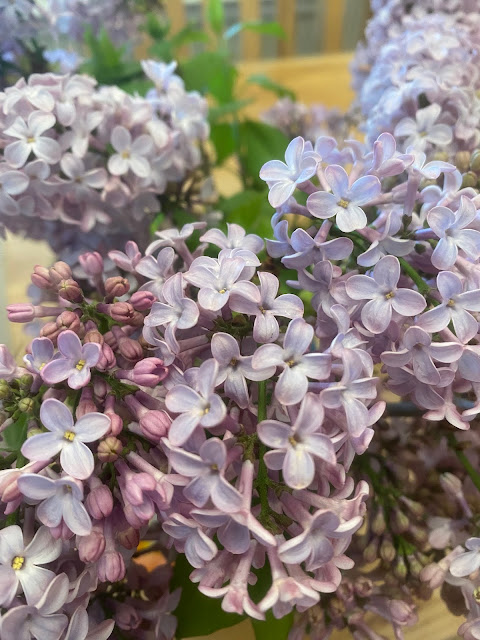 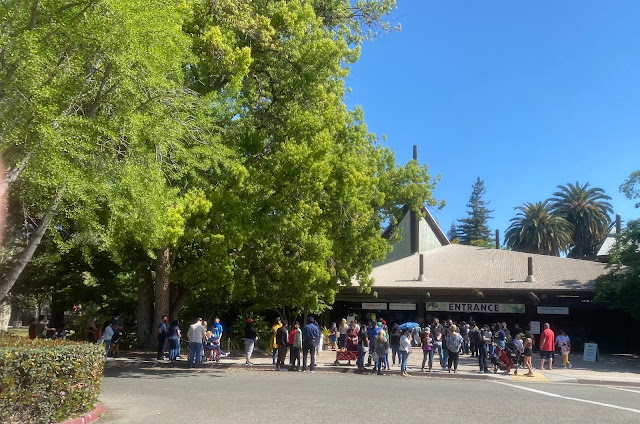 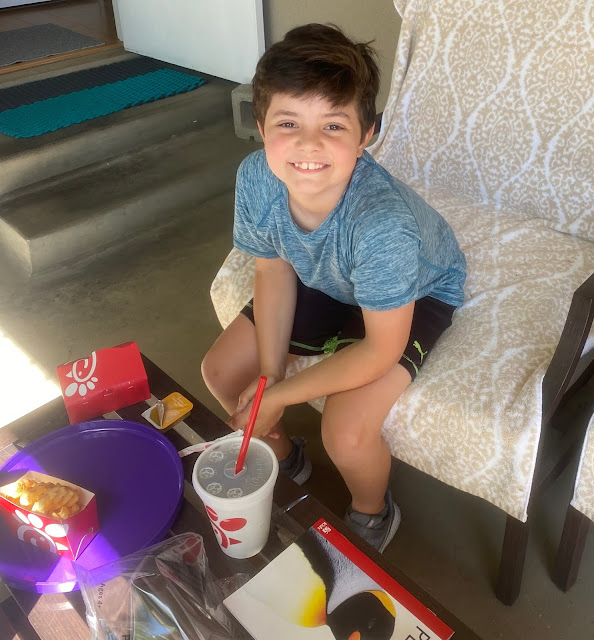 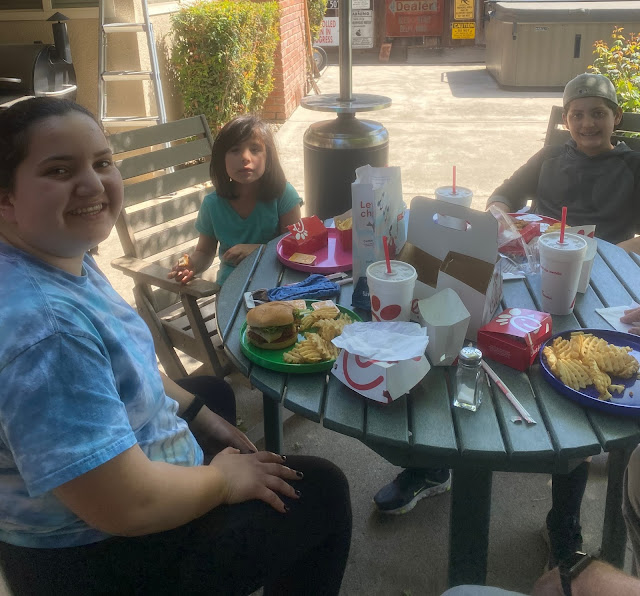 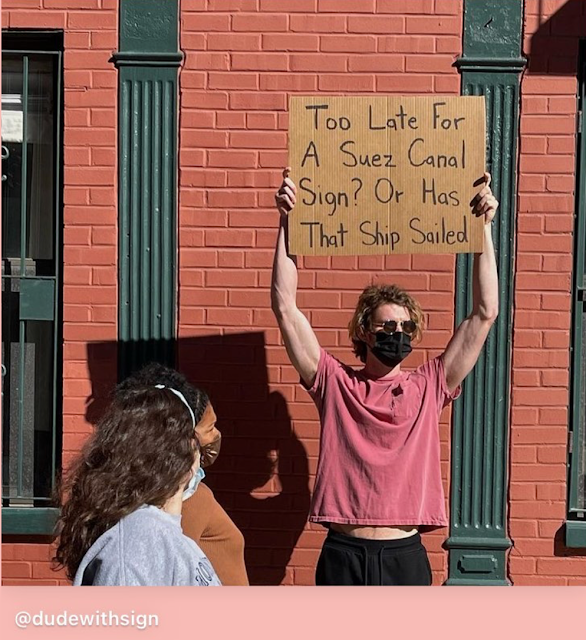 Have a blessed Easter Cindy.

You and I both tapped into the Suez Canal EverGiven stuck ship news--it kept me entertained for a long while. Love your opening picture and it was fun to catch up with you and your family. TWO teenagers!! Wow--can't believe it. Have a wonderful Easter!

I think I may have to put your thrift shop on my bucket list. At least as long as your current manager is there. The creativity in the displays is far better than any number of high end shops.

I'm sorry you didn't get to visit the zoo, but I'm sure I wouldn't have gone in either. I think we're closer than it feels to being able to safely do some of those things. And you did get to go to the coast, which sounds wonderful. We live in a beautiful place, but there is still a giant pile of dirty snow lingering from our last big snow storm. And by "last" I mean most recent, not that I'm confident we won't get more snow this season.

Happy Easter! May all your bunnies be chocolate.

OMGoodness! That dragon is definitely a piece of art! Do they raffle off the past window pieces. If not, they should! Carmel looked beautiful. Did you see the Patchwork house on the 17 Mile Drive? Happy Easter.

All I can say about that paint chip dragon is "wow." That thrift shop owner missed her calling as a full-time artist, didn't she? The dragon is incredible. When she's finished with it, I hope she donates it to a place that can display it - a library? a school? Nice that you could get away to the beach. We still haven't done that, but simply must! I know the way you're feeling about eating in a restaurant, or being around crowds, even after being vaccinated. It's unsettling. I like seeing your plants, but seeing those lilacs makes me want to weep. I MISS lilac so much! We had several wonderful bushes in our Iowa backyard, and the dwarf Korean lilacs emitted the most glorious scent! All we needed to do was open the family room window, and the whole house smelled marvelous. I really, really miss lilacs. (And hanging laundry outdoors.) I hope you are able to grow lilacs for yourselves. Easter blessings.