There has not been much going on around here lately. I have done a little bit of sewing. 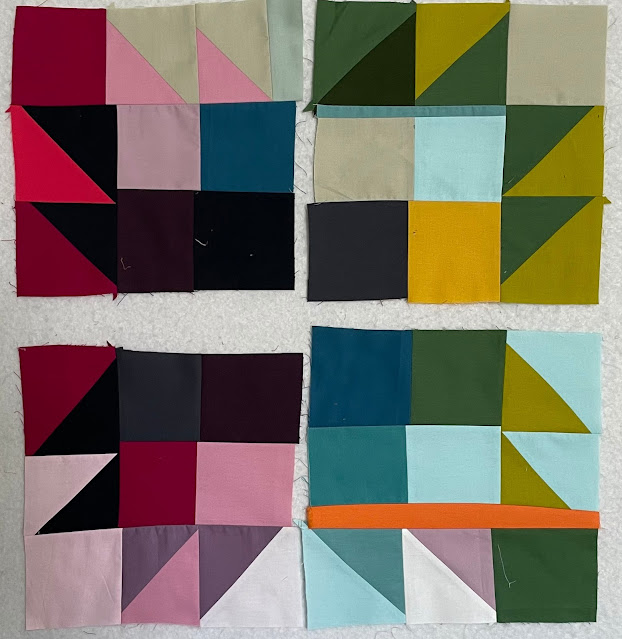 I took the Ruler-Free Finger Paints class from Laura Loewen, thinking I would go outside my box and try some more improv. I think it's become clear to me that improv is not my thing. So I will improv these four blocks together with sashing and move on to the more precision version of the quilt.

In fact, I spent an entire day cutting out the blocks for the complete quilt top. And have paid the price for it with a very sore back. Note to self: don't attempt that again. So rather than sewing things together, I'm spending time on the couch with either a heating pad or an ice pack, crocheting and binge watching TV or reading.

The "littles" were over for a few hours on Monday because there was no school. Mark made popcorn and they watched a movie. Ella added a friend...This is Sammy, her favorite stuffed animal who lives at our house. He has the best seat in the house. 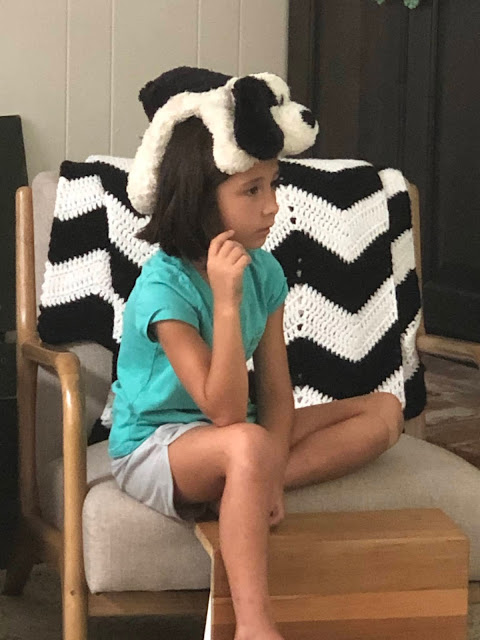 I've collected memes here and there... 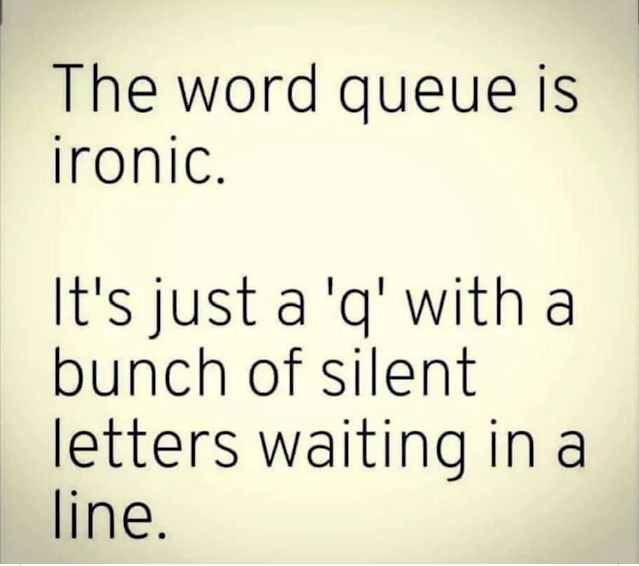 Gabriel drew the logo for the Kids Connection program at church--he's such a great little artist. 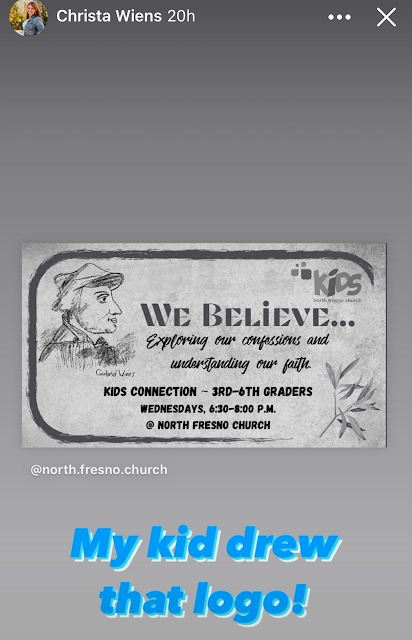 Christa sent me this picture of my dad, along with Ella and Gabe. I think this was from about five years ago. My parents still lived in their home, before my father lost his memory. Now my mother has been gone for three years and my father would no longer recognize these precious great grandchildren. 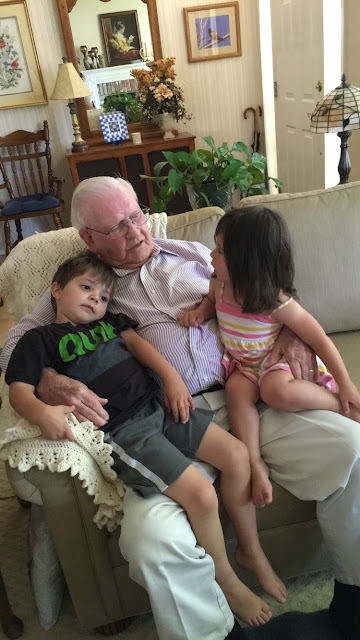 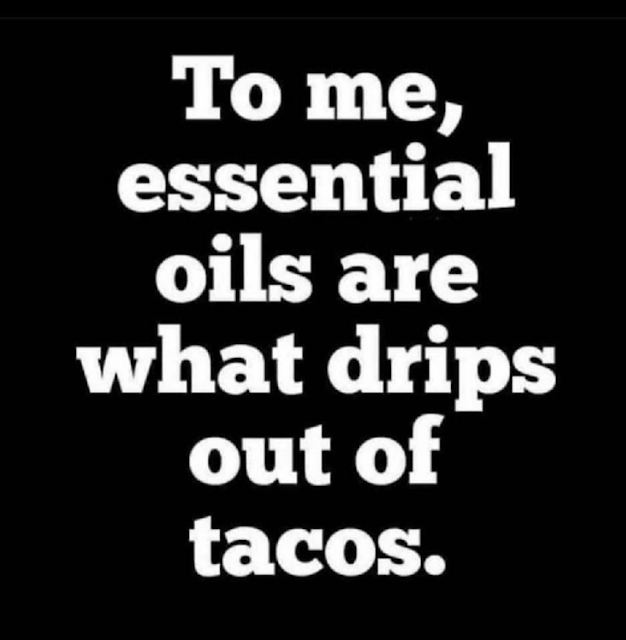 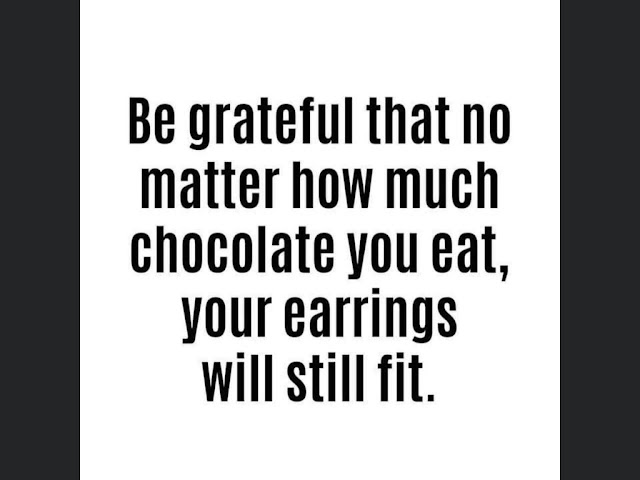 If I still had my piano, I would do this: 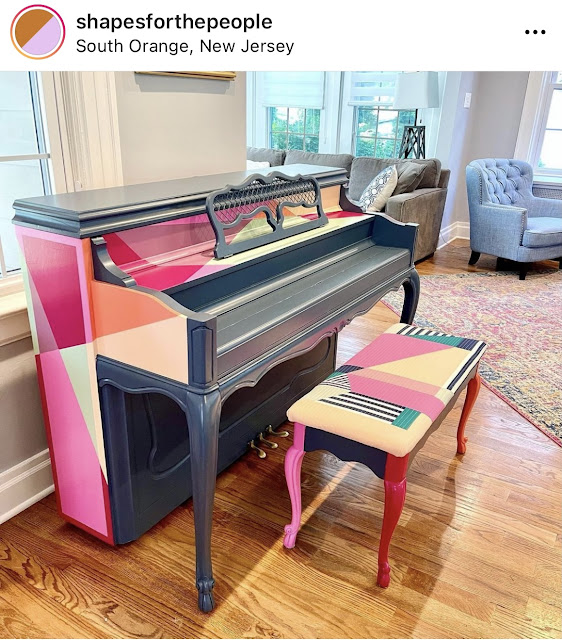 Do you remember when phone numbers began with words? When I lived in Oklahoma (until 4th grade), our number began with Adams, which was shortened to AD...and then the number, although I can't remember the actual number. 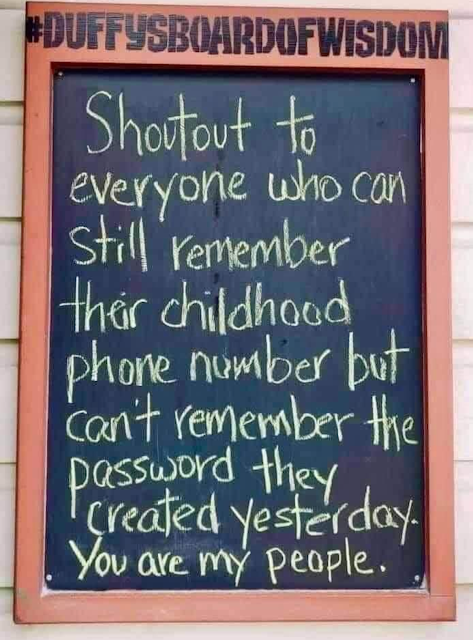 So I'm off to rest, along with the heating pad and ice pack. But I'm confident it will be worth it and that... 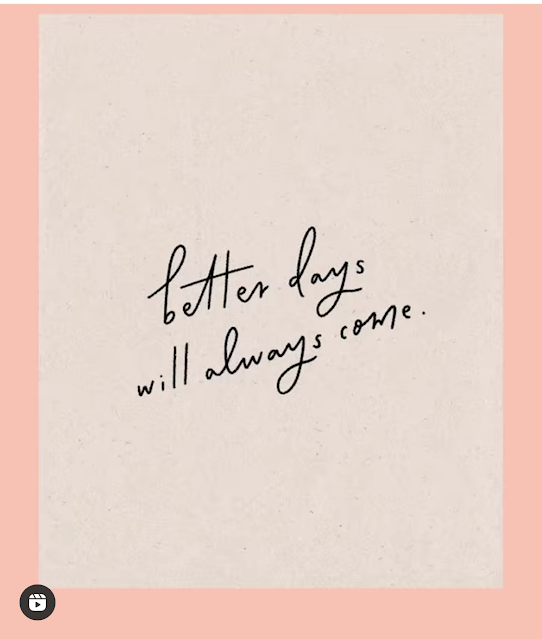 A day spent cutting is also very hard on my back. I find it helpful to wear my most supportive shoes. I now try to limit cutting to one hour stretches, and then switch to another task for awhile.
I hope that, after rest, your back returns to normal soon.
I don’t remember our old phone number, but do remember we were on a party line for a few years!

Love the pic of your dad and the kids. I’m like you, too much of a control freak for improv. Your memes always give me a chuckle. My childhood phone number was Orchard3181, but I spent hours the other day sorting out passwords. Grrr.

What a shame that rotary cutting made you feel so bad. It must be that the height of your cutting table isn't right/not high enough. I'm sorry for you. I can't imagine having to rest any part of my body because I overdid it in the sewing room! It's wonderful that you get to see your littles now and again. It always warms my heart when one of mine calls me on FaceTime. Time spent with them is so precious. I saw that painted piano on Instagram (as well as the painted walls of her basement), and only wish I had the nerve to be as bold and boisterous with paint colors. Interesting that you discovered improv isn't for you. I started cutting all my Finger Paints blocks improvisationally (without the benefit of Laura's workshop), and my blocks are coming out so precise that I should have just used a ruler. Sigh. I don't get it. Still, I love how the blocks are turning out, I made only four color changes. Perhaps it's odd, but I don't recall any phone numbers with a name prefix. But I DO remember picking up the phone to try to listen in to another conversation! Good 'ole party lines.

Passwords? What are passwords? Kidding. That was a great meme. I'm sorry to hear about your sore back--getting old is not for sissies. I have to limit my time cutting, or else I'm paying for it the next day. Love the photo of your Dad with his gr-grandkids. A treasure!

Sweet picture of your dad. My childhood phone number started with Osborne. I can't remember the number but that it had a couple sevens in it. And we had a party line with the neighbor across the street.
Kathleen - kakingsbury at verizon dot net

As much as I like improv quilts, I think I'm probably more like you. It's hard for me to be truly ruler free. I keep thinking I'll spend a year trying various improv techniques . . . so far it hasn't happened. Too many other quilts in the queue. Had my morning lol moment with that meme. Thanks for a truly good laugh. Gabe is quite the artist. I'm very impressed. Sweet photo of your Dad. Take care dear friend.

Such a wonderful post, you’ve taken me to many points of sweetness. Bittersweet, loving-sweet, silly-sweet, all so good.
PS: I love my earrings. 😁