A question we can continue to ask ourselves throughout the month: 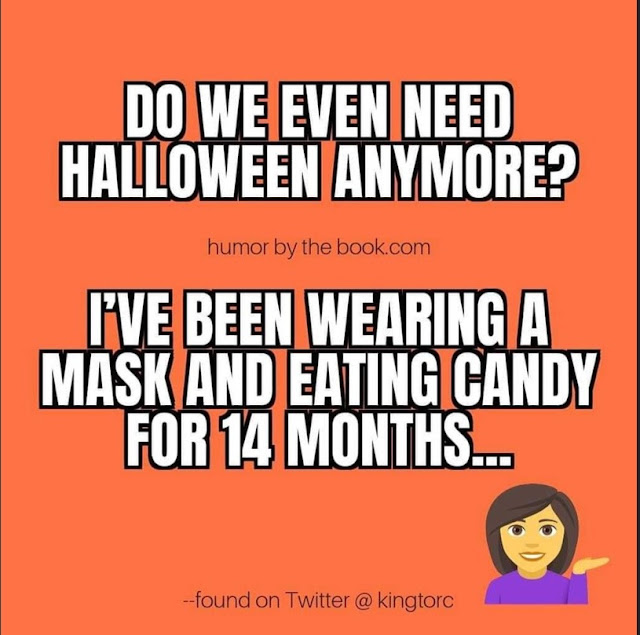 For the first time in nearly three weeks, I stepped into my room to trim a quilt. This one, in fact. 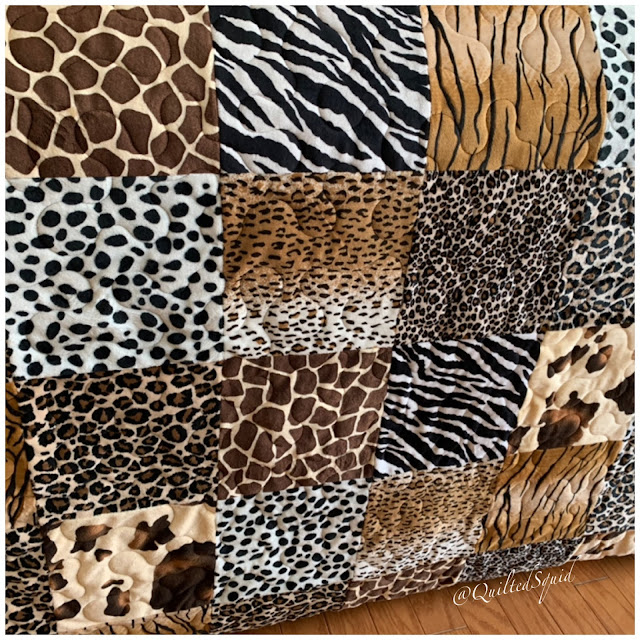 Ella found I kit I had purchased in 2009. I know that because it said so on the label. Strips of the softest Minkee. When she found it, I said both "yay" and "bummer" at the same time. Yay, because I knew she would LOVE this quilt as she is very tactile. And bummer because, well, have you ever sewn with Minkee? As soft and cuddly as it is, it is not fun to sew. And little crumbs of it get everywhere! But every single time she saw me, which is quite often, her opening line was "Grandma, is my animal quilt done yet?" I finally devoted a day to making it. And it just came back from the quilter. It is lusciously soft. I just have to finish sewing the binding down and I will hand it over. I kind of feel like keeping it here for myself...
After we photograph it (and we know the perfect place...), I'll show you the cute label I added.
Haha. 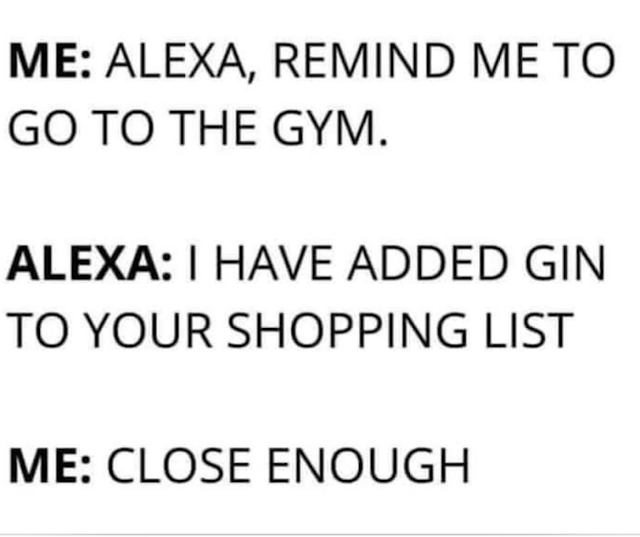 For years, our church has held the Pinewood Derby race. Up until just a year or so ago, we still had the cars that Aaron entered into competition.
This year, Ella, Gabe and Charlotte each made a car. Ella's is a dinosaur, Gabe's is the Coca Cola car, complete with pull tab, and Charlotte went all out and made her car look like the Pinewood Derby track. 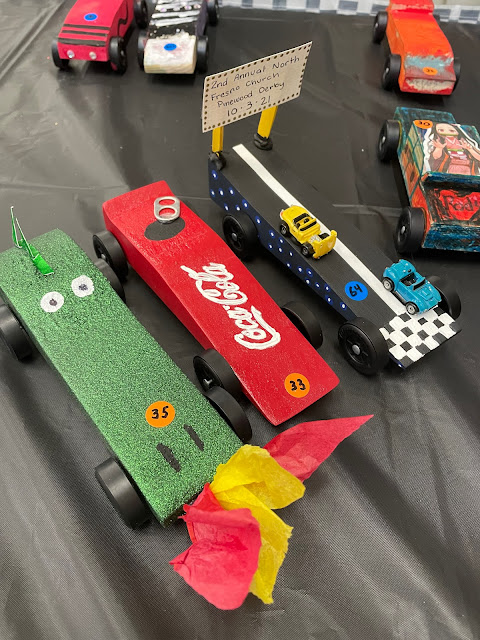 Ruby and Amelia showed  a lot of creativity as well. Ruby's has many of the constellations and Amelia's is supposed to be a mermaid. 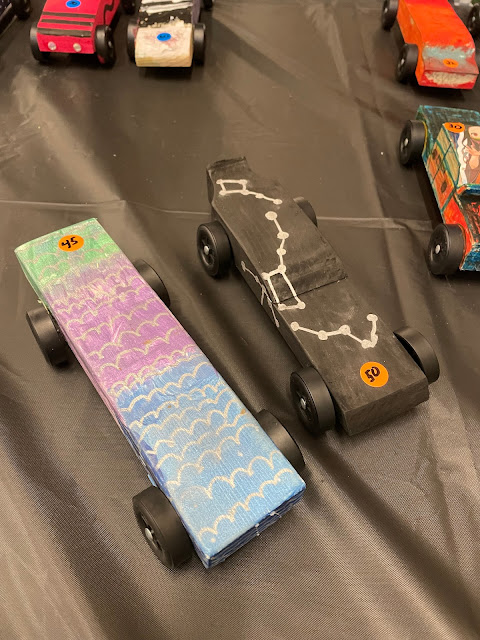 None of their cars won any of the heats but I think they all had fun anyway. 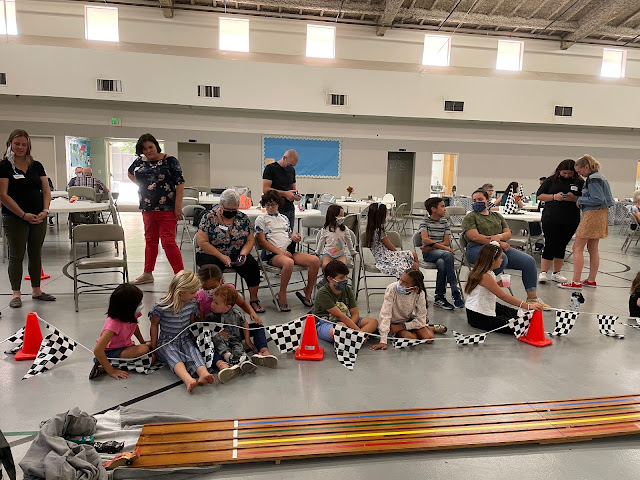 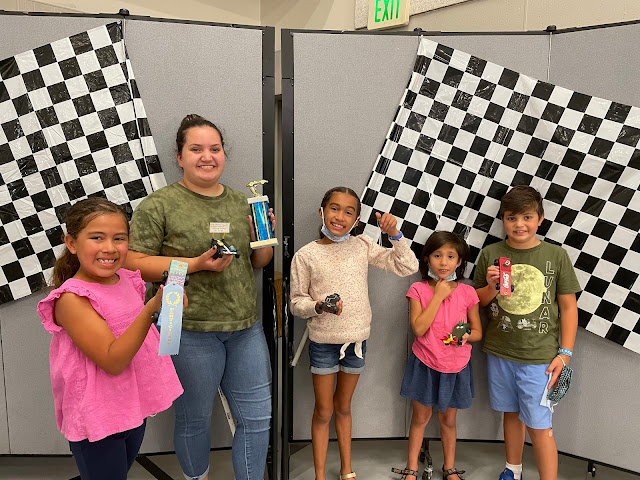 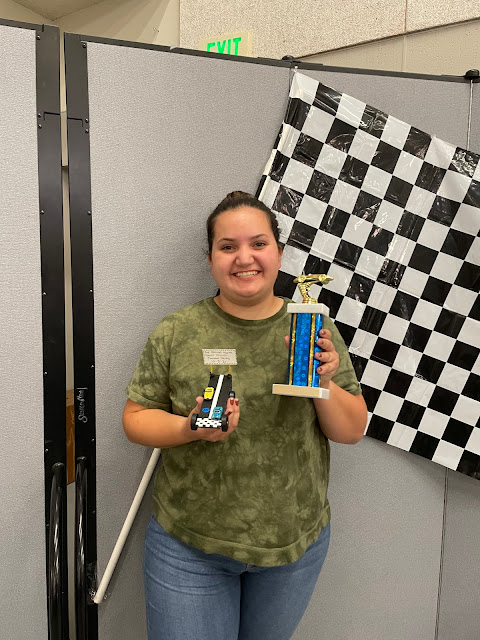 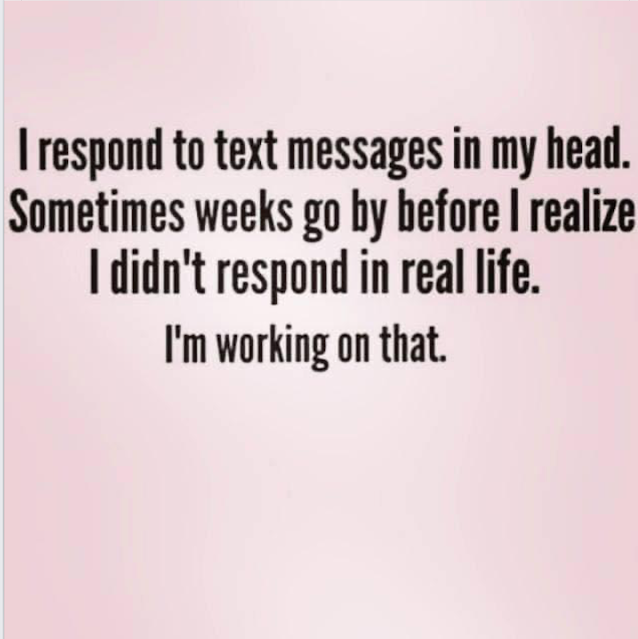 Maybe we should all go maskless for Halloween. I'm sure that would scare a lot of people. I think Alexa has been drinking the gin, and probably not wearing her mask.