Note to Bernadine who left a kind comment about purchasing some of Gabe's note cards: If you are reading this, you are a no-reply commenter and I have no way of getting in touch with you. If you can email me, that would be great!

Charlotte was in her first play at Roosevelt High School, which she attends because of their theater arts emphasis (side note: If you are familiar with Audra McDonald, winner of 6 Tony awards, 2 Grammy awards and an Emmy, she graduated from Roosevelt and the theater is named after her. Just sayin'. We thought maybe she would show up but I guess she was busy with her television and Broadway commitments, haha.) 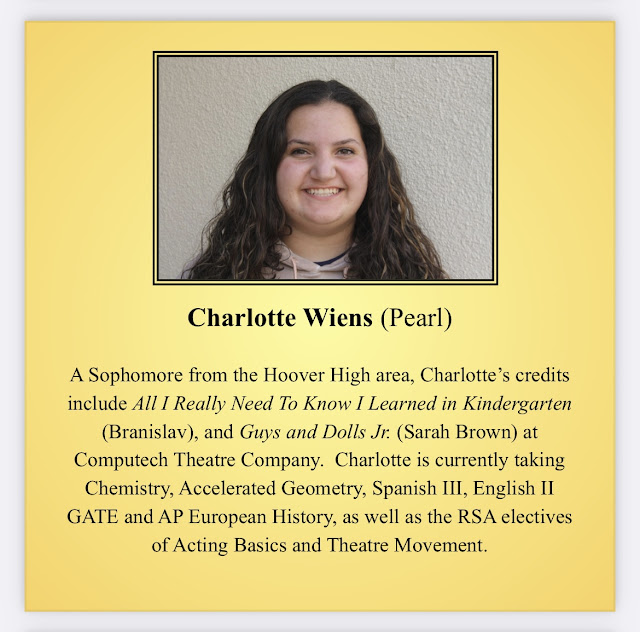 Anyway, the play was about first dates and how they can go decidedly wrong, so the entire play was a series of vignettes. Charlotte played a thief, who stole everything off the table all while talking to her date. She even stole the tablecloth and stuffed it into her purse.  She was really funny. I told her we need to keep an eye on her from now on... 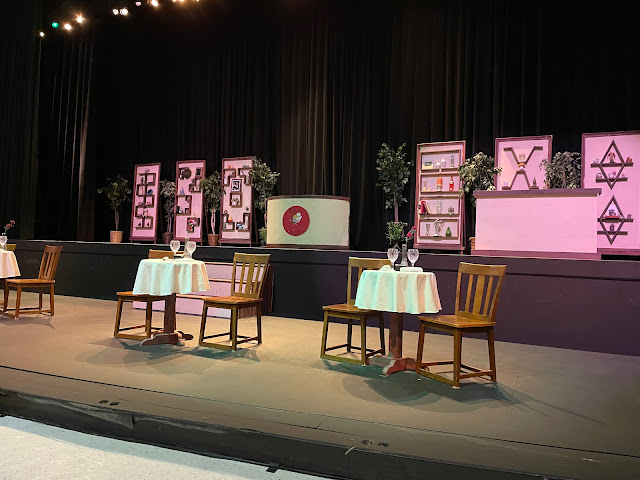 This is how the theater looked--very COVID conscious, so Mark and I had to sit with an empty chair between us. 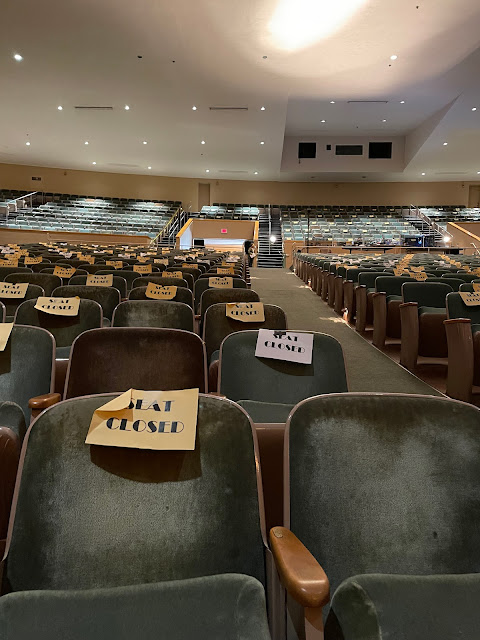 No taking masks off, not even for photos. In case you are wondering, the actors all wore the clear masks throughout the performance and they had a tiny, nearly invisible microphone on one side of the mask. 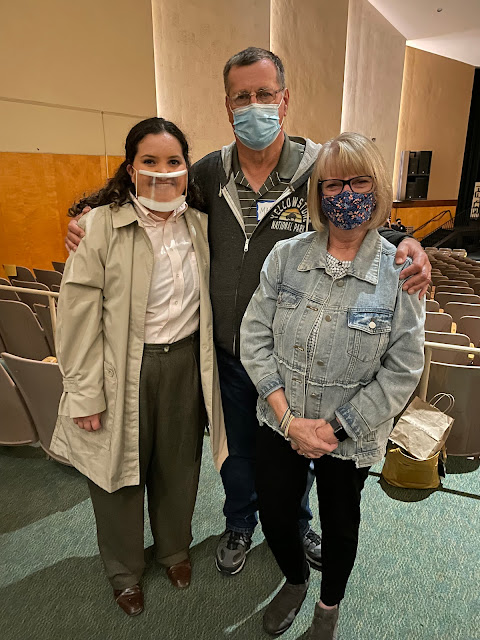 This was the last performance, a Sunday matinee. So many friends came to her performances over the two weeks they were offered and she got many flower bouquets. She loves nail art, so we gave her a little bouquet of nail polish. I tied them to little plastic sticks with stars on the top and told her she would always be a star in our eyes. :) 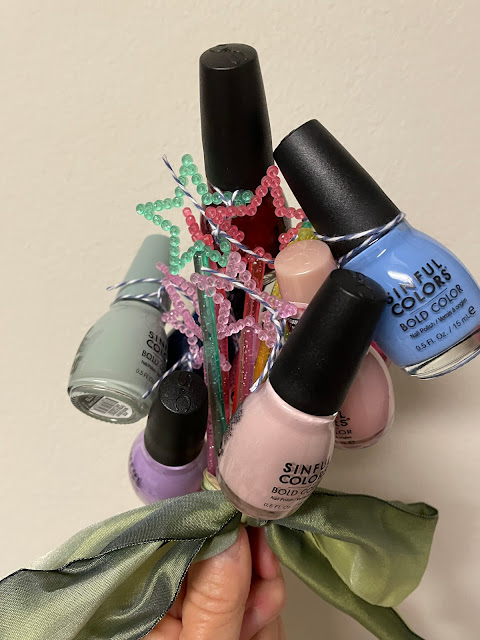 Later in the evening, we went to Aaron and Christa's house for chili. Every Halloween (except for last year), they set up a firepit in the driveway and we are fortunate enough to join them and some of their friends.  They offer hot cider and candy to all the trick or treaters walking by. In the meantime, all of these kids (who have been spending Halloween together for years) go around the neighborhood together. 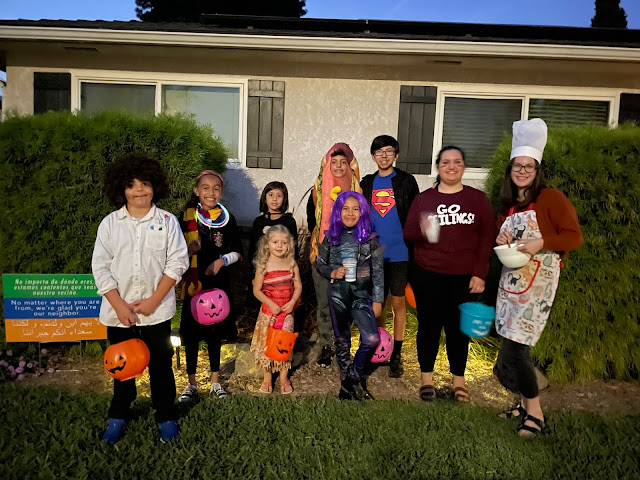 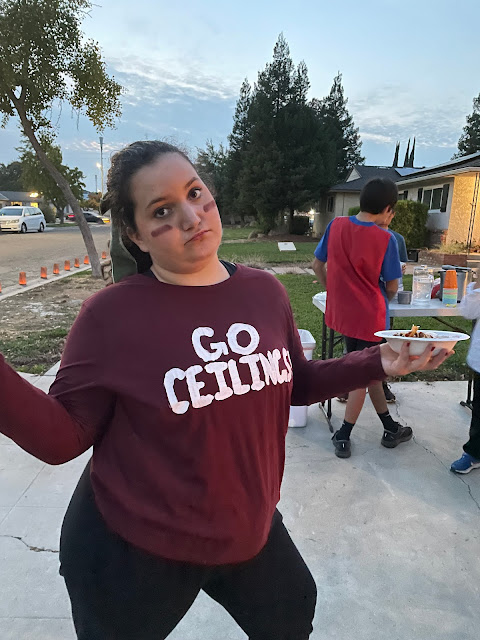 Gabe, who probably had my favorite costume, went as Bob Ross. He even talked in a calm and quiet voice: "Let's just add some fluffy clouds here and maybe a little grass..." 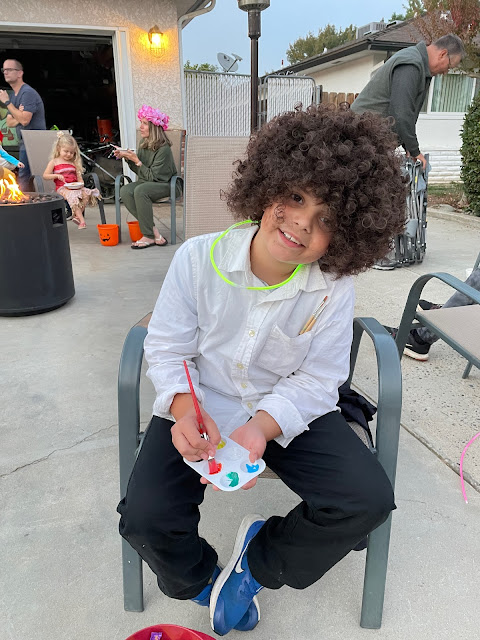 That's about it for this week. I have spent a good part of the week finalizing my Quilts by the Water 2022 calendar so that's been kind of exciting. Here is a sneak peek of the cover. 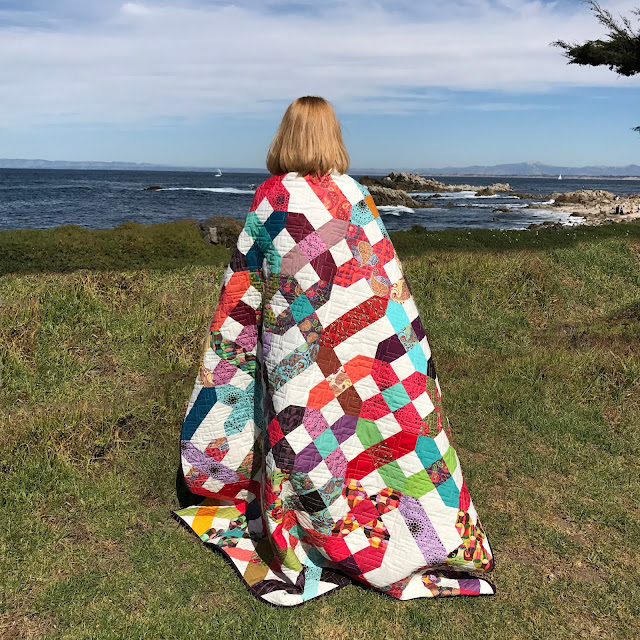 Other than that, not much happening in the past week. As we have a time change this weekend,  I'll leave you with this. 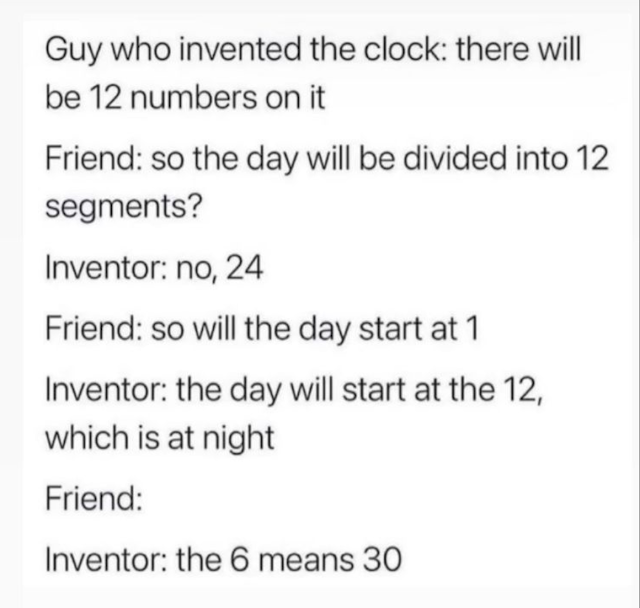 Give my congrats to Charlotte on the play. Love the Bob Ross costume. When our son was young, he and a neighbor got into painting thanks to Bob Ross inspiration. Seeing your Swedish X is reminding me that I still want to make one. So many quilts on my to do list.

Such a great post—happy for Charlotte and it was interesting to hear about how the mask thing worked for the actors. I’m glad to hear you are finished with your second calendar, and looking forward to the quilts and photos. Lastly, fun to see all your Halloween fun. I live vicariously through you!