It seems like I have been doing a lot of sewing in the past week. Here is what I have to show for it.

I had a crazy idea for the Color Commotion quilt, the one with the colored center squares. Turns out it was a hideous idea! Even though this batik contained all the colors in the blocks, once I sewed it on, I absolutely hated it. 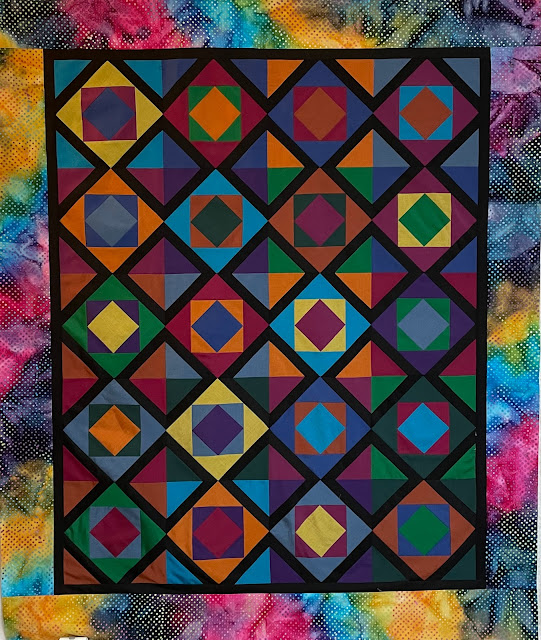 Even Mark, who always gives me very good feedback, said, "Are you sure you like that?" at which point I knew I was on the wrong track! So I got out my trusty Jack the Ripper and took that border off, and added a solid black border. Whew. SO much better. 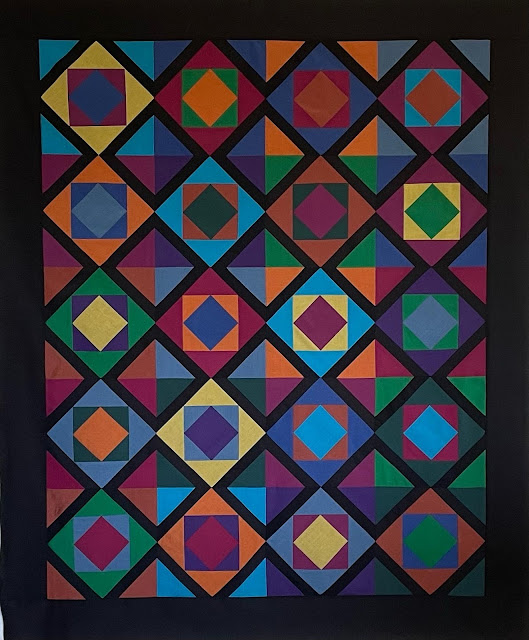 I'm still calling it Color Commotion, but the black border has a calming effect that I really like. I briefly toyed with the idea of using the batik as the backing. After all, I have six yards of it. (Why?? Apparently I loved it so much when I purchased it 10+ years ago.) But no. Not even for the backing. I'm donating it. I'm sure there is someone out there who will make something beautiful out of it, but that someone is not me. Instead I'm going with a great print by Giucy Giuce. Understated, with just the right pops of color. 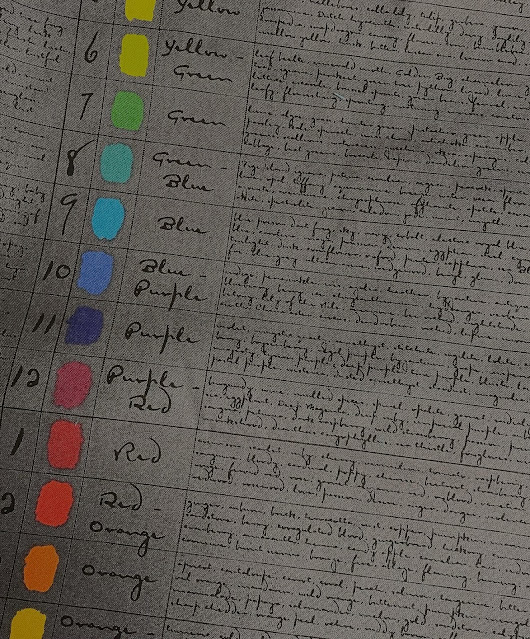 Jettstream, for which I'm writing a pattern, will have no border. 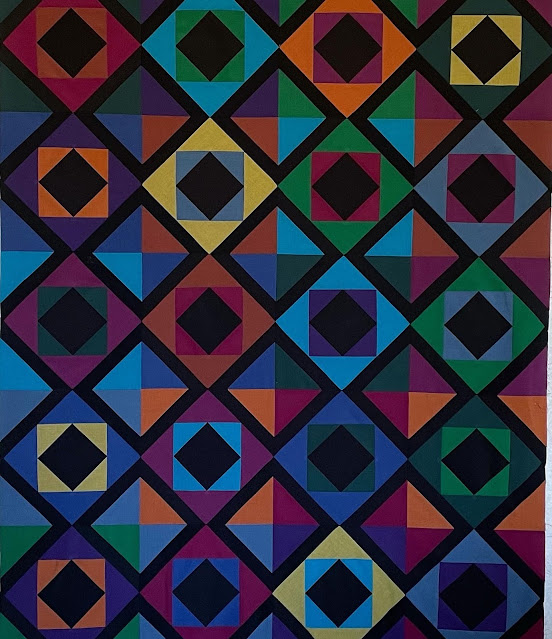 I used three sample blocks for the backing, along with a lovely blue shot cotton, and it's so very soft. 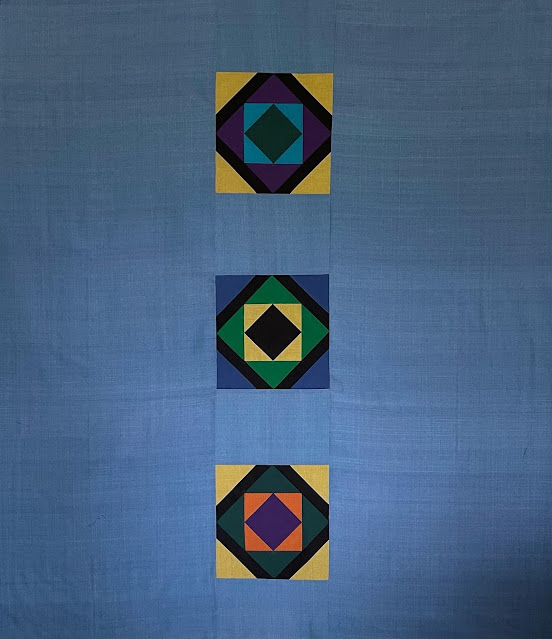 I only made one block for my blocks of the week. It was a "catch up" week for the Riley Blake challenge so a new block won't drop until next Tuesday. I haven't received the block yet today for Moda Block Heads 4, but they released another bonus block last week, so I quickly made that one yesterday, Mix and Match designed by Michelle White for Moda Fabrics. 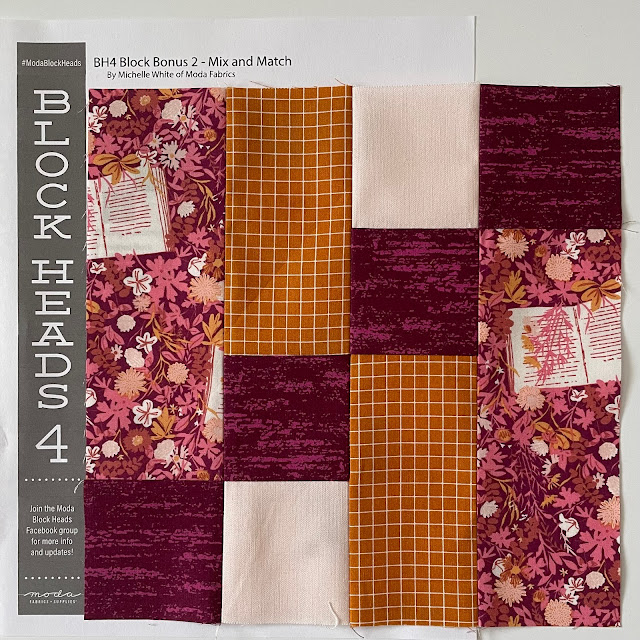 And finally, I completed another Double Ruby Ring, 7 out of 16. 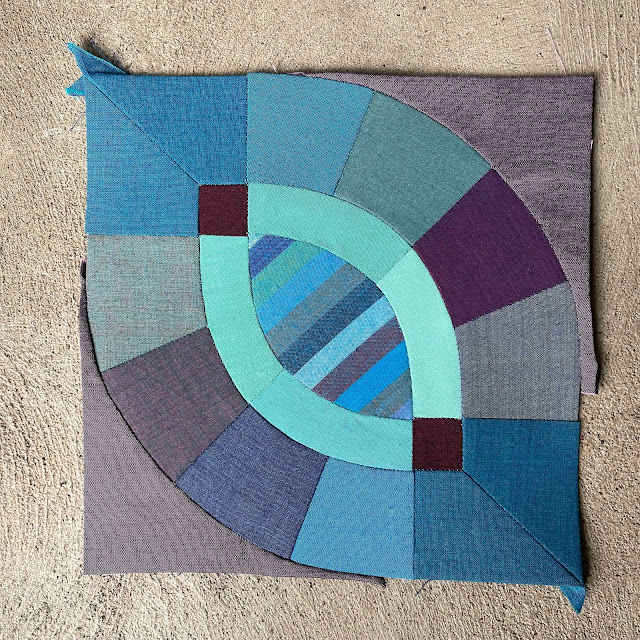 My progress so far. 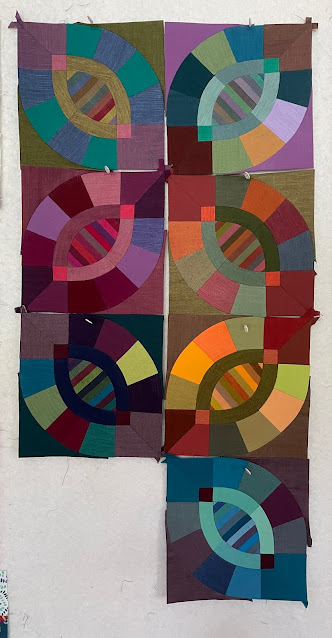 The black border is definitely more calming. It is a beautiful quilt. Love block #7 too. I can't wait to see all of them together.

You are busy busy. I am trying to stay caught up, but life keeps getting in the way. On tap for today is the current Perfect Pineapple block. I saw a block I wanted to try, so I ran down that rabbit hole and also am making a small 24x27 inch quilt so I can practice hand quilting again. It's been so long! That Ruby Ring quilt is just going to be stunning. Those blocks are amazing.

Your piecing is exquisite!