Ah yes, May the Fourth be with you.

It's been kind of a slow week in the sewing room.

The Riley Blake Block Challenge has been taking the last week of the month off, allowing for a "catch up" week, so there was no block to sew from them.

I did make Moda Blockheads 4, Block 6, Spinning into Spring, designed by Linzee Kull McCray of @seamswrite, and I really like this block. 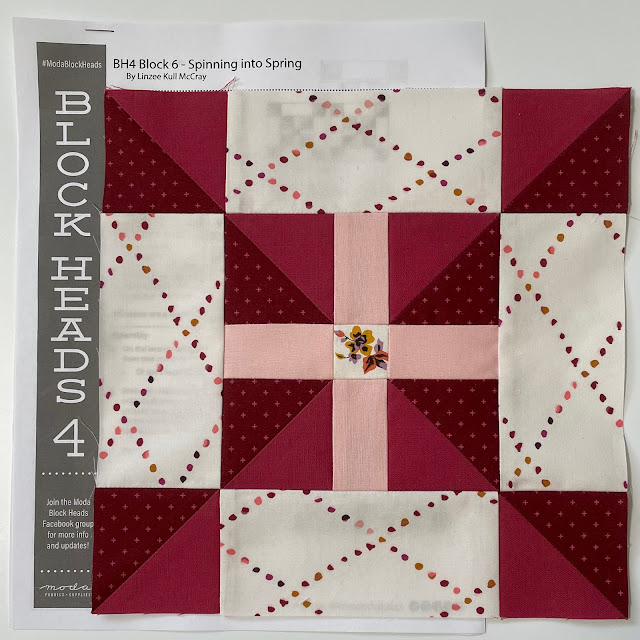 And even though I'm doing my best to sew mostly from my stash, I just love that background with the dots in diamond shapes so much that I tracked it down. It's by Maureen Cracknell and I located a yard on Etsy and it arrived today. I'm very happy about that.

The rest of my sewing time was spent working on the Mischief quilt top, which I'm trying to turn into a medallion quilt. I had this imaginary conversation in my head with the quilt the other day after everything I tried just wasn't working.

Quilt: Hey, remember that 4" striped border you added to me? Yeah, way too wide...
Me:  Sure. No problem. How about if I trim down to an inch? And add some pretty squares all around for the next border? 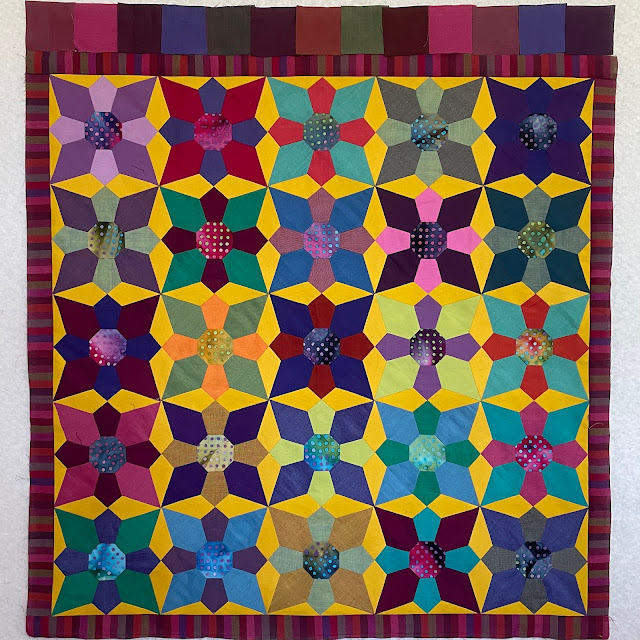 Quilt (clutches throat): Help. Now I can't breathe!
Me: Geez. What a drama queen. How about a nice skinny solid border first and then a fun checkerboard? Do you like the pretty light purple? 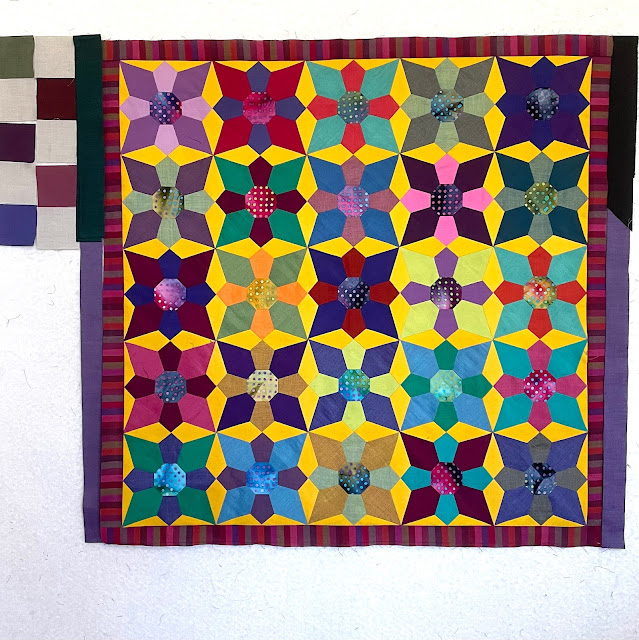 Quilt: Meh. Too wishy washy.
Me: Okay...how about black? (on the right side)
Quilt: Too harsh.
Me: Dark green? (on the left, although it photographed like it's black)
Quilt: Yes, I believe I like that one.
Me: Any other suggestions? I'm tired of sewing and unsewing. You're so opinionated.
Quilt: Maybe sketch things out first? I hate having to correct you. But you'll be happy you listened to me.
I did a little sketching. I direct messaged Erin Burke Harris, who wrote a book called Make Your Own Medallion. I called my friend, Elizabeth (@opquilt), who always has good suggestions. Interestingly, both Erin and Elizabeth mentioned a suggestion by my friend, Anne @springleafstudios, who thought maybe I should delete the striped border and add a thin border of the yellow to give the blocks a little breathing room.
So that's what I did. 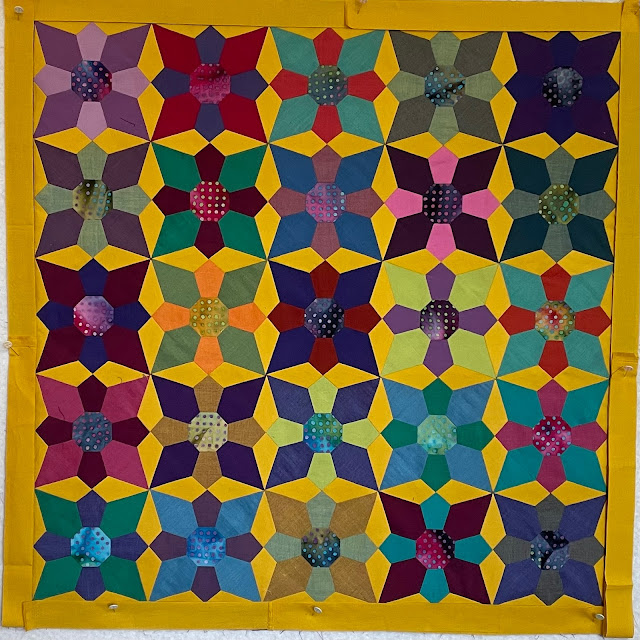 Then Elizabeth suggested adding a border of 3" square in a square blocks all the way around. She also thought I should consider using the same yellow as a background, which is a bolder choice than I would have considered on my own. But I think I really like it. At least if I make the required 44 blocks to go all the way around, using my precious Oakshott scraps, there is no way I'm going to say, "Meh...I don't think this is right either." At least, I hope I won't say that... 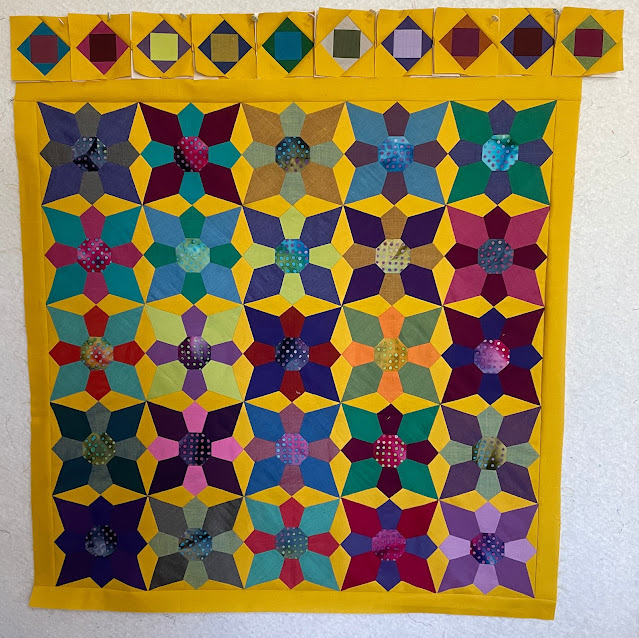 And for now, that Quilt better keep its sassy little mouth shut.
Posted by Live a Colorful Life at 5/04/2022

I love your conversation with your quilt! So funny. I think the border blocks in yellow are perfect.

I definitely like the extra yellow around the edge. It gives the blocks breathing room so they don't feel clipped off. Glad I could make a useful suggestion. I like the square in square and I also still like the stripe fabric and the larger squares from the first photo. Maybe they can work now with the extra room the yellow adds. The darker values will help give it a period so to speak around the final edge. Good luck with the rest. It's always a trail and error kind of thing for me.

I have always loved adding yellow to my quilts, Can you tell me what color yours was, I guess I should say name or brand.

Elizabeth is the queen of borders! She always has brilliant ideas and willing shares her ideas too!

I don’t know why my comment (above ) is anonymous. Seems there’s an extra step to commenting now!

It's so nice you have people to call to give you input on your quilt design! You're most fortunate. Elizabeth obviously gave you great advice because that mustard color looks perfect as background - unifies all the blocks. It's coming along really well. Keep going!