Yesterday was our 49th anniversary. We were married on a beautiful day in Seattle. No rain. Beautiful light streaming through the stained glass window in the front of the sanctuary. It's hard to believe we are one year away from celebrating our golden anniversary! 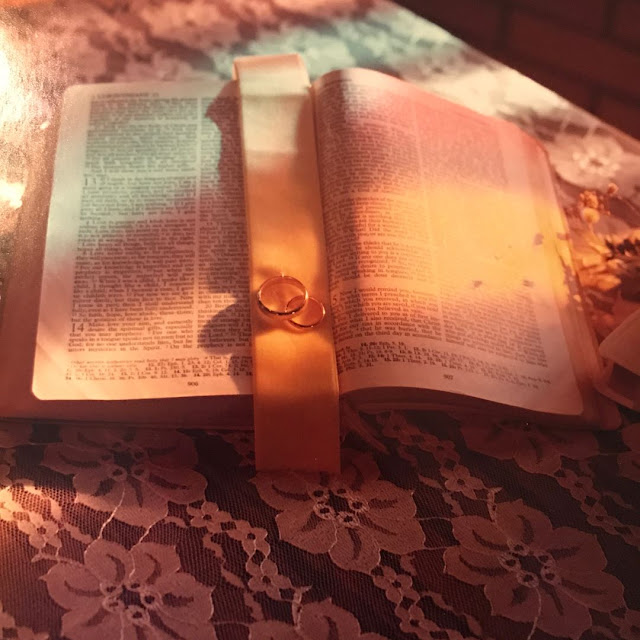 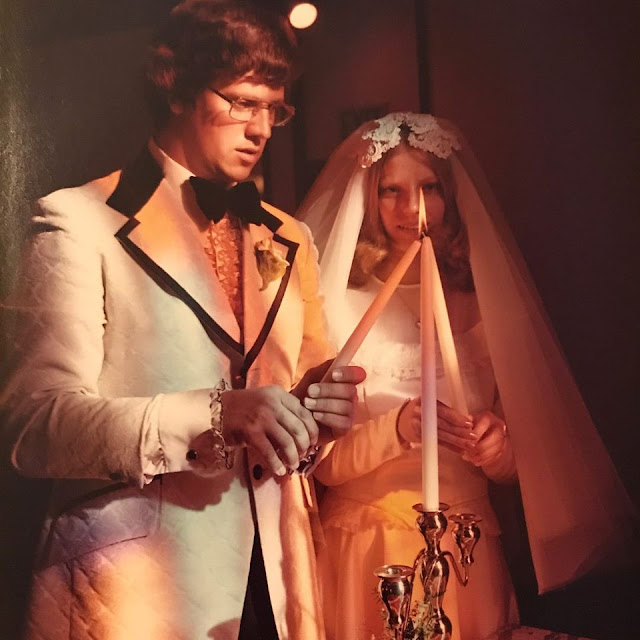 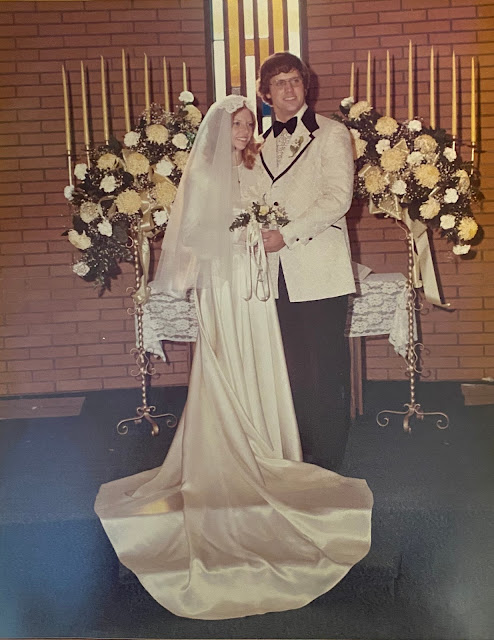 We celebrated at Quail State, a trendy place downtown. 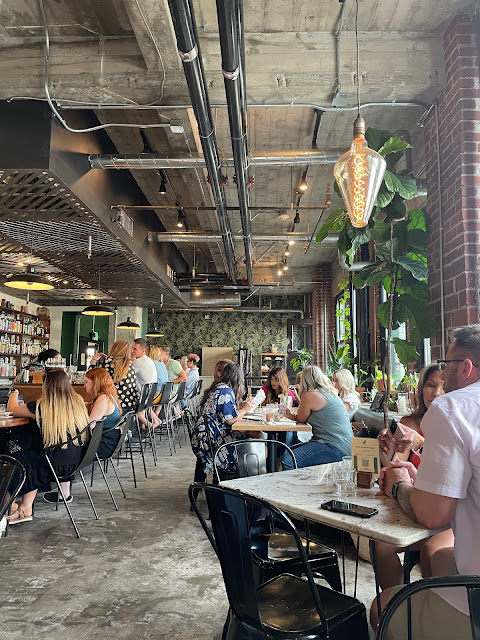 We shared chile verde tacos and grilled cheese. I'm usually a merlot type person, but I decided to branch out. I ordered a Vesper. I had never heard of it before, but if you are a fan of This is Us, you will recognize it as the drink Rebecca ordered on the train in the next to the last episode. 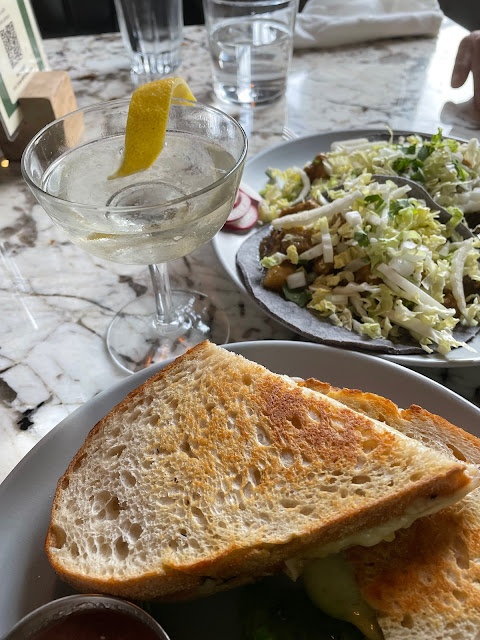 It was a fun and relaxed evening. That decision 49 years ago to marry Mark was one of my best. 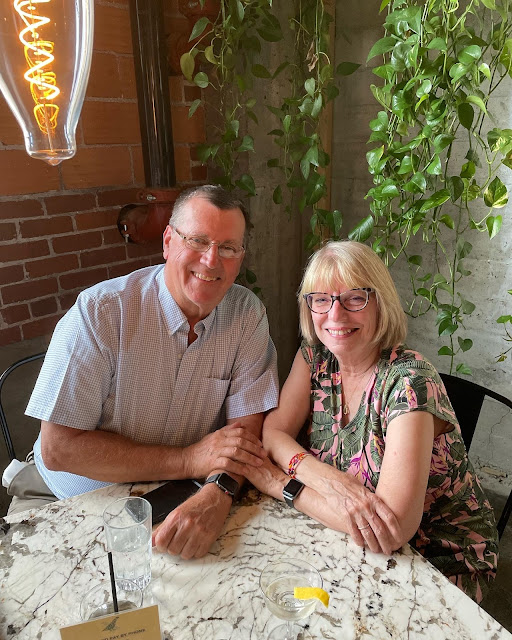 We don't go to the movies very often, but Mark knows how much I enjoyed the Downton Abbey series, and bought tickets for the new movie. We both enjoyed it.  During the pandemic, the theater did a lot of remodeling. They now even have a bar. Just for the sheer novelty, after the movie we bought a very overpriced glass of wine and some popcorn, and watched people for awhile. 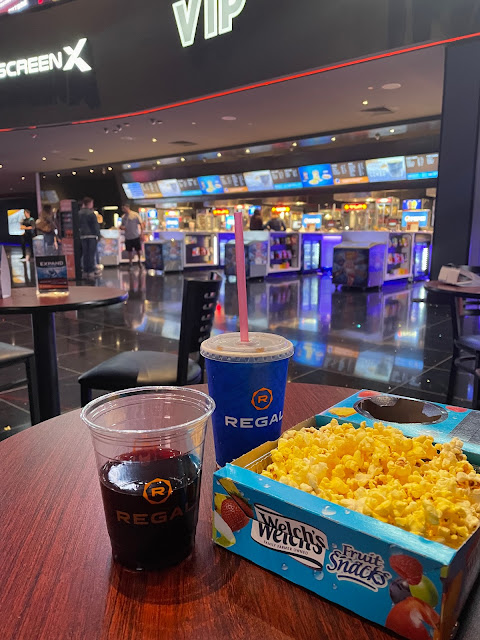 Awhile back, we had gotten tickets for Beyond Van Gogh, an immersive show that is traveling around the country. We got two extra tickets, so Gabe and Charlotte joined us. 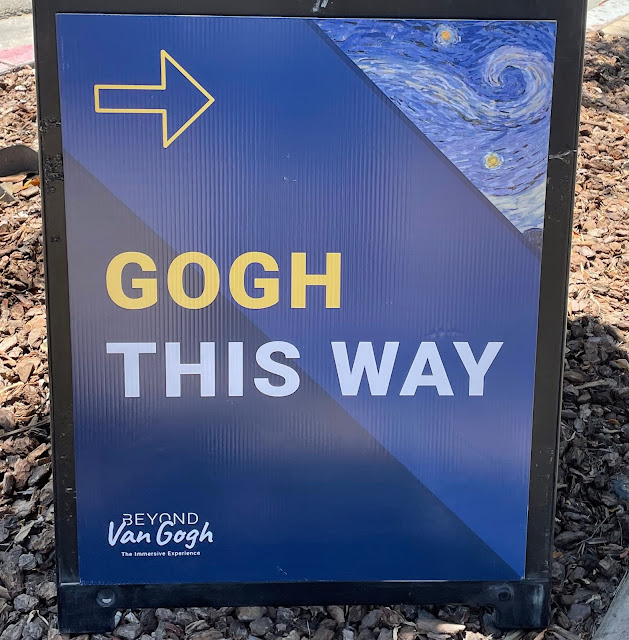 It begins with Van Gogh's history and a lot of quotes from letters he wrote to his brother, Theo. 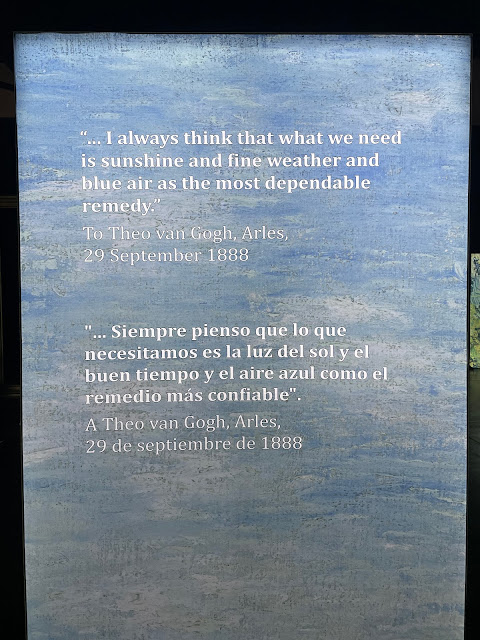 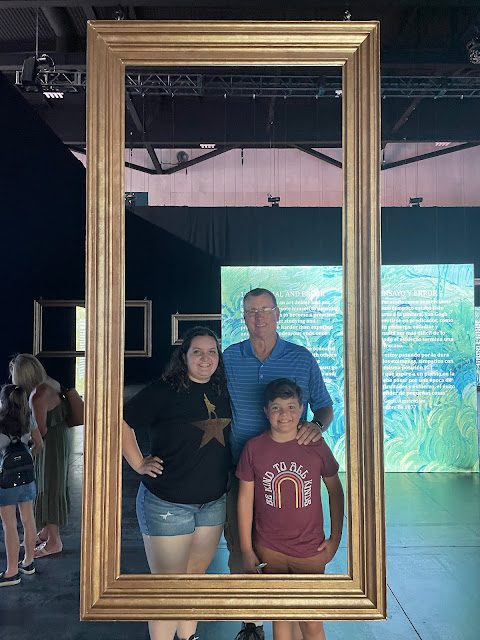 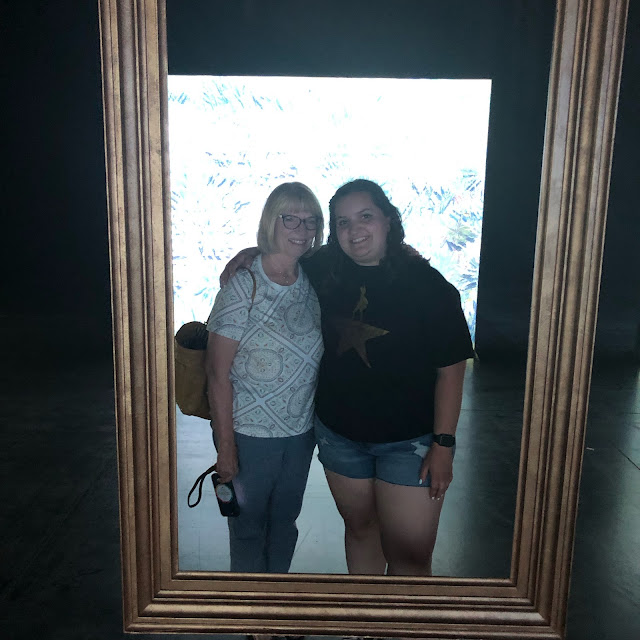 Then you move into a big room that has an ever-changing display of his paintings, both on the walls and the floor. 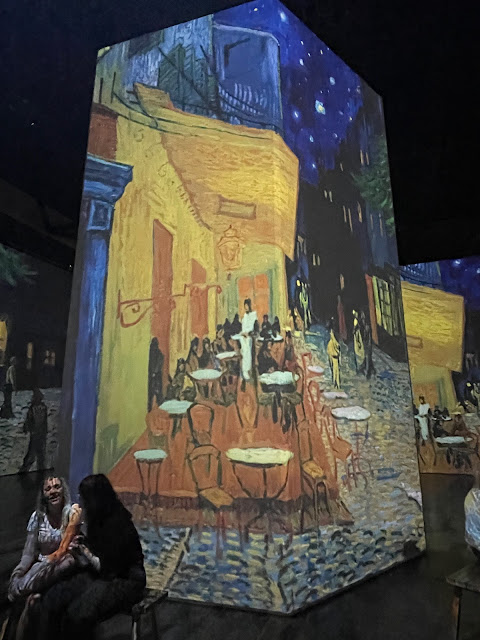 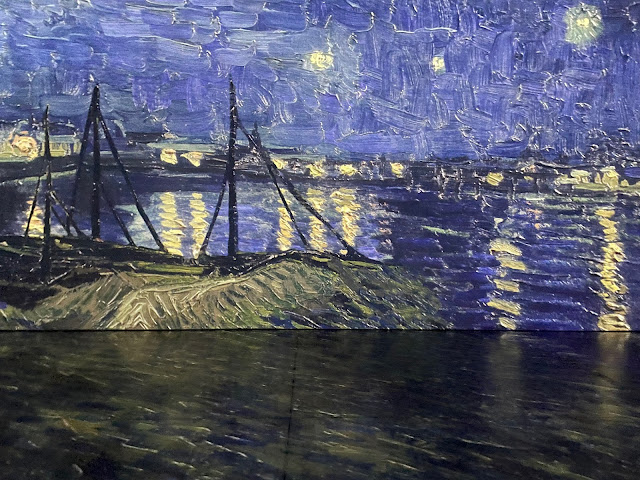 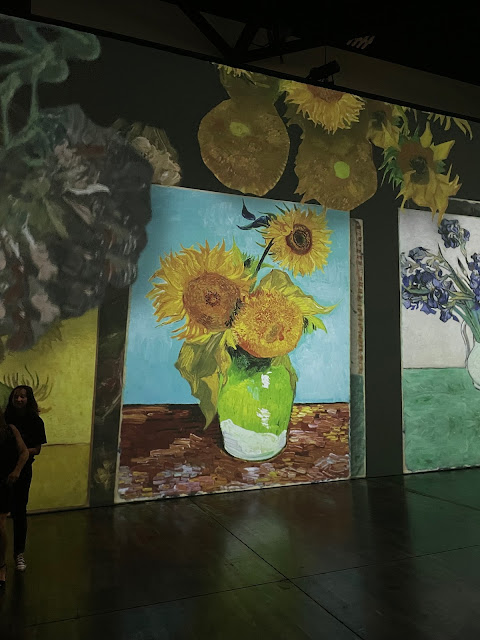 They had several really great settings for photo ops. 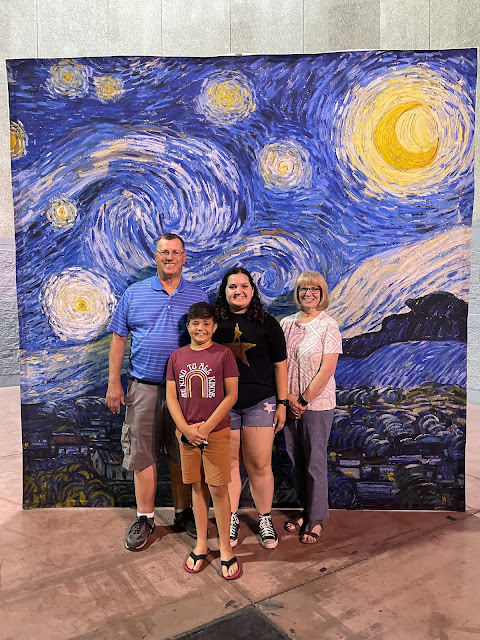 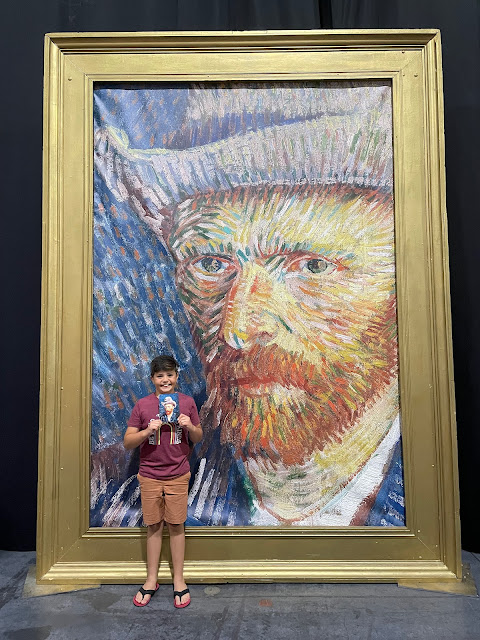 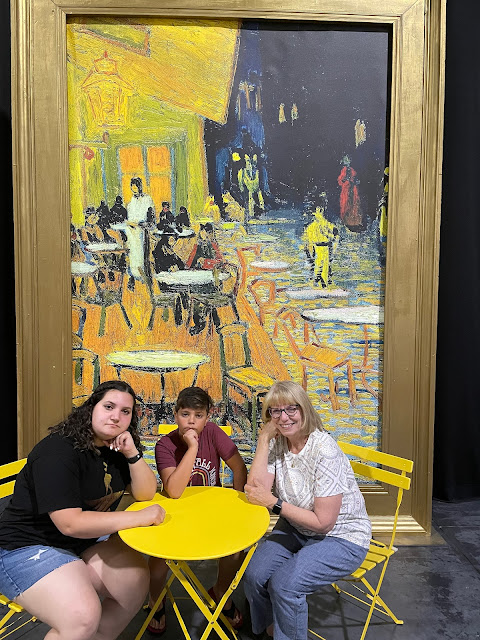 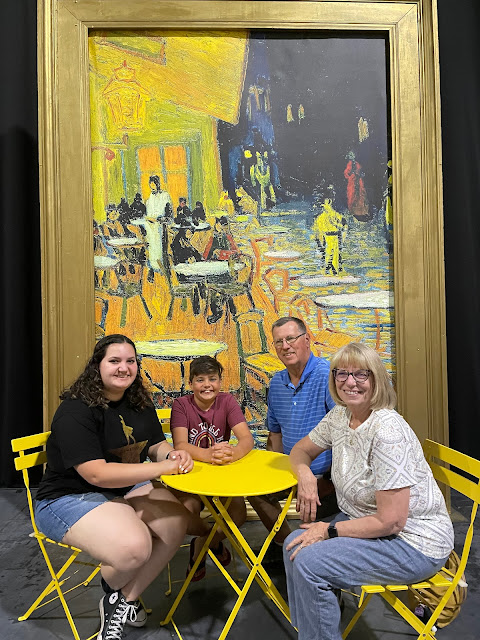 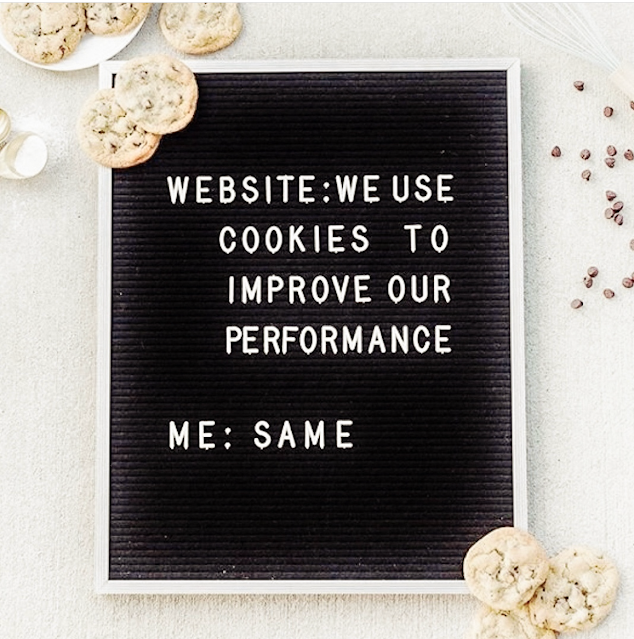 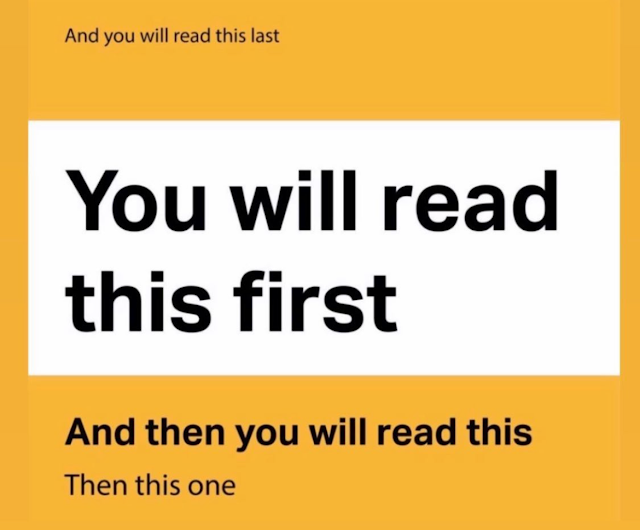 Congratulations! What a great way to celebrate. We will also celebrate 49 years in July. It is SO hard to believe that 50 is just around the corner.

Happy Anniversary! Sounds like your husband still knows how to take you on great dates. And that last image, yup, very true for me!

A couple of the red states wanted to be gray!
And I read the last thing second!
:-)

Happy anniversary. Sounds like you had a lovely time celebrating. I love Downton Abbey and need to get along to see the film soon too.

How interesting to see the Van Gogh exhibition! I imagine it is very similar to one we have exhibiting in Melbourne at the moment called Lume. I haven’t been but must! Happy Anniversary-49 years is an incredible achievement! From Susan - Patchworknplay

Happy anniversary. We will celebrate 45 years next month! Your wedding photos are beautiful and so 70’s! We saw the Downton movie as well and I loved it. Oh, Maggie Smith! The Van Gogh exhibit is coming to our city but it will be way downtown and I don’t feel safe in that part of town. I’ve been to his museum in Amsterdam and that will have to do. I enjoy your blog each week.

Congratulations on 49 years! The years go by quickly don't they? The Van Gogh exhibit was here, but I was a little wary that the moving images and weird light might trigger a migraine for me. So, me no Gogh.

Congratulations!
I wish you both the happiest anniversary. Sounds like you've done some fun things to celebrate.
I am glad to get a synopsis of the Gogh show--I loved all the posed photos of you and your two--so fun. My favorite was the yellow tables/chairs. Now I need to go and see the Downtown movie!