It's been a few weeks since I've posted a "really random" and there isn't much to post about this week either.

On July 4, I was scrolling through Facebook, and long-time friend, Tonya, posted photos of all the patriotic vignettes she had around the house. It has been my recent goal to gift a lot of my quilts, and I made a snap decision to give Tonya the Stars and Stripes quilt. I called her and asked if we could stop by for a few minutes. It was so much fun to give her the quilt, and I know it will be well loved. and we had a nice chat with Tonya and Rick. 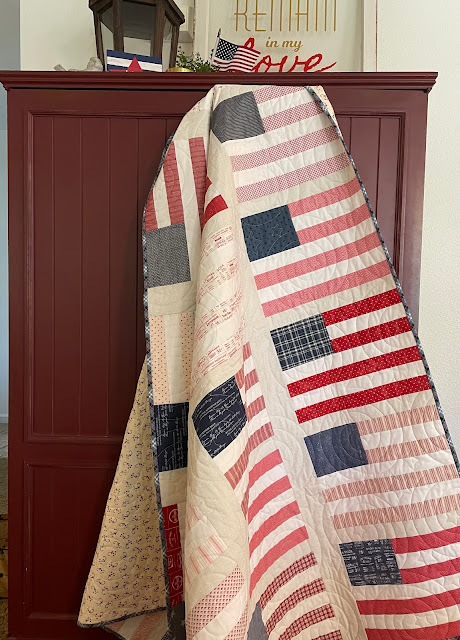 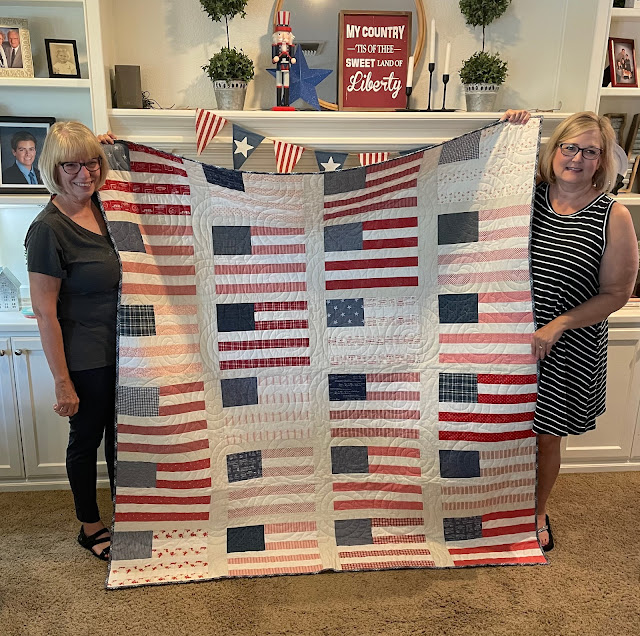 We sat out in the yard for a while in the evening and listened to what sounded like bombs going off in the neighborhood--so many illegal fireworks. It really just made me ache for the people of Ukraine, knowing that the sounds they hear are in fact real bombs. 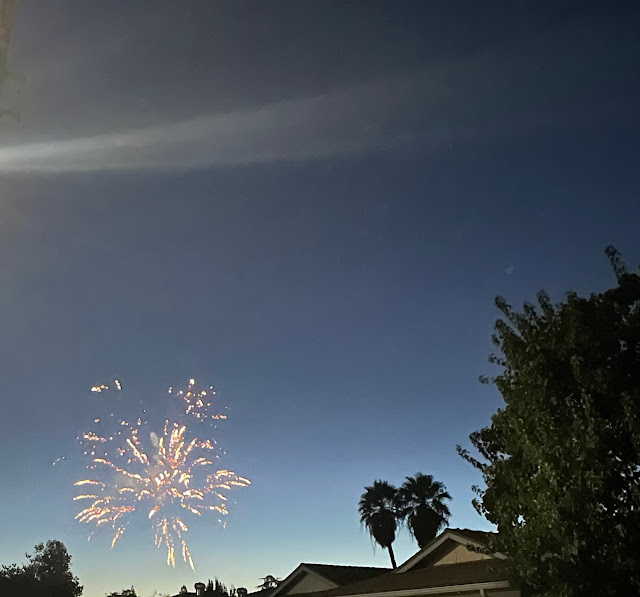 On Wednesday night, my throat started feeling a little scratchy. We had planned on having Gabe and Ella overnight on Friday, so I thought, just to be on the safe side, I would take a COVID test. Ugh. Positive. Mark had had some sniffles a few days before, which we both attributed to the fact that he had been pruning a dusty tree. But of course he took a test, and of course he was positive as well.

I think I have always been waiting for the "shoe to drop," so to speak, feeling like eventually one or both of us would test positive, despite our caution and being double vaxxed and double boosted. He had really minimal symptoms. I had two days of feeling like a bad head cold but other than that, no other symptoms. The one upside to both being positive at the same time is that we did not have to isolate from each other, and Mark could continue to make the majority of the meals. Haha. We definitely attribute our light cases to the vaccination. 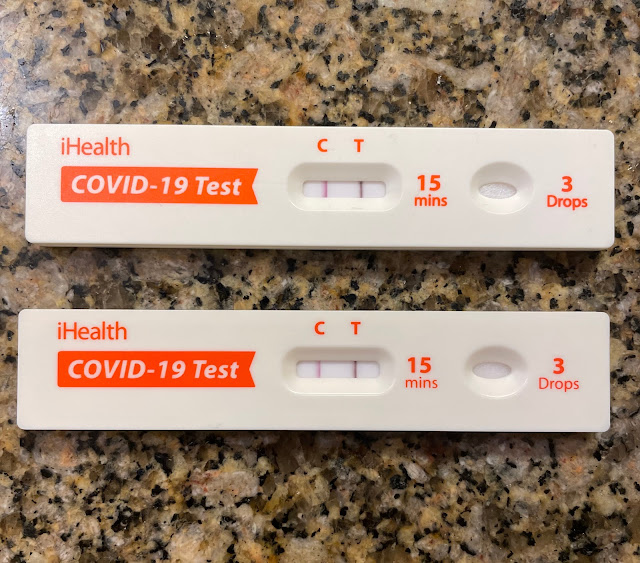 Do you feel this way sometimes? 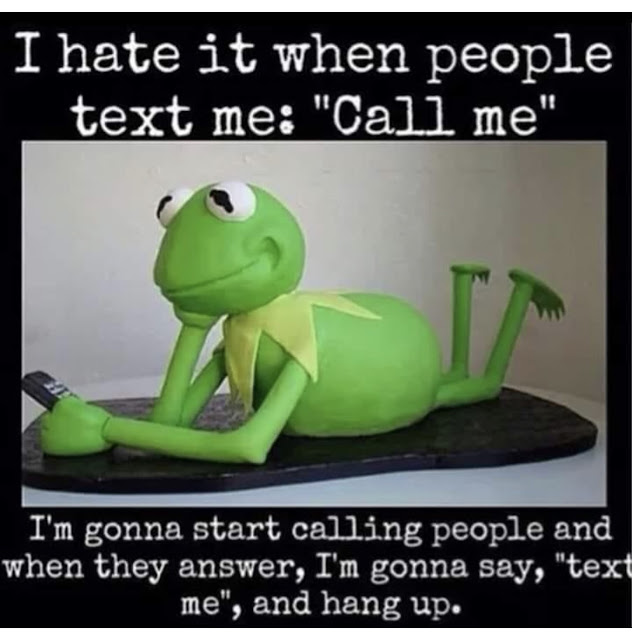 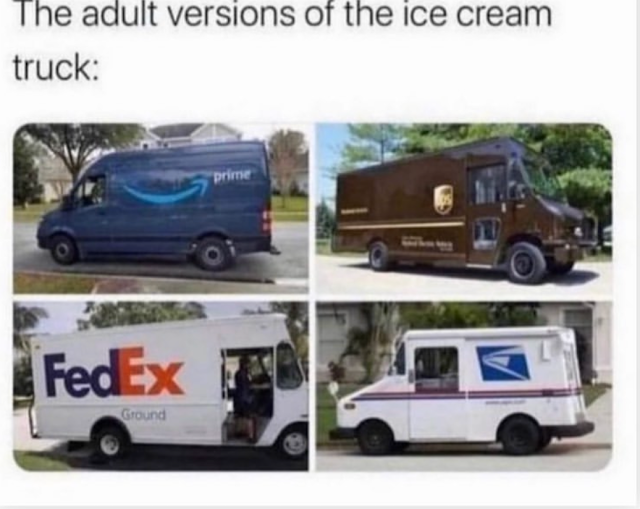 And to document: Mark and I went to our first protest. It's a long story but the short version is the attempt to quiet the voice of women in ministry in our church's conference. Our daughter-in-law, Christa, recently graduated with a master's in ministry, leadership and culture, and was the organizer of the protest. 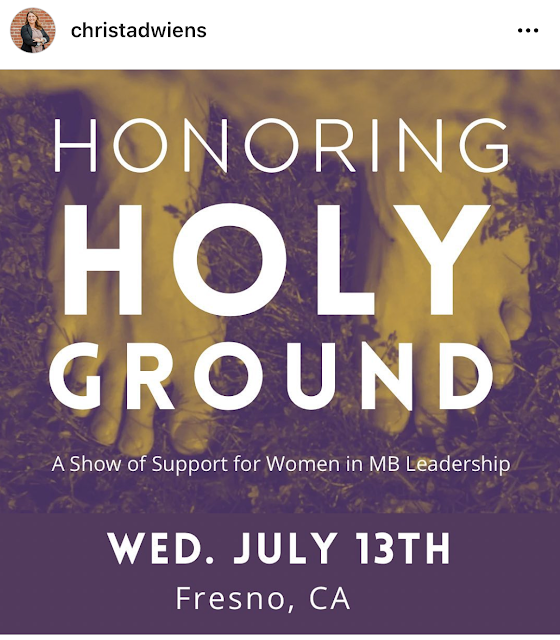 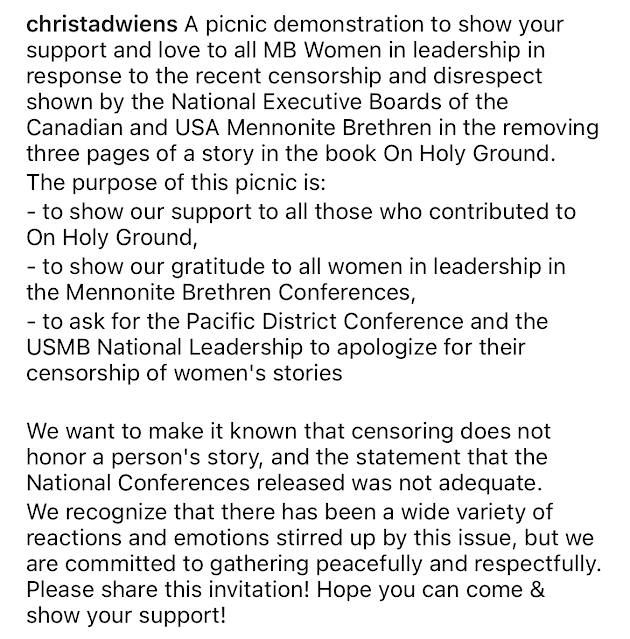 We are incredibly proud of her using her voice to stand up for what is right. 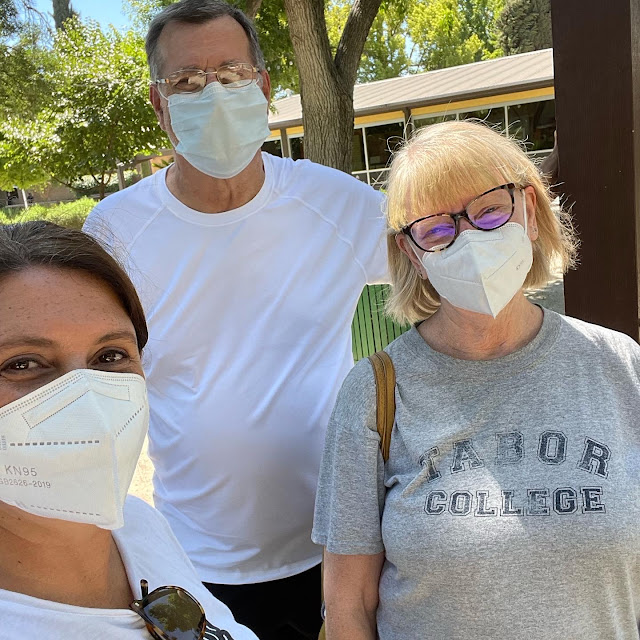