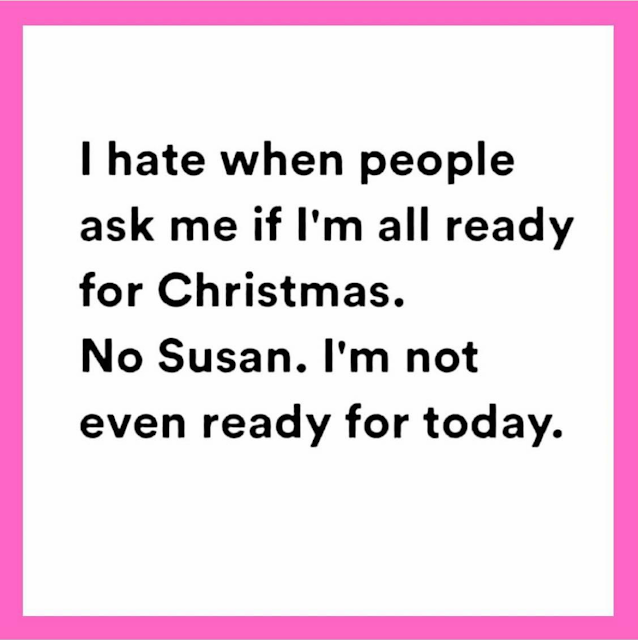 Do you feel this way too? Actually, we are pretty close to being done, which is good considering Christmas is just days away.

Last Thursday my brother flew in from Washington DC to see our father. Mark and I picked him up from the airport and he spent the afternoon at our house.  Gabe and Ella were over for a few hours and they had a chance to catch up (Aaron, Christa and the kids spent nine days with my brother and sister-in-law in the summer), although in this photo I think Jeff is actually trying to catch up on a little sleep as he had to get up really early in the morning for his flight. 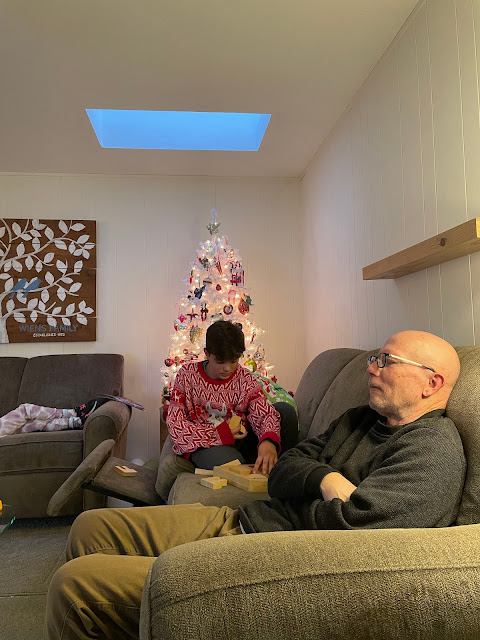 We went to Charlotte's choir concert in the evening. She is front row, far left. 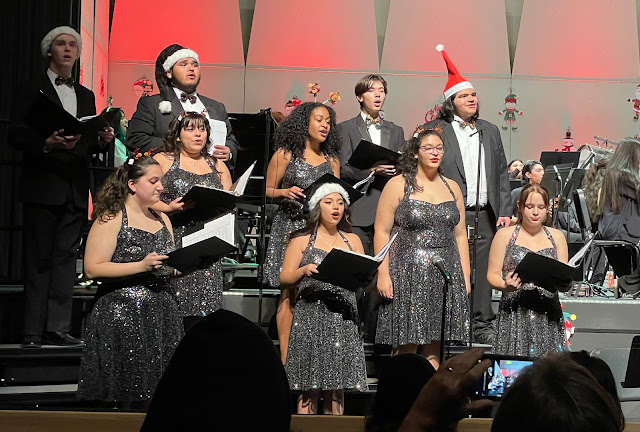 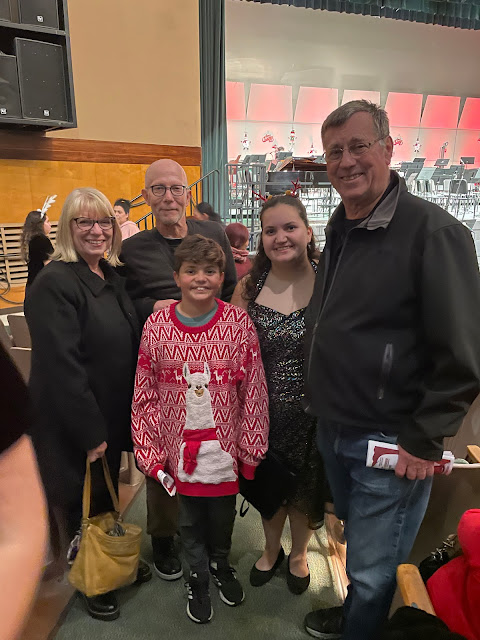 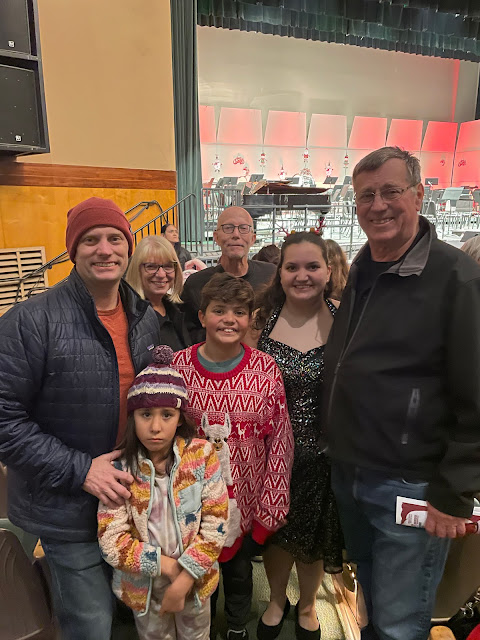 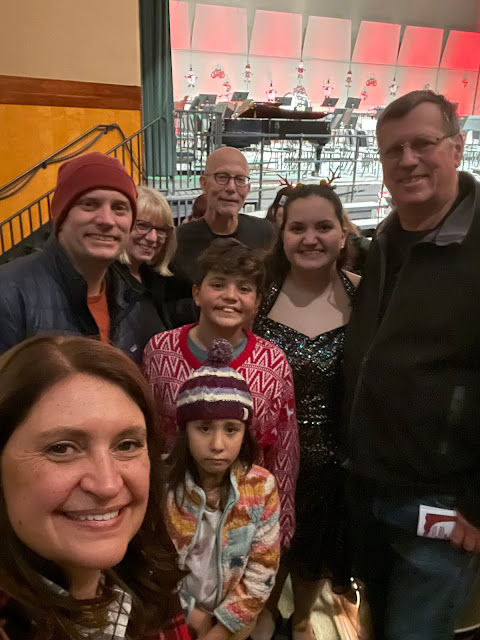 Then we drove Jeff to Reedley, about 40 minutes away, so he could check into his hotel. He stayed at a lovely historic hotel downtown called the Hotel Burgess. I lived in Reedley for four summers back in the day and never really noticed it before. It had a beautiful lobby. While he was getting checked in, I was enjoying the Christmas tree. 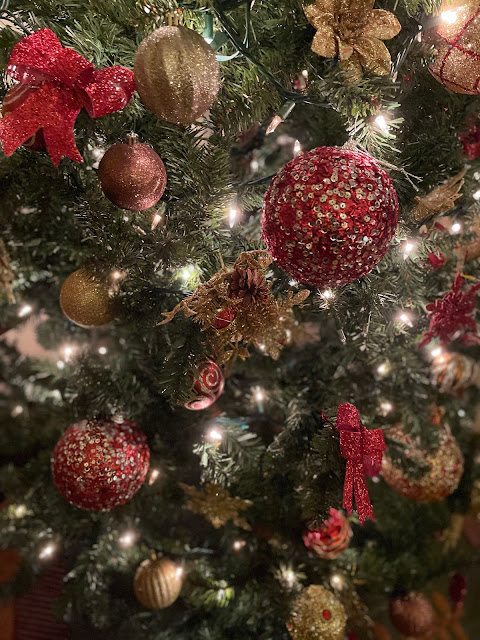 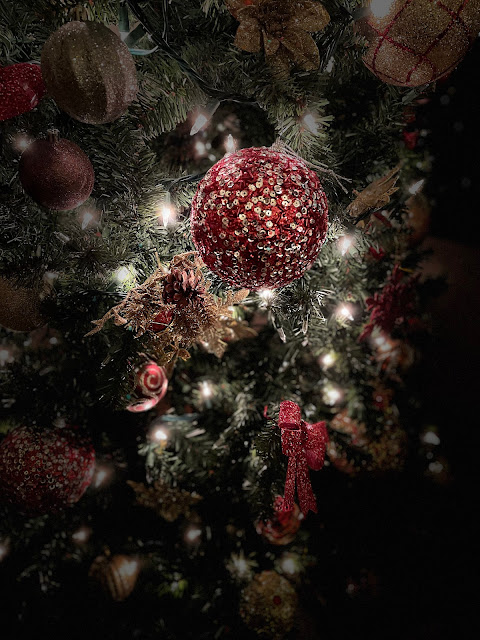 He spent two days with our dad, which is not easy. He has Alzheimer's and so of course conversations are super repetitive. But it was nice having him here and I know Dad enjoyed the time together, even though by now he probably doesn't remember the visit. 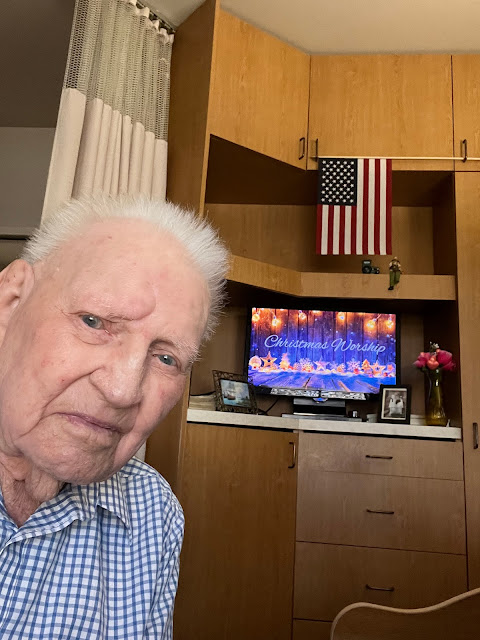 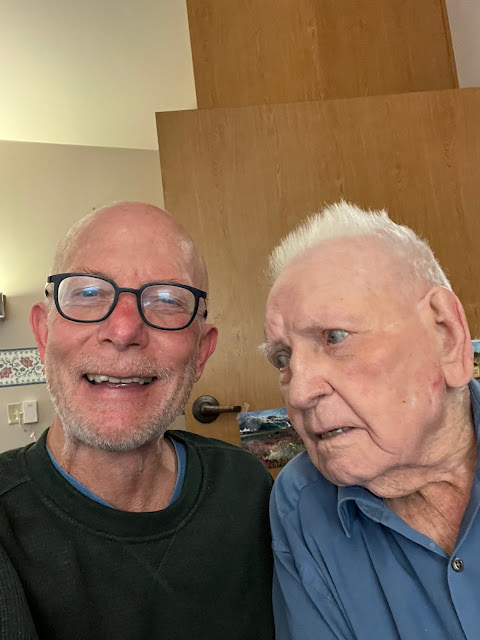 The cemetery is across the street from Dad's care facility and Jeff was able to find our mother's grave. 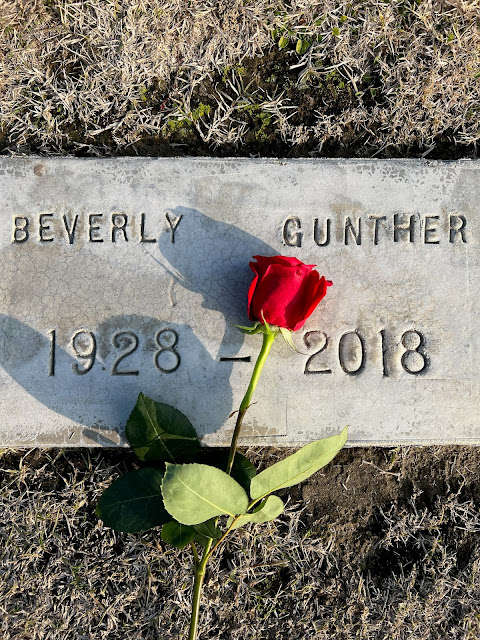 So this happened last week. The beginning of another new era. I'm happy/sad at the same time. She is enjoying new freedoms, but Mark and I enjoy being Gruber (Grandpa and Grandma Uber) as it gives us a chance for some one-on-one time, especially driving/picking her up from high school. But as they say, you can't stop progress. 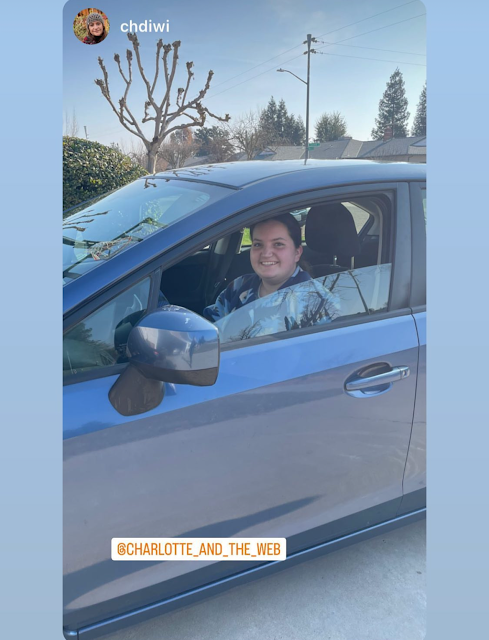 We had dinner with friends the other day. Mark and Marvin do a lot of refereeing together but it was nice to sit and visit. And they didn't even talk football/basketball the entire time! 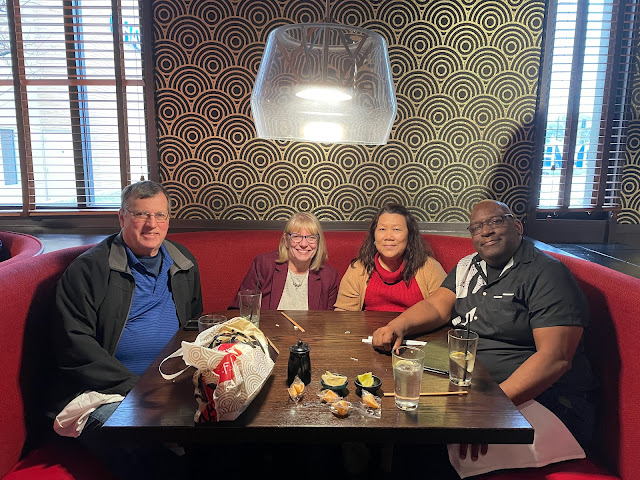 Stacie was able to come down from Portland and spend a few days, and brought along her friend, Sam (they are on the right, Stacie in red and Sam in black). It was really fun getting together with friends who are definitely family. 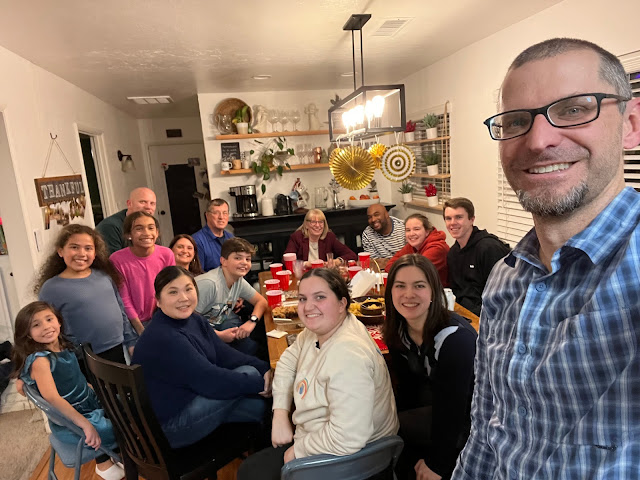 Mark's brother, Scott, sent a box of family photos and other memorabilia. Included was this picture, Mark from college days. It's easy to see why I chased him. :) 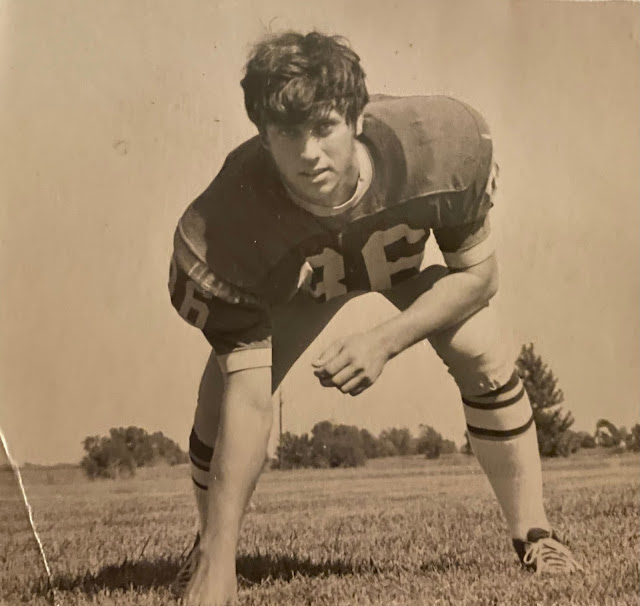 The other day Mark said if I ran a bunch of errands with him, he would take me out for lunch. We went to a new Italian restaurant in one of our favorite places, The Galleria, downtown by the civic center. It has a long hallway with restaurants on either side. I've always enjoyed going there and the hall was beautifully decorated. The lasagna was very good too--we will definitely be back. 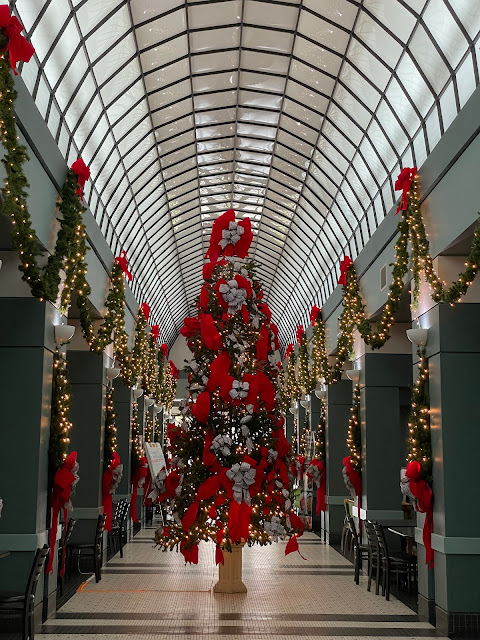 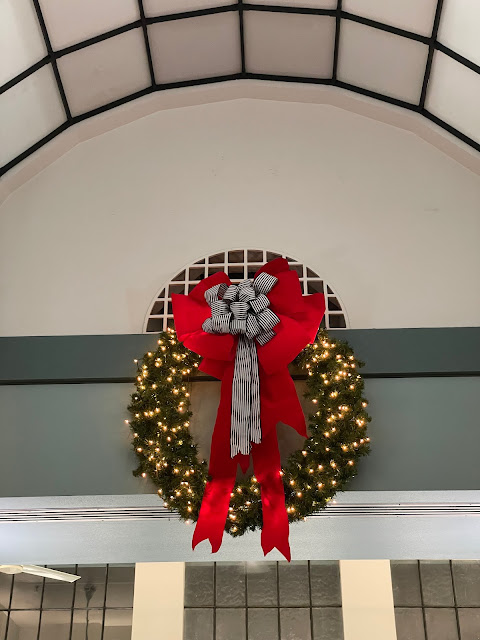 How lovely to spend time with both family and friends. That's what Christmas is all about. I just need to clean house and prep food and I'll be ready. It's -16 here this morning so a good time to stay home and do those things. Merry Christmas my friend.

Merry Christmas, Cindy and Mark. We are blessed with 2 grand babies celebrating their first Christmas - and the same family!

Haha--we had Christmas? When???!??
Just kidding. When I see that beautiful Italian restaurant all decorated, I know some festivities happened. I need a key to your last photo, when Stacie and her friend Sam were over. Who is taking the photo? Such a fun group, full of smiles.
Since I am so slow on my comments, Merry Past Christmas!