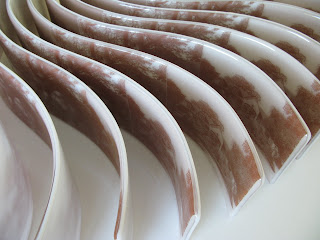 A couple of weeks ago we received a custom order from the Jacquie, the owner of Alden Lane. She was having an appreciation dinner and was interested in sending us some photos of the nursery and having them fused to glass. It is a simple process for anyone who wants to have us do this. You just need a computer and know how to email pictures. Easy, right? So here we go with pretty much the whole procedure.

1. We need a high-quality picture sent to us via email, preferably a picture with good light-dark contrast. This is one of the pictures that Jacquie sent us. It can be color, black and white, whatever. Doesn't matter. It will always end up being sepia tone, which gives the pictures a great vintage look. 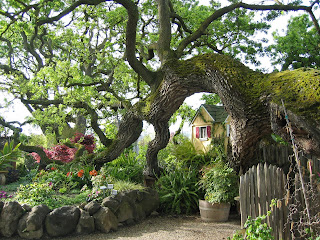 3. We make two-layer fused "blanks." (I know, this is a completely fascinating picture, huh?) 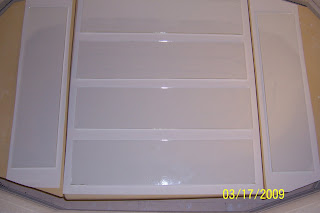 4. After the blanks have been fired and cooled down, the photocopied picture is attached to a blank. In Jacquie's case, she had three pictures she wanted to showcase, so they were placed side to side. 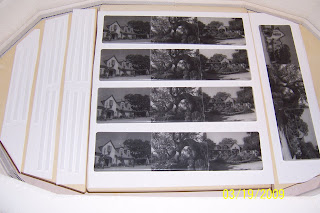 5. The pictures and glass are fused together in the kiln.

6. Because Jacquie was using these as part of her table decorations and the pictures look so much better with a little light behind them, Mark fired them again to "slump" them into an S-shaped curve on one of our fusing molds. That also allows them to be freestanding on a desk or shelf. 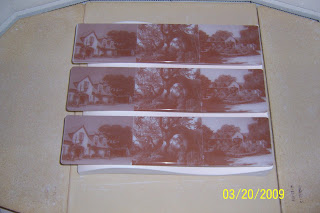 7. And here they are as part of a beautiful table, after which they were given to the volunteers who had helped her at the nursery. 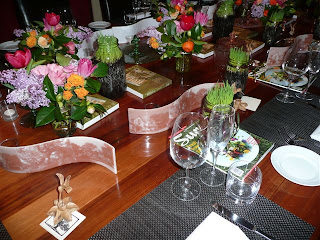 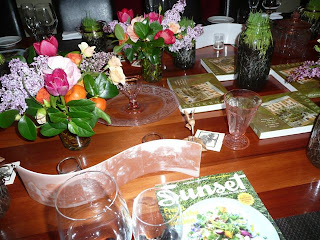 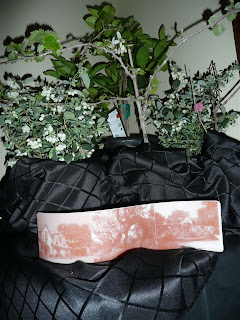 So if you are looking for a new and creative way to showcase your own photos, for you or as a gift, get in touch with us.
Posted by Live a Colorful Life at 4/01/2009

Thanks for showing that. It was fascinating!! They turned out really cool!

Cindy, these are gorgeous!

Hey, are any of these quilts yours?

What a lovely and unique idea!

Thanks for dropping by my blog :)

This is SOOOOO cool!! Debbie B

Thank you so much for such an informative piece of information :)
If anyone interested similar one's have a look here
besttoolsbrand