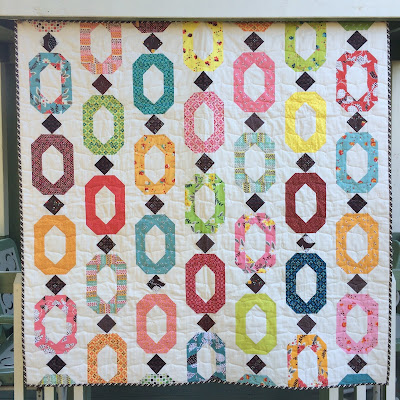 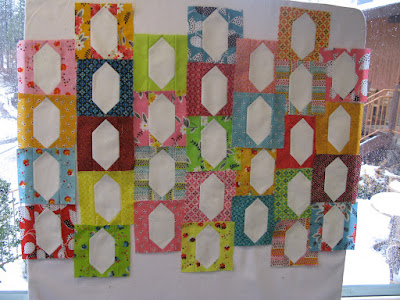 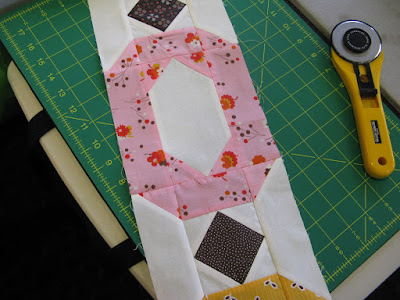 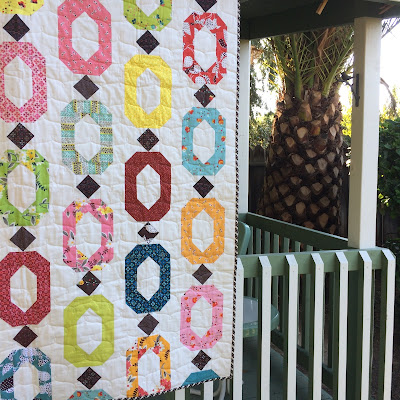 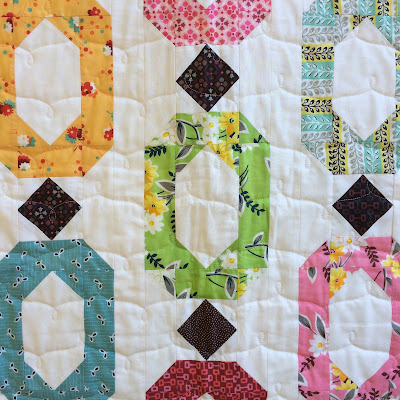 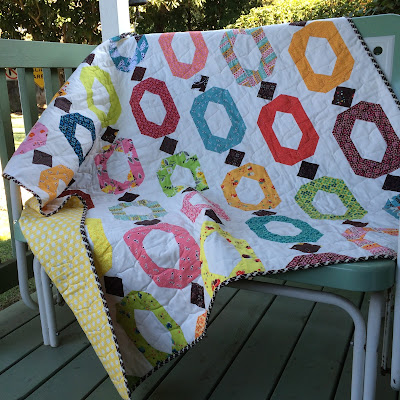 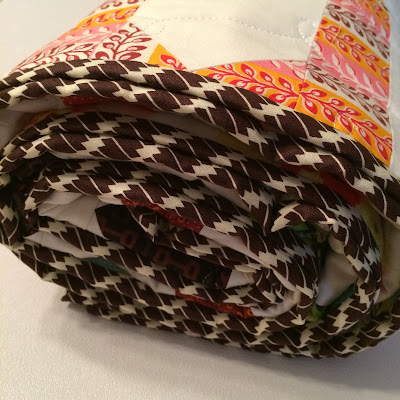 What a great finish Cindy! I hope you enjoy using it too.

It's a very pretty quilt! And it has stood the test of time! Beautiful finish!

Terrific quilt. Can you see me raising my hand for a tutorial? Love it!

You're on a roll! That is one of the prettiest collections of fabrics. I have a few tiny pieces I picked up here and there ; )
Have a lovely weekend

Fun quilt! Bet it feels great to finish it.

Beautiful quilt... love the pattern and the fabrics...great combination!

Yes, I would love the tutorial of this block!! Beautiful quilt, so cheerful !!

That's really lovely! I would love a tutorial.

I love it. It is beautiful. Unfortunate coincidence, but perhaps you both were inspired by the same antique quilt. Id be so grateful for a tutorial if you are considering it.

This quilt is so striking! Your choice for the binding is just perfect.

Fun quilt, bright colors. A tutorial would be lovely. micki@2dogsstudio.us

I would love a tutorial. Really like that quilt!

It is so pretty. And I love that you were able to finish on that has been around so long!

Love the quilt. A tutorial would be great.

Great name for the quilt. Would like the tutorial to make one for my granddaughter. Thanks

Yes please give us your tutorial. It is a long time since I've thought about pop beads.

Yay for finishing a UFO! It's beautiful, Cindy! I love that design and the fabric is so colourful and bright. I can see how it's a favourite. So glad you linked up to TGIFF!

Love the fabrics and colors!

Ah, this is one to snuggle under, and pat the favorite fabrics. I really like your construction, with a minimum of seams in the background fabric. Yes, I think a tutorial is a great idea!

What a sudden sharp memory I had when I read "pop beads". :) Love the FMF against white.

Pop Beads!! I love it! My daughters used to have a toy that looked like huge pop beads. Your quilt reminds me of those. Would love a tutorial.

What a happy quilt! Would love the tutorial for this block! We featured your quilt over on the FWFS blog! Thanks for stopping by and sharing!
-Lindsey
http://fortworthfabricstudio.blogspot.com/2015/11/fabric-frenzy-friday-features_14.html

I would love a tutorial!

Beautiful quilt! Would love a little tutorial for these blocks. Thanks for sharing.

Gorgeous! I would love to have a go at quilting one day x

Love all the color and prints. I know just how you feel about having an idea and when it sits too long you then discover someone else has already done it. Been there.