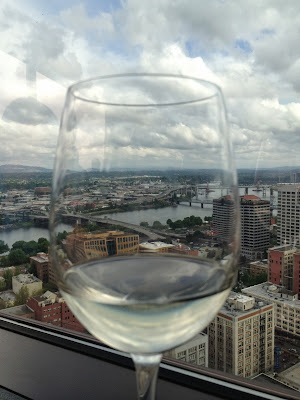 The first and the best. I'll probably never take a better wine picture than this one, so it will always be at the top of the page, unless I can take a better one. Unlikely.... Unknown Chardonnay. Portland City Grill, May 2013. 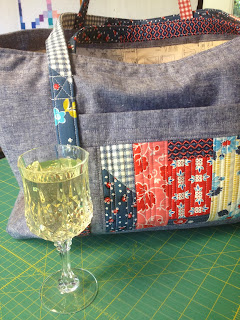 My sewing room, in celebration of finishing the sewing tote by Elizabeth Hartman. May 2013. 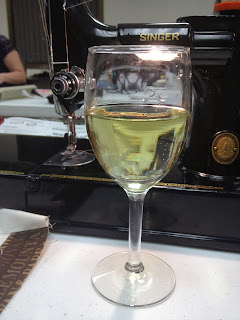 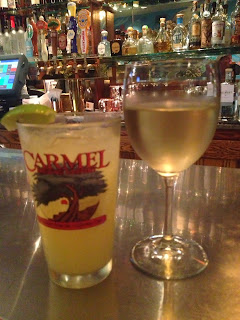 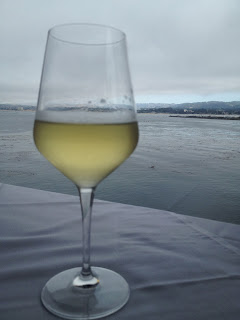 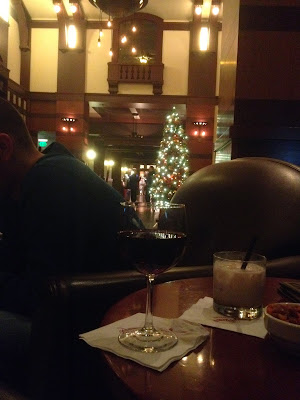 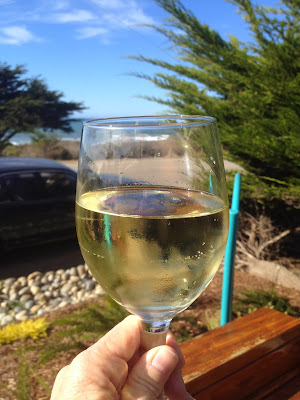 This is a fun idea! Wine around the country.

I love this! I have a wine glass next to Jannie (my Janome) in my blog header! How did you like the Cupcake Cabernet?

I am a first time viewer, so I spent some time surfing your site. Saw your blog on Crazy Mom Quilts.
I have the pattern for the bag but have not done the work...so you reeled me in..... Lovely magazine quilt. Very crisp and summery.
OH!! I was in St Louis Airport last month and wanted to get a Star Bucks Cup from there. I "let it go"....but I loved reading about the locations of your life through the mug shots!
While, I surfed your blog...I saw your wine glass gallery! I just loved it!! I had a kitchen wall cabinet fall off the wall last year, yep. The glue, or sides or whatever gave, the back was still attached to the wall....all my wedding china is now pretty little shattered pieces....no cups left, a few dinner plates survived, I saved every little shard...It was white,so maybe it can be a mosaic piece someday...like a sidewalk, or stuck to a birdbath or something, the bland white won't be very interesting ... oh,yeah....and the antique matching wine glasses broke. 35 years of no chips or broken pieces.... SO since this loud crash, while I have been traveling, when I see an interesting wine glass I have brought them home. Marshall's, rummage sales, Goodwill and thrift shops. I figure, anything under $3.00 is a good souvenir.

My Neighbor loves coming in and choosing her glass....so for her wedding I gave her a basket of mismatched glasses....I had guests this weekend, from all over the country and they love the eclectic choices. It has sure been fun collecting something that makes me smile!

Thanks for providing recent updates regarding the concern, I look forward to read more. https://wevino.store/

Hey it’s Jason with Zogby, I wanted to let you know COVID has truly changed the wine industry! Our online store has never seen so many online sales for red wine. It’s insane. According to our internal sales data, people are consuming wine + tequila the most.

There is noticeably a lot of money to know about this. I assume you’ve made certain nice points in features also. Top red wine for sale

I definitely enjoying every little bit of it. It is a great website and nice share. I want to thank you. Good job! You guys do a great blog, and have some great contents. Keep up the good work. custom liquor bottles

Just paying attention to the testimonies of former alcoholics, in addition to the ones on their manner out of the dependancy is an full-size supply of suggestion and motivation to those humans.AA Meetings