I'm going to go backwards to about a month ago when we had our family trip to the beach.

First of all, you need to know that the purpose of Really Random Thursdays is mainly to document what goes on with me and around me, my virtual scrapbook. At the end of the year, I have all my blog posts printed and bound into a book by Blog2Print. So a lot of things you see here on Thursdays are things I want to remember later on.

Mark took some pictures during our time at the beach as well, which didn't make it to the original post. We played games. A lot of games. 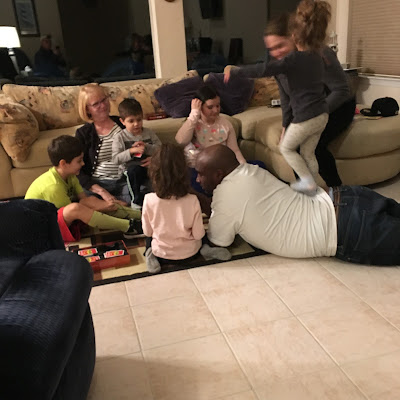 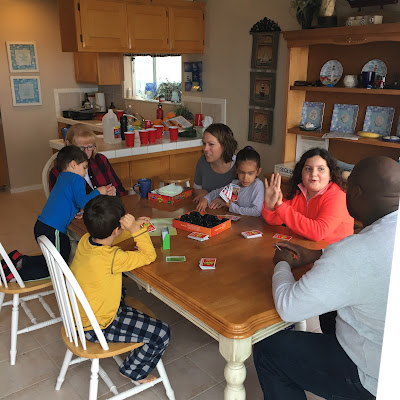 We adults played games together as well. However, those pictures are not nearly as interesting as the ones with the kids. In fact,very few pictures were taken that didn't involve kids.

Another cute picture from dinner one night. If Gabe were reading this, he would be proud of me for writing "dinner." I grew up calling the nighttime meal "supper." That just doesn't fly with Gabe. 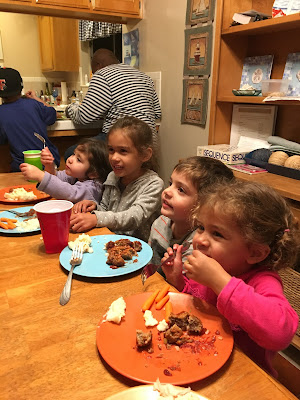 The house we stay in is a three-bedroom, with a studio apartment above the garage, which is where Mark and I sleep. There is a long flight of stairs up to the bedroom. And every morning at 7 a.m. we hear the key in the lock and the sounds of four sets of feet...and then four kids jumping on the bed.

We know they want to come wake us up every morning. That's the main reason. Of course it is. It could not possibly be that we let them each play on a device until it's time to go down for breakfast. 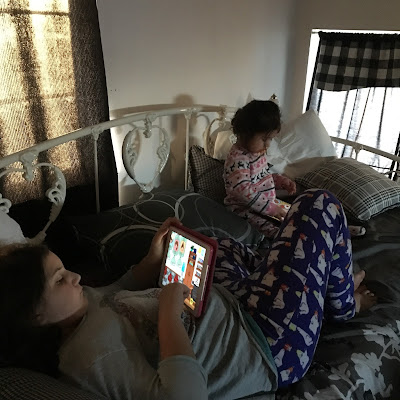 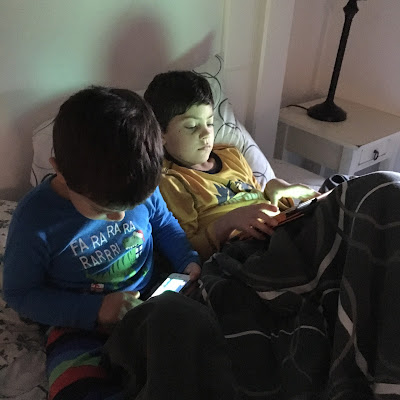 Time on the beach. 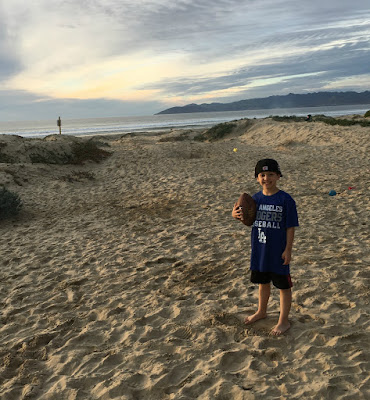 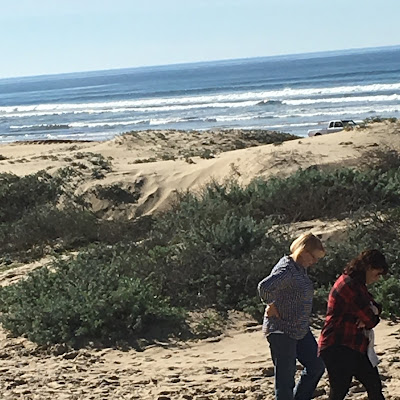 Every time Charlotte "borrows" my phone, I find the most interesting things in my photo stream. Like this series of pictures of orange things, because she knows it's my favorite color. 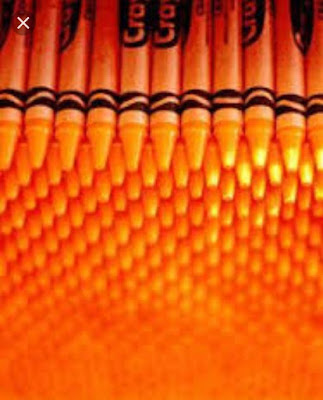 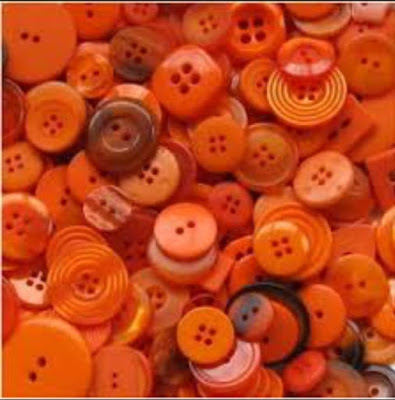 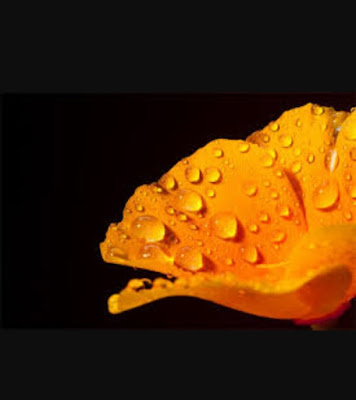 She then changed topics to spools of thread. 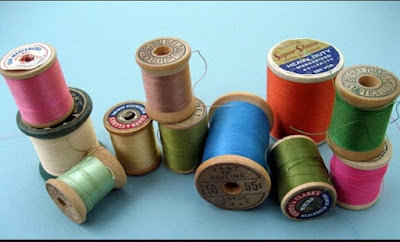 I find that at least 50 percent of the pictures she adds to my photo stream have been altered with the waterlogue app. 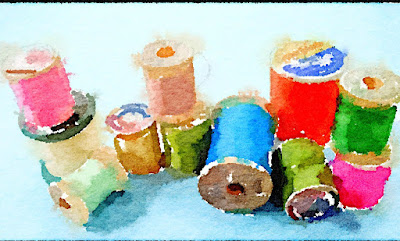 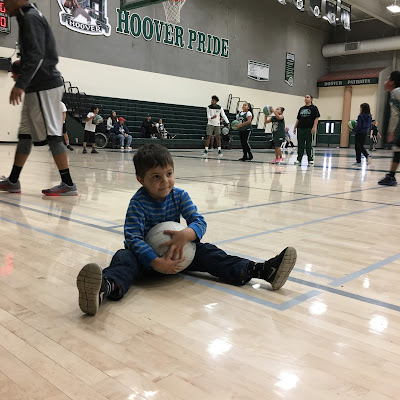 Charlotte sings in a group at school (she has such a good voice), and that group sang the national anthem at the Fresno State University girls basketball game the other day. So proud of her. 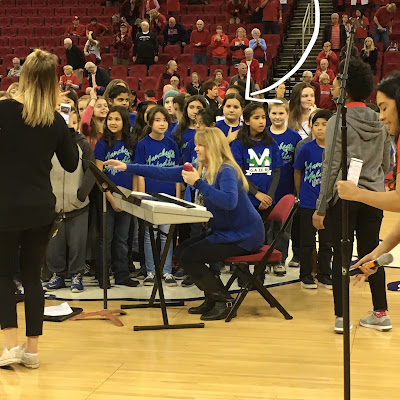 It's early in the year, and Wiens Art Camp won't be happening for another six months or so, but I already have projects planned and am starting to get supplies. Thus, this is already appropriate. 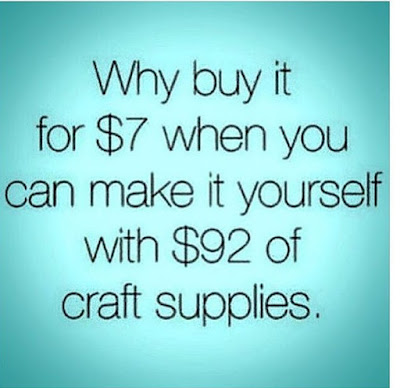 I just love how your family seems to genuinely enjoy spending time together. And that last quote? Any chance you make handknit socks? Because as an economist and a maker, I feel that dichotomy keenest when contemplating knitting socks.

It's always fun to see your family gatherings. I know that everyone looks forward to the memory making trips.

Another great chuckle - so true too!

I enjoy seeing your family times. It's not something i've ever put on my blog but then I don't have little kids int he picture at the moment. Totally relate to that last statement too. So appropriate for all form of craft.

I so love your posts, especially Really Random Thursday! Always pics to love and ideas to think about. I, too, grew up saying breakfast, dinner, and supper. Both of my parents were from Arkansas farm families, and that's what was said. It can be a shock when people say it "wrong". One of my Missouri grandsons gets quite upset when his mom (my daughter) makes breakfast for dinner. He tells her it is "wrong on all levels!" She says he may be 11 on the outside, but he's 82 on the inside.....lol

I love that we get to see fun photos of you and your grandkids playing at the beach, and that you also get a whole bunch of new orange pictures.Finally, I love that last saying-- perfect!