Do you remember when my husband, Mark, was a guest blogger? He analyzed the many acronyms he reads in quilting blogs. Well, apparently he has more to say. So I wanted him to have a "handle." He comes from southern Minnesota, close to the home of Little House on the Prairie. In fact, his brother, who lives in The Cities (Minneapolis/St.Paul, for anyone not familiar with Minnesota...), often mentions going "to the prairie," where they grew up For the longest time, I kept thinking, "You're going where exactly?" 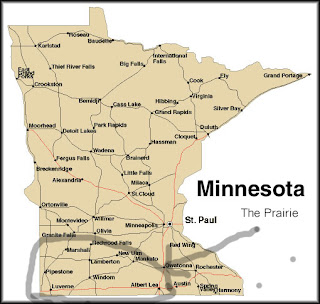 (It must be painfully obvious that I have barely started my Photoshop Elements 8 class. Ignore those two random grey dots...)


So we tossed around a few names. He was partial to his college football number, 54. Thoughts from 54. Um, maybe not. 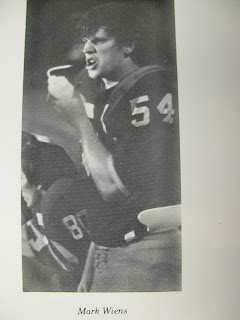 I suggested Thoughts from the Prairie. And then got really excited when I came up with Prairie's Home Companion. After all, he is from the prairie, and he's my home companion. Not to insult any Garrison Keillor fans out there, but Mark is NOT a fan of Prairie Home Companion, so that suggestion totally did not fly with him. He finds PHC (throwing in that acronym, just to keep you all on your toes) a little too realistic, and therefore not so funny.

You know the saying "you can take the boy out of the country but you can't take the country out of the boy"? Completely true in this case. So may I introduce a guest blogger who will intermittently have thoughts on various quilting topics: the Minnesota Hayseed Psychologist (because you learn many of life's important lessons by growing up on a farm), also known for his now-and-again photography series, Driveby Shootings.

Where is all this going, other than an introduction?

I received this email today from him:

"Subject: Oprah and I have something in common.
I just realized that Oprah and I have something in common. We both started on a new adventure in 1986, we have both been doing the same thing for 25 years (Note: Mark has been designing kitchens and selling  cabinets with the same company since 1986). The only difference is that she has  made a little more money and is having a little bigger celebration for her 25 years than I will. Anyway, no wonder Oprah and I are so tight."

What?? You're not giving away an entire kitchen full of cabinets to everyone in my reading audience??

He definitely needs one of these mugs: 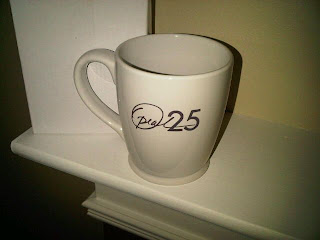 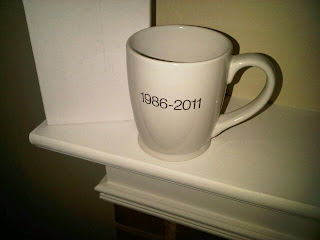 Do you think he would mind if we start referring to him as MHP?

I'm spending the weekend in a sewing frenzy. What about you?
Posted by Live a Colorful Life at 5/20/2011

I love when you share husband stuff on your blog, he must really be a hoot, because these posts always crack me up. I love MHP - I think that's a fantastic name for him to go by on your blog :) And yes, I'm sewing up a frenzy this weekend, trying to quilt and bind two toddler quilts, all the while finding out I've got another unexpected baby quilt that needs making ASAP!

That's funny and it's so good that your husband has a sense of humor.

Have fun sewing. I will be on a sailing race this weekend.

That is too funny! Mu husband had a van in the 70's and his handle was "Green Bean", his van was green.
I am hopefully gardening this weekend as it has rained all week.

Happy Anniversary, MHP!! I'm looking forward to future guest posts, now that you have an official title. You'll probably have plenty of opportunity, too, as Cindy seems to have lined up an awful lot of other things to do!

Keep me posted on that "frenzy", Cindy!! And I'll keep you posted on mine. ;)

P.S. Just a question on your title, MHP... Does this mean you provide psychological services to MN hayseeds?

I'm not sure about this, Cindy. I thought we quilters quilted for therapy so don't need a psychologist. Perhaps, Grandma G is correct in thinking the help is for MN hayseeds.....like the blind leading the blind, huh? Smiles!!

You're too funny! I'm spending this weekend catching up! I'm so behind!

That was totally funny, especially your mad Photoshop skillz.
I need to sew this weekend, but the garden is full of weeds, so I'll be dividing my time. Plus, I really want to buy my new bike this weekend. Hmm. Hockey, too. GO CANUCKS!!!!!

Any more drive by lawn paintings?