Random Thoughts on a Random Day

It's not Thursday. But I'm going to be gone for the week, so here is some randomness before I leave. I'm sure you are thrilled.

While our son and daughter-in-law were in New York City for a week, and four grandchildren were here for the first four days of that trip, we had "art camp" and I wrote about that here.

However, there were lots of fun times besides art camp.

My parents have a favorite donut shop. So one morning we met them for donuts. 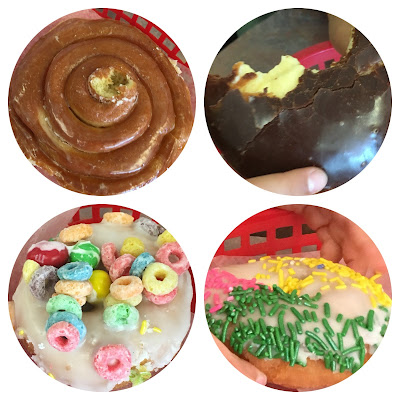 Somehow Charlotte found a picture function on my phone I didn't even know existed (she did the one above, with all the circles), and as I scrolled through my pictures after the kids were gone, I found all kinds of interesting pictures. 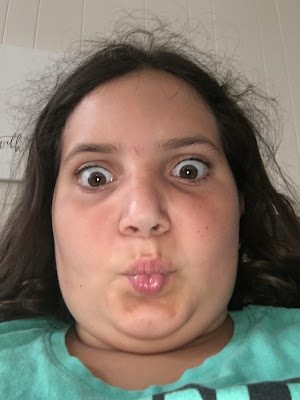 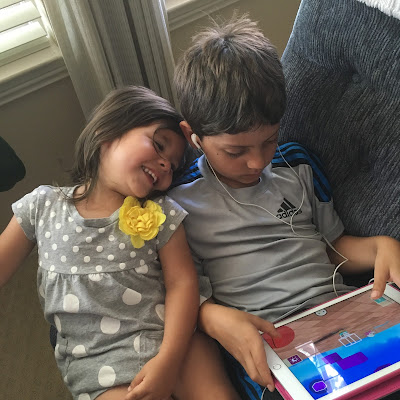 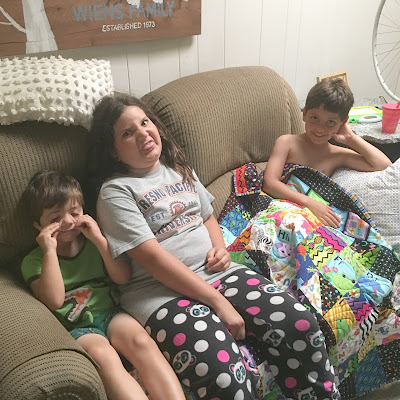 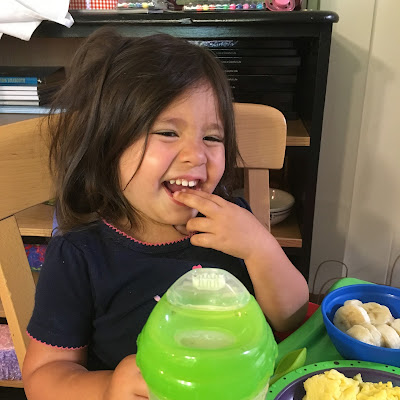 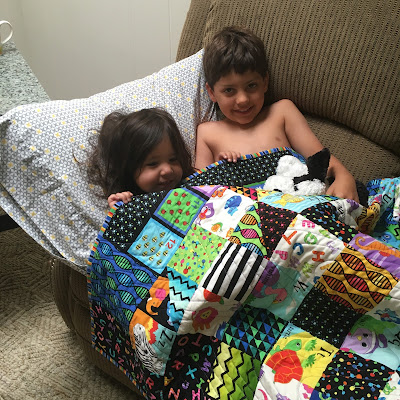 Levi built a new toy for Ella. It had two pages of instructions. All I did was hand him a Phillips screwdriver. 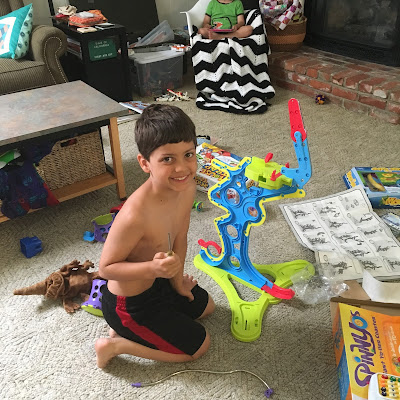 Did I mention that Charlotte became my personal barista? Wow, do I ever miss that perk. Haha, do you see what I just did there?? 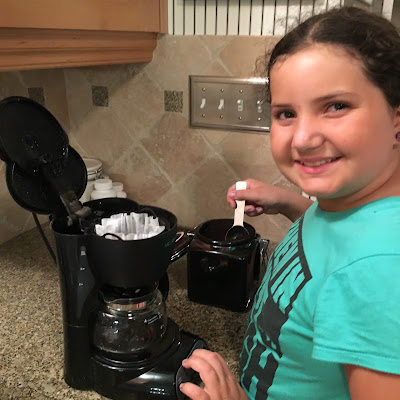 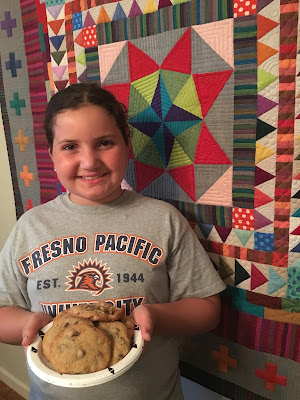 The last night they were at our house, we went to the zoo for supper. Our zoo has an amazing African Adventure section, and so you order your meal, sit outside and gaze at the animals. It's really quite phenomenal. 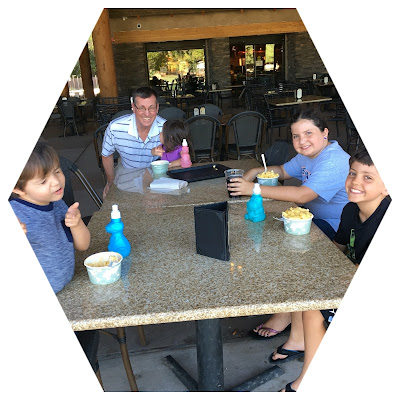 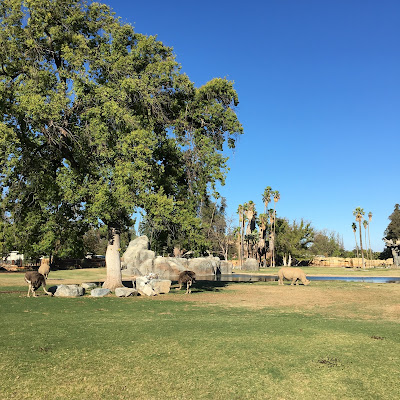 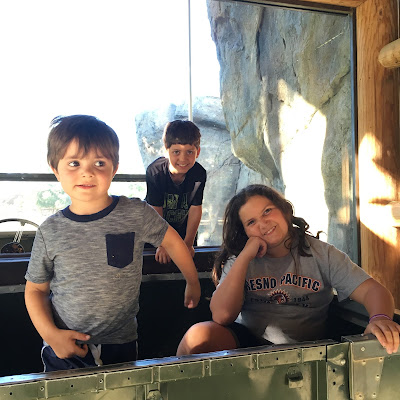 Mark bought a beautiful bouquet of flowers for me. I used the "watercolour app" on my phone and the picture of the flowers went from this 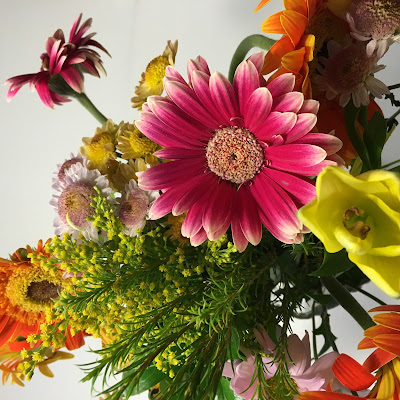 to this. Isn't that cool? 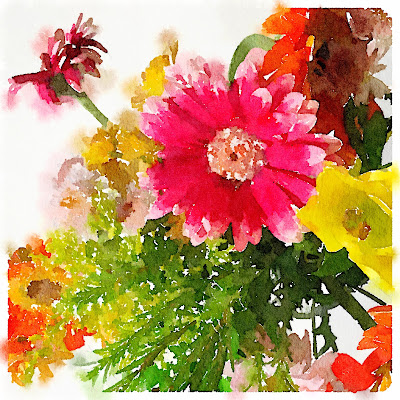 Aaron and Christa brought me a NYC Starbucks mug as a souvenir. They know me so well. Look at the cute little yellow taxi. :) 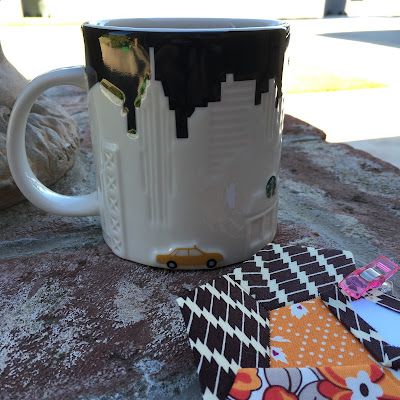 My good friend, Deborah, celebrated a birthday. Remember a couple of weeks ago when Mark and I went on the train with the rest of the family to have ice cream? Three of us celebrated Deborah's birthday, taking the train and having ice cream. Deborah ordered a banana split. 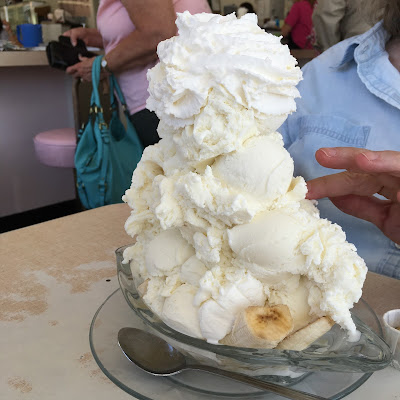 I'm not a huge ice cream fan (I know, that seems weird) so this is what I had. 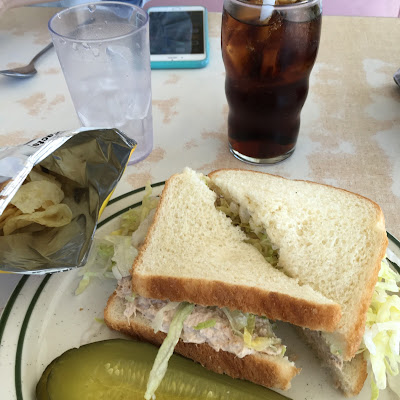 Here is a question I like to ask: who is the musician you would pay the most money to see in person? My number one choice has always been James Taylor. Mark was the first to read that he was coming to town and we I grabbed tickets as soon as possible. The concert exceeded even my high expectations. We had great seats but even so, it was nice to see a close-up on the jumbotron. 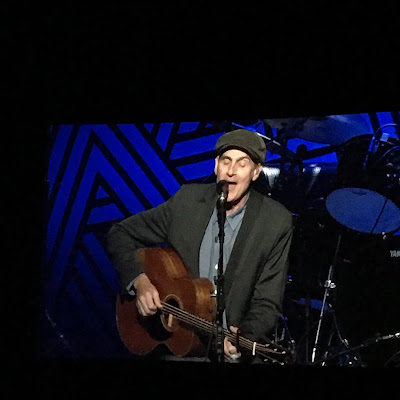 This is the first time I have ever purchased a fan t-shirt. 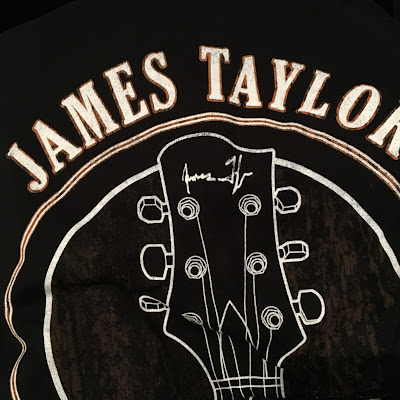 So the grandkids had told me about a donut shop in town called Fantasy Donuts. We made an expedition there the other morning. It was already 10:30 so all the really "interesting" donuts were already gone. Although there were still some with "flaming cheetos" on top. Go figure... 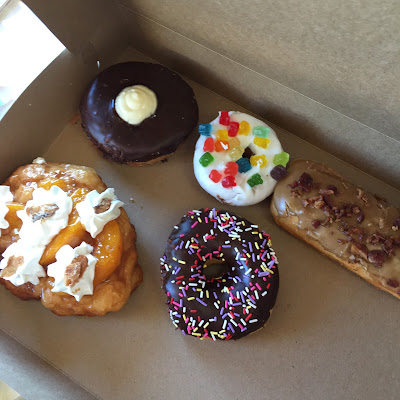 Ella loved her chocolate donut. Or maybe I should say, the chocolate loved her. 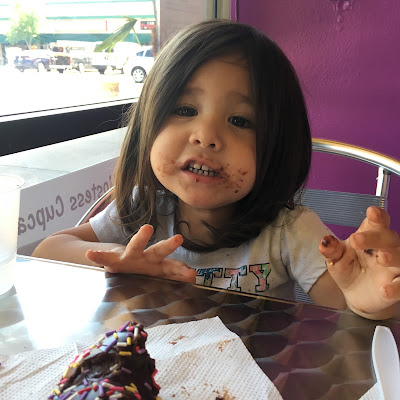 I love all things Pantone (with the exception of the two colors they chose for Color of the Year 2016). Did you know this? 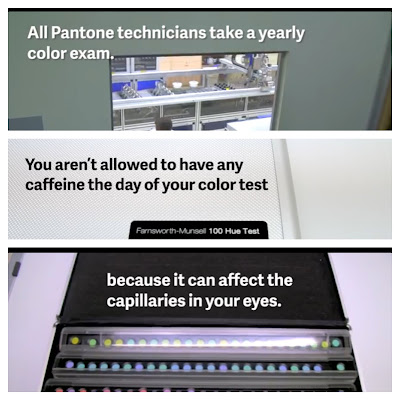 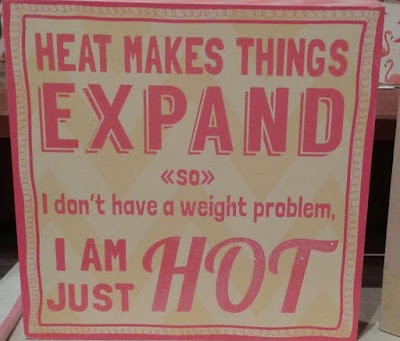 Ah, I always love your random posts. It just looks like you know how to have fun. I'm totally jealous of that dinner at the zoo possibility and don't even have kids to use as an excuse to go. Hope you have a wonderful trip.

Your random posts always put a smile on my face. Who knew donuts had such a life???? Cute. It looks and sounds like the children had as much fun as you did. We all need grandkids to show us our phone features.

So glad to hear that I am not the only person in the world who is not an ice cream fan. Your sandwich (AND PICKLE) looked much better to me too.

Ooh, I saw James Taylor a few years ago ... Oops, that would be *quite* a few years ago ... Like, um, 15. Yikes. Anyway, almost the best show ever. So, so, so good. Waaaay better than Britney Spears, but not as good as Reba McEntire or Harry Connick Jr. I had to give you those comparisons in honor of Totally Random Thursday, as in, the concerts I've gone to have been Totally Random.

I loved this post! I love random things. It was SO great to spend several days with you. I'm so grateful that we have the chance to do so every year. Thanks for being such a good friend! xoxox

You are such a cool grandma . . . lucky lucky grandkids and Charlotte is getting enough to be your assistant now. Next year she can just take over while you watch. These random posts always make me laugh at some point. This time it was the HOT sign at the very end. Exactly how I feel and it's not nearly as hot here as there.