While I was at the quilt retreat, Mark was busy with other things.

He spent a couple of days with his brother, Leon, in St. Paul. They went to a Twins/Yankees baseball game. 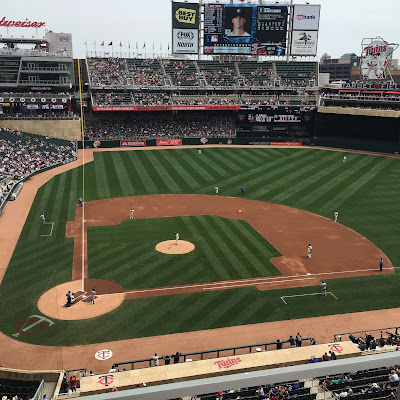 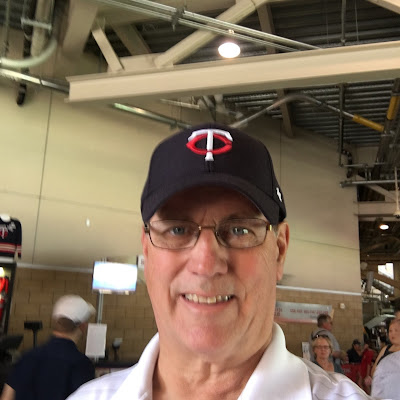 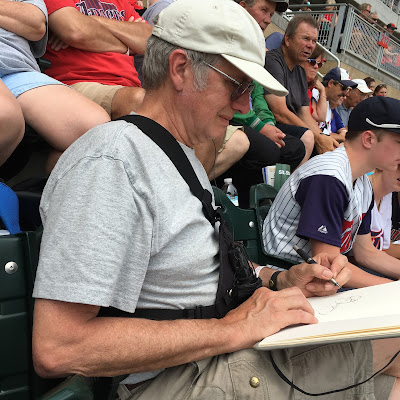 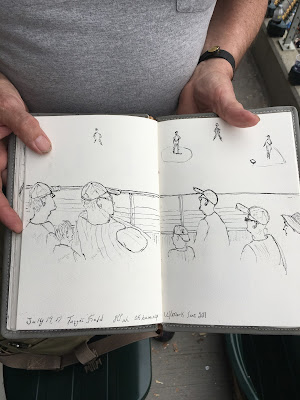 Best chips in the world--Old Dutch. 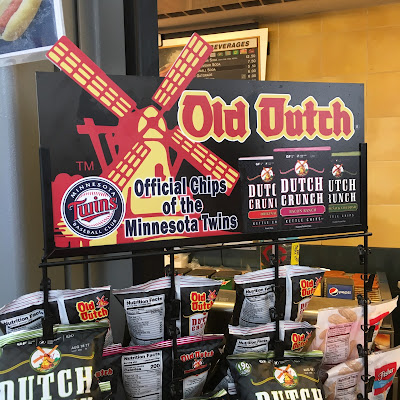 Along with assorted other Minnesota classics. 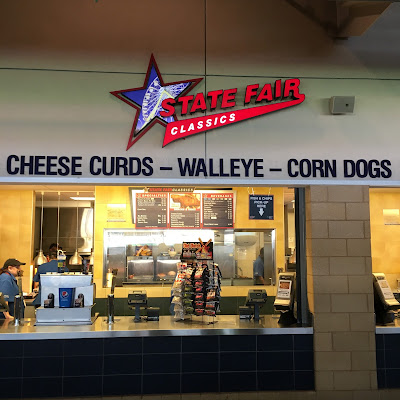 They passed the new home of the Minnesota Vikings--also where the Super Bowl will be played in 2018. 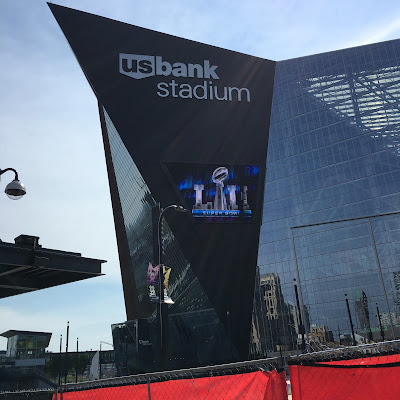 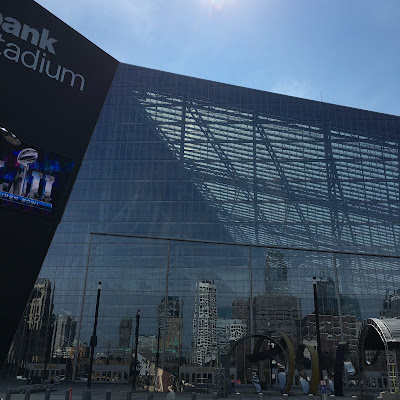 After the game, they went to see Jessica, a niece who works nearby. By total coincidence, they ran into Christina, Leon's daughter, who was getting out of jury duty at the same time. 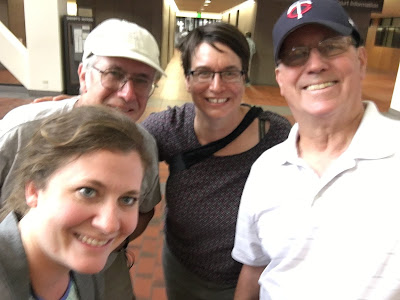 Jessica, Leon, Christina, Mark
Another brother, Scott, collects antique tractors. Mark still wishes he could drive a tractor around, but at least he had a chance to sit on one. It's hard to get that Minnesota farm boy out of your blood... 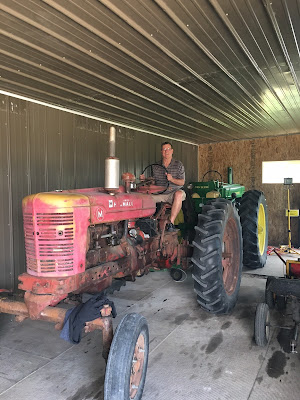 Mark's next stop was in southern Minnesota, Butterfield, where he grew up. He had lunch with good friend, Dan. 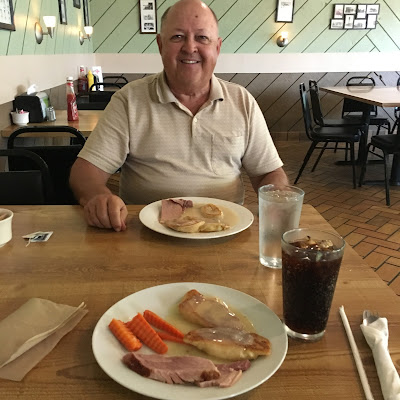 And had a golfing date with Dan and another good friend, Roger. 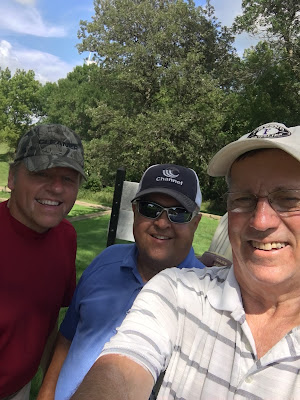 He also spent some time at Roger's farm. 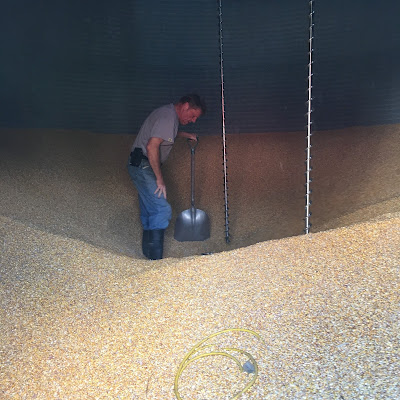 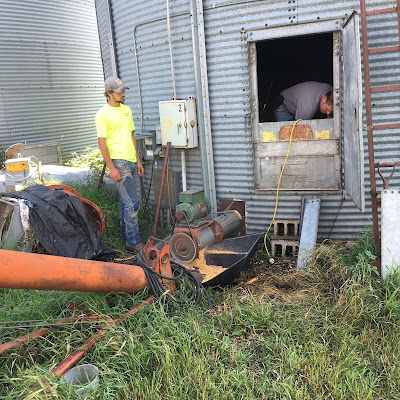 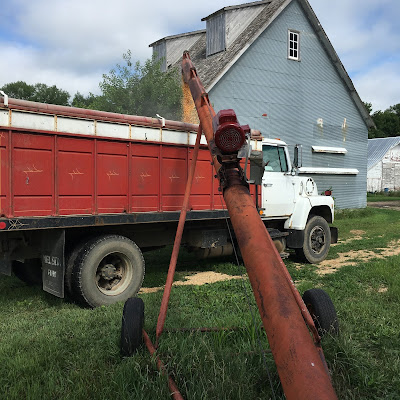 Mark came and picked me up from Gruber's at the end of the week and we headed to northern Minnesota. To be continued...
Posted by Live a Colorful Life at 11/16/2017

Leon is a talented artist, great sketch. Now, about that walleye at Target Field.... I'm going to have to "Just say 'no'." Ha-ha.