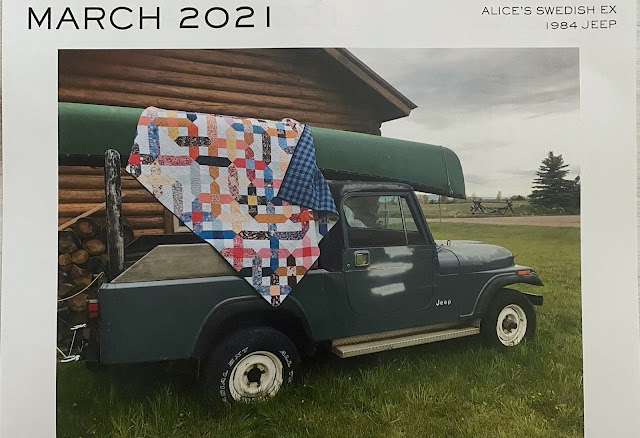 This is possibly the vehicle that brings out the most sentimental feelings for me. It belongs to Mark's brother, Pete, and memories of Pete and his Jeep go back many years.

Aaron is probably 7 or 8 in this picture. Pete used to come down from Oregon and stay with us for weeks at a time. We were his base camp and he had many outdoor adventures in this Jeep. 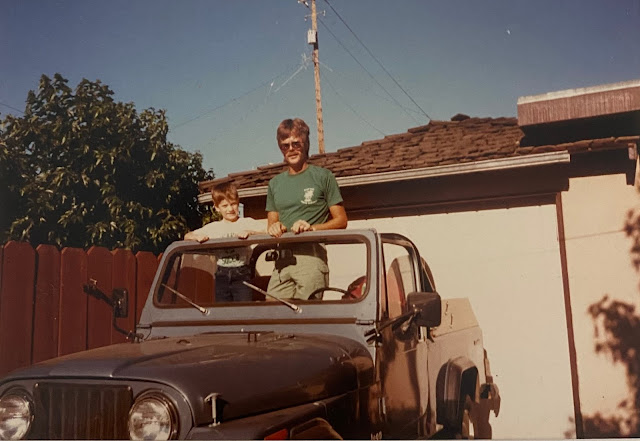 When we planned our trip to Yellowstone three years ago, I was just in the beginning planning stages of this calendar. We were going to spend some time with Pete and Jane in Driggs, Idaho, near the Grand Tetons. I asked if he still had the Jeep. He said that he did, but it wasn't running...and also had a canoe stored on top of it. No problem--it would add interest.

I had the best time photographing Alice's Swedish Ex with this Jeep. 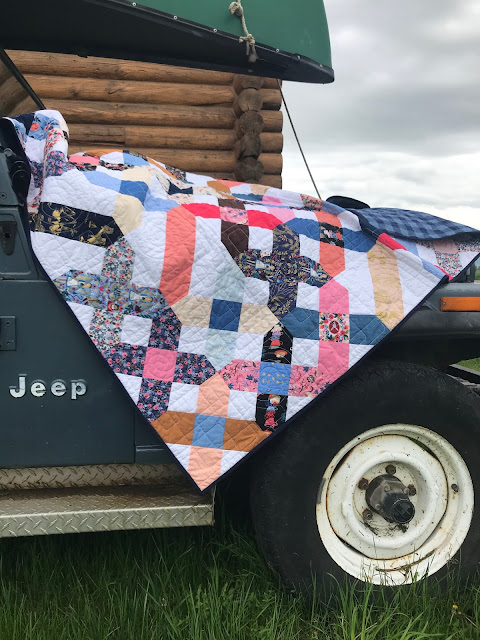 Pete didn't even mind helping with the staging. 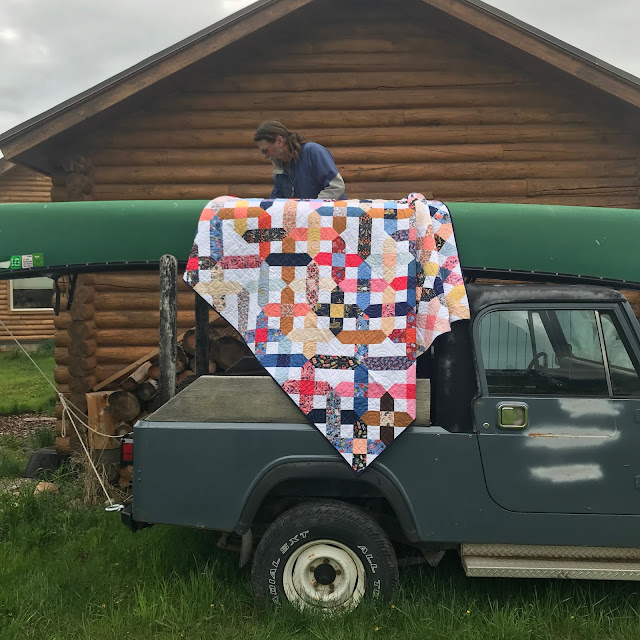 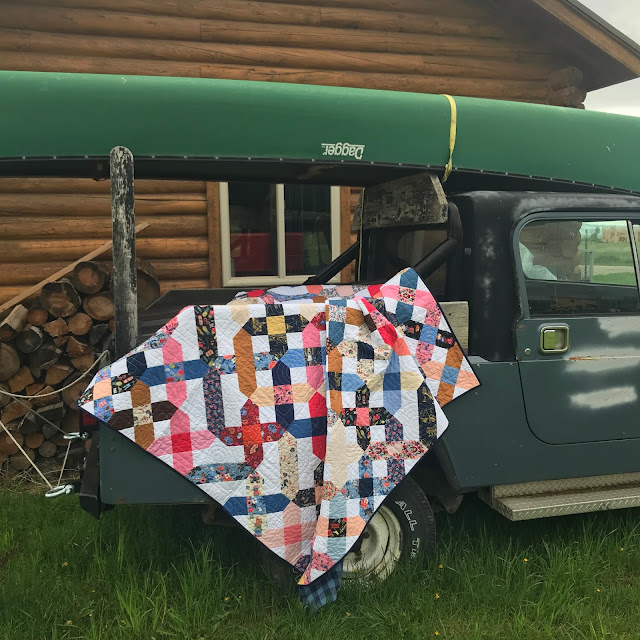 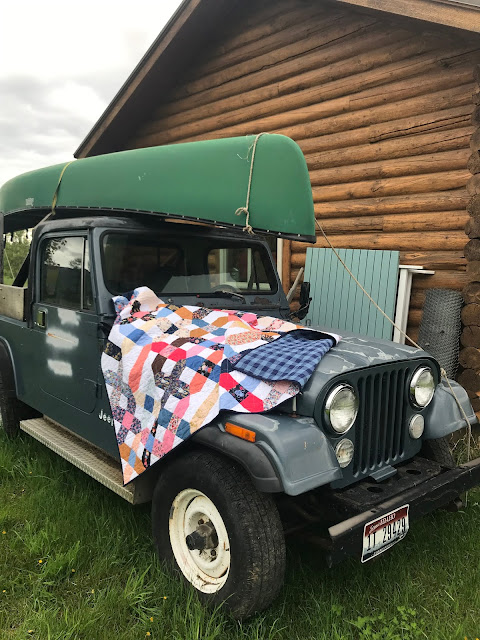 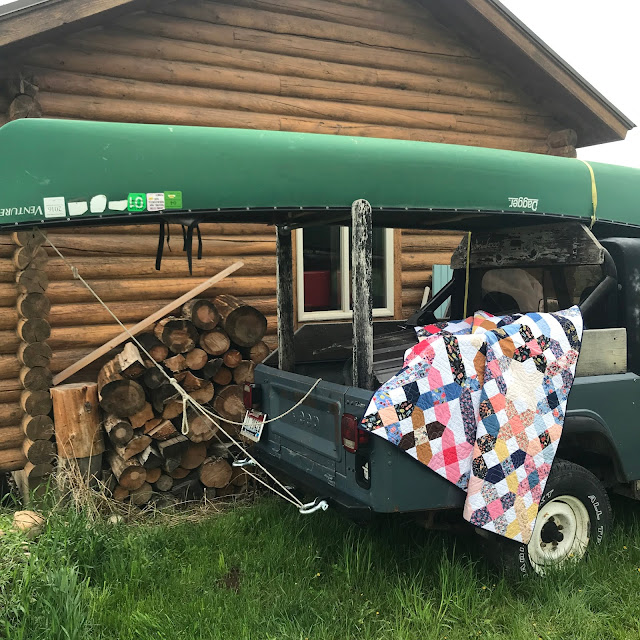 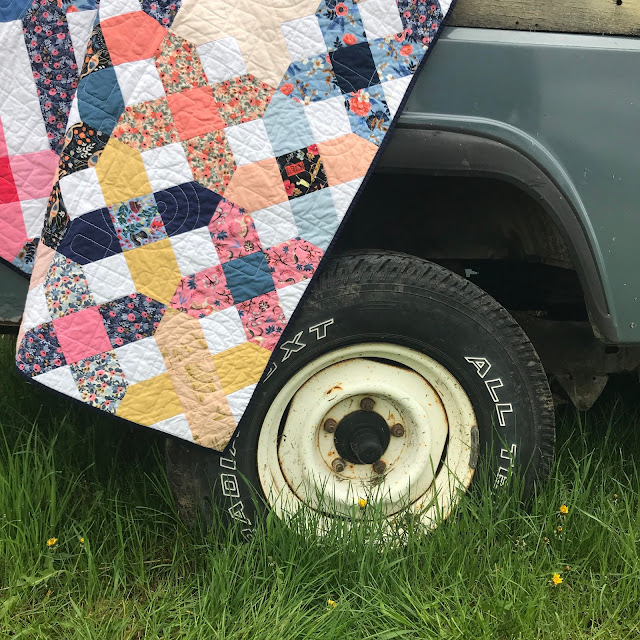 One of my favorite pictures of the whole shoot. 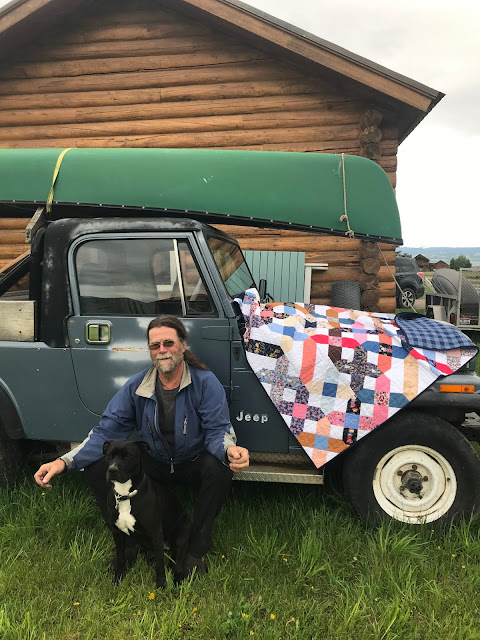 Alice's Swedish Ex is the second version of a quilt designed in 2016. The original was done in solids and named My Swedish Ex, as most of the blocks are X's and I got my inspiration from a small piece of art that I saw at IKEA. Alice's Swedish Ex was the first version made in prints using a charming line by Rifle Paper Co. with prints of Alice in Wonderland.
Alice's Swedish Ex has had a few other fun photoshoots. The next two were taken off the coast of Monterey. 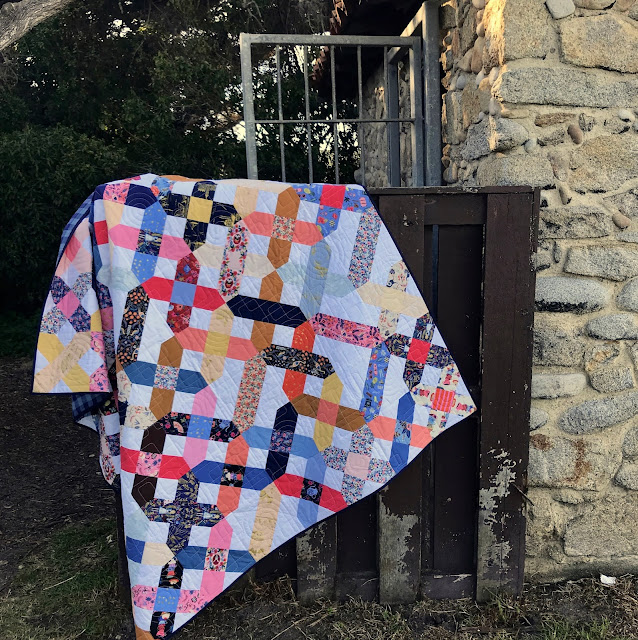 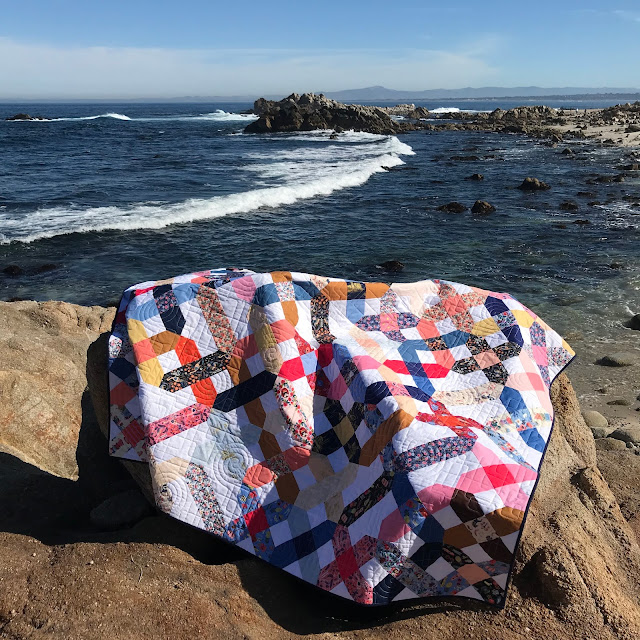 The next three were taken at Huntington Lake. 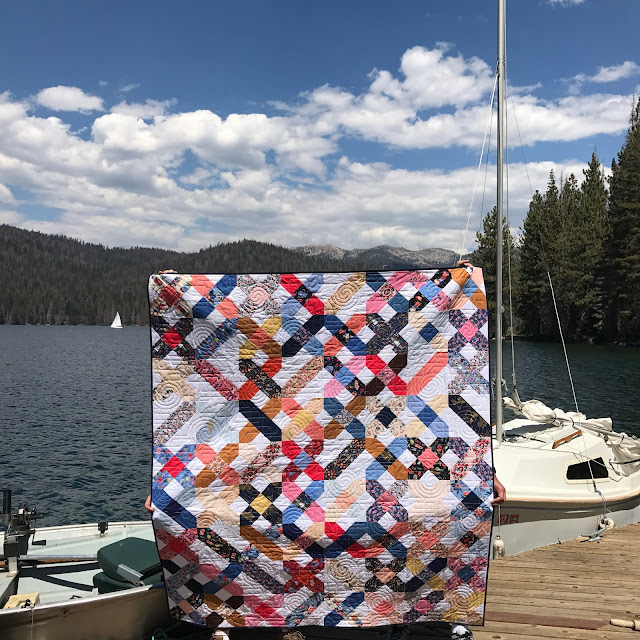 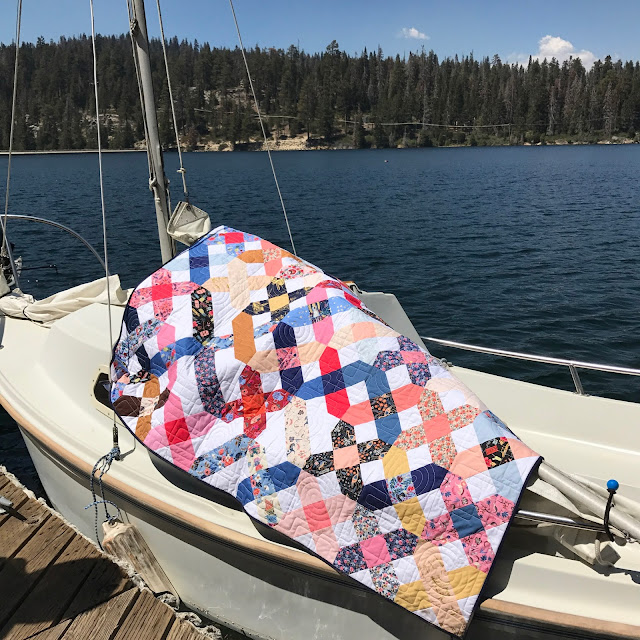 It's fun having a kayak named after me. :) 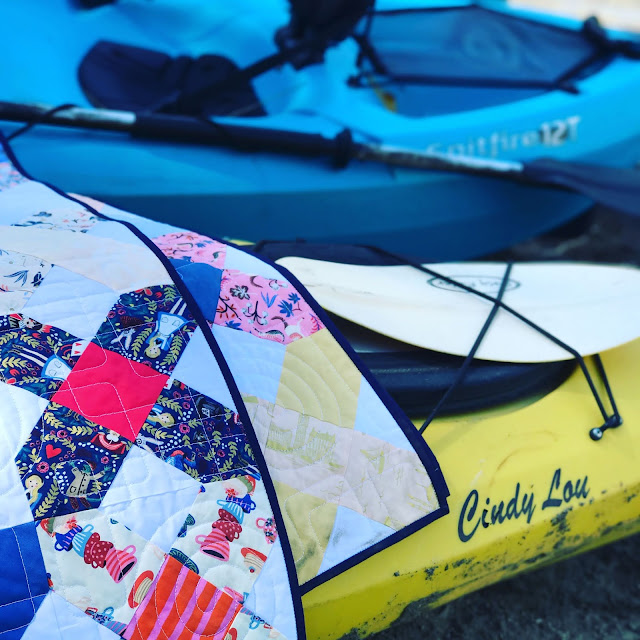 Pete's Jeep provided the perfect backdrop for this quilt and added even more special memories.
Posted by Live a Colorful Life at 3/01/2021

Great final choice for the calendar. I'm glad you're sharing the outtakes because I love seeing all of them. And all the other settings too. I think quilts in the wild are some of my favorite photos. Need to get out myself and take a few. Several finishes that I haven't shared at all anywhere.

Love all the photos of the quilt and the scenery included. Also how the name came to be. I think the photos with the Jeep keep the interest alive. I admire your focus on the end goal and taking photos where and when you could.

How did you ever choose just one photograph for your calendar? It's fun to see the outtakes on this quilt, and to get the backstory of Pete's Jeep. I also liked hearing more about Alice's Swedish Ex, so thank you for that, too! Such a gorgeous quilt, with wonderful quilt. Bravo!

I am so enjoying using your notecards! This one went to my SIL, novice quilter, as a thank you note. She is an outdoors woman, so the canoe added the icing on the cake!

Alice's Swedish Ex sure gets around! You know your stuff, the Jeep and all that went with it were a fabulous setting for this quilt. Contrast between old and new, and yet they look like they belong together.