This is a little story about what happens when art brings people closer together, people who would otherwise never have a connection.

My brother-in-law is a fascinating person. Mark's older brother, Leon, lives in St. Paul. He works at the Science Museum of Minnesota (and if you EVER have a chance to visit, it is highly recommended). You know all those hands-on exhibits? The ones where an excited 10-year-old boy will pound on button like 100 times in a row, and then move on to the next exhibit and hit another button 100 times? Leon is one of the people who makes sure those buttons, bells and whistles keep on working...for the next little boy or girl in line. They get lots of amazing exhibits at the Museum--Dead Sea Scrolls, dinosaurs--he works with all those things too. 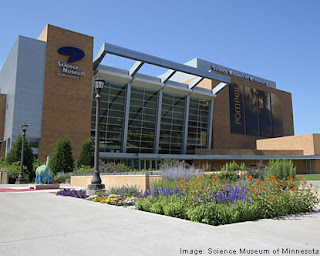 Mark can remember when they were growing up on the farm in southern Minnesota and they shared a bedroom. Leon was the one who took apart radios...to modify them and make them better. Like being able to turn the radio on and off while you stayed in bed because it was a gazillion degrees below zero in the winter. Brrrr.

Years ago, Leon started journaling. For all I know, he has been journaling his life long before I ever met him. He never goes anywhere without his pen, paints and journal with watercolor paper. He has been making his own watercolor journals. When I say "making," I mean he picks up interesting old books, rips out all the pages, becomes a bookbinder and adds his own favorite watercolor paper.

Last summer (2011) when I went to Minnesota for a quilting retreat, Amanda Jean and Terri dropped me off after the retreat at Fleet Farm (I kept thinking they were dropping me off at the "Flea Farm". Huh?). Leon and my sister-in-law, Sharon, were meeting us at Fleet Farm, so I could spend the night with them and Leon would drop me off at the airport the next morning. Terri lives in a town in Wisconsin that Leon always passes through on a bike trip he takes every summer, from Chicago back to St. Paul.


Terri is also an avid watercolor artist. I thought to myself how awesome it would be for her to have one of Leon's amazing watercolor journals. This past July, Leon and I talked about it, but then it kind of drifted out of my mind. A couple of weeks ago, this arrived in the mail. 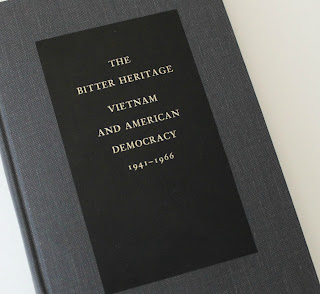 At first I couldn't think why he would send me a book about the Vietnam war, even though he was a veteran.

Then I opened it up. And I realized what I was holding in my hands. And then my eyes started getting misty. He had made this book specifically for my friend, Terri, to hold whatever works of art she would draw on its pages. 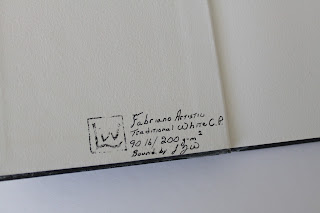 As I turned the book over and over, I realized what an amazing work of art it was, even with all those blank pages.. 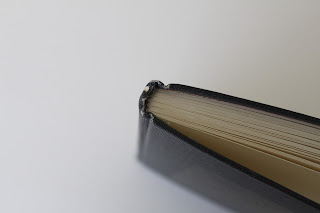 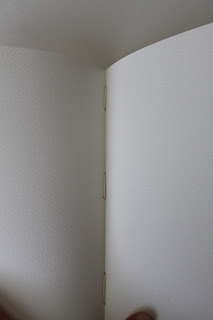 Can you see the hand-sewn pages? 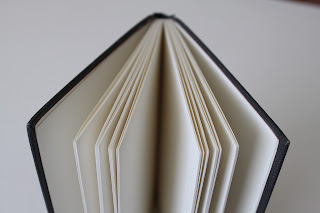 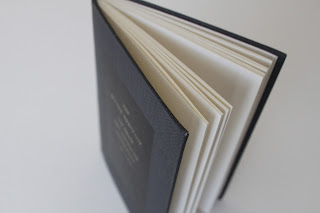 He included a postcard that he painted when he biked through Terri's town of Verona, Wisconsin. 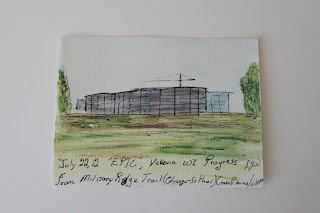 Samples of different pens and inks. 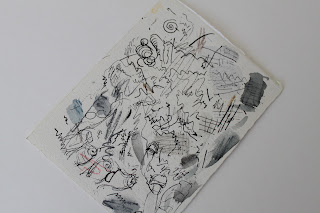 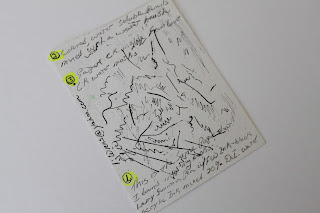 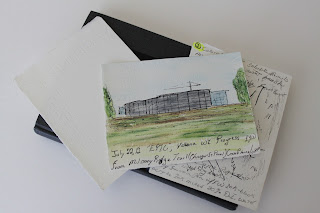 It took me a few minutes to fully comprehend this beautiful journal.

He has also turned his attention to restoring old sewing machines. 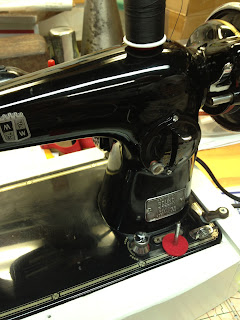 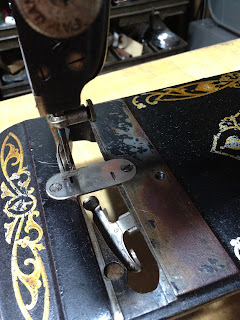 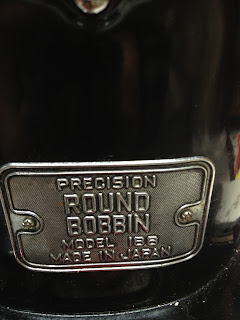 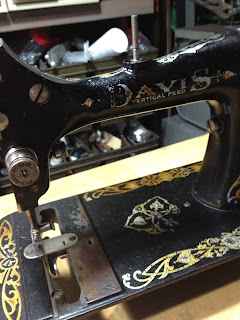 Leon finds that anything and everything can be enhanced and made better with a little modifying.

When we were in Minnesota in July, we were able to have a picnic in Leon and Sharon's back yard,along with their youngest daughter, Christina. We were also surprised by their other brother, Scott, wife LouAnn, and daughters, Michelle and Jessica. It was a fun evening. 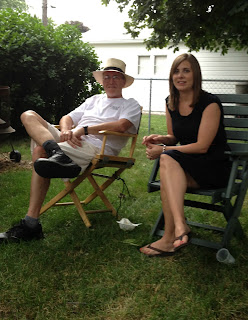 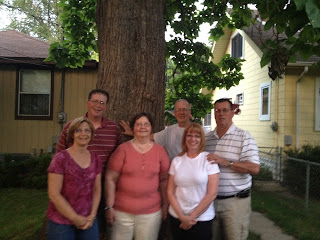 Thanks, Leon. Love you.

(Note to Leon: If you think this post needs modifying, I'm sure you'll let me know, right?)