My brother took the morning off from work, and we treated him to lunch at the Old Ebbitt Grill, Washington's oldest saloon, founded in 1856. 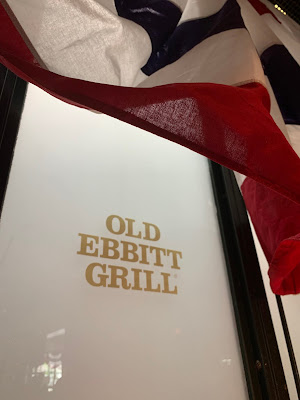 After we got off the metro and walked to the grill, we passed this orange Vespa, which also had a lot of other orange-y goodness with the banners and umbrellas. I couldn't resist taking a picture. (that is Mark and my brother in the center of the picture, probably wondering what I stopped for...) 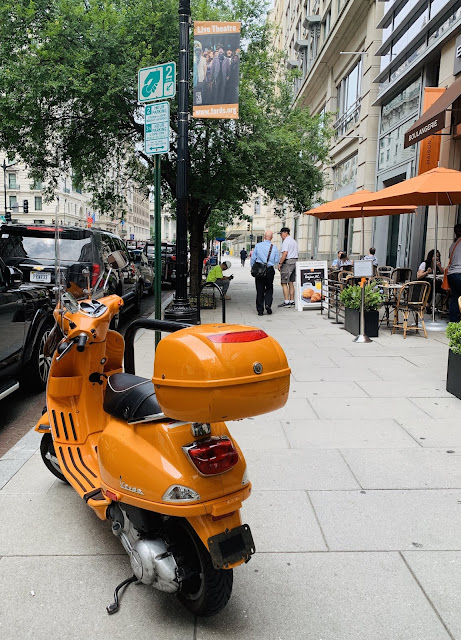 The grill was beautiful! 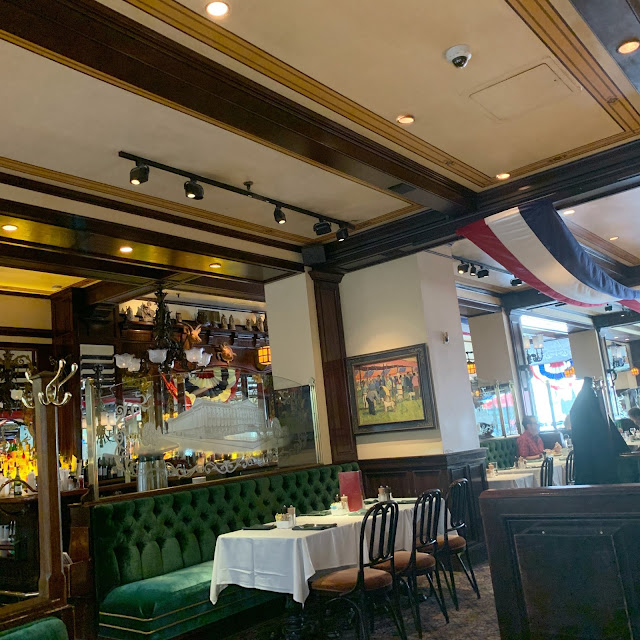 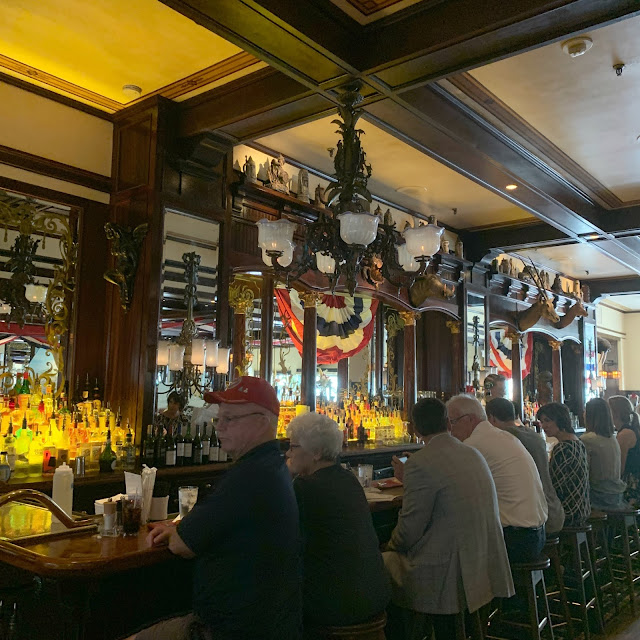 I feasted on squid ink pasta with seafood and Mark had crab cakes. 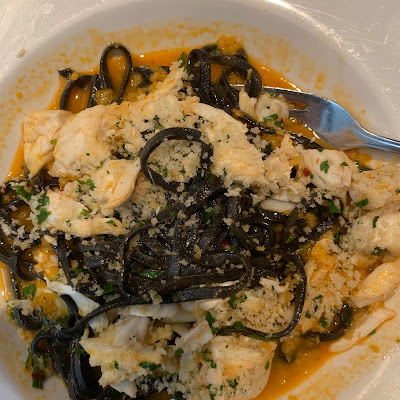 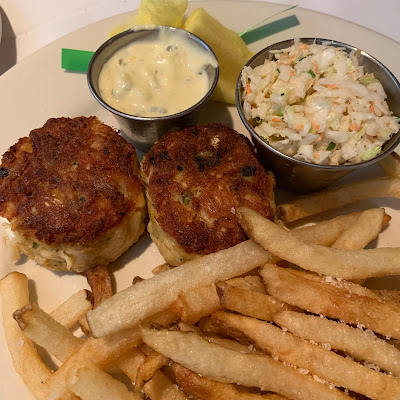 An interesting thing we had noticed was how many steps you had to take to get to the bathrooms in nearly every building we were in. We are so used to ADA compliance here in California, but after inquiring, of course it made sense that there really no way to retrofit these old buildings to make them compliant. How inconvenient though! 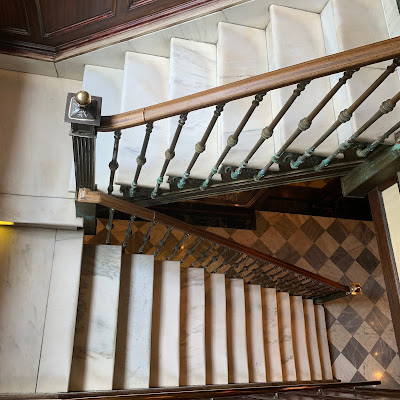 It was a good and relaxing time with Jeff. 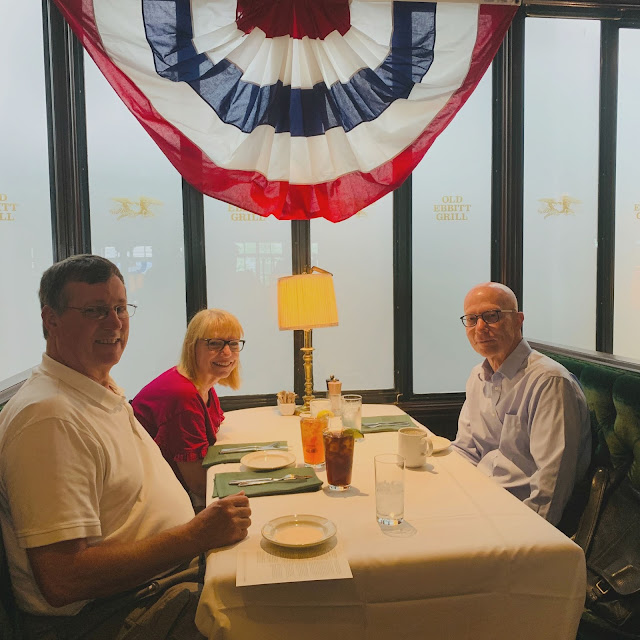 Then we grabbed a Lyft and headed back to the National Cathedral, to get my coveted pin. 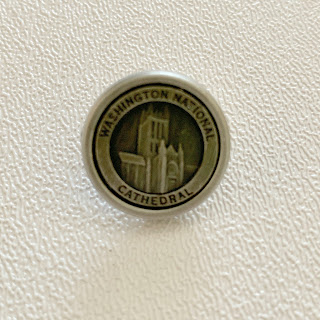 We didn't want to pay for the tour again, since that was not why we were there, so I still had my tickets from Saturday and was prepared to tell my sad story of losing my bag, etc. We really planned on just going in the gift shop, buying the pin, and leaving. However...we heard someone talking about the 7th floor observation deck. Hmmm...

So we took the elevator to the 7th floor and were greeted with stunning views of the city. At this point, until the Washington Monument opens again (scheduled for August of this year), the 7th floor affords the highest viewpoint in the city, helped by the fact that the cathedral is built on a hill. 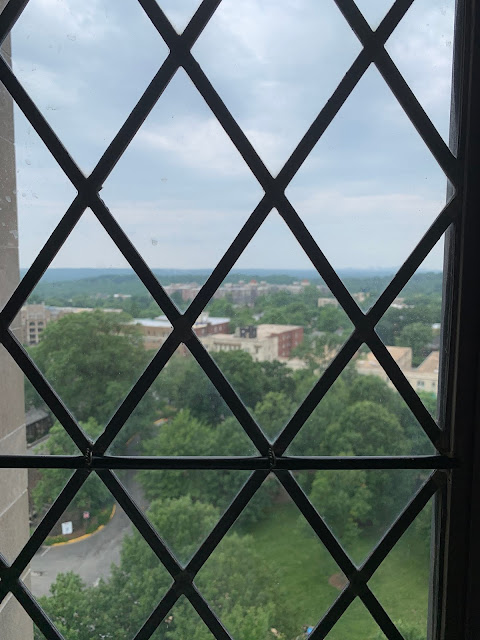 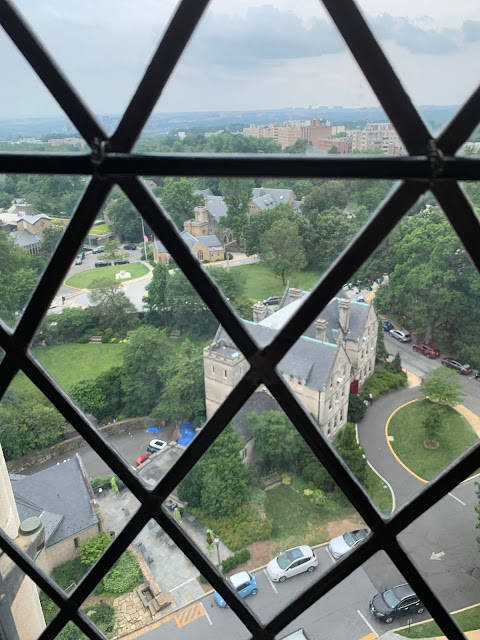 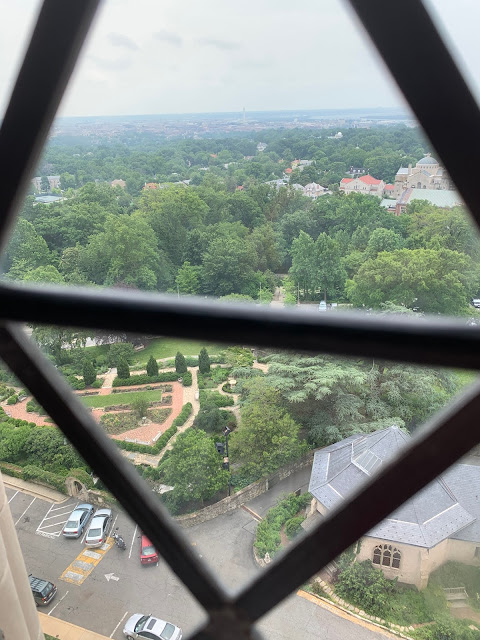 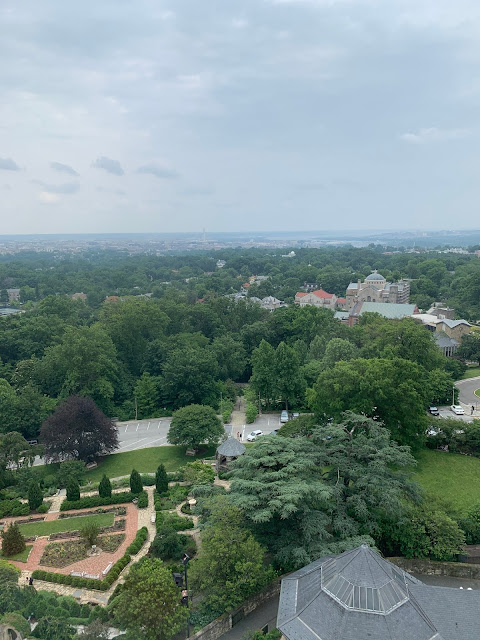 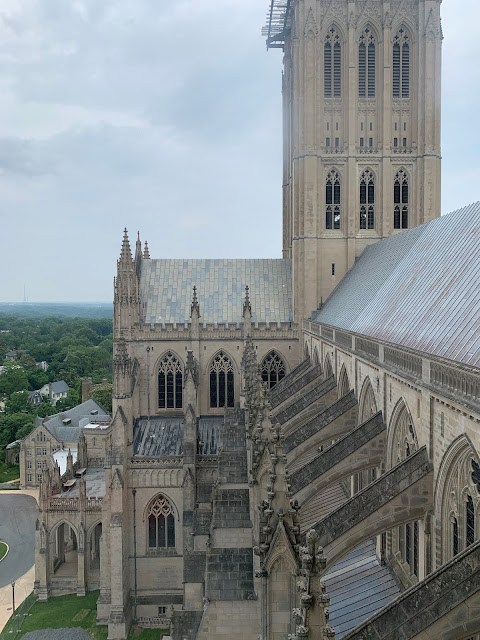 It was such a treat and we were so glad that we made the second trip. We had another snack at the cafe (this is the door into the cafe). 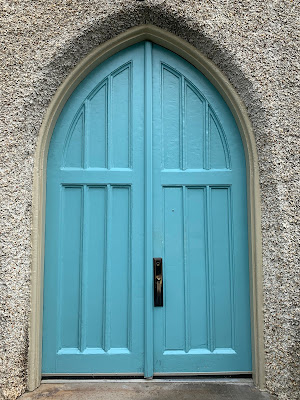 I took one last picture of this cathedral entrance door. 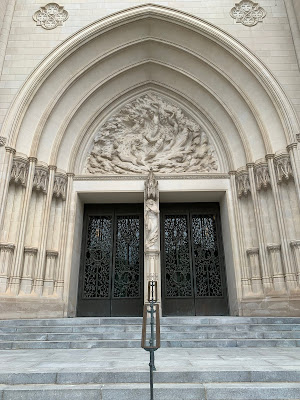 We headed back to my brother's house, as rain was forecast to begin any time. However, I had wanted to walk around his neighborhood, at least walk around the block. I needed to get one last fix of the beautiful architecture. 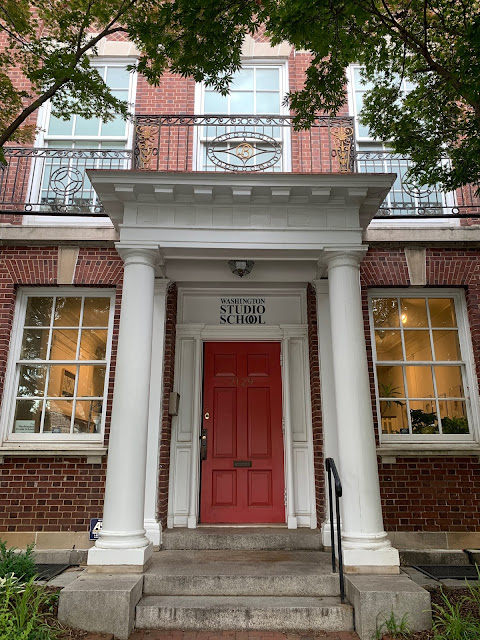 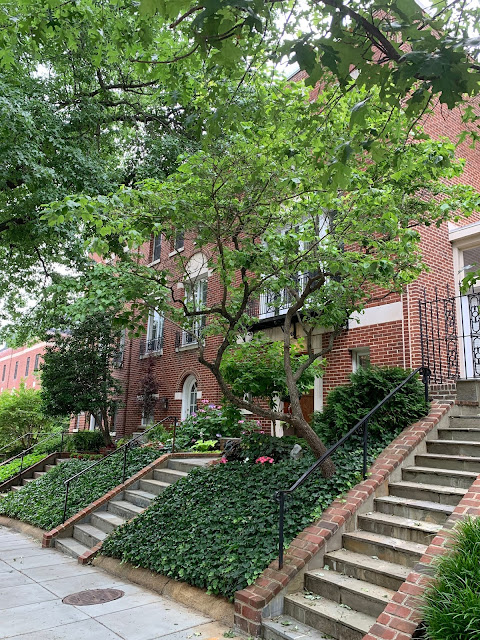 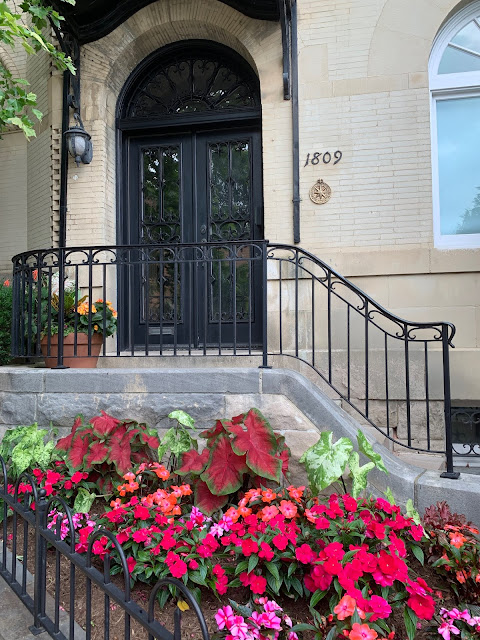 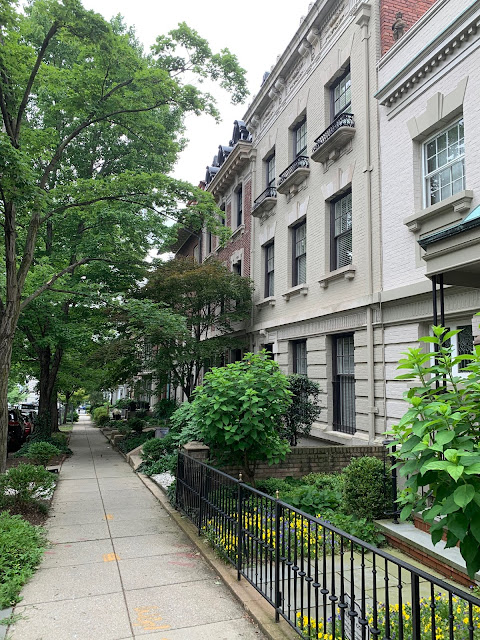 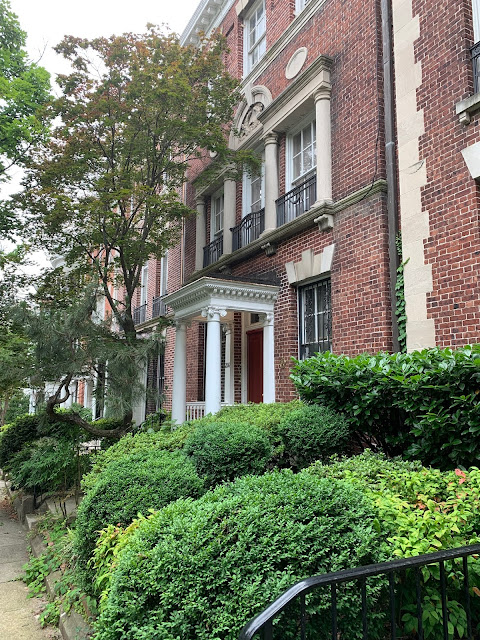 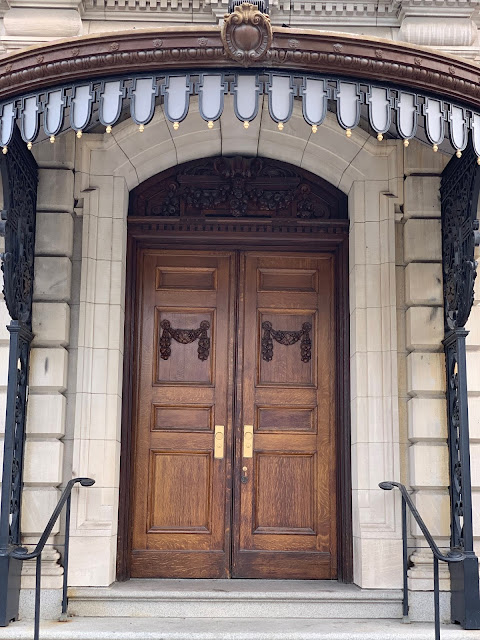 Just as we rounded the corner back to his house, the rain started. It was actually a good ending to an amazing two weeks.
Posted by Live a Colorful Life at 6/12/2019