There are a few things that are hard to include in the chronological travelog, so I will put them here.

Quilty inspiration, close to my brother's office, which is on K Street. 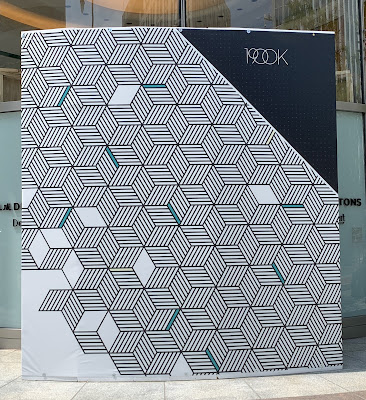 I had purchased a couple of books on Amazon--walking tours, "things to see in DC." We didn't use either one. But this--this was used every.single.day. 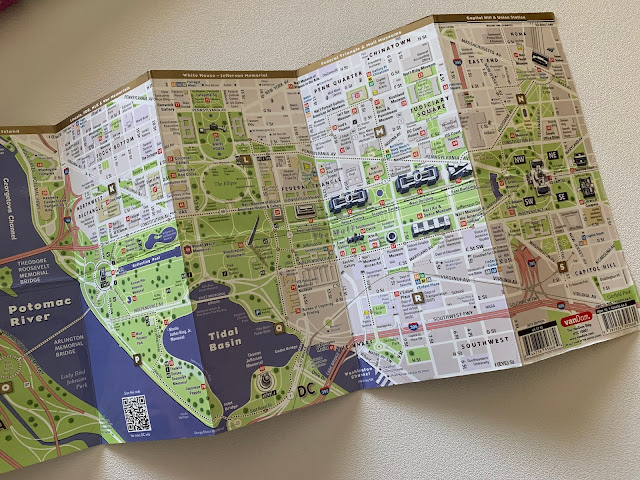 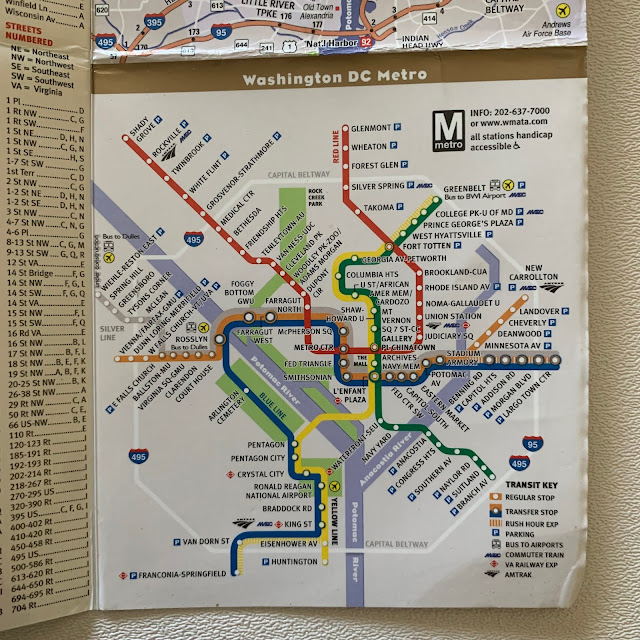 Google made it easy to plot our daily trips. 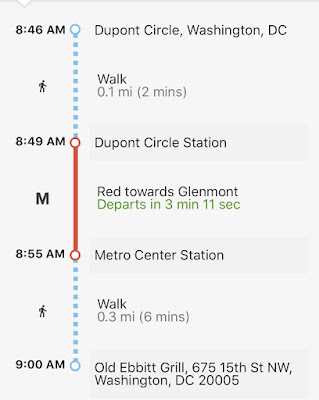 My father had two falls while we were gone. That had been a real concern. His care facility sent him to ER two days in a row, but each time he was only there for a few hours before they sent him back to Palm Village. Christa went down one day to check on him. And share some cookies together. Thanks, Christa! 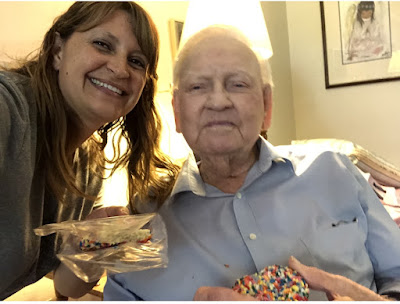 While we ate in several chain restaurants (Starbucks on the way to the metro, Shake Shack and Chipotle in Union Station, and Ruth's Chris Steakhouse across the street--which has a killer happy hour by the way), we tried to eat local.

These included:
A bar and grill on the waterfront
Black Salt in Georgetown

And everything else was within walking distance:
Glen's Garden Market
Magnolia Kitchen and Bar
Sette Osteria
La Tomate (Italian)
Bistrot du Coin (French)
James Hoban's Irish Restaurant (which turned out to be an adventure--Jeff kept telling us it was "close." Um, no. We kept telling him it was supposed to rain. Which it did. It poured! We hadn't brought our raincoats because we thought it was "close." Ha.) Because Jeff had brought Moose along, he had to stay outside in the rain. Oops... 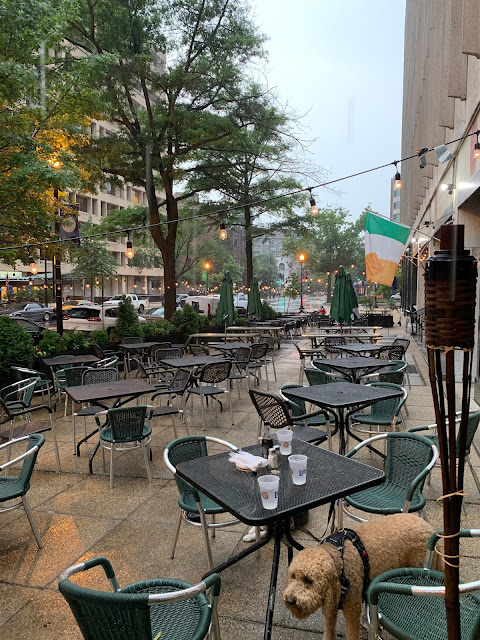 It was interesting to see this "diplomat" license plate in front of Jeff's house. 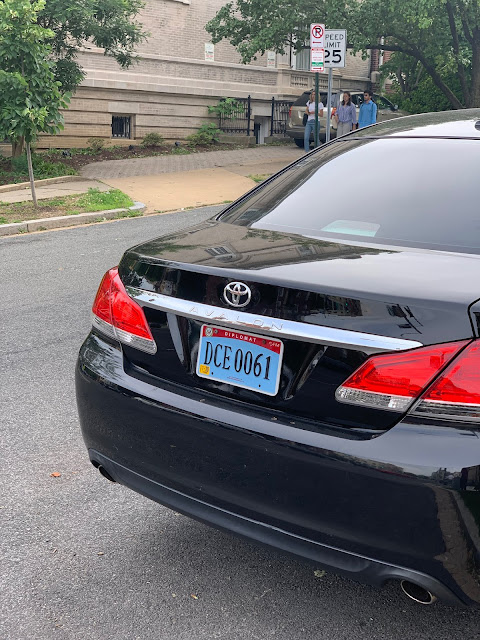 We had several thunderstorms, including one with hail. I know it's hard to see the pouring rain. You can just make out the hail on the sidewalk. However, I love this picture because everything is so green and lush. Also, that door on the left up the steps is the home of Maxine Waters, representative from California, although we never saw her coming or going. 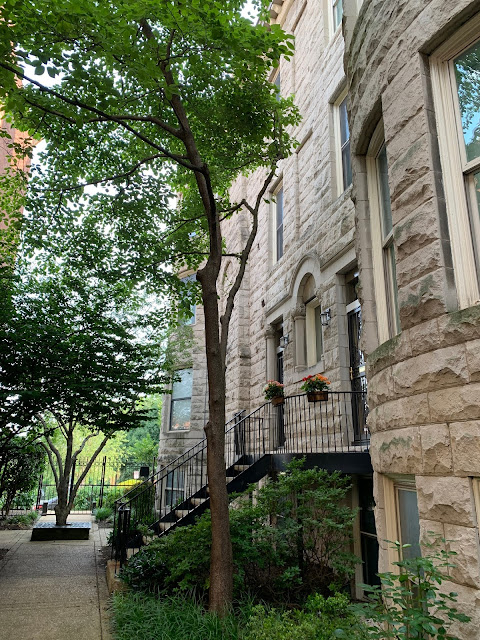 Did I mention there was a Steinway grand piano and a cello in our bedroom? 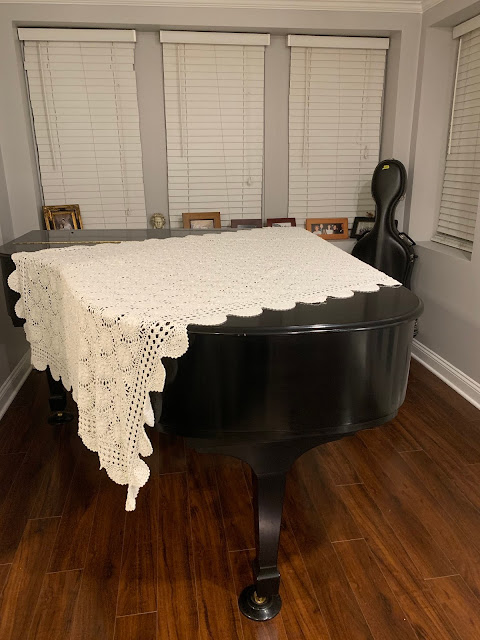 And here's an interesting stat, at least to us: According to our Apple watches, we walked nearly 65 miles, including 74 flights of stairs. 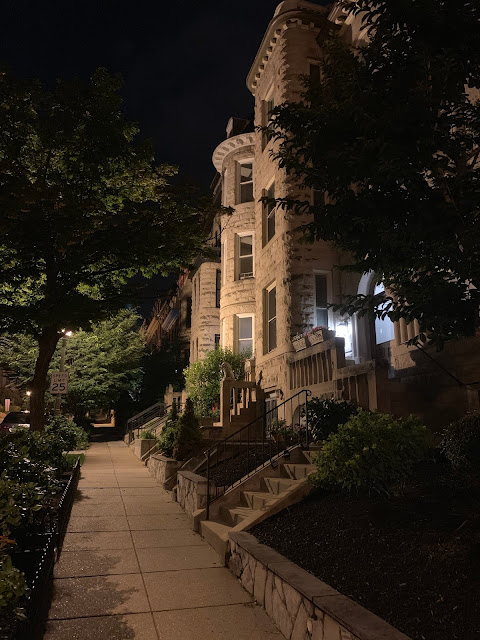 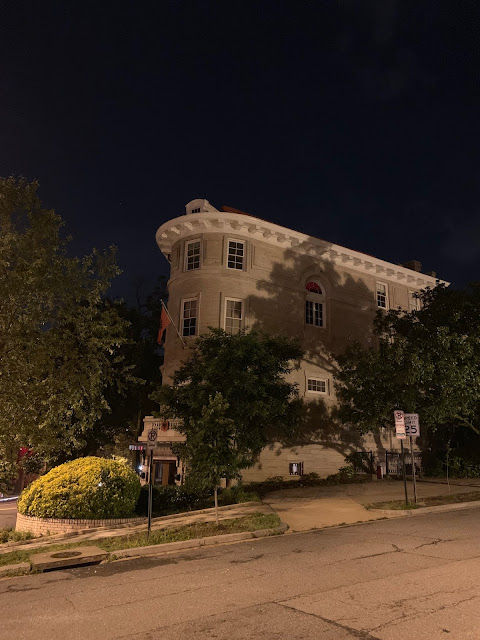