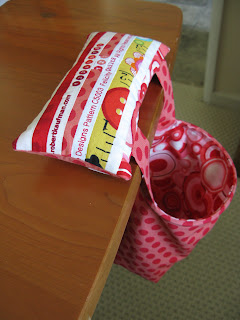 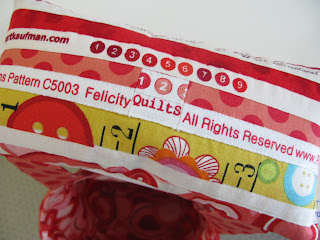 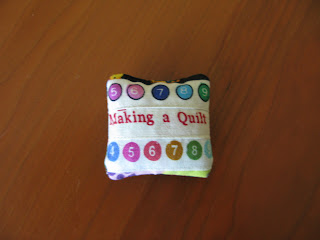 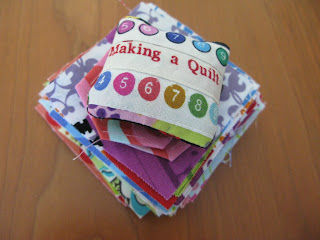 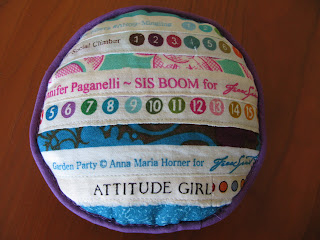 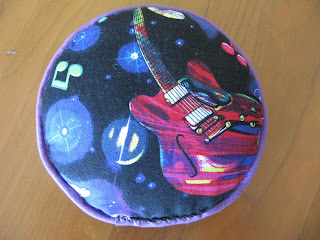 Oh my goodness, that round pincushion turned out so awesome! I love the selvages you used, and that fabric on the back ROCKS! You rock too, Cindy. I love Felicity's thread catcher. How cool is that, you used a selvage with her name on it. Such a great way to customize a project!

Those are adorable!! I love the thread catcher with the pincushion idea.

You are so creative!!!!
Valpal

Hooray! Again, thanks, Cindy - it looks so great and I can't wait to put it next to my machine.

That thread catcher/pincushion combo is fantastic!!

these are fun! so cute and tiny!

Those turned out so cute! I'm going to have to make one of those for myself one day.

Have I ever told you that a thread catcher saved my marriage?? ;) You should start selling them... husbands everywhere will buy them to keep the little threads from being tracked all over their home!

hooray for teeny pincushions! can't wait to get it!

those are some fun pincushions!!! you look like you are having way too much fun. :)

oh, i forgot to add that i adore the thread catcher, too. LOVE it!