September started with a concert with the Fresno Philharmonic, featuring the music of John Williams, the genius who has written countless movie themes and is one of my favorite composers of all time. Mark and Christa were each busy that evening, so Aaron and I went with Charlotte and Levi. Before the concert, there were characters from the various movies in the lobby. 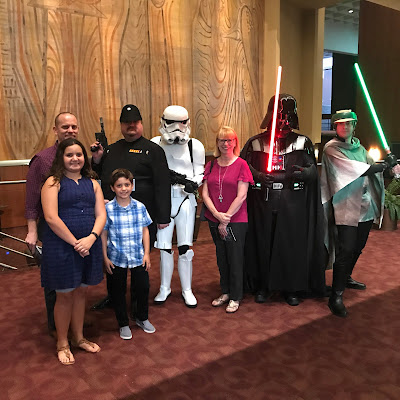 Since Levi is reading the Harry Potter series, of course he needed to take a picture with the characters from the book. 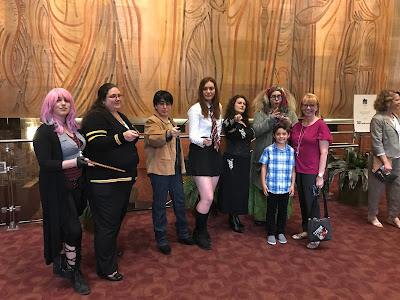 The themes from Star Wars were saved for the last part of the concert. When the characters paraded on stage in front of the orchestra, they stood there for a few minutes, and then looked at each other, seemingly not knowing what they were supposed to do or how long they should stay on the stage. They finally ended up walking off. It was kind of amusing. 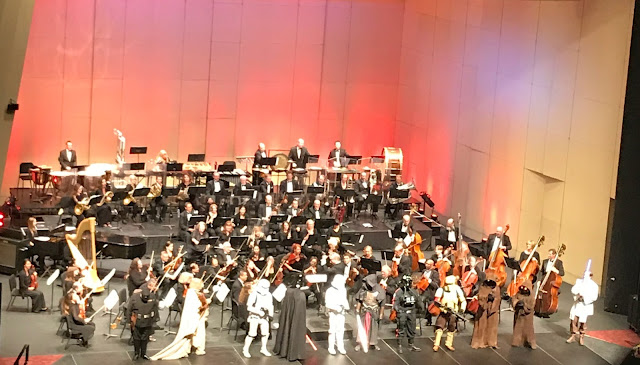 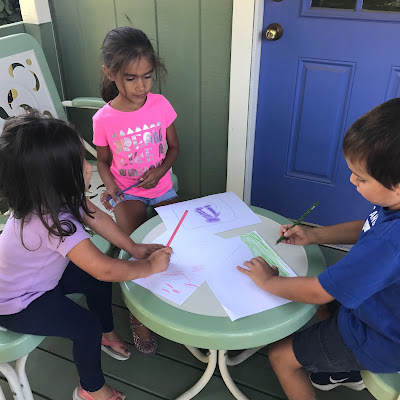 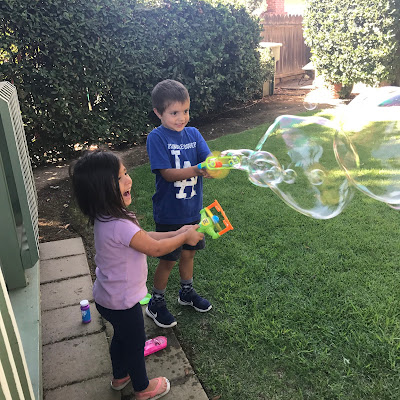 Charlotte's birthday is on September 19. While I thought she was still completely obsessed pandas, she informed me that she also loved unicorns. I had purchased a unicorn pattern awhile back so two days before her birthday I decided to start making it.

Paper piecing on a massive scale, considering it is only an 18" pillow. I forgot how long it takes to paper piece. 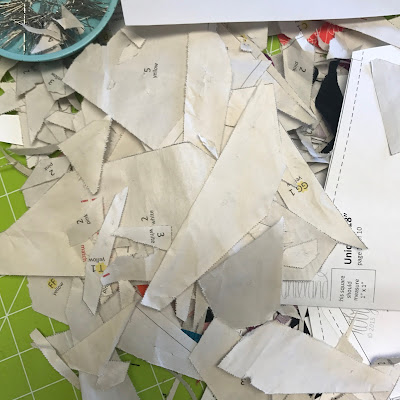 But it was all worth it. 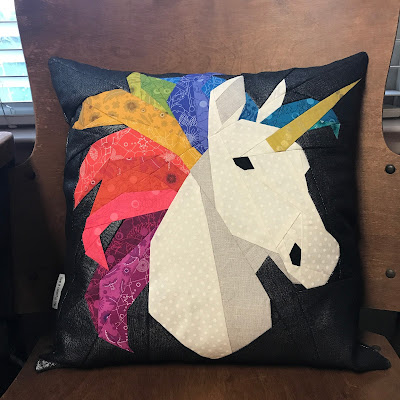 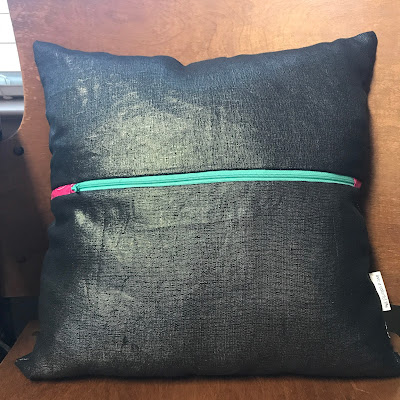 Mark always likes to give her flowers on her birthday. This year was no exception. 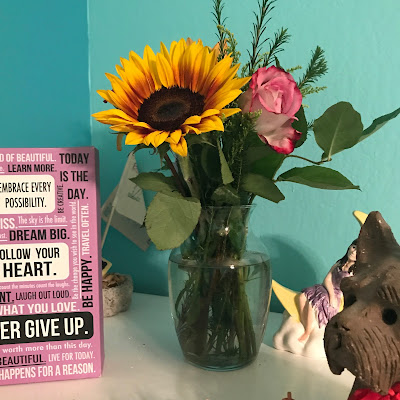 Gabe loves cats. I ordered some cute cat fabric from Sunnyday Supply and he was thrilled with it. 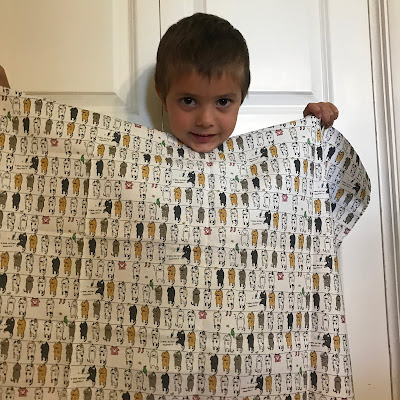 Mary and Shawn always enclose the cutest buttons. And this time it was a cat button. Silly face on a silly boy. 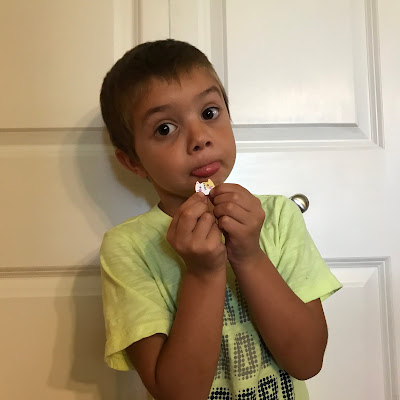 Mark also got me flowers. Years ago I used to think buying flowers was not the best use of money. Now I just love it when he surprises me. 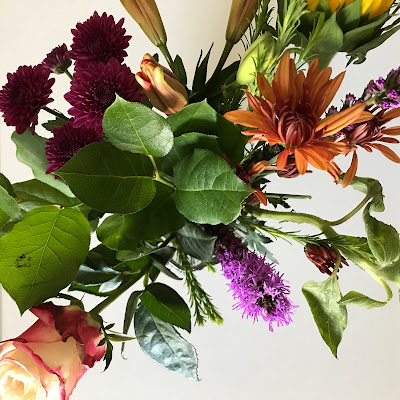 I started knitting a new afghan. The pattern, "flowers in a row," had me completely stumped for the longest time, even with YouTube videos. But I finally got the hang of it. 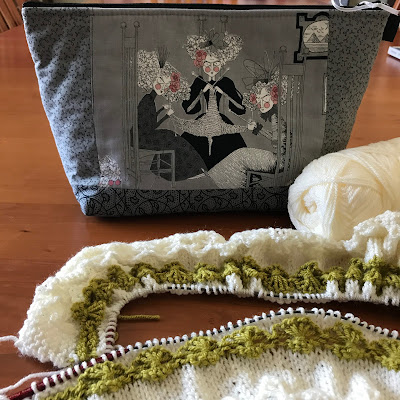 We always meet our dear friends, Russ and Ingrid, overnight in Carmel. We did a photo op of the quilt I made for my friend, Terri, called "My Bohemian Ex" (more pics in a separate post) and had a lovely dinner at the Chart House, one of our favorites. 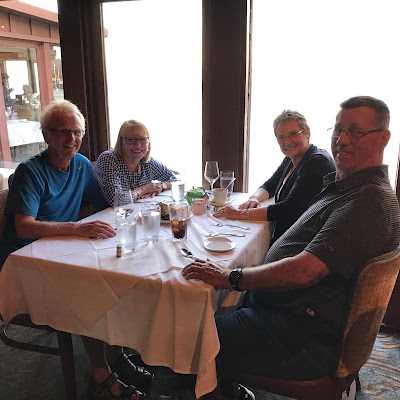 September also means "Friday night lights" for Mark, Aaron and Jason. They often ref outside of Fresno, but one night they were reffing a game at Central High School, which is nearby. So Christa, Jill and I, along with the kids, headed over to the game to watch them. 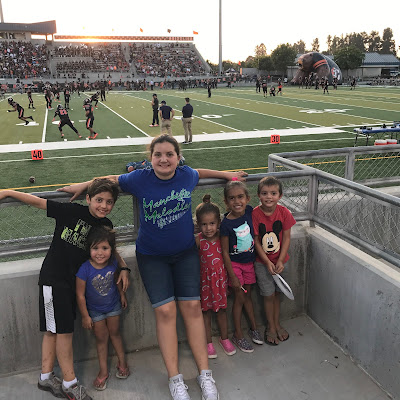 Concentration on the game was fairly limited... 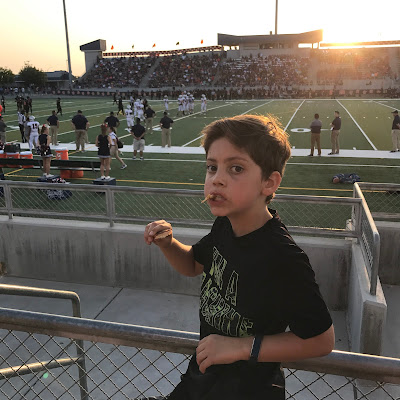 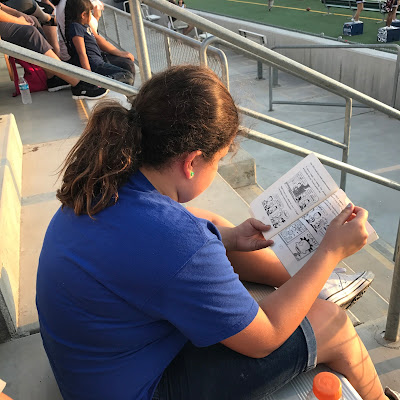 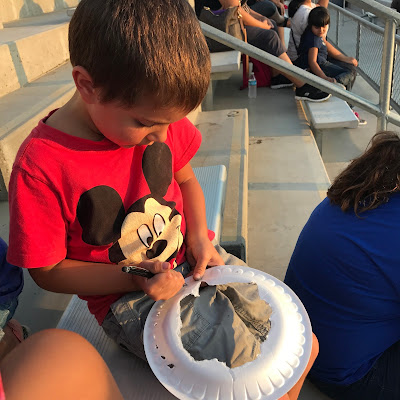 But it was nice to have the refs come say hi at halftime. 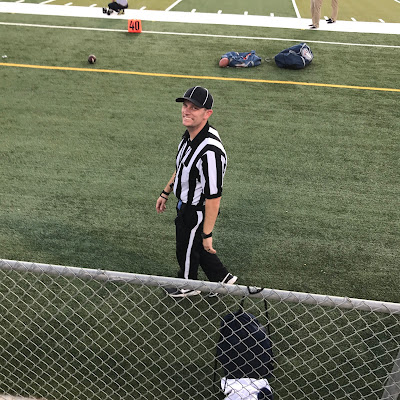 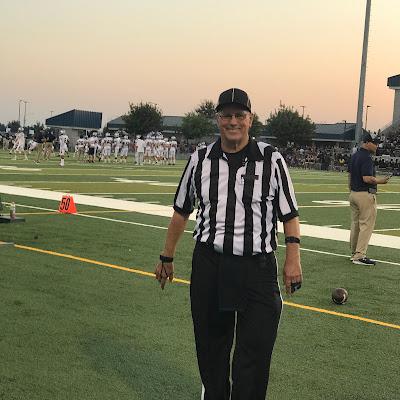 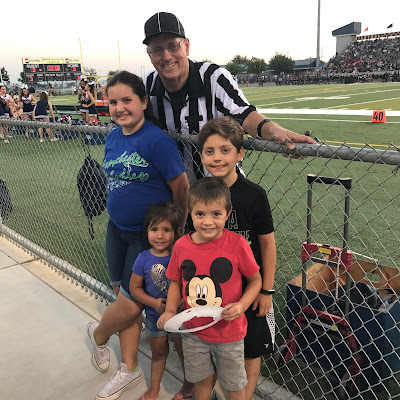 A few more shots from various games during the season: 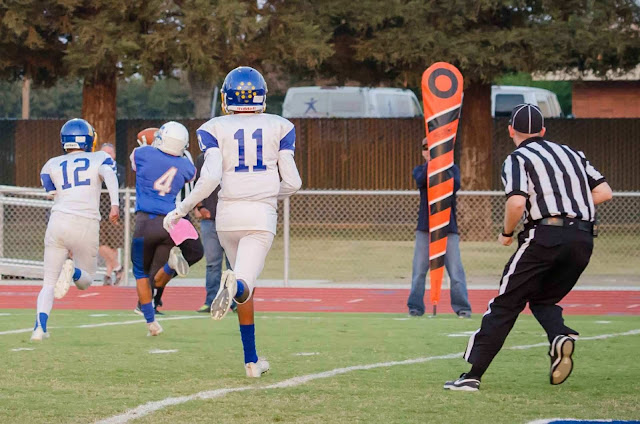 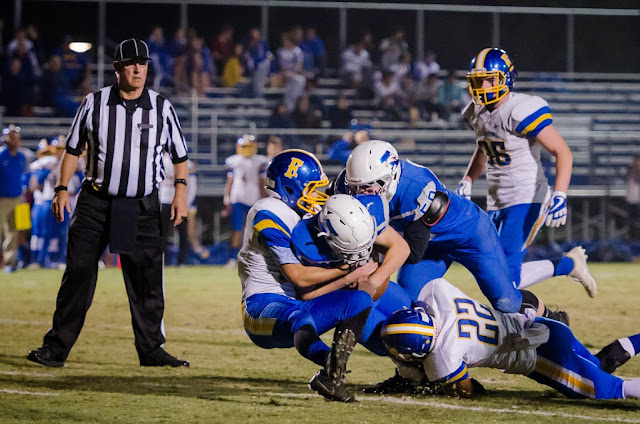 Mark getting ready to make a call. 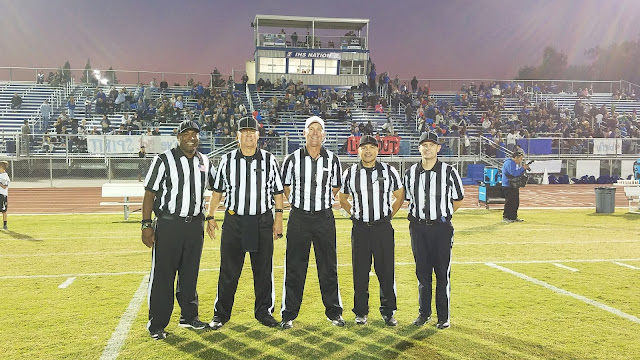 I'll end the recap for September with this sign, seen outside the Mennonite Quilt Center in Reedley. 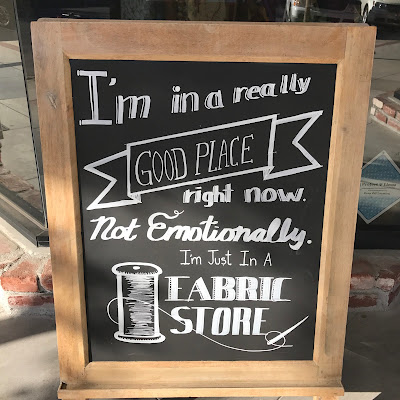 Happy New Year! The unicorn is fabulous - I haven't figured out paper piecing, so it is even more impressive than you know.