I didn't have enough to write a Really Random post last week, even though it seems like a lot has been going on. This one will be short as well.

A couple of weeks ago I presented my trunk show "From Start to Finish" at the quilt guild in Dinuba, about 45 minutes away. They were the nicest group of women. I don't have any pictures of me, or Mark (who likes to go along as the quilt holder). This is all I've got... 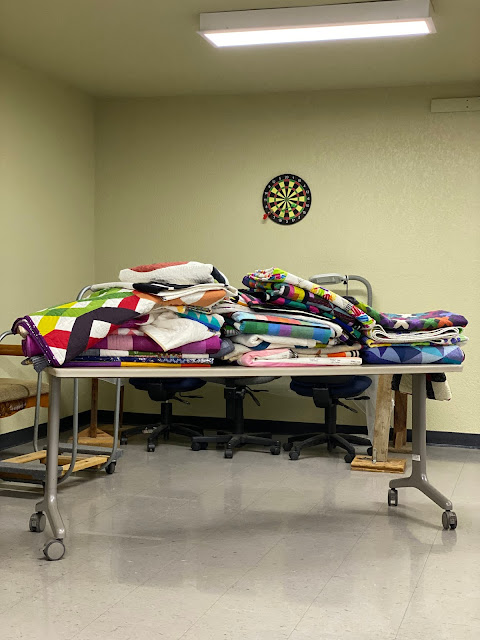 Sometimes I still can't believe I'm getting up in front of a group and actually speaking!

Last week was Levi's last soccer game. He is in sixth grade and next year he could only play if he went into club soccer. He has improved so much over the last couple of years and it is really fun to watch him play. But as he told me, his true love is baseball, which is just around the corner. 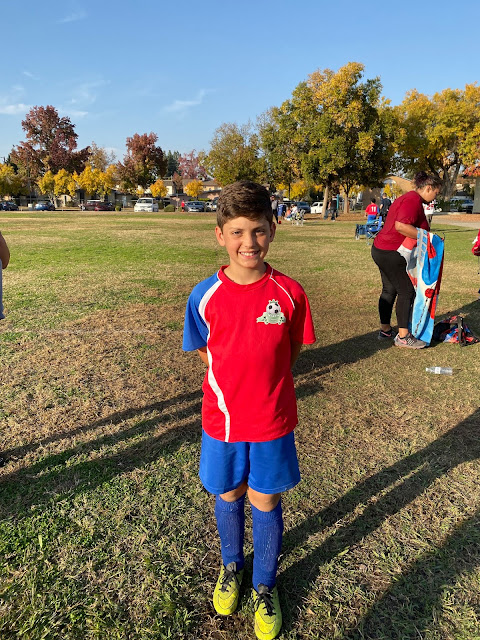 Mark and I went to see Charlotte (who played one of the leads) in her 8th grade production of Guys and Dolls. I know I'm biased when it comes to my grandkids, but believe me when I say she was the star of the show. Her voice was strong and always on pitch, and she was confident with her lines. She is considering going to the local high school that has an emphasis on performing arts--I hope she does as she really is super talented. 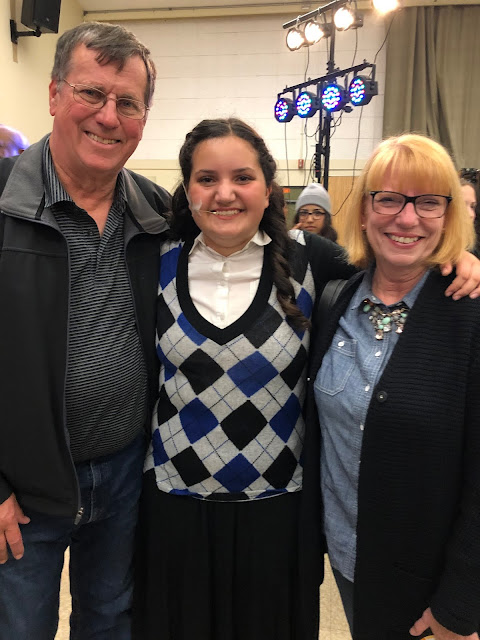 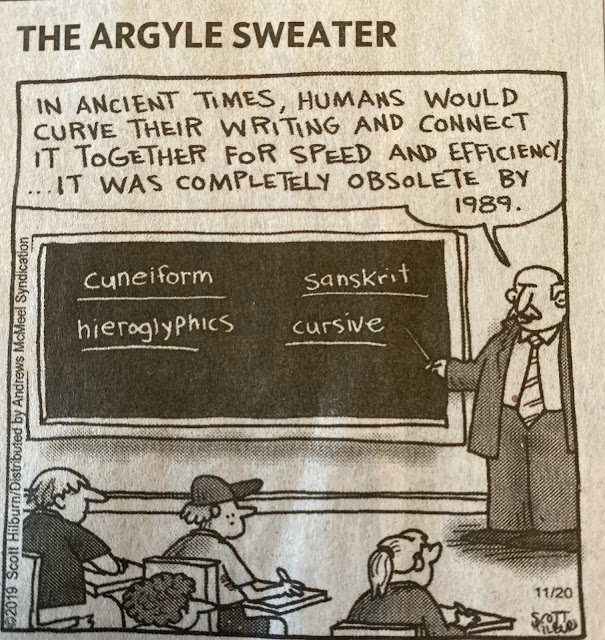 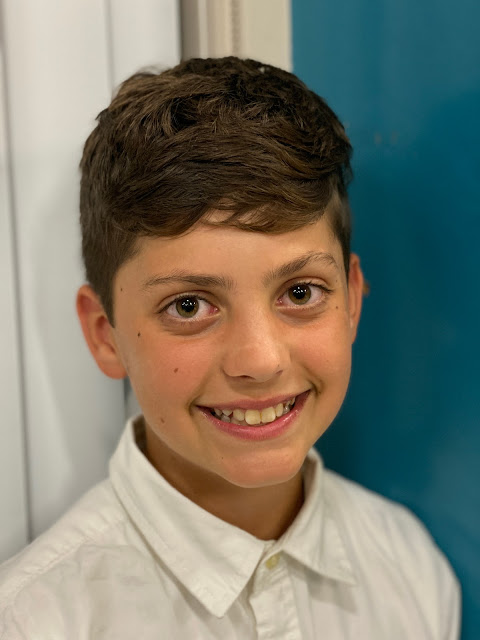 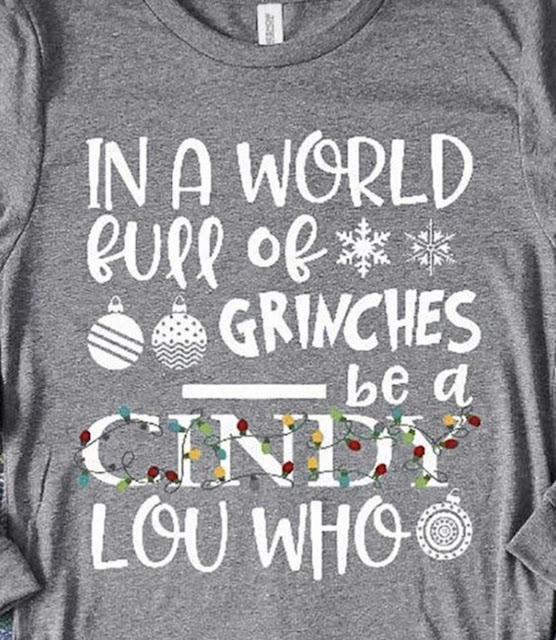 I tried to get a picture of Gabe and Gramps. It's a challenge, as the only pictures Gabriel wants to pose for consist of funny faces...but I want to remember this phase too. 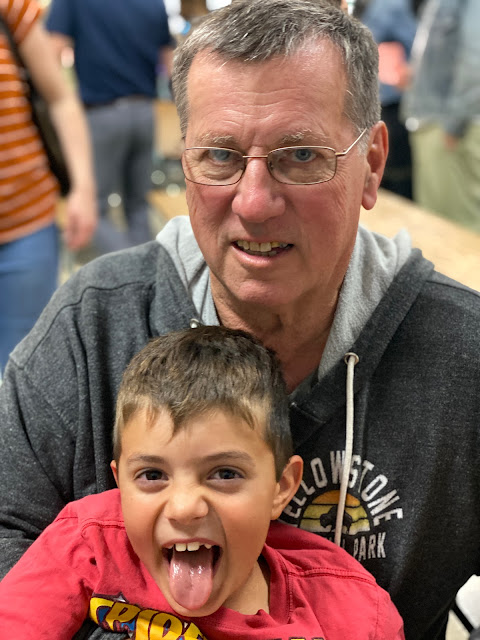 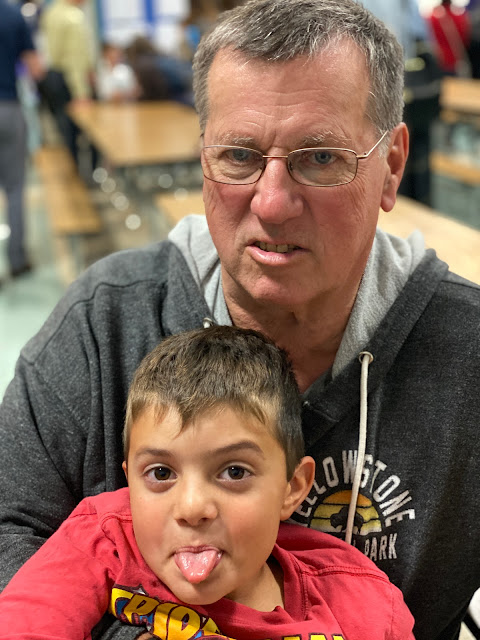 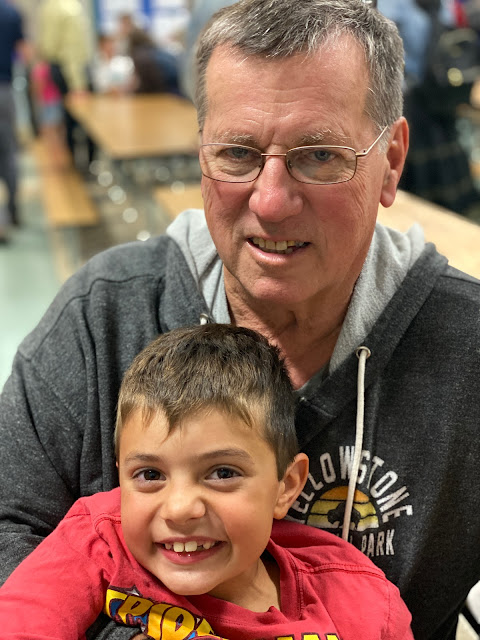 Can you believe Thanksgiving is a week from today?? Just in case.... 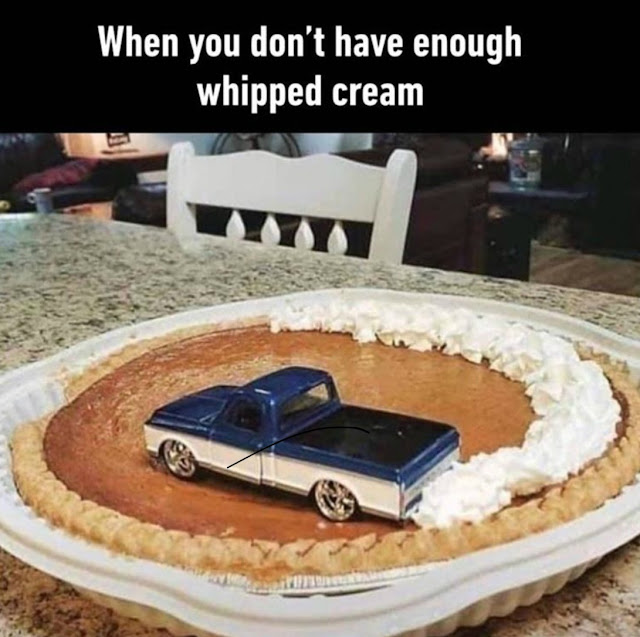